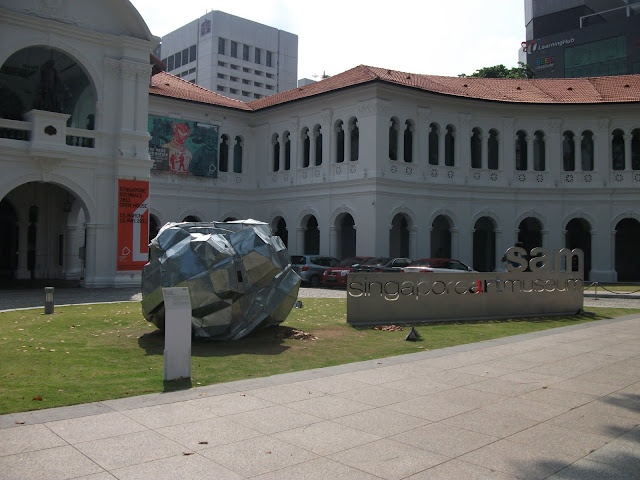 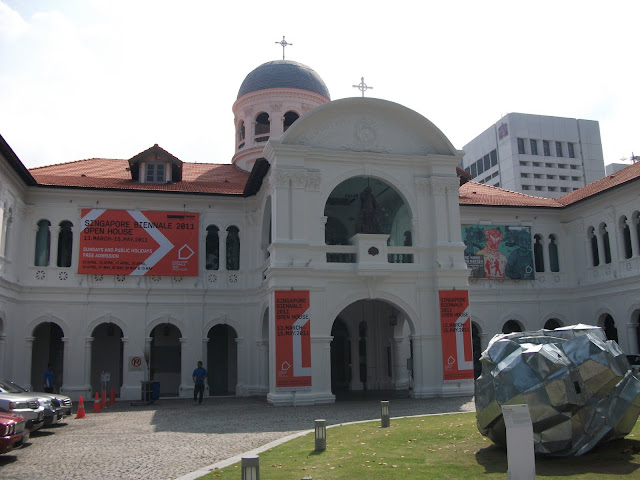 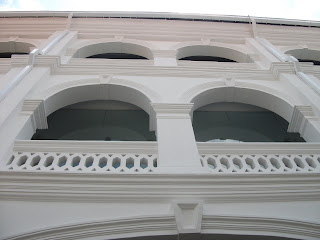 Last week I visited the Singapore Art Museum.  Before I went I actually had no idea what type of art was on display there but I was curious to take a look.

I am not an art aficionado but I do enjoy wandering around galleries.  The art on display here was all by local artists from Singapore, the Philippines, Cambodia, Malaysia, Thailand, Indonesia and so on.  It was in the main, I guess, what I would describe as modern art.  Though I admit I am not an art expect so apologies if I'm incorrect in my assessment.

The museum is housed in the former St Joseph's Institution, a Catholic boys' school that was relocated in 1987. It is a beautiful building of the kind (along with shophouses) that I so admire in Singapore. 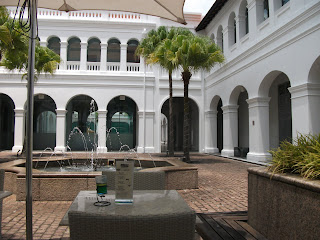 The art on display portrayed a variety of themes and certainly some presented a challenging perspective on past events in South East Asia and the artists' own lives, some of it pretty graphic in nature.  Some of the art was interactive allowing you to become involved in the piece.  One particular piece was a series of old fashioned school desks with scenes from protests in Thailand scratched into them.  As you looked at the piece you could sit at the desks and take rubbings of the art with the paper and pencils provided.  There were also some beautiful pieces, one that struck me was a series of spoons (the type that are commonly used in Asia) with a series of pictures painted on them telling a story.  I thought this was lovely.  There were also a series of watercolours portraying past village scenes painted by a Singaporean artist that were very impressive.


I have to be honest and say that not all of the art was to my own personal taste.  I'm sure though I'm not alone in finding some pieces more appealing than others in the museum.
Email Post
Labels: art museums photos places to visit Singapore Singapore Art museum
Location: Bras Basah Rd, Singapore