Chill Out Bars in the Lion City - Part 2

Once again my fiance has been writing for my blog and is sharing his thoughts on other good bars in the Lion City.  If you like what you read follow him on Instagram, @nomadiclancashirelad

So it seems that the first instalment of the Chill Out Bars has been a success in terms of the number of hits on this excellent blog. Are we all party animals that enjoy nothing more than a few beverages in Singapore’s watering holes?

Anyway, I thought I would write a second edition so that we can try some different places. So here goes.

Again in no order of preference: -

I understand that some may not agree with my choices here or before, if that is the case please please suggest your own top five.

Boomerang is a chilled out bar, cum restaurant at the far end of Robertson Quay (the quieter, more relaxed of the three Singapore Quays) with excellent river views and ‘modern Australian’ tucker (when I lived in Aus I always wondered what ‘modern Aussie’ food was, Western food with Asian influence / fusion). Anyway the place is split into a restaurant area for serious sit down eating, chatting and relaxing into the day with a sumptuous brunch and bar area with high tables and stools (the full menu is also offered in this area). I must state that I have only been here in the daytime for lunch / brunch (scrambled egg with smoked salmon, yum) but the vibe is chilaxed. It can get busy during Australian sporting fixtures, such as Aussie rules or rugby union matches (where tables will be reserved near the TV and an England shirt is not appropriate) but that’s OK. They also serve a great beer in Pure Blonde (low carb beer, it’s good for you, honest).

UPDATE - Boomerang lovers will be excited to know that there is now a branch at Boat Quay as well. 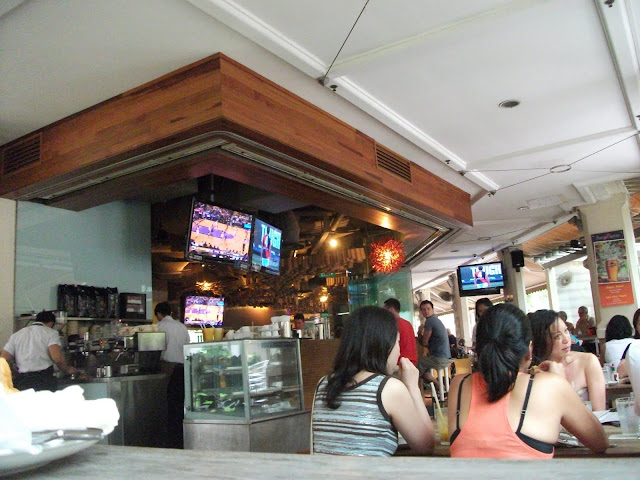 Ooesters is a Belgian bar in Far East Square, just off the Central Business District (CBD) that serves a vast array of beers from the second greatest beer producing nation on the planet (obviously I class England as number one for such fine brews as London Pride, Hobgoblin etc) including Leffe, Kwak (it is truly horrid but comes in a funny glass that needs a special stand). Additionally the bar serves the usual Belgian fare of mussels, steaks, chips with mayo etc. The food itself is pretty good, last time I went I shared a half kilo of mussels with friends (the sauce they were served in makes a good soup once the mussels are finished) and steak frites with pepper sauce. A friend had beef casserole with chips that looked grand. The bar itself has wooden panelling and seems to be very oldie worldy, which is kind of comforting, although one can sit outside and people watch.

Harry’s at Chijmes is one of many many Harry’s Bars (are they taking over the island, there seems to be a new one popping up every five minutes everywhere) and is also home of the Liverpool Supporters Club in Singapore (called, rather appropriately East of Anfield) and therefore shows most premier league matches. A special atmosphere is saved for games involving the once mighty Reds where fans clad in red (or other replica shirts) sing, chant, cheer and despair depending on how the game is going (members also get a discount card for drinks and food, valid any time and in any Harry’s, making a Tiger pint cost $11 as opposed to $15 normally). There is Liverpool memorabilia on the walls (signed shirts, quotes from God (Bill Shankly), programmes etc) and a pool table. Food in the bar is average, but okay (burgers, nachos, chicken wings etc). If a football based bar is not your thing there are plenty of other bars and eateries within the convent complex (my favourite is the pizzeria on the garden level, for great food and a lovely location). Come on you Reds.

UPDATE April 2015 - having recently been to the revamped Chijmes whilst Harry's is still there it looks like the supporters club may have moved elsewhere.  However I've no idea where, can anybody help? 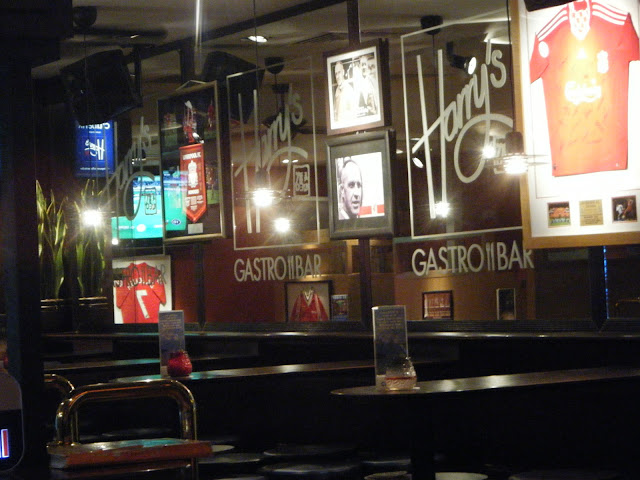 The Post Bar is the main bar at the ultra-posh Fullerton Hotel and is named due to the fact that the Fullerton Building was at one time Singapore’s General Post Office (amongst other things, it was also a gentleman’s club, like the Reform Club in London, i.e. not seedy). Anyway, back to the bar, it is on the ground floor, dimly light with soft tone lighting and has a good old British post box in the entrance foyer and serves a full range of beverages, include awesome (what an American word) cocktails. I am told that the Singapore Sling is the best in town (made fresh, unlike at that other institution, Raffles, where it is pre-mixed). Personally, I usually go for a glass of Cloudy Bay (in fact the barman generally starts pouring before I ask, not sure that is a good thing). I have not eaten at the bar, except the beer snacks of nuts, wasabi peas etc. Best time to go is in the early evening when it is not too busy, although the music is often a tad too Ibiza-like. 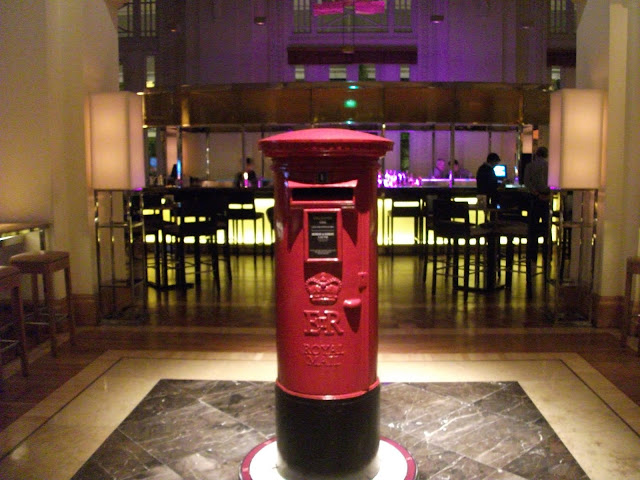 Dallas on Boat Quay is a narrow bar at the UOB Plaza end of the quay (therefore far too handy for a lunchtime or after work beer) that serves a great range of food for the hungry banker (a word of warning if you order the Chicken Parma, you need to be starving, it is massive). The bar gets quite busy of an evening (except this week, it was raining and the bar was dead) with a loud after work crowd that spills out on to the pavement from the bar and the terrace area. As for drinks, these are the standard available from anywhere, wines, beers (Stella and San Miguel on tap) and spirits, there is also a cocktail menu.