Hong Kong - Taking a Trip on the Tram

Well we did eventually anyway.  We'd hoped to get up to the peak all weekend, we finally got good weather on the Sunday and decided to venture up there.  Although we left fairly early in the morning, I'd been warned queues for the tram can be horrendous and sure enough there was already an hour and a half wait to get on.  Our initial thoughts were not to bother but after a bit of debate we decided we'd see if we could a taxi up to the top instead.  This we managed without any difficulty and we were soon making our way up. 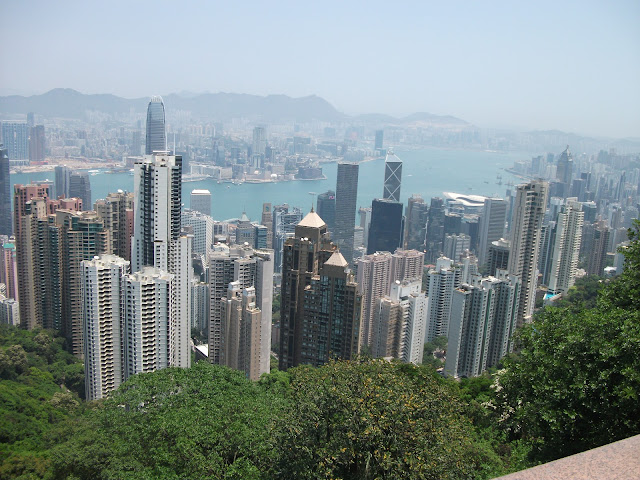 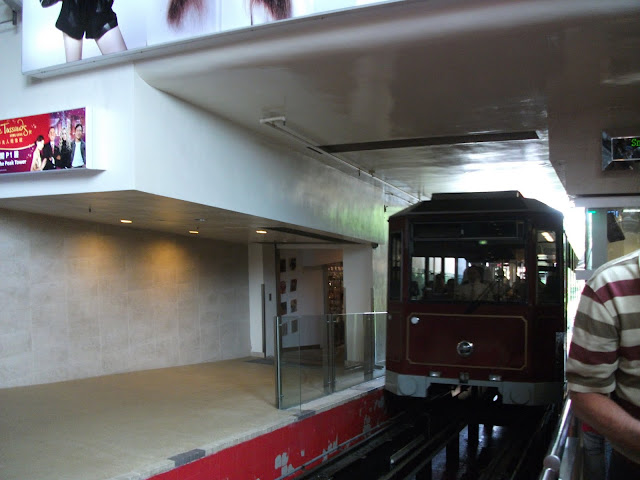 The peak is Hong Kong island's highest point and I have to say you wouldn't want to walk it or bike it, though we saw several people doing just that on our way up.  As we travelled up we passed countless condo blocks and residential areas.  It clearly is the place to live in Hong Kong and has been apparently since the British arrived in the 19th century.  Surprise surprise as well when we reached the top the main viewing areas were housed within a shopping mall.  The views were well worth the trip up and gave me a real feel for Hong Kong's size with its towering skyscrapers stretching out as far as I could see on both sides of the harbour. 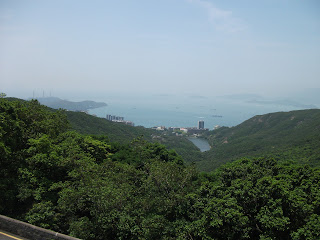 Once you are at the top of the peak and have admired the views from the various viewing points there are walks you can follow to see more and refreshment stops and shops to browse through right at the top.  We did follow one of the paths for a short way and came across the pagoda and viewing point in my photo below known as the Lions Pavilion, built by the Lions Club of Hong Kong.  Here you could get lovely views framed by the pagoda, although it was a very popular point with tourists.  In comparison everywhere else on that route at least, was relatively quiet making for a very pleasant walk. 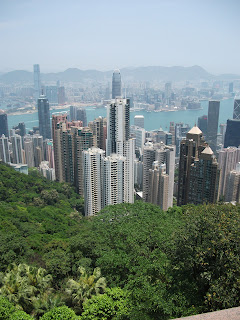 As we did not take the tram to reach the top of the peak we thought we'd see if we could at least get it back down.  Luckily the queue to go down was very short and in no time at all we'd purchased our ticket and were waiting on the platform.  Unfortunately you are going backwards down so it is not so easy to see the views, I assume.  However you can still see how steep the climb is as the condo blocks we passed looked at such a strange angle to the one we were travelling at in the tram.  Perhaps from this point of view it is better to be facing the wrong way as I imagine it being rather like a fairground roller coaster ride coming down. 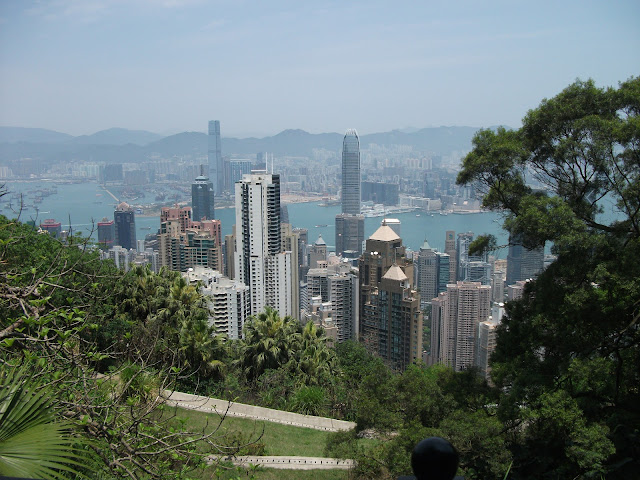 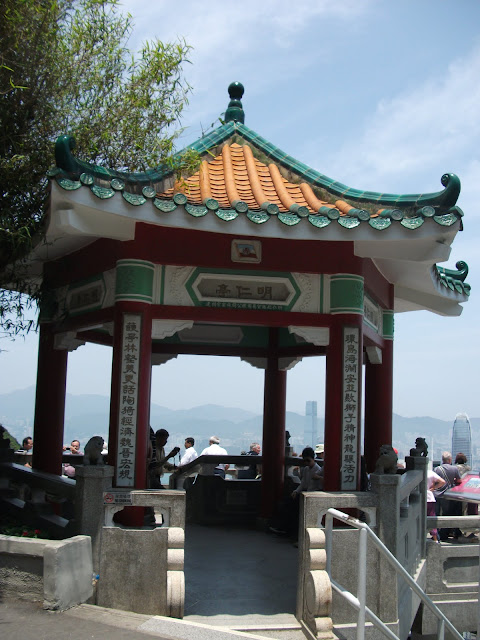