This cemetery has to be the most desolate part of Singapore I've yet to experience.  I honestly never realised anywhere here could be so devoid of people, even when I've visited the areas of jungle on the island there have always been people around and noise but here nothing but nature.  Bukit Brown cemetery has been in the news a lot recently and I know a lot of people have been taking the time to pay it a visit.  Even though visitors may have increased it is so beautifully still, wild and untouched in a way nowhere else in Singapore seems to be. 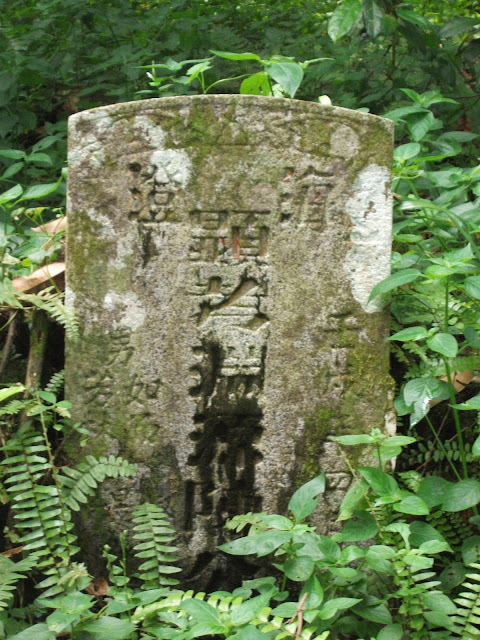 The reason why Bukit Brown cemetery has become so popular?  The area of land is likely to be redeveloped and as a result I wanted to see it before it was lost forever.  I actually first heard of the cemetery a few months ago.  I'm interested in the paranormal and happened to catch a programme featuring a Singaporean based team of ghost hunters who spent a night here.  Whilst I did not fancy that I was curious as to whether it would be possible to visit.  A disused Chinese cemetery sounded appealing to my interest in history as well as my liking for things a little spooky.  A bit of investigation showed it was possible so it was added to my long 'to do' list for someday.

Suddenly Bukit Brown cemetery was making news as plans were announced to redevelop the area.  There has been much debate as to whether this is the right thing to do or whether the cemetery should be preserved.  Personally I feel it will be a great shame for this place to go the way of many other cemeteries and areas of historical interest on the island and be lost to future generations.  That is one of several things that I do miss about the UK, having ready access to preserved buildings and areas of historical importance.  Singapore has much to offer from a variety of cultures and some of it should be retained. 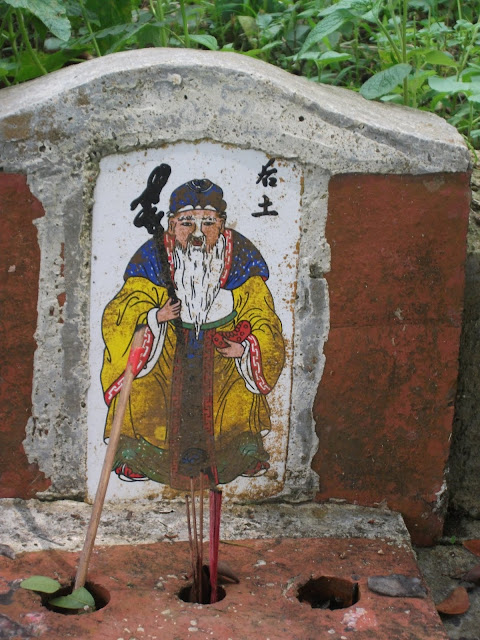 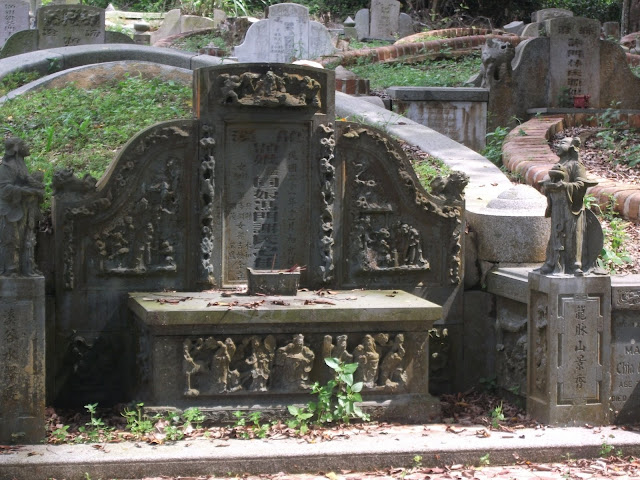 Before its closure in 1973 it was a public Chinese cemetery established in the early 20th century.  It was also known to the local community by the names Kopi Sua or Coffee Hill.  The cemetery was named after its first owner, George Henry Brown.  He was a ship owner who arrived in Singapore from Calcutta in the 1840s he bought the area of land and originally named it Mount Pleasant.  The land was later owned by the Hokkien Ong clan and subsequently acquired by the municipal authorities in 1919 and the cemetery opened on the 1 January 1922.

I understand that several prominent Singaporeans are buried in the cemetery (not that I specifically identified any of their graves) including various philanthropists and entrepreneurs, many of whom now have areas of Singapore named after them.  It is also claimed that the oldest known grave in Singapore is here, that of a Fang Shan who died in 1833.  Likewise the tomb of Ong Sam Leong and his wife is said to be the largest in Singapore, possibly being as large as ten small Housing and Development Board (HDB) flats. 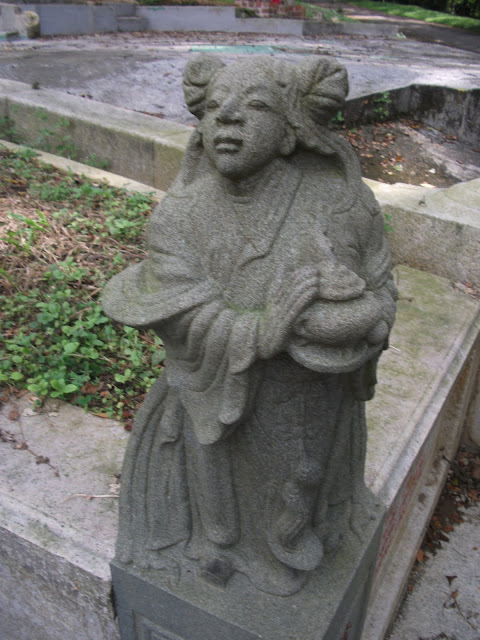 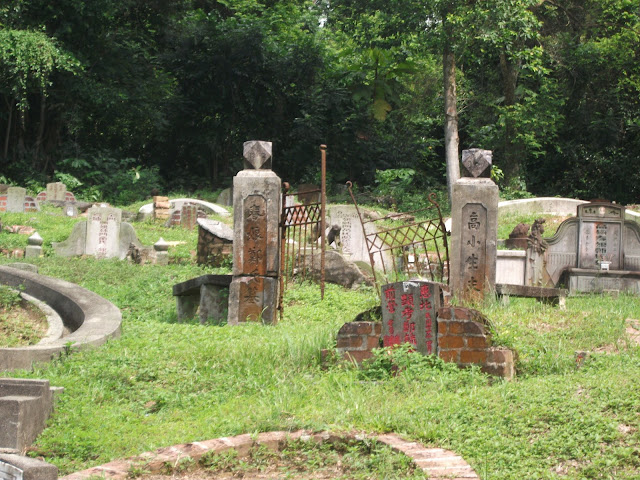 The cemetery is in an area of the island I'm not that familiar with so I have to say special thanks to the taxi driver who took us on the final part of our journey after we arrived at Marymount MRT.  He was not sure exactly where to go either but between us and the ever handy maps app on a mobile phone we arrived.  He was intrigued as to why we would want to visit a cemetery and we explained our reasons.  He was interested but slightly bemused, I don't know whether he will be planning a visit of his own.  Thank you though to him for being so obliging whilst we worked out where we needed to be! 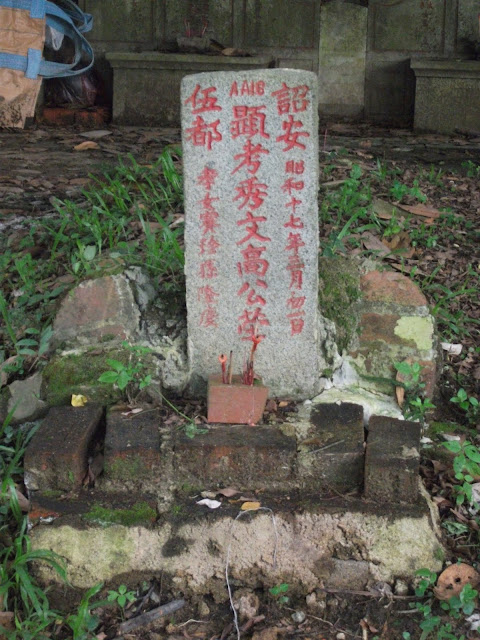 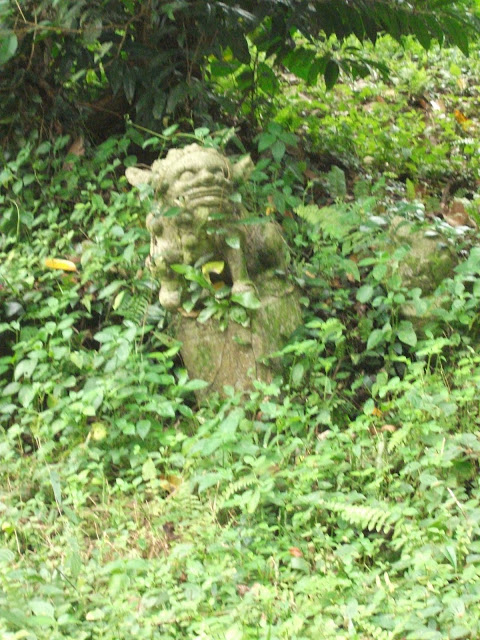 Whether it is preserved or not I'm glad I took the time to visit this place.  I saw and heard wildlife I've not done anywhere else in Singapore before.  There were an abundance of birds and insects calling the cemetery home, a real treat for any nature enthusiast.  I read an article recently that indicated that wild boar live in some of the wilder parts of Singapore.  This surprised me but having been to the cemetery and walked amongst the more overgrown areas of it I definitely saw evidence of a larger animal living there (and it was not a dog) so I wonder if some of the boar have found a home there too.

Other than a jogger and a dog walker making use of the open space the only person we saw was a boy in his late teens who asked to join us on our walk.  We agreed and actually it was great to have him with us as he was able to translate and tell us what some of the graves said.  We chatted about whether Bukit Brown cemetery should be redeveloped and he too was of the opinion that it would be a shame to lose it. 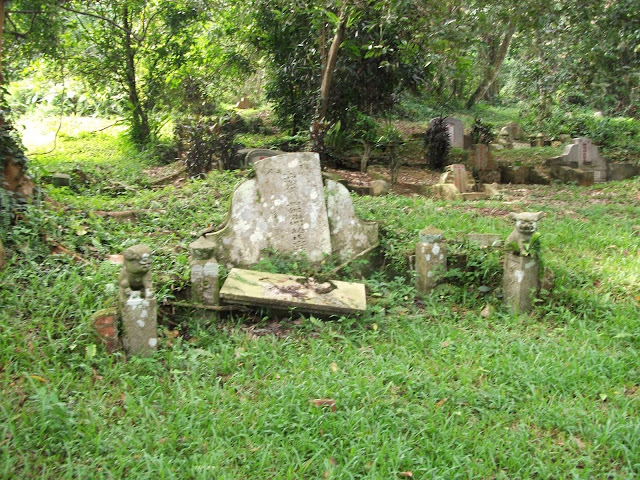 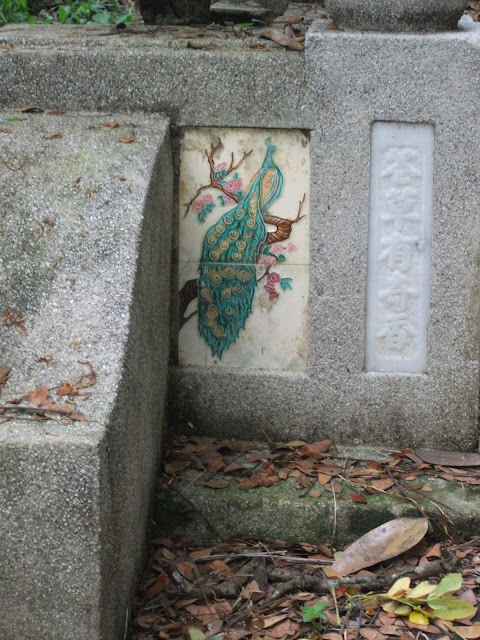 One piece of advice I would offer up to anybody considering a trip would be to cover up and wear lots of bug spray.  I got bitten by mosquitoes, ants and so on more than I think I have anywhere else here, yes even in the jungle parts of the island.  I guess it truly is so wild and overgrown here that it is a perfect place for the bugs to reside.

I don't know the ultimate fate of Bukit Brown cemetery but I will say that to have somewhere you can truly escape and discover your country's past is something very precious. 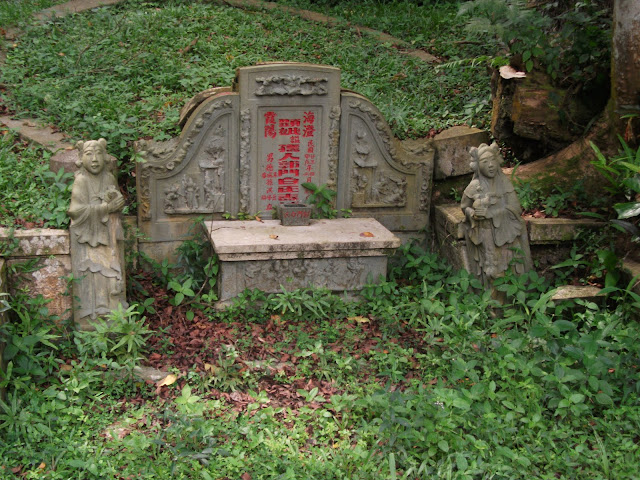 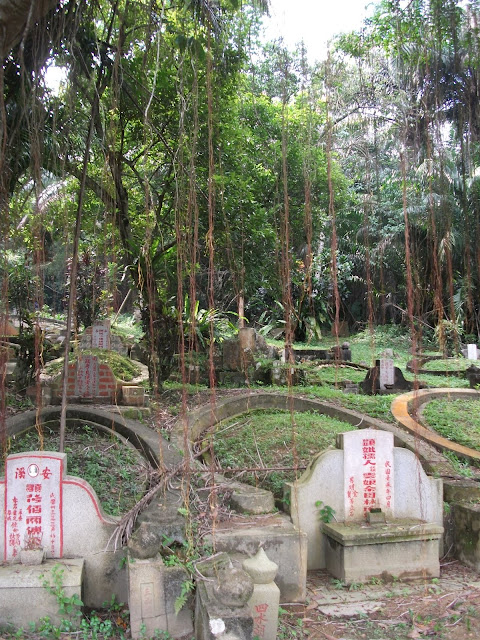 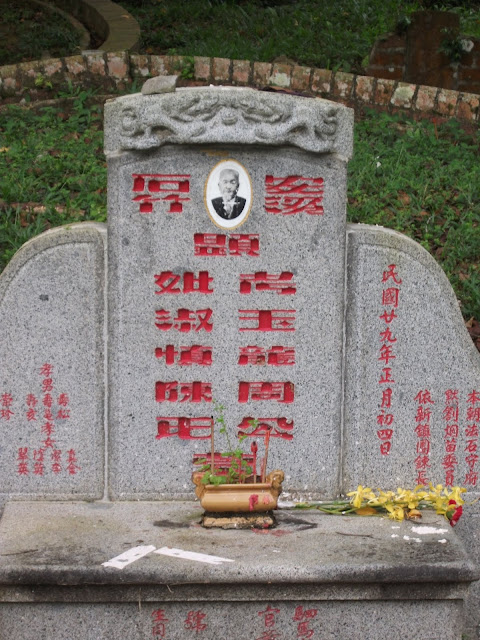 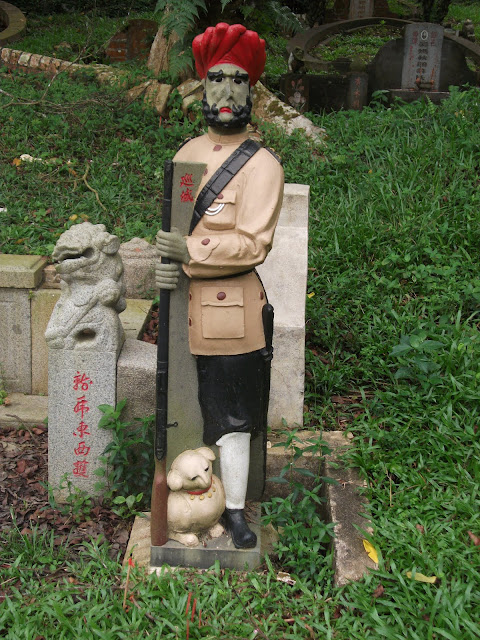 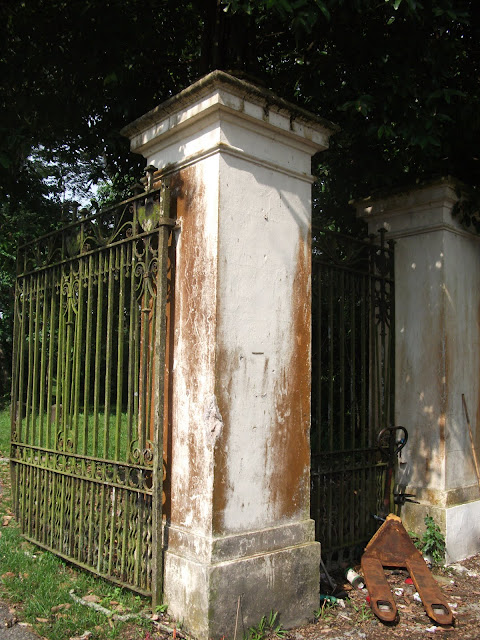 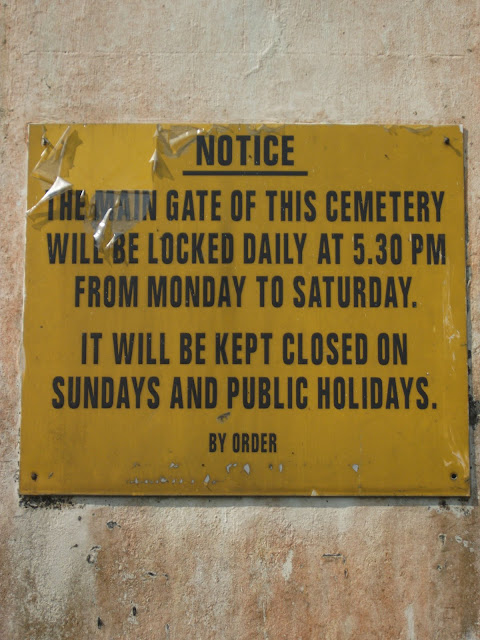