Wishing Spheres at the Marina Bay

I've already shared with you the multitude of events currently going on in the Marina Bay area leading up to the countdown to 2012.  Many Singaporeans and visitors have also had the chance to pen their hopes and wishes for 2012 on Wishing Spheres which are being launched into the Marina Bay.  Yesterday I was lucky enough to be able to take a trip out in a boat with one of the team responsible for placing the wishing spheres out in the Bay and carrying out any maintenance that is required.

The boat was only small and could only take three of us plus the boatman and his two assistants, we had to put on life jackets (which was more of a challenge than you might think - we all had to get some help) and as everybody got on and off the boat tipped quite a bit, but once we were under way it was thankfully a lot more stable.  I had not even thought about us getting the chance to take a trip out in one of the boats beforehand so this a very unexpected but exciting bonus to my visit. 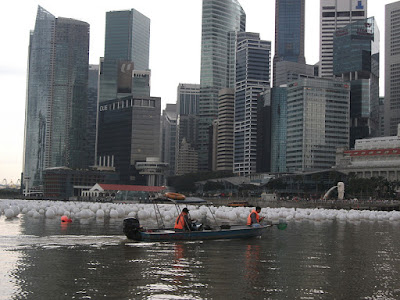 The boatman who took us out explained that the spheres are attached in the water by clips to a rope which he described as being similar to a spider's web.  The ropes are just below the surface of the water allowing the spheres to float on top.  As we travelled around we occasionally saw the ropes break the surface of the water as the spheres moved, this way of attaching them ensures though that they can move freely with the water without breaking free.  The team attaching the 20,000 wishing spheres is only small but can attach several thousand a day.  Although we went out in a little powerboat we were told that if any maintenance is required to the spheres already laid out that they have to use a rowing boat to reach those to avoid damaging the ropes or spheres.

Our trip took us on one complete circuit of the bay around the edge of the spheres so we were able to see them at close range and also get some fantastic views of the skyline around the bay from the water.  We could also make out the pontoons in amongst the spheres which this year are being used to launch fireworks at the countdown display on the 31 December.

If you have no plans for New Year's Eve and are looking for something fun and more importantly free to do consider head down to the Esplanade Waterfront and Marina Bay Waterfront Promenade to enjoy the evening of events culminating in the fireworks over the Bay.  It looks like it will be a fun way to see the New Year in, check out more details here. 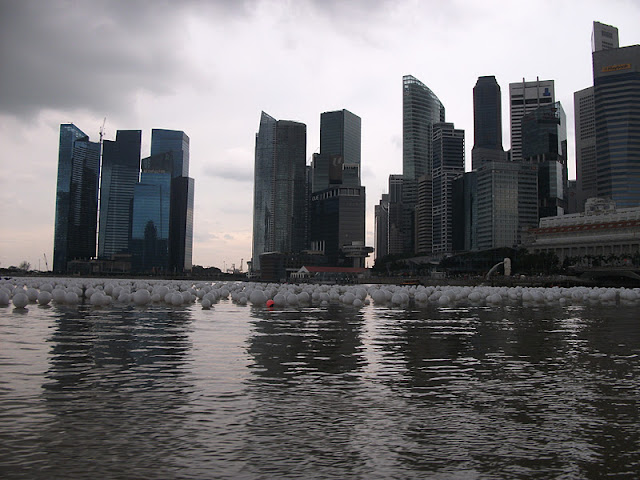 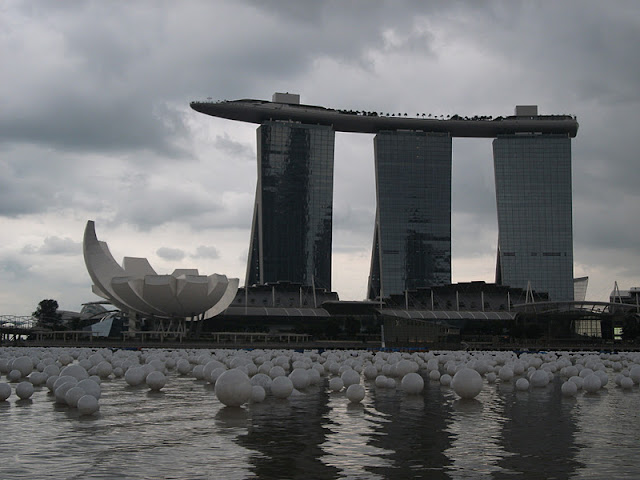 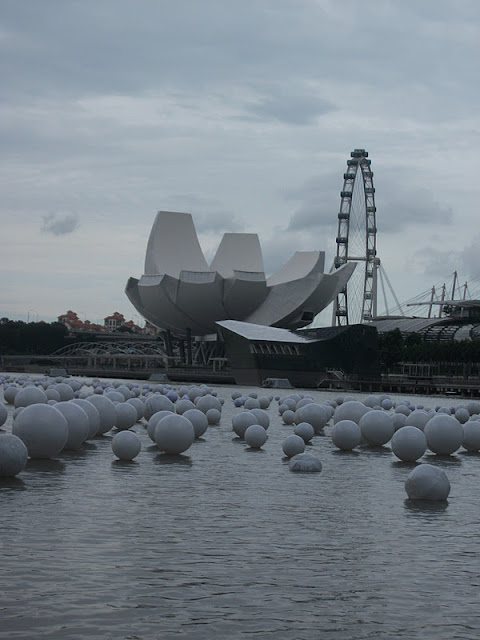 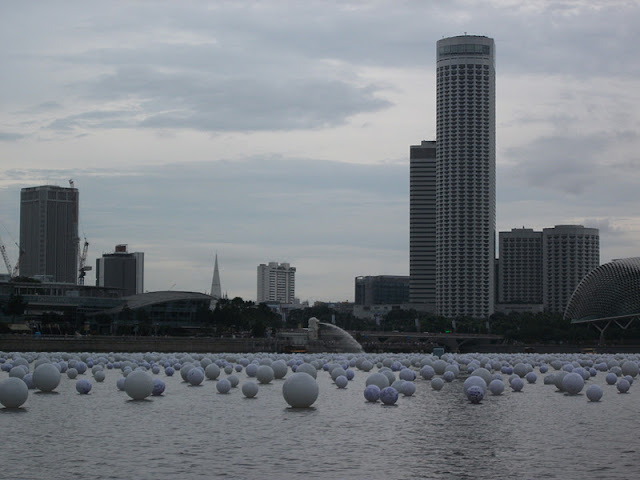 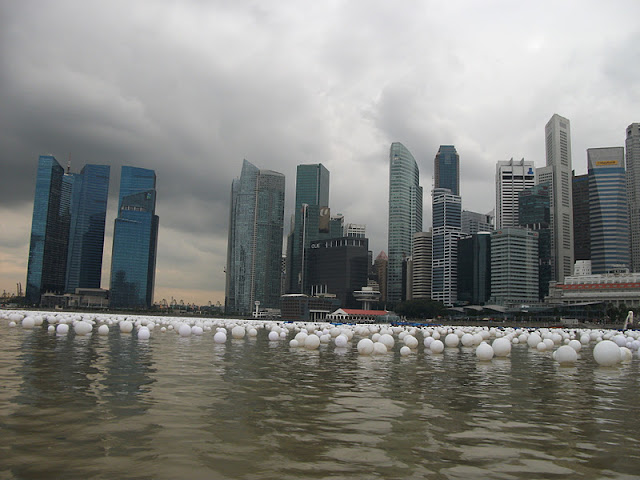 Thank you to Juliana Tan and Marina Bay and the Urban Redevelopment Authority for the chance to see this.
Email Post
Labels: festivals and events Marina Bay MarinaBay2012 New Year's Eve photos Singapore things to see unusual ways to travel