Countdown to 2012 at Marina Bay

With Christmas just around the corner and 2012 getting ever closer you might just be wondering what to do with yourself during this time.  Well if you head on down to the Marina Bay area you'll be sure to find something to satisfy you.

The Marina Bay SINGAPORE Countdown 2012 event taking place on the 31 December brings together the wishes and aspirations of both Singaporeans and visitors for 2012.  This event is now in its seventh year is a contemplative celebration of the New Year and an annual tradition in Singapore culminating in a huge firework display over the bay.

As part of the month long lead up volunteers have been collecting wishes at various points all over the island on the Wishing Spheres.  There are 20,000 of these spheres being set afloat in the Marina Bay carrying the wishes of over 500,000 people and forming a spectacular visual arts display.

I was fortunate enough to be able to go down to the Marina Bay area earlier this week and see the elderly, youth and children from various Voluntary Welfare Organisations pen their own wishes on the wishing spheres and watch them be launched.  It certainly was a fun evening.  I was also able to enjoy one of the many groups performing at the Outdoor Theatre at the same time.

It is not all just about the wishing spheres and what is happening on New Year's Eve though, right up until the 31 December 2011 there are daily events for you to enjoy and be entertained by.  Take a look at the Esplanade - Theatres on the Bay website and their 'Celebrate December' links for details of the many free events on now at the Esplanade Concourse and Outdoor Theatre and also the Marina Bay SINGAPORE Countdown site for more details. 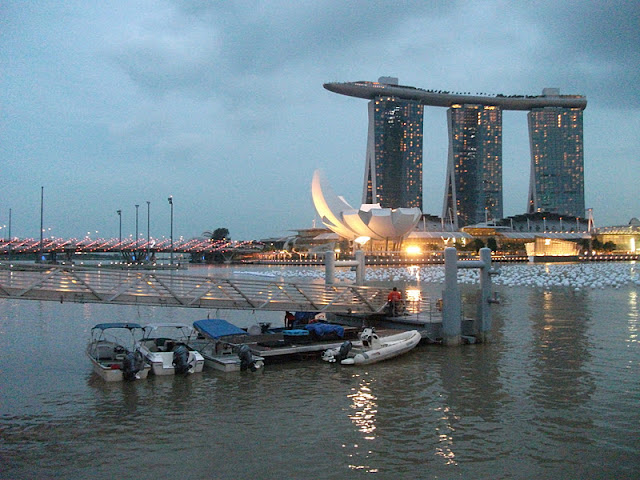 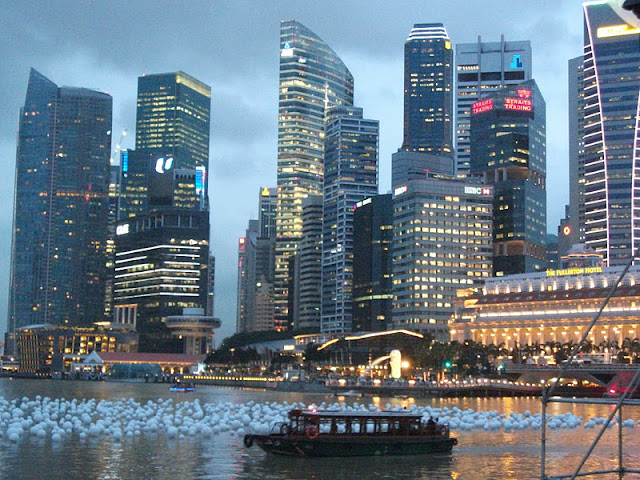