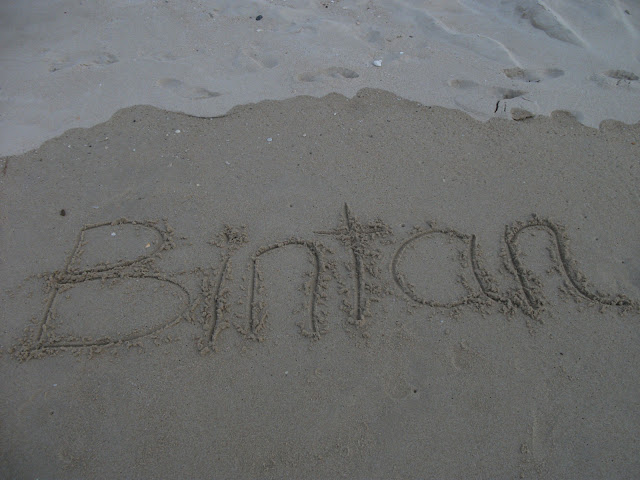 We did, what a lot of locals do recently, we took a weekend break to Bintan.  Bintan is one of the islands of Indonesia but is only approximately forty five minutes away by ferry from Singapore, so it's very easy to take a short break there.  I'm told it is almost considered a suburb of Singapore and having since visited Bali (more on that soon) it really did not feel or seem like we had hardly even left.  Asides from the beautiful natural beach and the obvious lack of high rise buildings and condos everywhere.

It was a pleasant change to be catching a ferry rather than a plane and despite obviously still having to go through customs, it seemed a lot less stressful and the whole experience far more relaxed.  The ferry reminded me of the ferries that run between Portsmouth and the Isle of Wight in the UK, though this was, I would say, smaller still than those.  You were able to buy snacks and drinks on board and before we knew it we had arrived.

After the process of buying our Indonesian visas, these have to be bought on arrival so this does add another step to the process before you clear customs, we easily picked up the coach laid on by our hotel to take us the remainder of the journey.  It did not take long to reach the hotel but it was already dark by this point so I could not see anything of the island.  My only observation being that it was not built up like Singapore as there were hardly any lights or buildings that I could see as we drove to our destination.  This was subsequently confirmed on our return journey on the Sunday, as I mainly saw golf courses, other resorts and lush countryside.

The hotel we stayed in was very pleasant with a wealth of facilities meaning you did not need to leave it if you did not want to, it certainly was big too!  I'm not ashamed to admit I got a bit disorientated on a couple of occasions.  There were clearly a lot of people staying there who work and live in Singapore and do this trip regularly as they were on first name terms with a lot of the staff.  There are lots of golf courses on the island and our hotel also had its own which a lot of people were making use of and enjoying a golfing mini break. 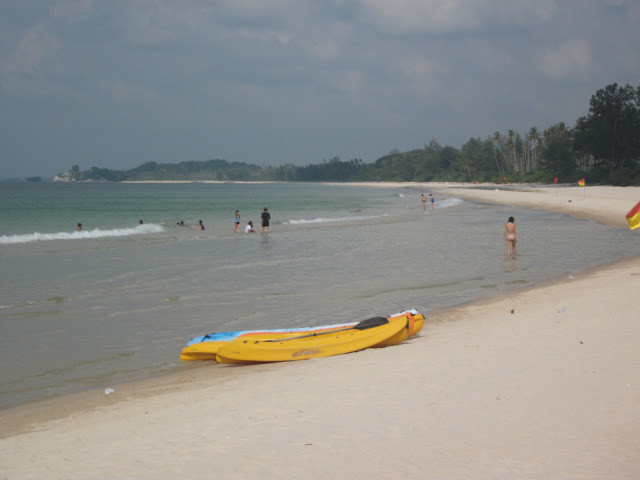 Our weekend did not consist of golfing or anything really other than relaxing with a stack of books by the hotel pool and wandering along the almost deserted beach.  Although I love visiting places to explore a new culture, city and so on, occasionally it is also nice just to do nothing and not feel bad about it.  There were a few people enjoying various water sports but the majority of people we saw were just walking along the beach and enjoying the feel of the sand under their feet.  The beaches at Sentosa, Singapore have all been 'helped' to look as they do now so it was nice to be on what I, at least believe to be a natural beach.  The sand was beautifully white and the beach was relatively clean with a few tiny crabs running along here and there. 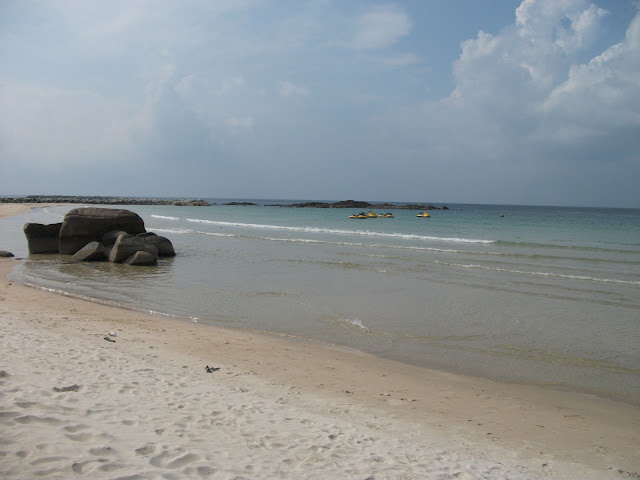 I can understand why visiting Bintan is such a popular option for a mini break for many who live in Singapore.  It is easily accessible and time wise you arrive before you left Singapore (they are an hour behind Singapore time).  It is also the perfect opposite to Singapore with no city, high rise buildings and people everywhere.  Yes even in a hotel the size of ours it did not feel crowded at all.  For a weekend it is a lovely escape right on Singapore's doorstep. 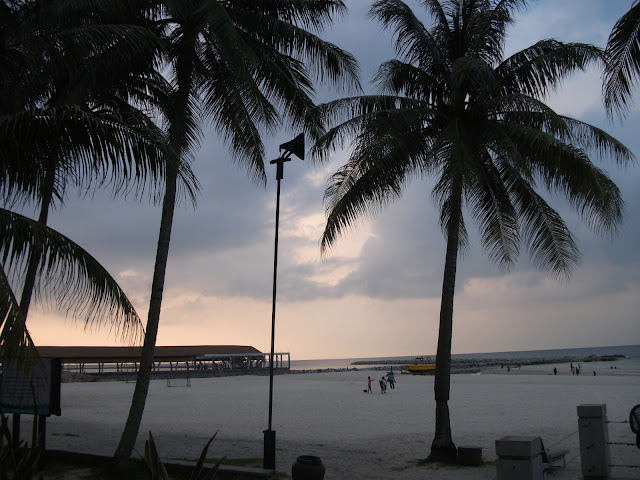