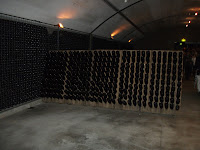 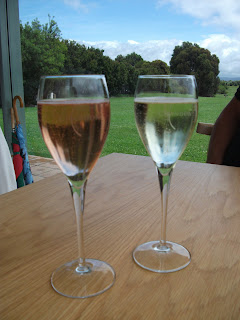 Besides going to watch the cricket, spending Christmas in Melbourne and although only there a few days (including Christmas Day) meant there was still time to do a few things.  In fact as I'd never been to Australia before it was essential that we did more than eat, drink and be merry and go and watch the cricket!

I had been warned that the weather in Melbourne was very changeable (something along the lines of four seasons in one day) and I was not disappointed.  We had blazing sunshine, pouring rain and days that reminded me of a UK summer.  Although the sun was very intense and you definitely needed sun cream and a hat (something I don't normally wear but even I conceded at the cricket).  It was lovely to be in a much drier heat and one that didn't leave you in a sweaty mess after walking 100 yards down the road.  The coolness of the evenings was refreshing too,   when the sun went down it got noticeably cooler (like the UK does) and yes at times I was cold but in a pleasant way.  Again a refreshing change from here when even at night the temperature fluctuation is so small you don't notice much, if any, difference.

Christmas Eve and Christmas Day were lovely with our hosts and included what I figured an Australian Christmas might involve, a BBQ.  In fact we had lots of BBQ's whilst there but our host did very good ones (how could I say anything else being he is an Australian) and that combined with delicious salads ensured I ate well.

After our trip to the cricket on Boxing Day our time was our own.  My fiance used to live in Melbourne so he had already formulated some ideas of what we might do and I was more than happy to go along with those.  So first we went to some of the vineyards in the Yarra Valley area.  There are numerous vineyards in this area and as we drove through the countryside and the vineyards I was reminded how lovely it is to see fields with animals in and countryside.  This is something I miss about living in Singapore, although there are areas of jungle and plenty of green spaces in Singapore I really miss seeing fields of sheep, cows or horses and wide open areas of farmland.
﻿ 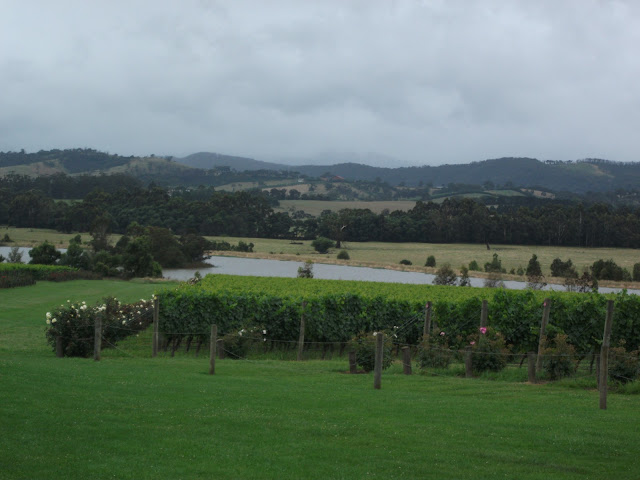 We visited both the Domaine Chandon and Coldstream Hills wineries and of course got to taste some of the products.  The Domaine Chandon visit included the option of a free tour round giving us the chance to find out the process used to make the sparkling wine and then (as shown in my picture above) the chance to have a glass after all that concentration proved too great a temptation to resist! 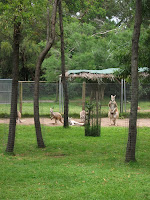 In the afternoon we went to the Healesville Wildlife Sanctuary which is home to native Australian wildlife.  Although I've seen kangaroos in zoos in the UK and here in Singapore it was great to see some in their homeland.  I also got to see platypuses (which were much smaller than I imagined), dingoes, bats, koalas, snakes, lizards and a sleeping wombat.  I really hoped I might get to see a Tasmanian Devil but they are nocturnal and unfortunately even though the sanctuary has cameras in their den none of them were asleep within range of them.  That said I was especially pleased I got to see some kangaroos and koalas and the other animals I did see.

Our hosts actually live on I suppose what you might describe as a bat flight route and every evening at dusk and just after numerous bats fly over their house.  Whilst at the sanctuary I saw some Flying Foxes (bats) and I understand that these are the bats that fly over their house each evening.  They were certainly the biggest bats I've ever seen in the wild and as they flew over head they were big enough that you could hear their wings as they flapped them. 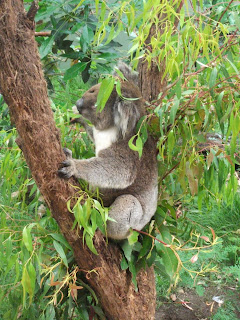 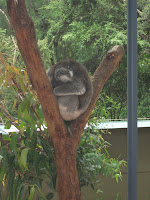 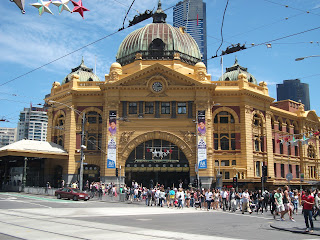 On our last full day in Melbourne we started the day with a trip to St Kilda.  This is a beautiful spot right by the sea including a pier (another thing I haven't seen for a long time) and ideal, I would imagine, for spending a relaxing Sunday morning or any free time.  There were lots of boats around and people taking part in various water based activities so it is obviously a popular place with the locals.

We stopped for brunch in a cafe in what were the St Kilda Baths, very nice but way to much for me to finish.  After this we caught a tram up to the city centre area and walked along the Yarra River in an area known as the Southbank.  Here there are a multitude of bars, restaurants and shops and as we sat in one bar it definitely seemed to be the place to people watch.  Our walk around the city centre took in several of the bridges crossing the river including one detailing the places where all the immigrants to Australia had come from and the main reasons for their immigration.  As well as this my tour took in Federation Square, Collins Street, further views of the Melbourne Cricket Ground and the Flinders Street station area.  My fiance also made time to take me to see the suburbs and places where he had lived whilst residing in Melbourne though I think he wanted to have a look again for old times sake too. 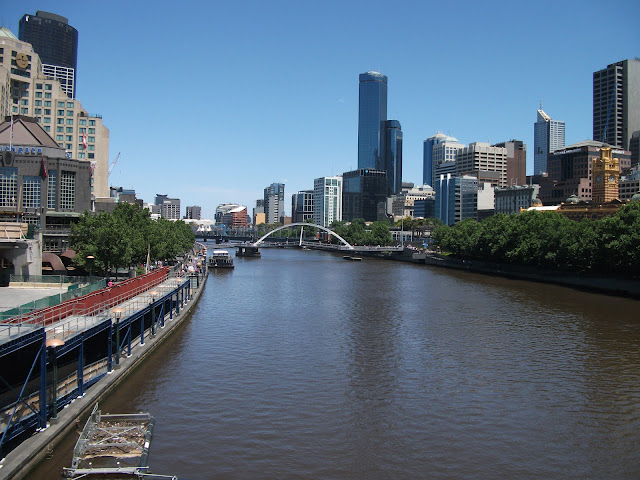 Although we only had a couple of free days on our Christmas trip to Melbourne we seemed to fit a lot in.  For me having never been there before and not knowing much about the place I feel I saw a lot, but there is definitely scope for a return visit I think!
Email Post
Labels: Australia Christmas drinking Melbourne photos places to visit sport travel trips wildlife