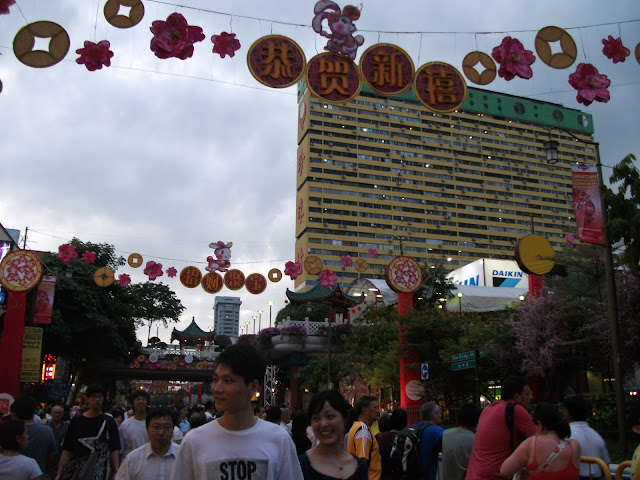 I've been busy this week doing a few things and have fallen behind so have to return to last weekend firstly and the Light Up festival in Chinatown.  Just as Christmas decorations were everywhere this time last month there are now decorations, food items for the sale in shops etc. everywhere for Chinese New Year. The Chinese Lunar New Year begins on the 3 February 2011 and at that point we will leave the year of the tiger and enter the year of the rabbit. I know that Chinese New Year is one of the most important of the traditional Chinese holidays and this is very evident here with rabbit and traditional decorations everywhere and a series of events specially for the Chinese New Year period being held.

I won't be here for actual Chinese New Year as I'll be back in the UK so I was keen to try and experience some of the build up before I return and the Light Up festival seemed the perfect opportunity to do this.  The Light Up festival marks the start of the celebrations and was as the name suggests a celebration of the lights and decorations put up in Chinatown. 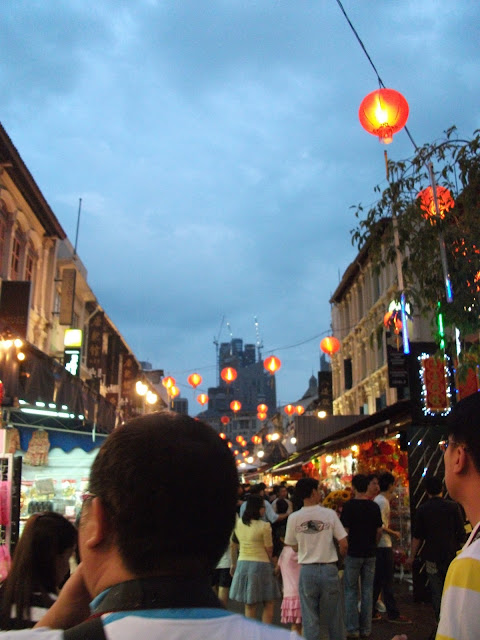 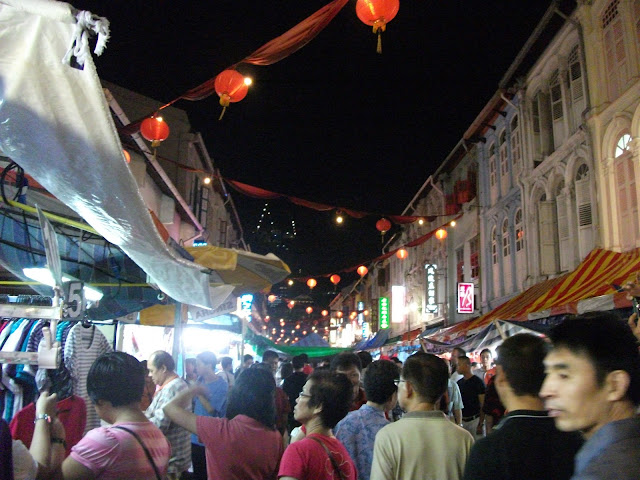 As you can see from the pictures Chinatown was very busy (though I gather it gets busier) and full of locals and tourists browsing through the stalls that as well as selling their usual souvenirs are also selling all manner of Chinese New Year decorations.  Unsurprisingly lots of people were also enjoying some food whilst there (as we did) and all the cafes and restaurants were just as busy and bustling. 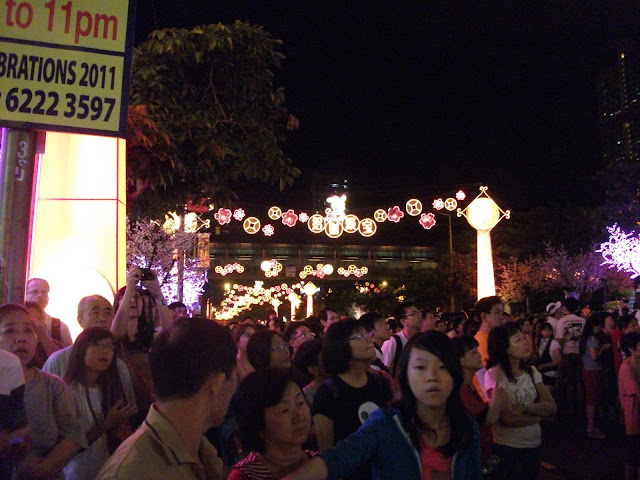 On one of the main roads through Chinatown a stage had been put up and a variety of acts were performing there to entertain the crowds.  I'll be honest that some of them were not really to my taste and I even wondered whether it was worth staying, particularly as I wasn't exactly sure what the evening involved.  However I'm glad we did as I got to see a lovely production of a tale called the Legend of the Nian Monster performed by some local school children.  Having investigated this story a bit more since I understand this is a very important tale behind the beginnings of Chinese New Year celebrations and was therefore a very appropriate choice for this evening. 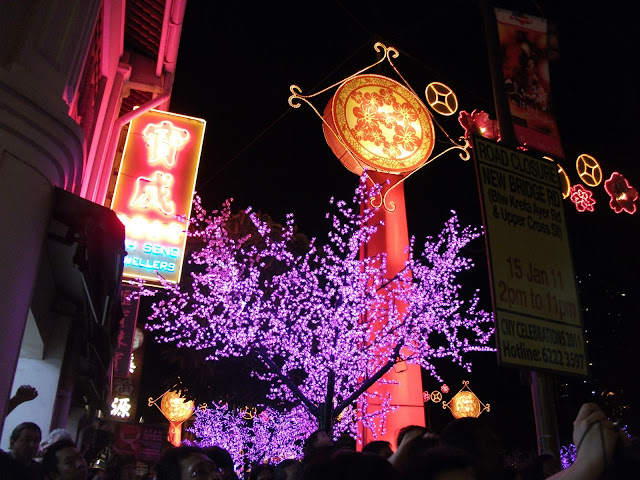 The culmination of the evening was by far the best part for me though (I'm glad we did hang on to see it) when traditional lion dancers came on the stage and firecrackers and fireworks were set off.  They were incredibly loud, I had no idea just how loud and far more so than just fireworks alone.  As we enjoyed them we were showered in red (an obvious choice being a lucky and important colour) confetti, though it did get everywhere - I was still finding it in the flat for several days afterwards.  I'm glad though that I hung around to see the whole evening.
Email Post
Labels: Chinatown Chinese New Year festivals and events photos Singapore things to see