The Year of the Horse at Gardens by the Bay

Gardens by the Bay is celebrating the Year of the Horse with an appropriately themed display in the Flower Dome at the moment.  We decided to visit last Friday, the first day of the New Year and a holiday in Singapore.  I have to say it was possibly the most crowded I've ever seen the dome and the gardens in general but as usual the flowers, which include cherry blossoms, chrysanthemums and camellias, to accompany the Year of the Horse display looked beautiful. 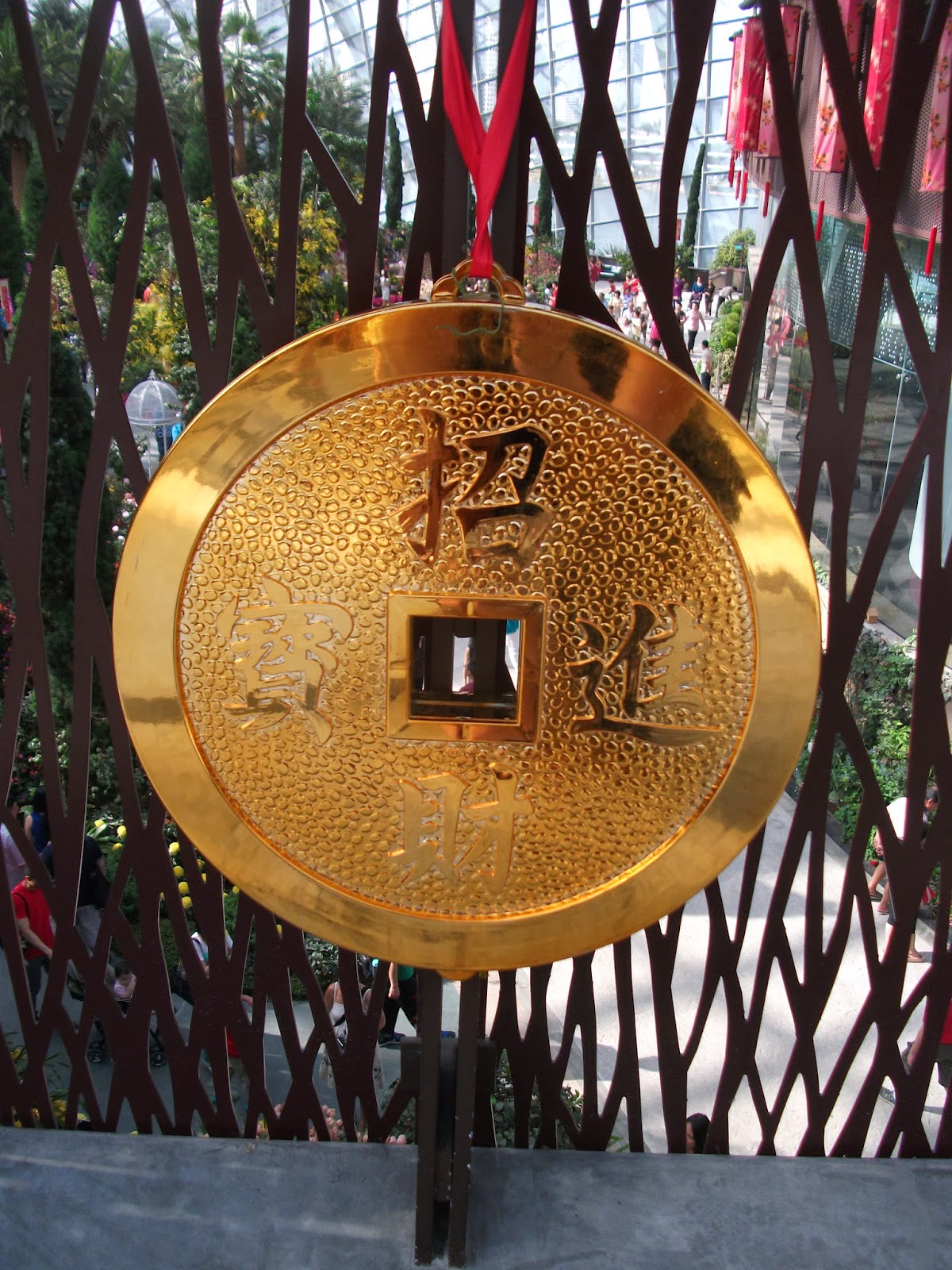 This latest themed display is actually the first in a series planned for 2014 at the Gardens entitled, 'Gardens by the Bay Goes Around the World'.  So keep an eye out for future events as the year progresses.  Alongside this and other themed displays the Flower Dome houses plants typical of the cool, dry climate of Mediterranean regions such as South Africa, California and parts of Spain and Italy.  The dome is home to a collection of plants from deserts all over the world and shows how plants adapt to these environments. 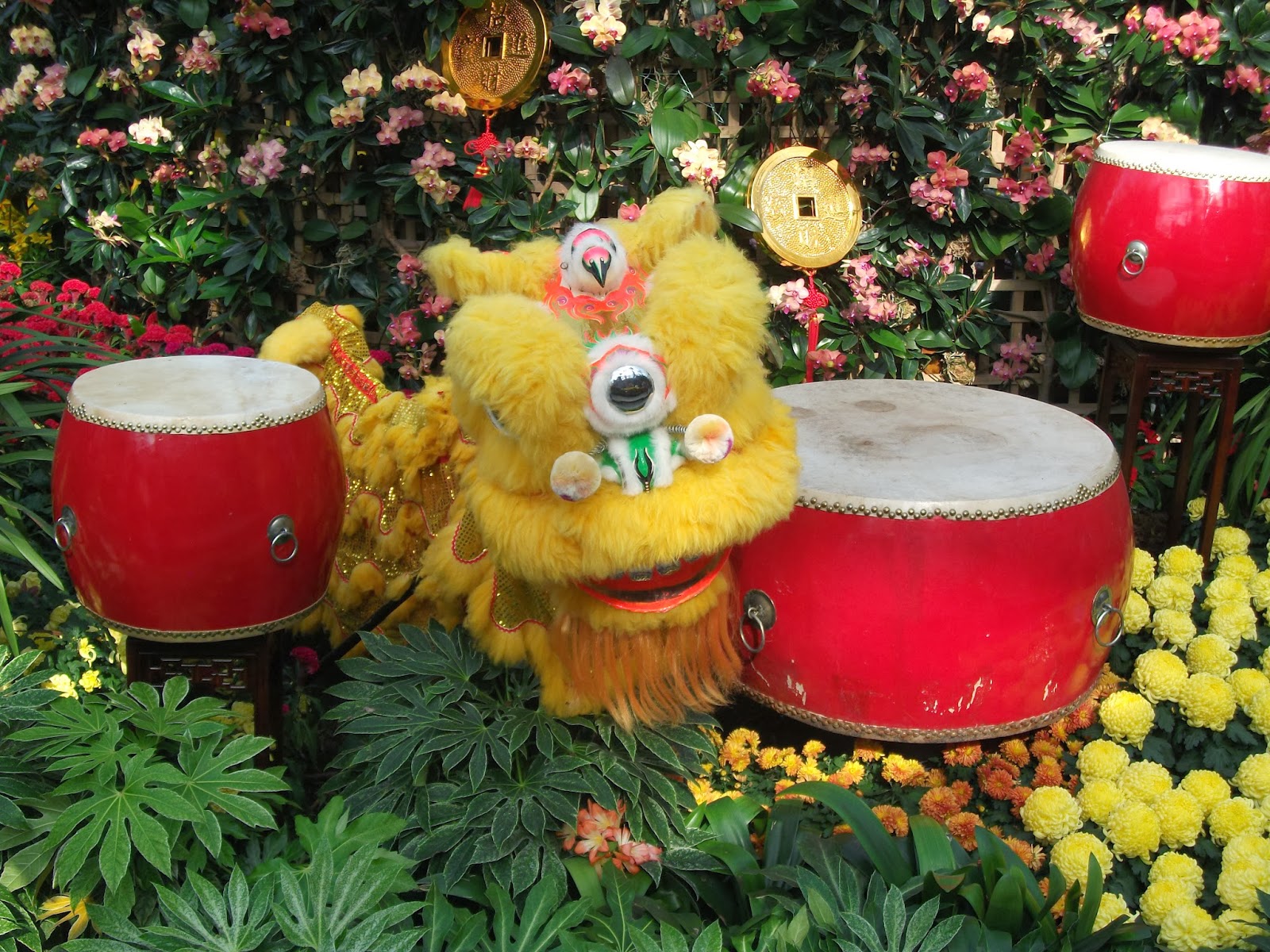 I particularly loved the horse sculptures, below, that dominate the centre of the dome.  The sculptures were inspired by the Chinese painting of '100 Horses' painted by Giuseppe Castiglione (Lang Shining), an Italian Jesuit lay brother who served as a missionary in China where he became a painter at the court of the Emperor.  The actual painting shows a herd of one hundred horses out to pasture in Autumn in various poses including kneeling, standing, eating and running on grassland.  The artwork is preserved in the National Palace museum in Taipei. 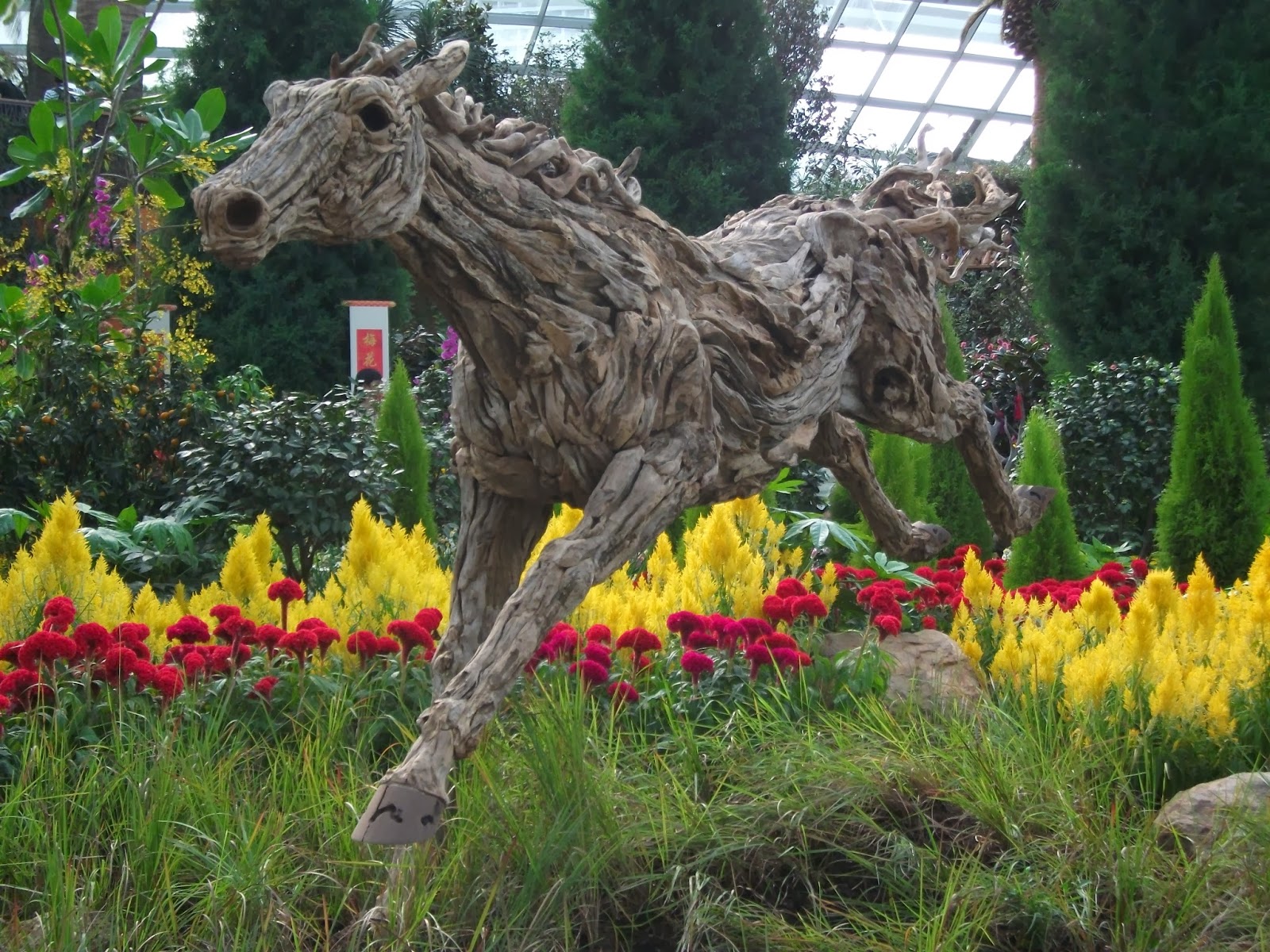 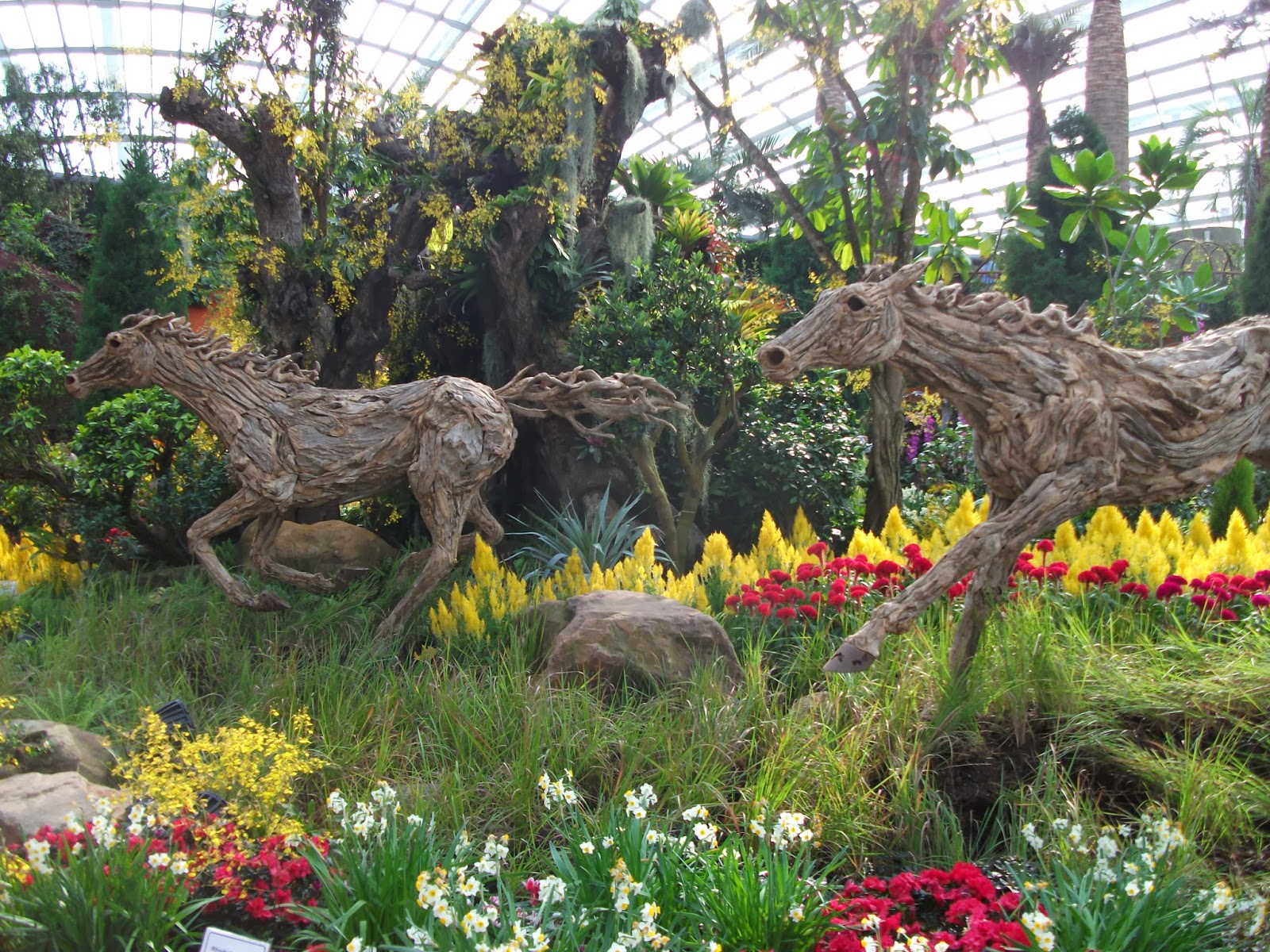 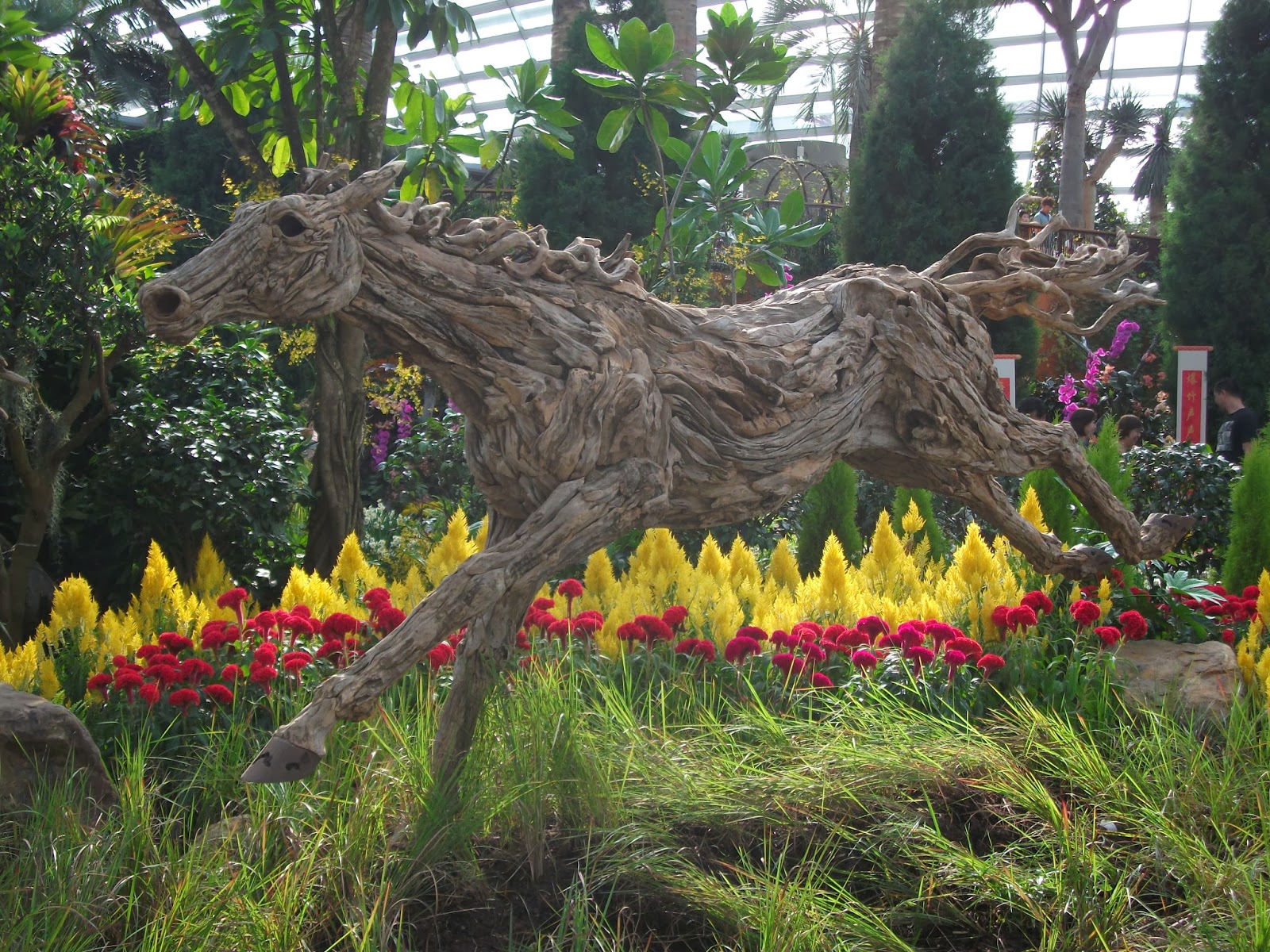 Another lovely themed display to go and see.  The horse sculptures are definitely worth it, catch it soon if you can!

The Year of the Horse floral display is on now in the Flower Dome until the 16 February 2014.  The dome is open from 9am to 9pm daily.  Admission fees to the dome apply.
Email Post
Labels: art Chinese New Year exhibitions festivals and events flowers Gardens by the Bay history parks and gardens photos places to visit Singapore things to see
Location: 18 Marina Gardens Drive, Singapore 018953