Last weekend saw the return of the Extreme Sailing Series to Singapore's Marina Bay.  We went down to catch some of the action on the final day of competition on the Sunday. The weather was perfect, plenty of sunshine and a good breeze too.

The Extreme Sailing Series was established in 2007 and is the original 'stadium-style' racing circuit designed for spectators, delivering exciting action close to the shore. This time around Singapore hosted the opening act of the 2014 global tour.  Nine teams from seven nations are taking part this year which includes some of sailing's most legendary figures, including winners of America's cup, world champions, record breakers and Olympic heroes, including Sir Ben Ainslie.  Once again alongside the racing there was a host of fun activities for the family as well as food and beverage stalls and best of all entry to watch the racing was free!  Singapore was once again represented too with Team Aberdeen Singapore taking part. 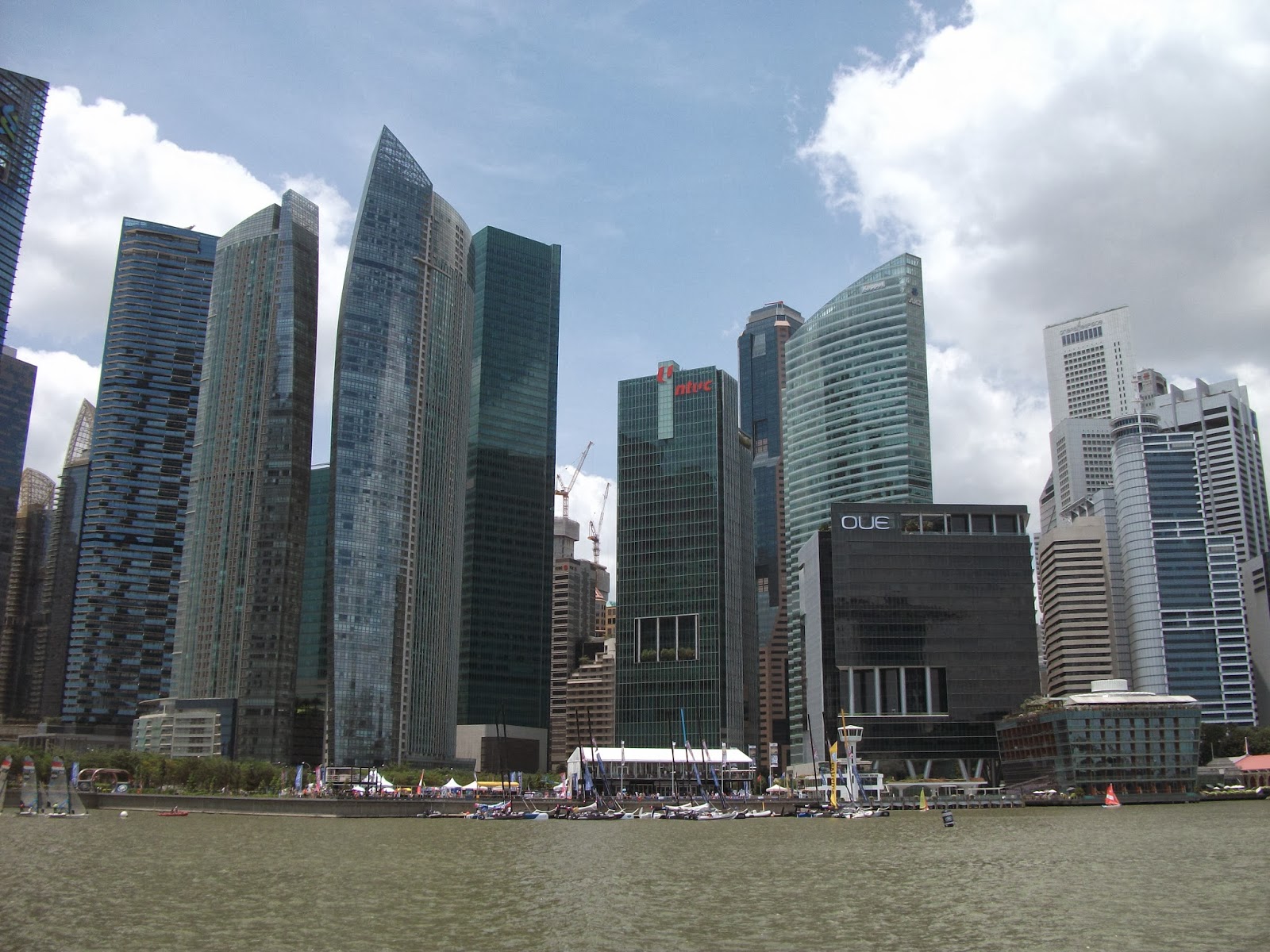 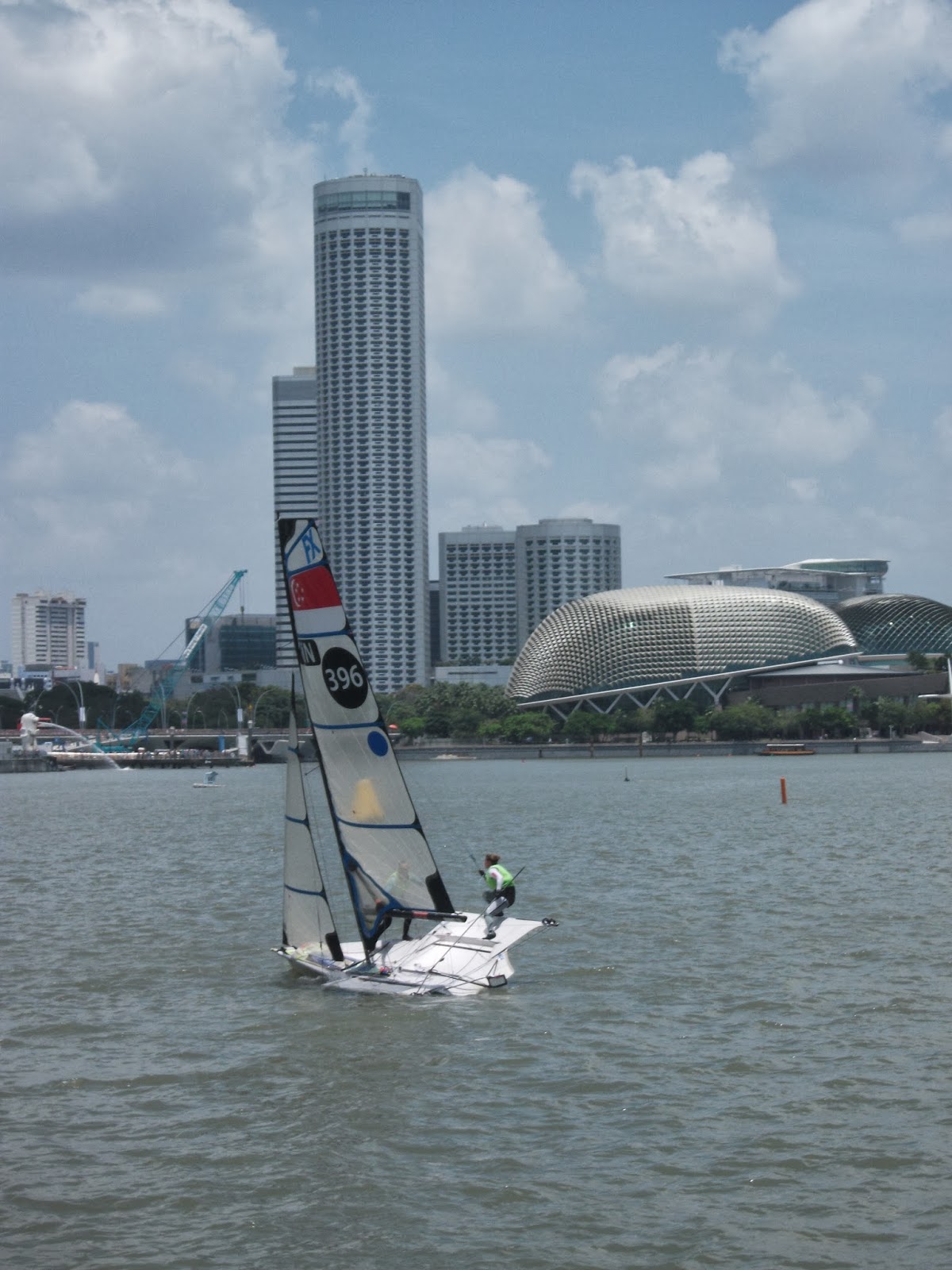 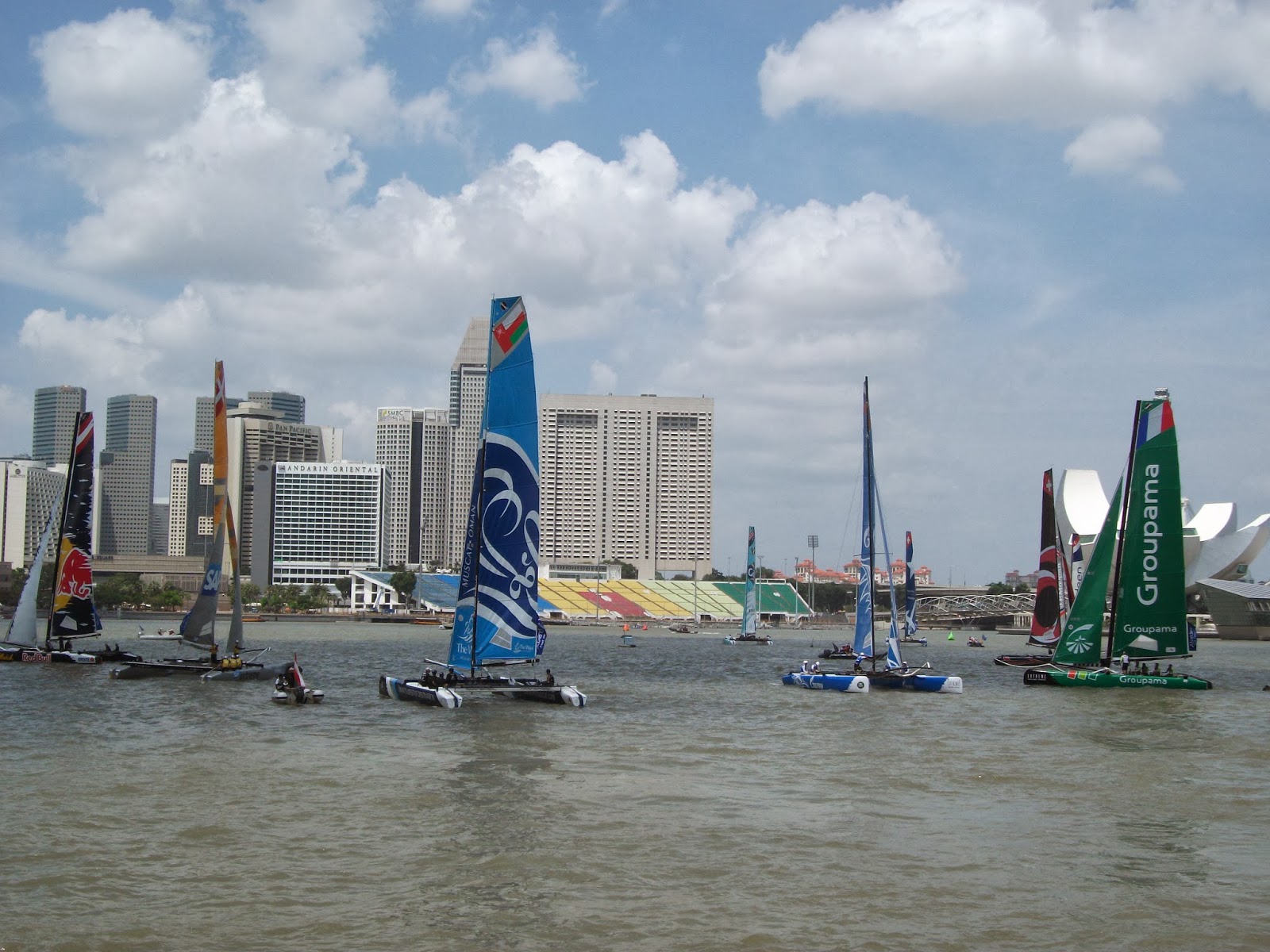 It actually turned out to be a pretty exciting weekend for spectators which included a major crash between two of the teams (Team Aberdeen Singapore and France's Groupama Sailing Team) due to the windy conditions on the Saturday.  Luckily everyone was OK and both teams were able to take part on the Sunday after some repairs had been made overnight.

We spent an entertaining afternoon watching the teams in the concluding races on the Sunday and, of course, were cheering on the British team in particular.  In the end the standings after day four of the competition and twenty-nine races are as follows: 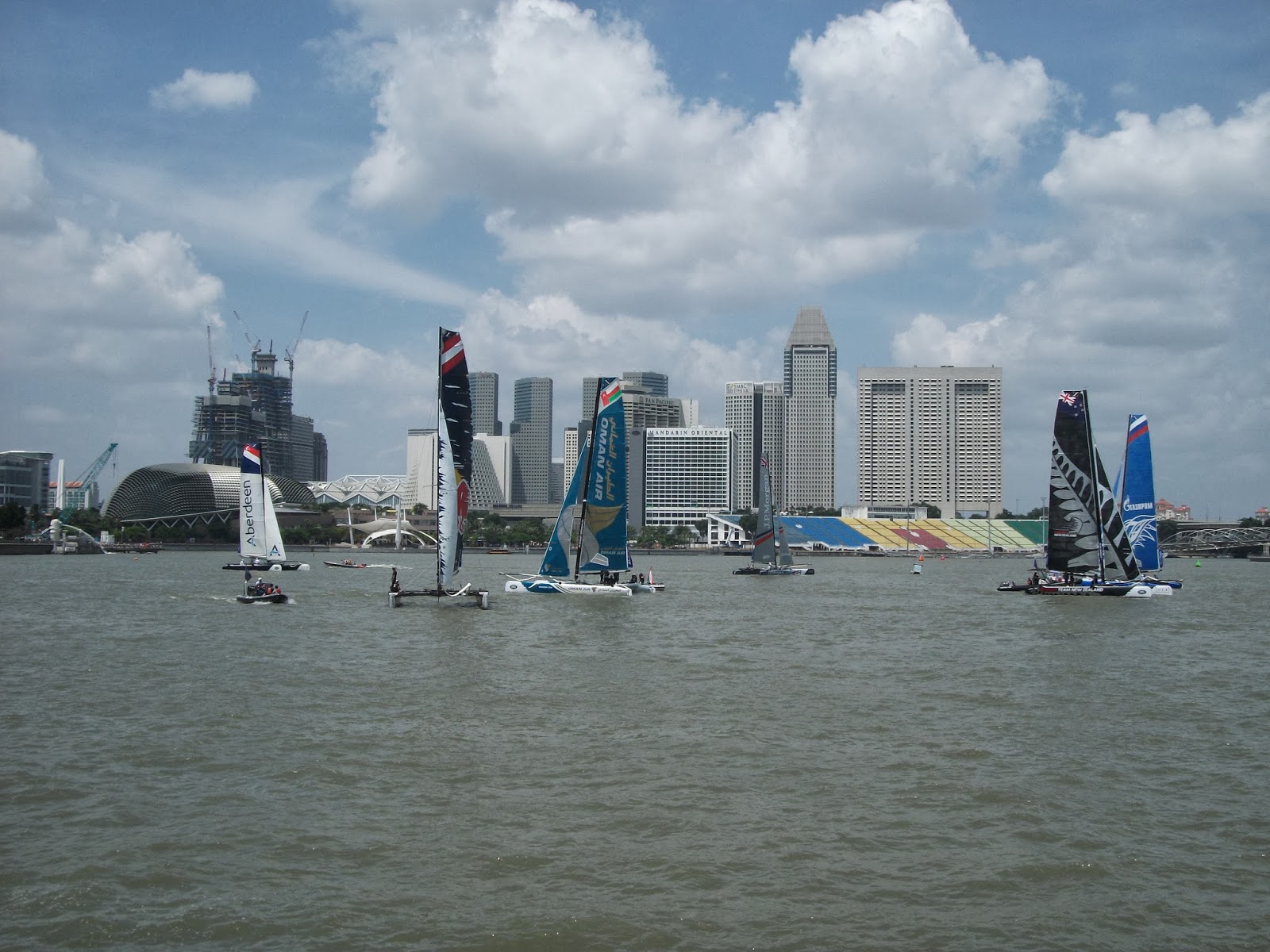 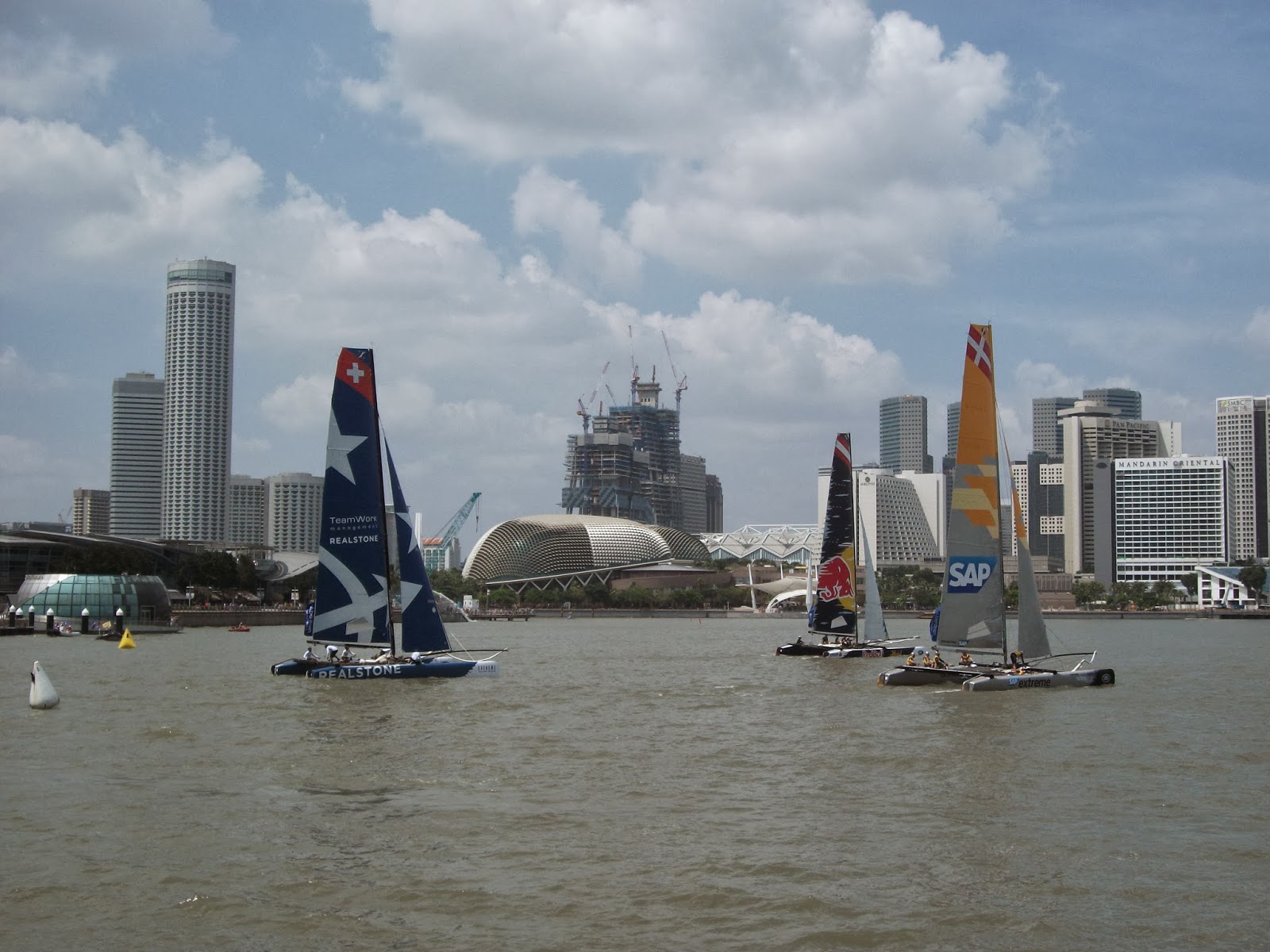 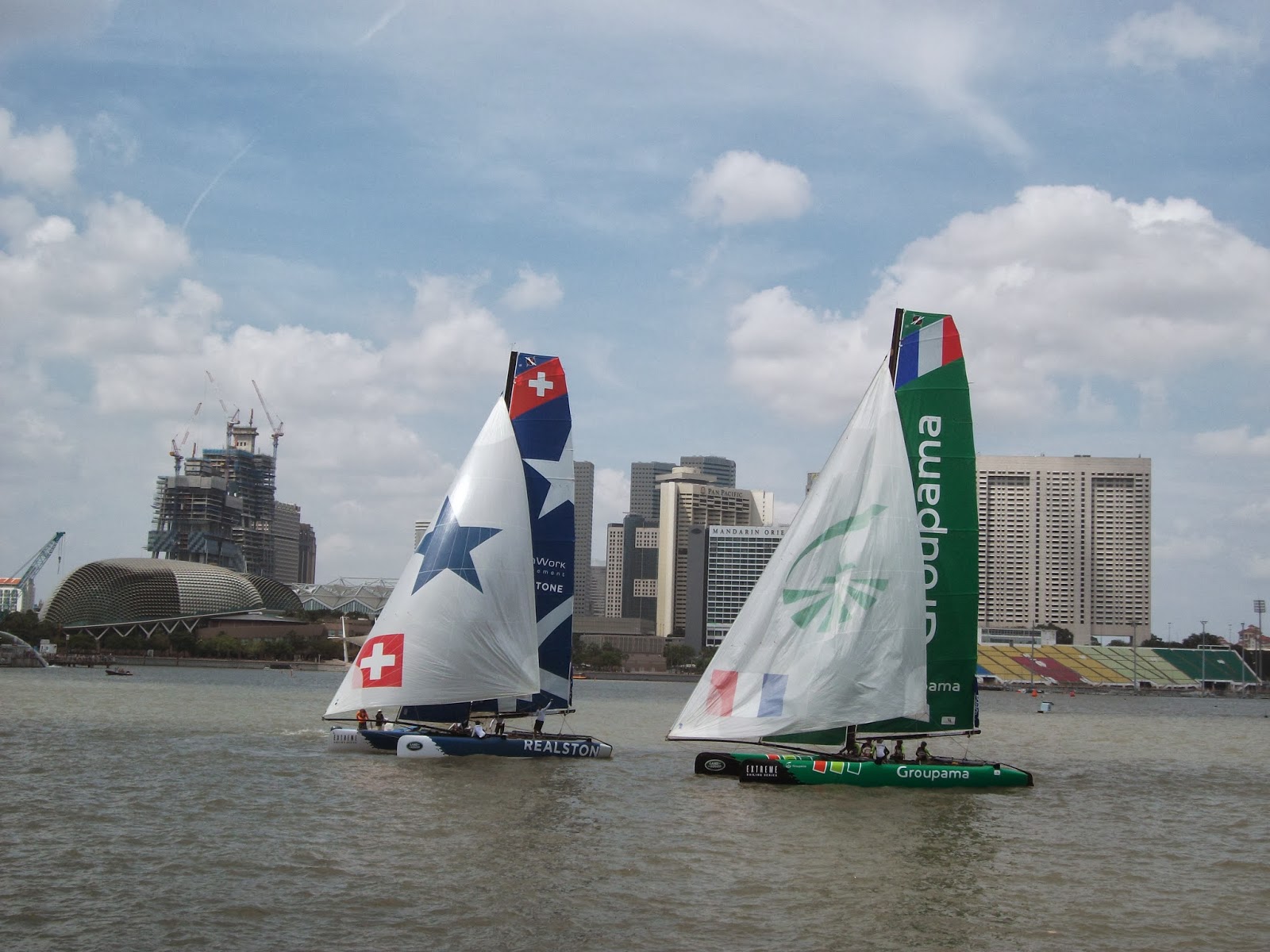 If you'll be in one of these locations over those dates do try and catch some of the action for yourself this year too!