My last Red Dot Roaming saw me travelling to Commonwealth MRT station, somewhere I'd only passed through on the way to other places previously.  Whilst researching other Red Dot Roaming expeditions I'd stumbled across a couple of blogs that mentioned a temple and cemetery right in the midst of some HDB blocks which immediately caught my interest.  A little more research showed that this place was close to Commonwealth MRT station and so it instantly went on the list as a place to visit.  I realised that I'd actually noticed the cemetery as I passed through the station on numerous occasions but had not made the connection or realised how potentially interesting it might be until I delved a little deeper.

The temple is known as the Ancestral Temple of Ying Fo Fui Kun, also in the grounds is the Shaung Long Shan Wu Shu Ancestral Hall and the Yin Foh Kuan cemetery.  Most of the information I've found on the temple and cemetery has come from other blogs but I did eventually stumble across this website which includes information about the temple near Commonwealth MRT.  I'm amazed that the cemetery, in particular, has managed to survive despite modern Singapore being built up around it.  Consequently it makes for something of an unusual spot to visit, surrounded as it now is by HDB blocks and car show rooms. 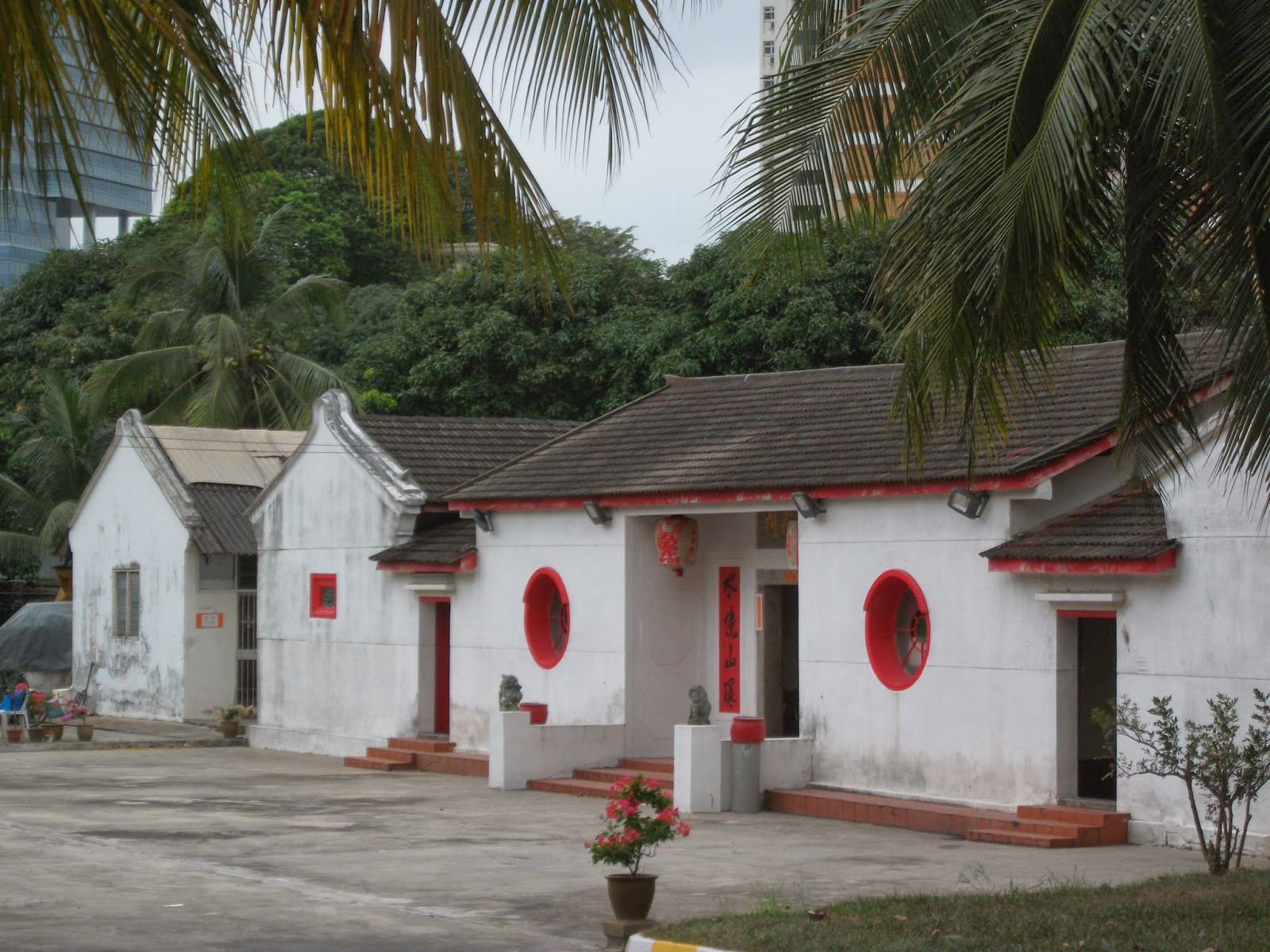 Ancestral temples honour the dead, often those of a specific clan and are a place for the ancestral worship of these dead.  This temple, built in 1887, and the cemetery belongs to the Hakka clan association Ying Fo Fui Kun and was a burial place for people of Hakka descent.  I read that there were over three thousand gravestones in the original cemetery!  In the 1960s some of the land was taken for housing and asides from a handful of graves the remains of the majority of those buried in the original cemetery were cremated, relocated and placed in urns under the gravestones here. 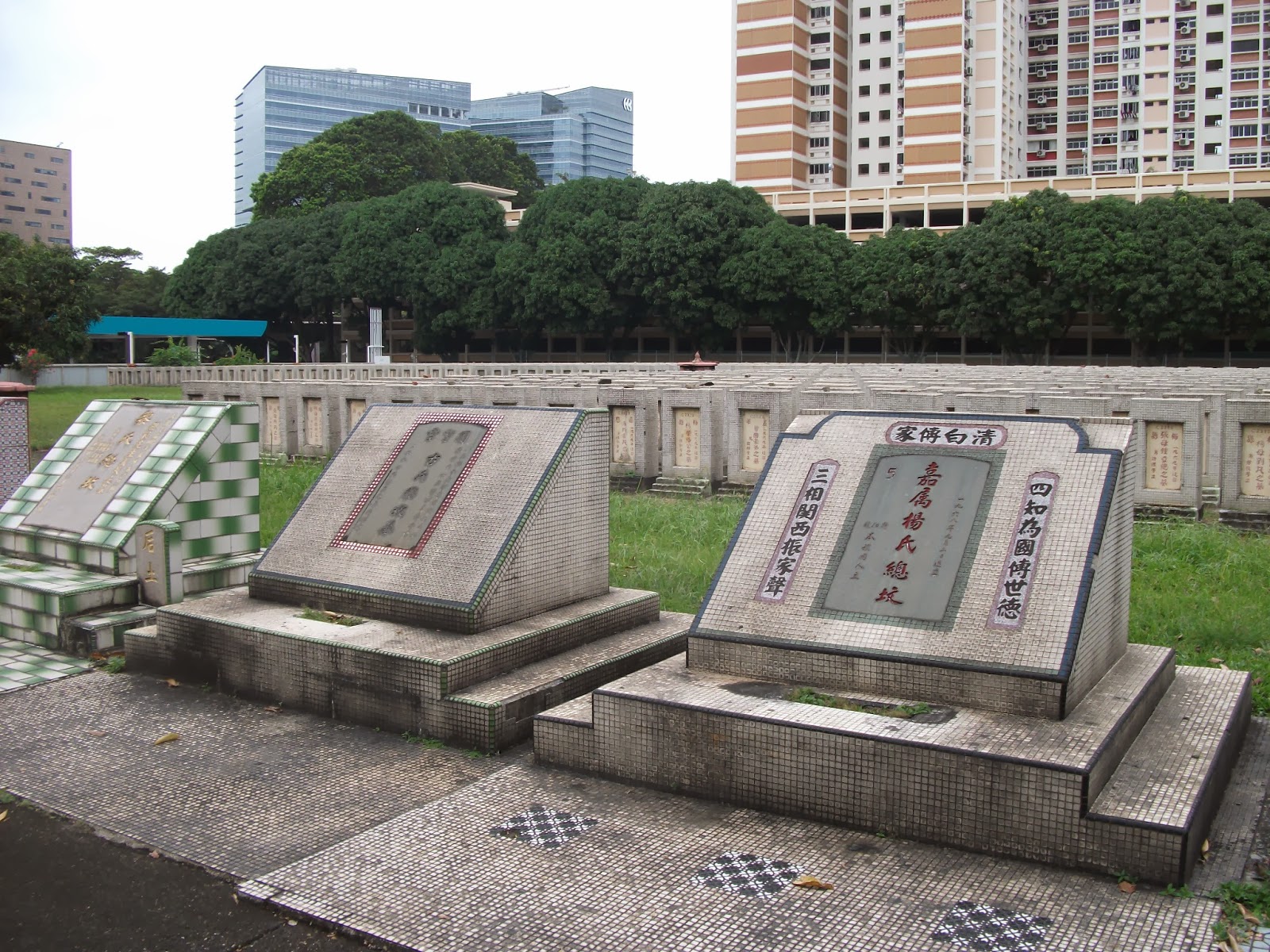 I have to confess again to an interest in cemeteries (you may have guessed from previous posts about others I've visited in Singapore) and although I couldn't read any of the gravestones I was still fascinated by them.  The neat rows of gravestones were very different to what I'd witnessed at Bukit Brown cemetery or the Malay cemetery near Bugis and far more reminiscent of war cemeteries I've seen in Europe with the rows and rows of identical headstones.  As with any cemetery I've been to the place was quiet and peaceful despite being surrounded by homes.  I saw a couple of people in the distance walking around the edge of the cemetery from the HDB blocks and a caretaker in the grounds but my only other companion was an extremely friendly stray cat.

It was unexpectedly trickier to find (or at least to get into the temple and cemetery grounds) than I had anticipated though.  Before I left I, as usual, planned my route and worked out the short walk from the station to Commonwealth Lane where the temple is situated.  Commonwealth Lane has various office blocks and retail shops on it and at the end of it several car showrooms.  I could see the temple and buildings (recognisable from photos I'd seen on other blogs) just behind the car showrooms but couldn't figure out how to get into it from the road.  I felt a bit unsure about wandering through all the cars as I clearly wasn't planning on buying one and ended up wandering back and forth a couple of times trying to figure out where the entrance was.  In the end I asked the security guard at the nearby offices who was happy to help and told me to turn into the Commonwealth Car Mall at the end of the road and then turn immediately left.  Once I did that there in front of me was the entrance, easy when you know how!  So if you are planning a visit yourself look out for that car mall right at the end of the road. 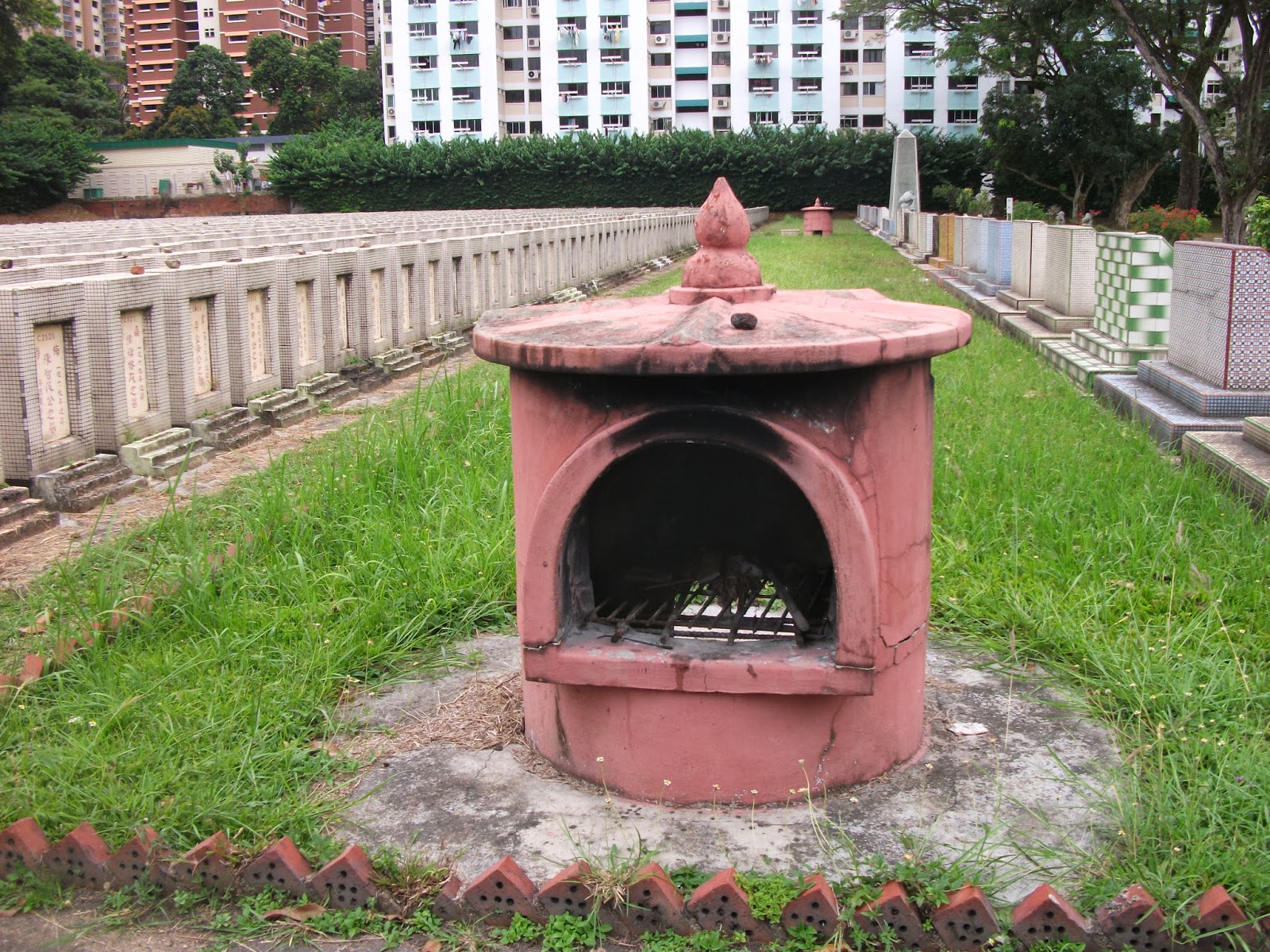 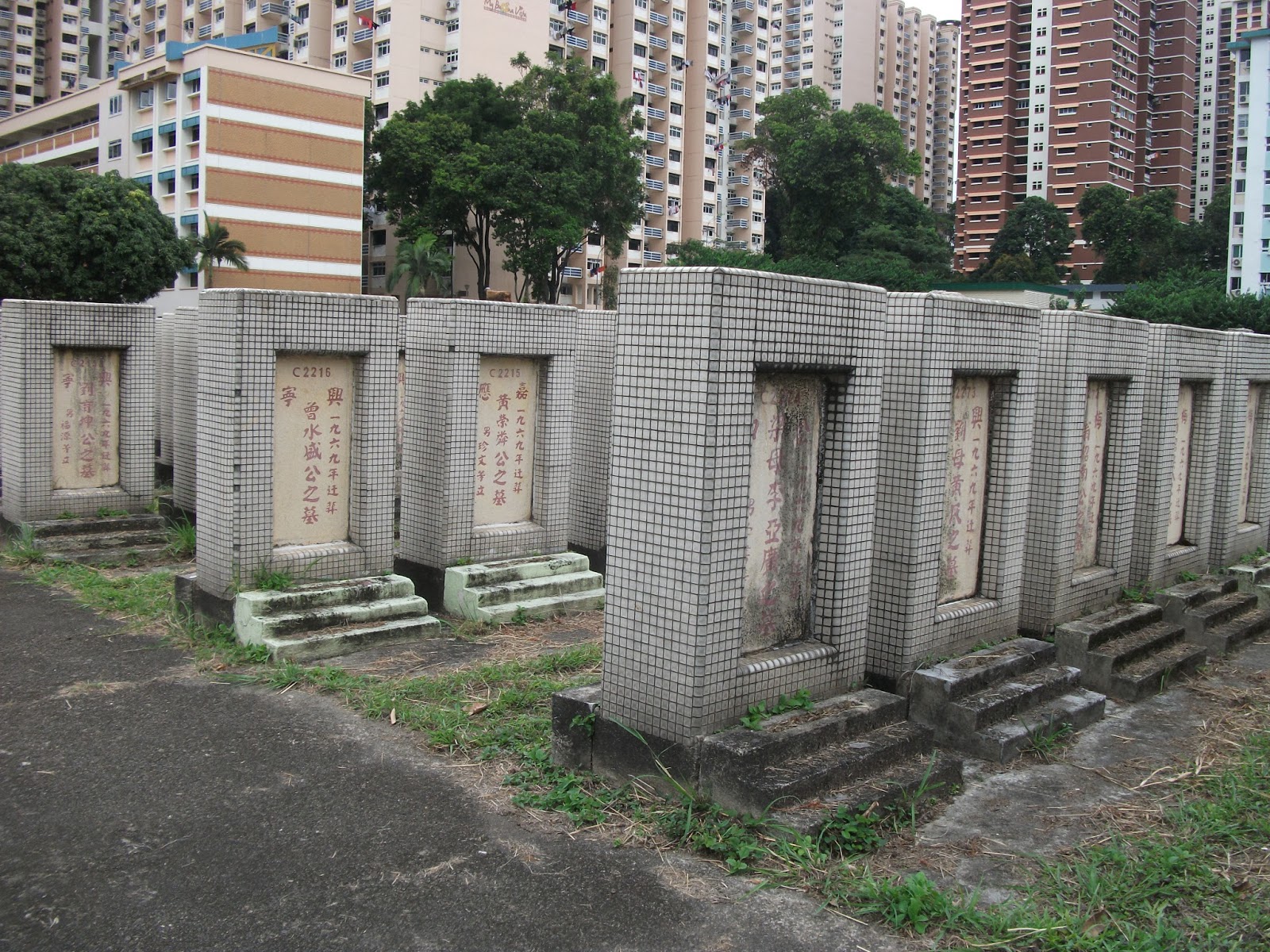 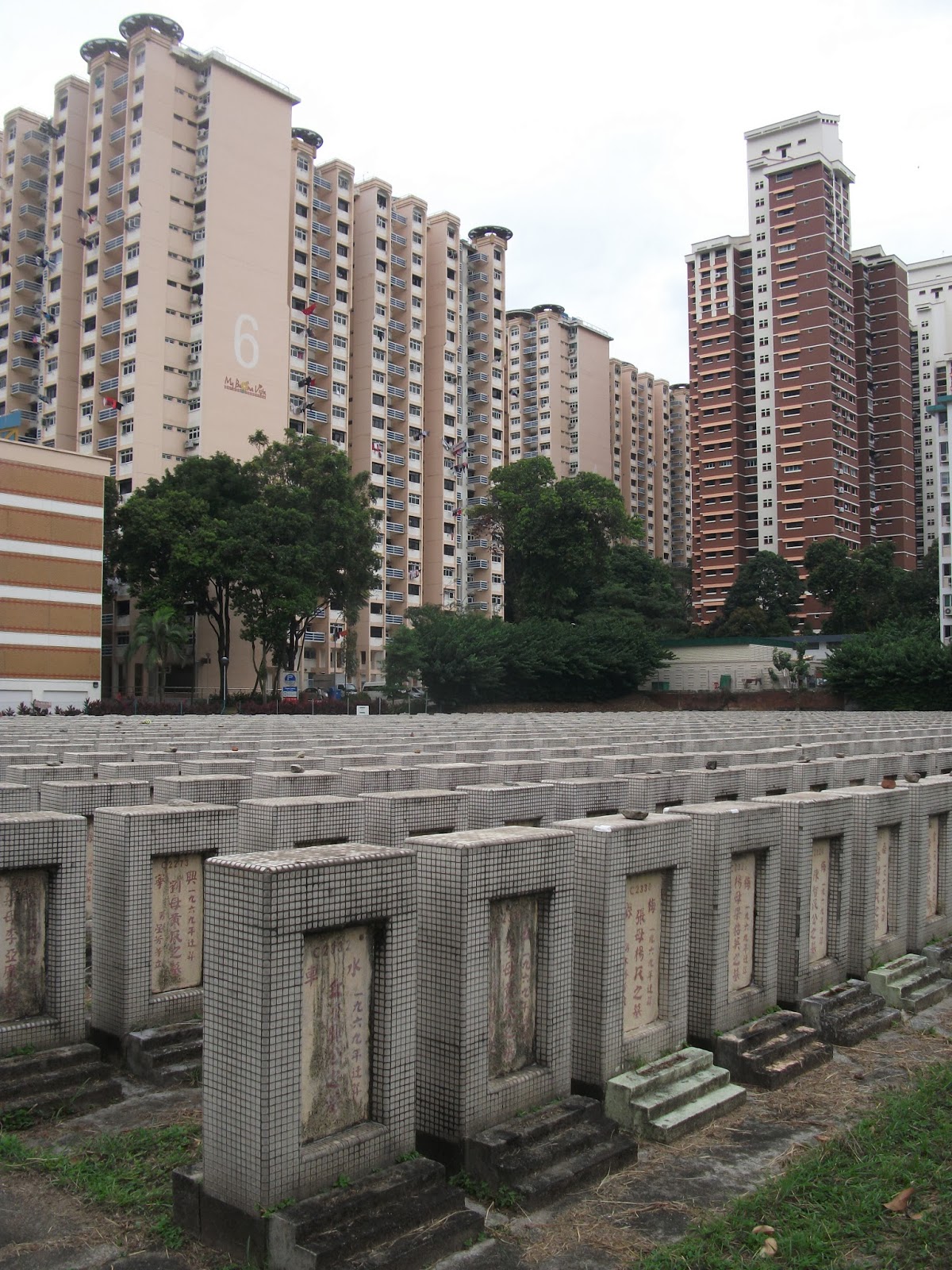 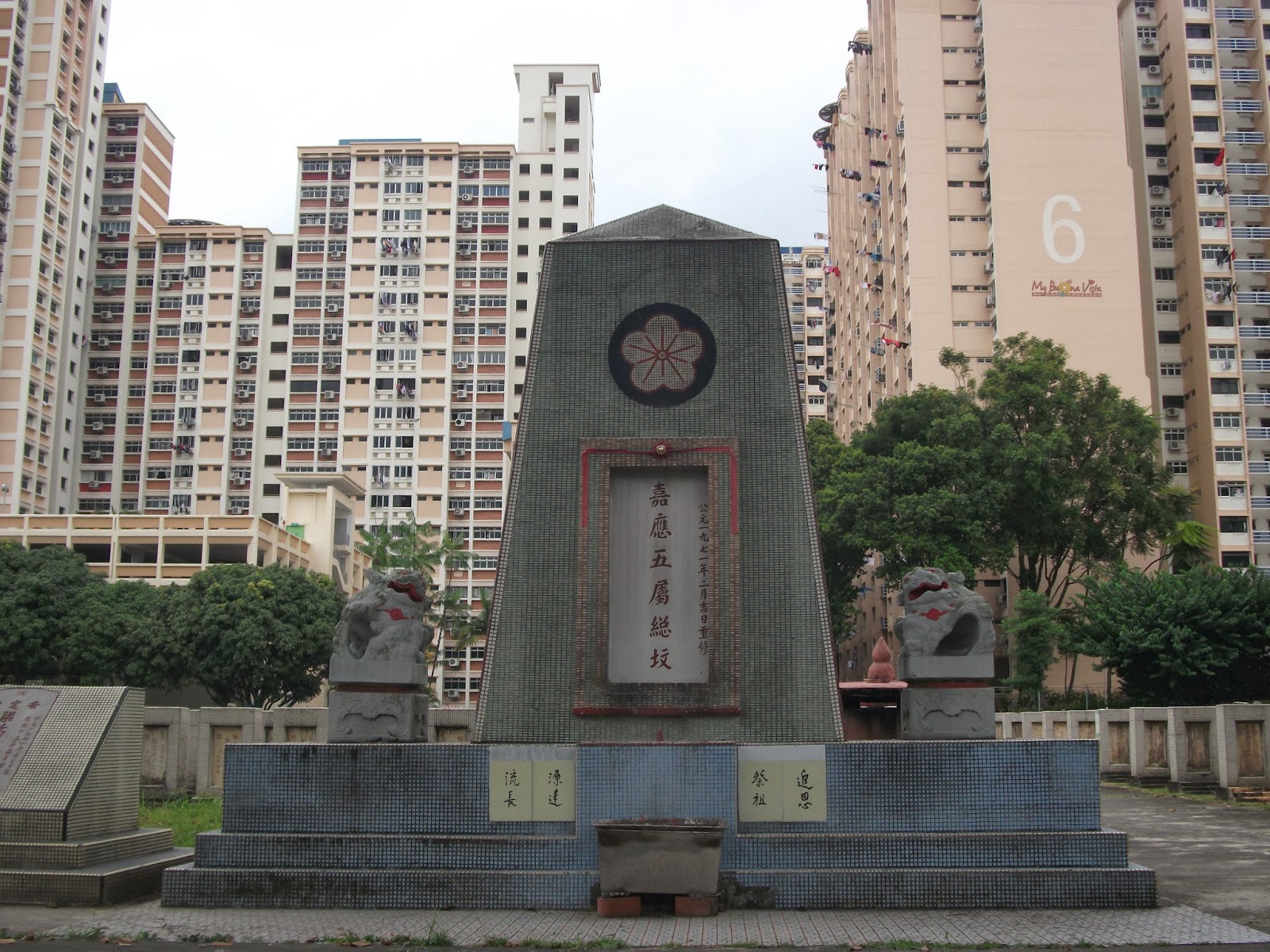 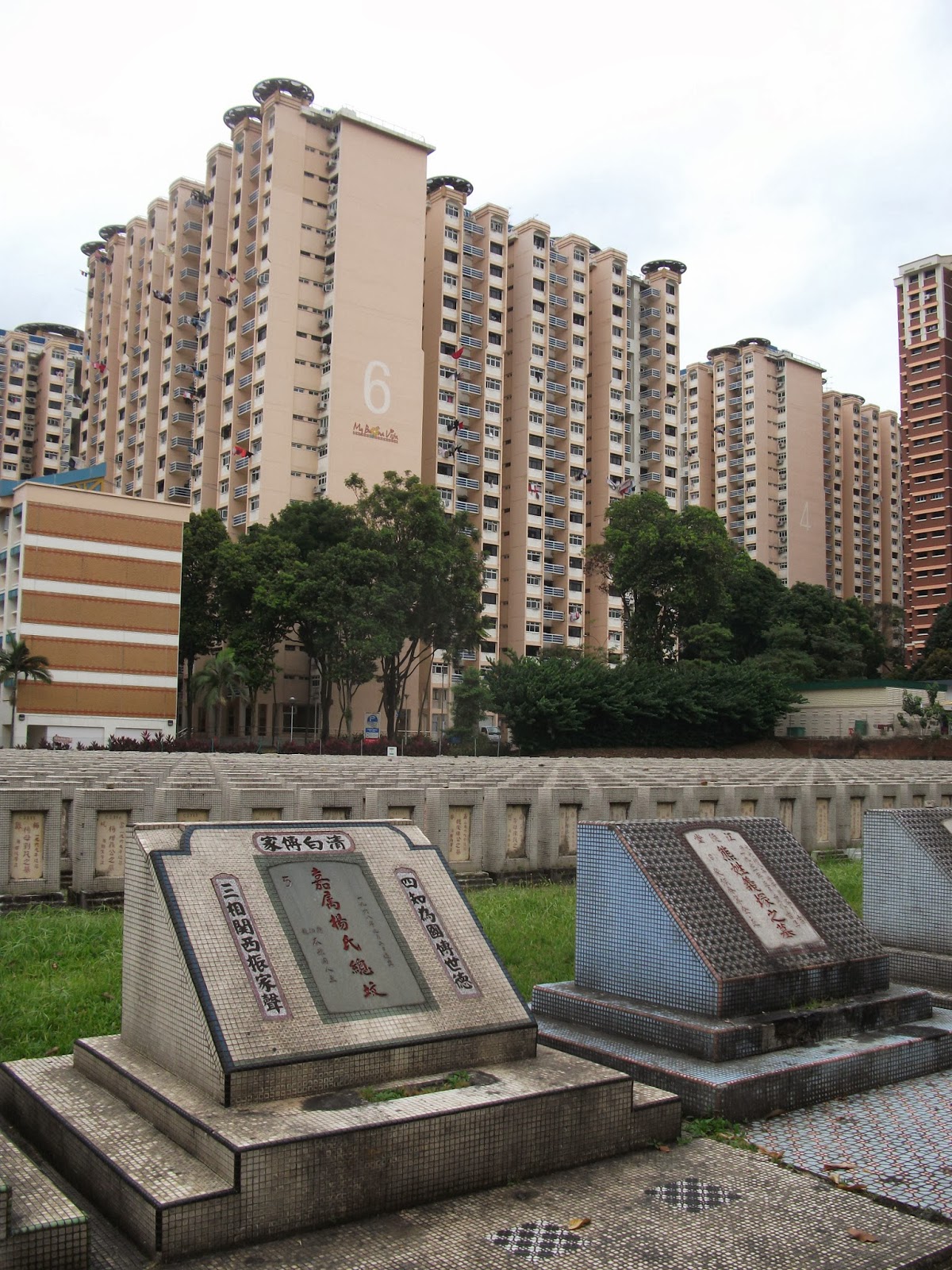 It was a fascinating spot to visit and quite surreal being right in the middle of modern, urban Singapore.  If you are interested in reading more about this ancestral temple and cemetery I found the following blogs to be very informative and helpful in planning my own visit, poskod.sg, The Occasional Traveller and joyloh.com.  Other than these blogs (and others) and the temple website I did eventually find there seems to be very little information available online about this place.  Does anybody know anything more about it?  I'd love to hear from you if you do.

If you missed any of my previous Red Dot Roaming posts, check them out here and please get in touch if you know of somewhere you think I should be visiting.