The weekend before last saw the second stage of the Extreme Sailing Series 2013 come to Singapore, beginning in Muscat, Oman it arrived here on the 11 - 14 April 2013.  The Extreme Sailing Series sees eight teams with forty of the world's best sailors from eleven nationalities taking part.  This time around these sailors have between them competed in twenty Olympic campaigns, twenty five Americas Cup campaigns and amongst them have had twenty eight World Championship wins, so there were definitely some first class athletes taking part.  For the first time ever this year a team representing Singapore was also taking part as an 'invitational team'.

Singapore staged test and exhibition events in 2010 and 2011 but this year was a host venue with the race taking part in the Marina Bay Reservoir.  Singapore is part of an eight-venue global circuit (next stop Qingdao, China - 2-5 May 2013) hosting this year's event. 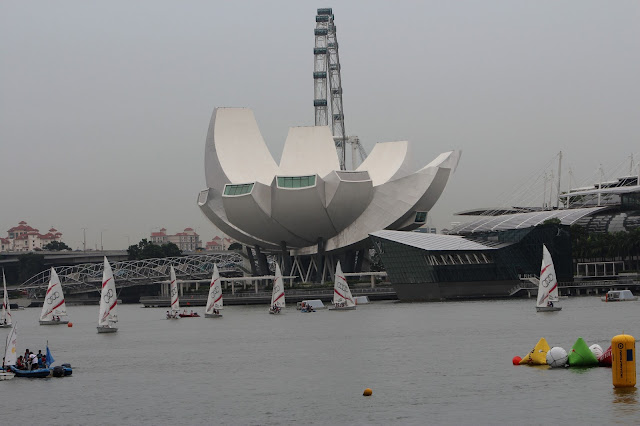 The Extreme Sailing Series pits some of the best professional sailing teams in the world against each other on identical catamarans.  The courses are close to shore, challenging and tactical to provide maximum entertainment.  Singapore is set to host the event for the next three years, so even if you missed it this time you can hopefully catch it next year. 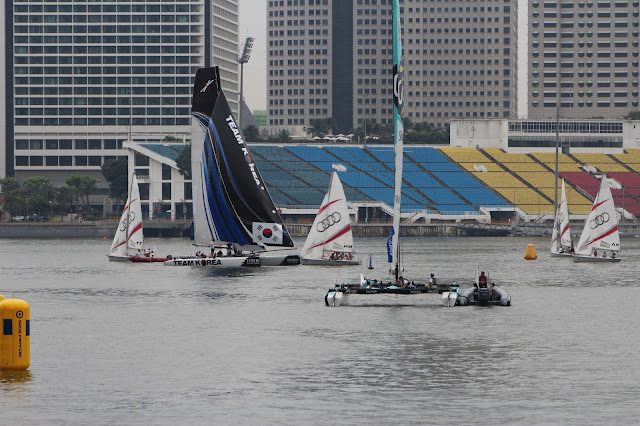 The action began on the Friday but we weren't able to get there until the last day, the Sunday.  It was a wet, drizzly start to the day but not enough to dampen spirits too much.  On each of the days there were a variety events taking place on and out of the water.  We caught some windsurfing amongst other things.

Sunday was the culmination of the racing in Singapore and saw the Swiss team, Alinghi sail to victory.  The placings after the action in Singapore were:

The overall standings after Act 2 - Singapore are: 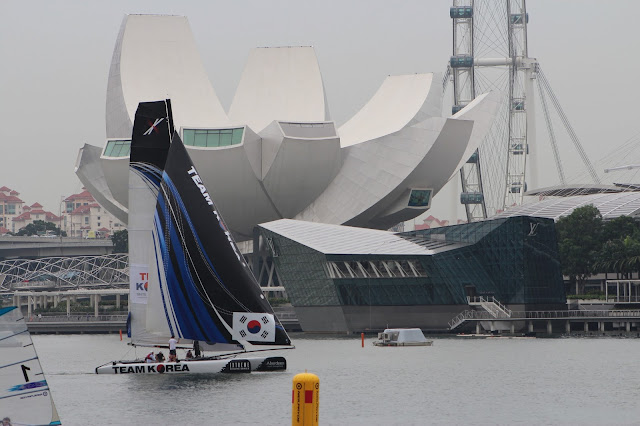 We had a fun late morning, early afternoon there, though the action continued after we left and into the evening.  Although I'm not an expert on sailing it was fun to watch the boats sailing in the familiar waters of the Marina Bay area. Definitely something to catch next year when it returns, or, if you happen to be somewhere it has yet to come to on this year's circuit, to check out when it arrives in your city. 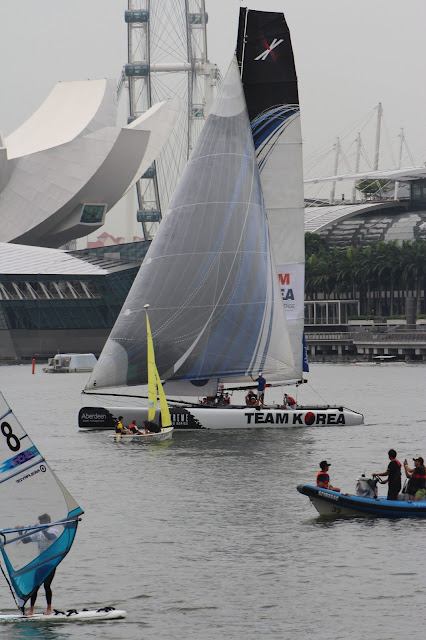