Chill Out Bars on Tour - Saigon

My husband has written yet another instalment in his 'Chill Out Bars' series, this time following another recent business trip to Vietnam.

A key part of the ‘expat’ living in Singapore experience is the ability to travel to many places that none of us, in our respective countries, would ever dream, or only distantly dream, of visiting. Such places include, Thailand and Malaysia but also extend to hops to Indonesia (avoid the horror that is Kuta in Bali), the Philippines, Cambodia (not been), India and many more such as Sri Lanka, what a view from the hotel. These trips can be for pleasure or more likely in my case for work. However when working one still needs a beer of an evening to help to unwind or at least escape the shackles of the laptop (I still have the crackberry).  So I thought I’d write a chill out bars post describing the bars I visited in Saigon (all the locals and a good few others use the old title) or Ho Chi Minh City to be official.

I stayed in District One, a short walk from Notre Dame Cathedral, the Freedom Palace and the mighty Mekong, so on my first evening I decided to go out and search for a beer, as I finished in the office at about 4pm. 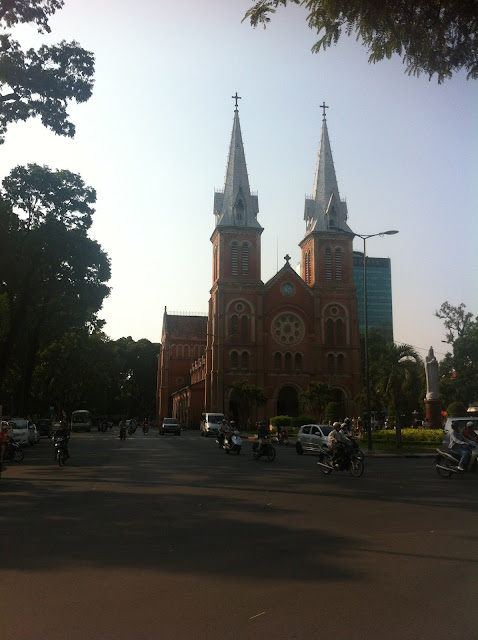 The Roof Garden at the Rex Hotel

The Rex Hotel has been an institution in Saigon for many a year, during the war years it would have thronged with Americans, soldiers and journalists alike. But we are not here to talk history, there was beer to be drunk. Having consulted the interweb I decided upon a sundowner at the Rex’s rooftop bar (I like a rooftop), called the Garden Bar or Roof Garden. Initial signs were not good, the queue for the lift was long and full of northern European tourists (more on that in a minute) and the lifts were very small. Having let two go I managed to make it into the third and ascended to floor five, full of disappointment I wondered if the bar would be packed. It was not, the area is huge and the bar area was reasonably empty. I chose a seat in the fading sun, away from my Germanic looking fellow visitors and ordered a beer. When travelling I always try to have the local brew and definitely would not order a Tiger (which is everywhere in Vietnam), so I ordered a Saigon (I think this is the same beer as it’s northern cousin Ha Noi) and watched the world go by. The bar itself is a bit kitschy, there is a big golden crown in the corner, flanked by a couple of huge fake elephants. 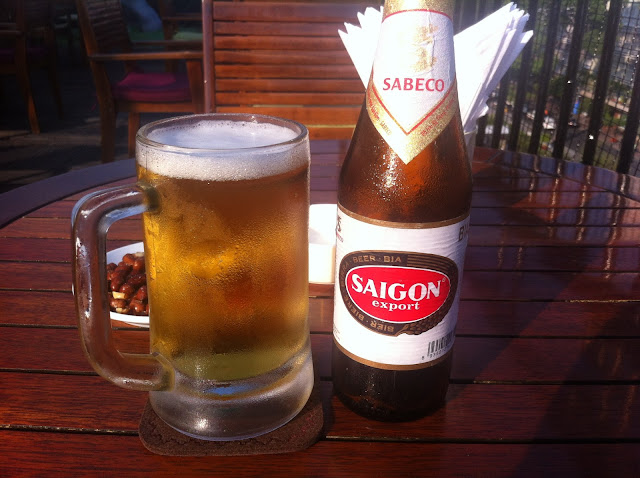 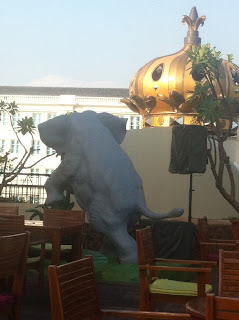 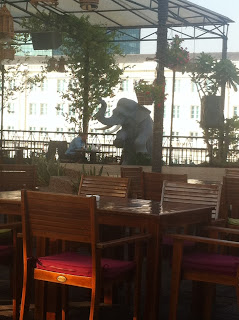 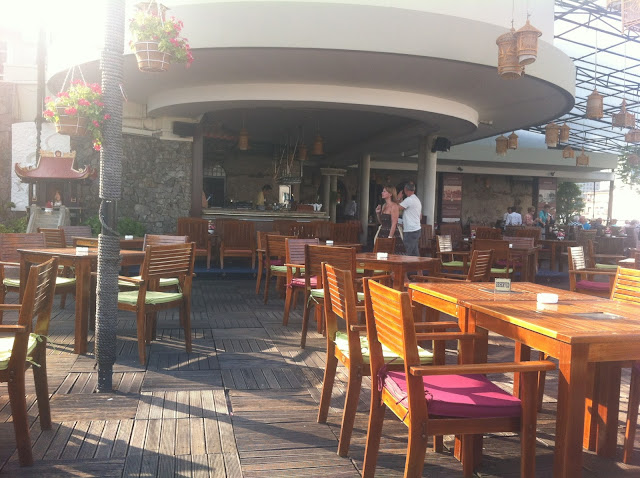 Why was the bar so busy? This is the history bit. As I mentioned the hotel became famous during the Vietnam war for hosting the American military command's daily conference.  Its rooftop bar was also well known as a hangout spot for military officials and war correspondents.

After this I stumbled on a local restaurant and dined on bbq’d prawns and pork, with some fried rice.

Saigon Saigon at The Caravelle Hotel

Unfortunately, my work trip had to extend over a weekend, as I had meetings in Saigon on Thursday / Friday and Hanoi on Monday / Tuesday, so I decided to spend Friday night in Ho Chi Minh. Again I was looking for a sundowner and not wanting to be boring I chose a bar called Saigon Saigon, another rooftop affair on top of the Caravelle Hotel (across the square from the Rex and a little up from the river). The bar has a terrace area to the side and an l-shaped ledge with teak tables around the side of the bar area. The staff are very attentive and quickly served me a beer, pointing out that I’d ordered a non-happy hour beer, as it was a local one.  Happy hour extends from 5pm to 8pm and was 2 for 1 on house pour wine and draft beers, bloody Tiger.  I watched the sunset from here and the comings and goings in the street below. For a communist country there are a lot of Ferrari's, Range Rovers and Bentley's on the streets. 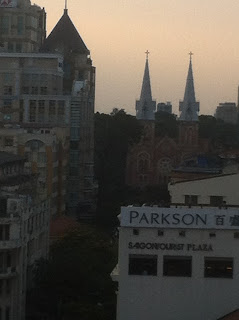 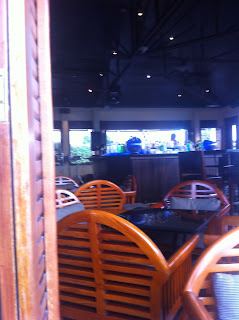 Having watched Bobby Chinn on TLC many times I decided to give his restaurant a try. It is split into a dining area and an eating area with the bar at the far end and the kitchen in the opposite corner. I sat on the high bar chairs and ordered an excellent steak with a baked potato and veg (I have had the wasabi mash before, which is bloody fab). The bar also had a happy hour with promotions on house wine, I was ready to go after three glasses but was informed that there was another one in the pump (I stayed for the fourth). The steak was perfectly cooked, the spud, a rare treat and the wine excellent. The place is a tad pricey for Vietnam but then I was lucky enough not to be paying on this occasion. 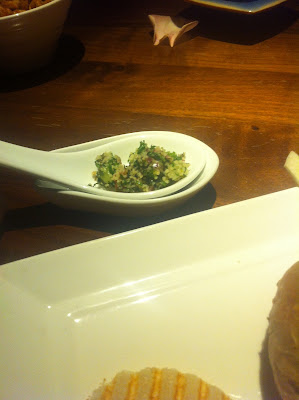 One thing to note, there is one problem with eating and drinking in bars in Vietnam - the smoking ban in these places has not yet made it to the country (hence my choice of rooftop outside options).