The Malay Heritage Centre was somewhere I'd been wanting to visit for a while but for most of last year it was closed for refurbishment.  It reopened in September and instantly made it back on to my list of places I'd like to visit. 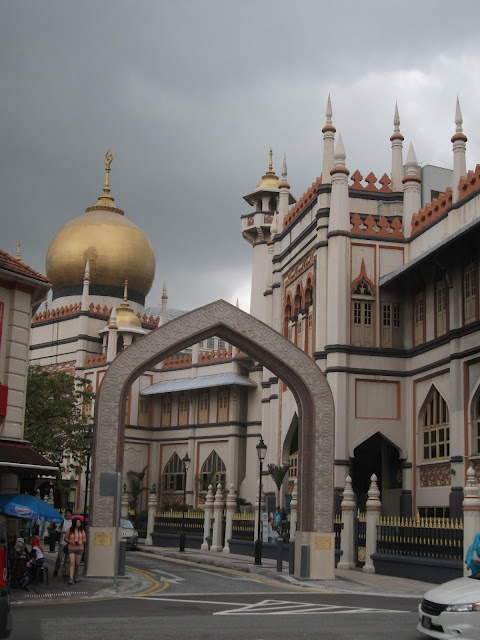 The Heritage Centre serves to showcase the history, culture and contributions of the Malay community in Singapore.  The centre is housed in the Istana Kampong Gelam and is just opposite from the Masjid Sultan mosque.

By way of a little background to the building, it is a former Malay palace and was originally built by Sultan Hussein Shah of Johor in 1819 in the Kampong Glam area.  It was originally in a much bigger compound than it is today but its size was reduced as Singapore was further developed.  The building that exists today was commissioned by his son, Sultan Ali Iskandar Shah and was built between 1836 and 1843.  The building and its land were refurbished as part of the development of the Malay Heritage Centre in 2004. 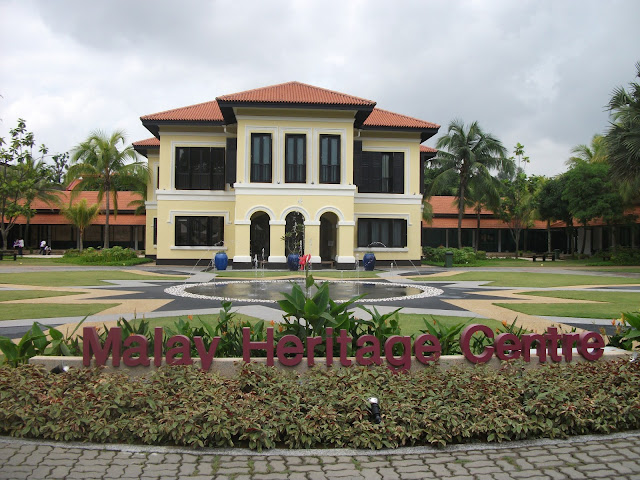 The heritage centre itself has several permanent galleries as well as special exhibitions at various times.  The permanent galleries have stories and artefacts from both Singapore's national collection as well as contributions from individuals.  There is much here about Kampong Glam's importance as a thriving port town prior to the arrival of Sir Stamford Raffles.  There are though sections focusing on the Malay influence on all manner of things including the contribution of prominent Malays throughout Singapore's history and the influence of Malay popular music and movies amongst much more.

Additionally the centre also offers a number of programmes and events throughout the year that promote the heritage and culture of the Malay community.  You can check their website or Facebook page for more details.
Email Post
Labels: Bugis history Kampong Glam museums photos places to visit Singapore things to see
Location: 85 Sultan Gate, Singapore 198501