Dragon Boating in the Bay

A few weekends ago we went along to a Dragon Boat racing regatta taking place at Marina Bay.  My husband used to row and compete when he was younger (just regular rowing not in dragon boats) and with his interest in the sport he was keen to go and see some dragon boat racing when we heard it was on.  I'd seen odd practice sessions along the Kallang river but nothing more, so this seemed like the perfect opportunity to experience it.  Dragon boat racing is believed to have originated in southern central China more than 2500 years ago and there are a lot of rituals and ceremonies attached to it. 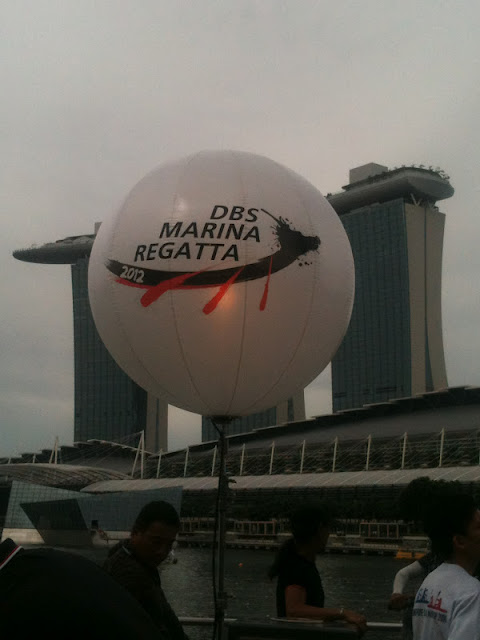 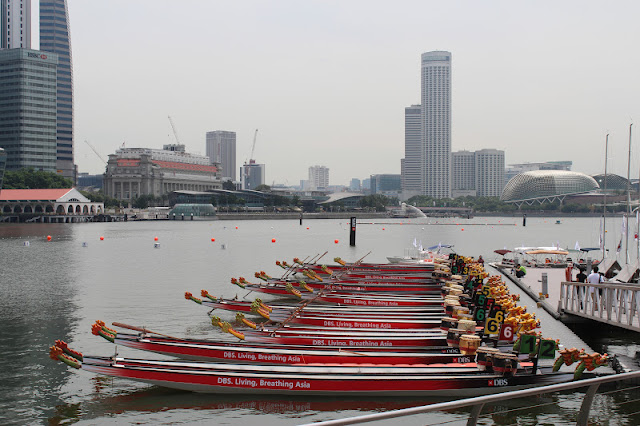 This regatta saw a variety of teams taking part, including the British, Gaelic, American and Australian teams (as well as many more), several local university teams, corporate teams and some teams from neighbouring countries.  The regatta took place over the whole weekend (we popped along both days) with numerous heats over longer and shorter distances, with the teams competing to qualify for the final races. 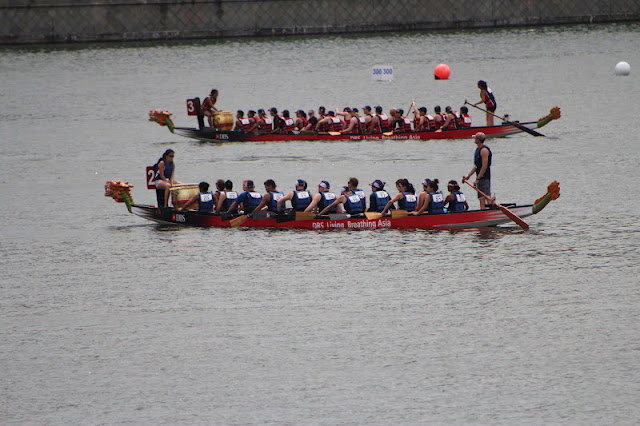 As spectators we were able to wander right in amongst the teams warming up and preparing for their races as well as, of course, walk around the Bay getting various views of all the action.  In addition to the racing, on the Promontory there were several food stalls, a beer tent (complete with live bands) and lots of fun activities for families, including face painting and all the usual things you'd expect to see at a family friendly event.

It was only by chance that we even realized this event was on but it was a fun and different way to fill our weekend.  If you are interested yourself I recommend you keep an eye out for future dragon boat racing events in Singapore. 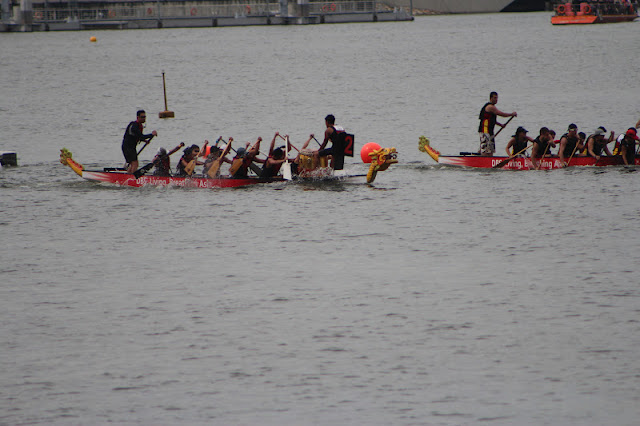 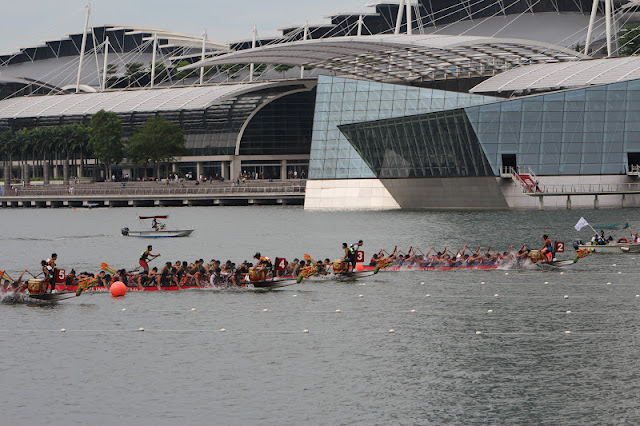