Given the length of time I've lived in Singapore I made a somewhat surprising realisation recently, that I've never eaten Indian food in the Little India area (other than a quick snack one lunchtime in a place near Mustafas).  Of course I've eaten plenty of Indian food elsewhere on the island and yes been to Little India countless times and eaten there too.  It always seems to be random food though like tapas and never anything I could say fits with the culture identity of that part of Singapore.

Determined to put this right at some stage the opportunity arose recently when we ended up in the Little India area wandering around and again exploring this part of the city.  We'd done a reasonable amount of walking and with lunch time approaching began to feel the need for some food and something to drink.  Wandering around the streets of Little India with the myriad of shophouses with businesses selling fruit, vegetables, DVD's, CD's and a whole host of other items we also came across the Lagnaa restaurant on Upper Dickson Road.  It was reasonably busy, the menu looked good so we thought we would give it a go.

The restaurant is itself in one of the shophouses along that road with seating both indoors and outside under the five foot way (where we chose to sit).  I've since discovered there is also an upstairs area where you can sit on the floor to dine, perhaps something to try on another visit.  What immediately hit me as well was the graffiti dotted around the walls of the five foot way area of the restaurant, all past memories of satisfied customers detailing what they had eaten.  Graffiti is such a rare sight in Singapore though that when I see it I probably notice it more than I ever would do in the UK. 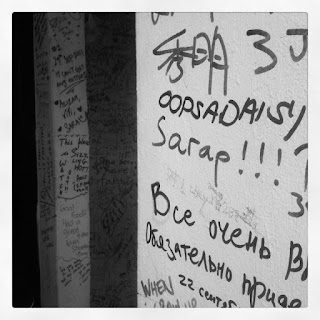 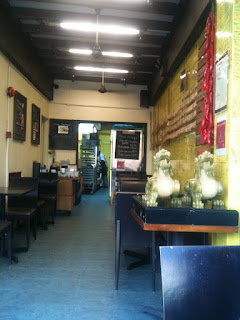 As soon as we were seated and the waitress brought us the menus she proceeded to make some recommendations about dishes we might like to try.  Asking us if we were alright with hot food and so forth and advising what were the hotter dishes.  When she took our order she again confirmed whether we'd be alright with the heat and with one dish, where we could choose the heat, suggesting what we might want to choose and how many dishes we should order.  She also told us a bit about the cooking methods that were used.  Those who know Singapore will be aware that good service is not always easy to find and so her attentiveness, knowledge of the menu and general helpfulness made a really refreshing change.

I did not actually get any photos of our meal (we were too busy enjoying it) but we ended up with perfect dish choices comprising of mutton and chicken curries, rice and roti pratas and we had absolutely the right amount for both of us.  It was delicious too and I would certainly return.  Of course, 'when in Rome', so to speak and my husband indulged in an Indian brand beer to go with his meal whilst I had a mango lassi.  Something I'd never tried until we moved to Singapore but will now often have it if I see it on a menu. 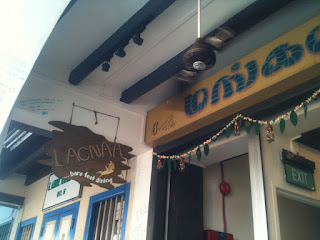 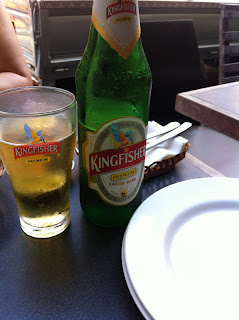 Finally I've managed to dine on Indian food in the Little India area and this was well worth the wait.  Where else would you recommend I try?
Email Post
Labels: food Little India local food and drink me photos places to visit restaurant shophouses Singapore
Location: 6 Upper Dickson Rd, Singapore 207466