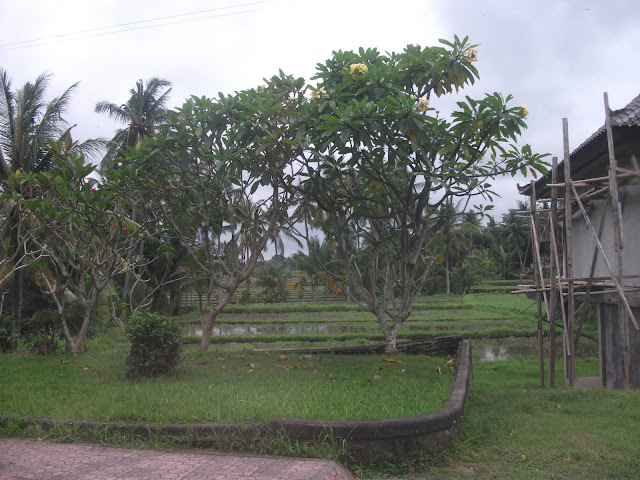 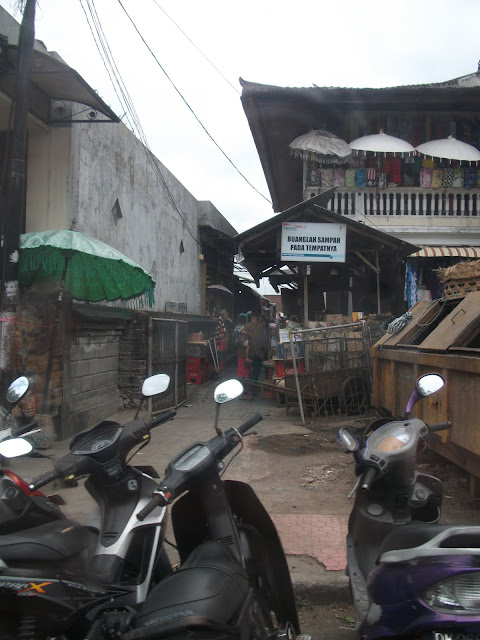 After our previous day out we booked the same driver to take us to a couple of other places closer to Ubud later that week.  We decided to spend the morning at an elephant sanctuary called The Elephant Safari at Taro close to Ubud.  In our guidebook this was described as a place where the elephants that had been used in Sumatra for logging had been retired to after the use of elephants for this purpose was stopped.

The journey there again reminded me of the vast difference between the landscape of Bali in comparison to Singapore.  We passed through several villages and towns with chickens and dogs running up and down the roads, small side streets and locals selling all manner of things from roadside stalls and shops.  Several stalls were selling petrol in vodka bottles but sadly I did not manage to get a photo.  On the way we made a brief stop at a place in Denpasar that prints batik patterned clothing and other items and sells these.  It was interesting to watch them at work and then to view the finished items.  Batik printing is a very common technique used in Indonesia as well as many other parts of Asia and batik patterned objects are readily available to buy.

As we continued on our way I had my first sight of paddy fields as well.  Having only ever seen these fields on TV I really was excited to see them for real, fields or any crops are not seen in Singapore and whilst obviously there are no paddy fields in the UK I miss that kind of open space.  We passed several fields with cows in as well, again a rare sight for me these days.  Truly wonderful scenery and I'd definitely like to see more of the island to see more of it. 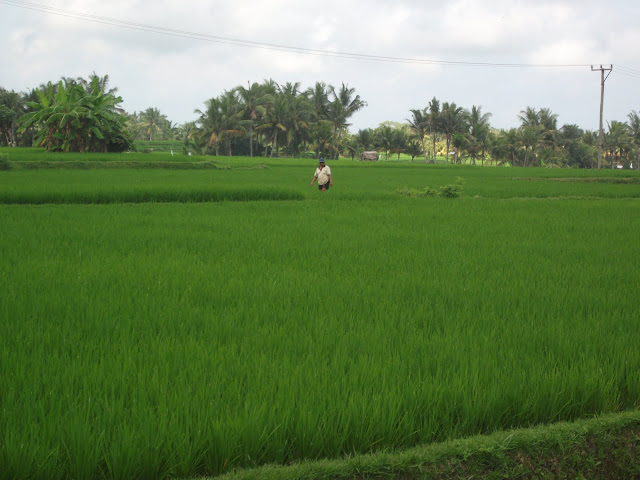 When we arrived at the sanctuary we had already decided that we did not want to go on an elelphant ride.  We thought though that we would be able to see the elephants regardless.  Unfortunately though it quickly became apparent that if you did not go on a ride it was either a case of being lucky that you arrived as the elephants were coming back from one ride in the jungle before heading off on another.  Or else having to wait for them to return in order to briefly see them.  There were unfortunately no elephants that you could just see regardless of whether you wanted to go on the ride or not. 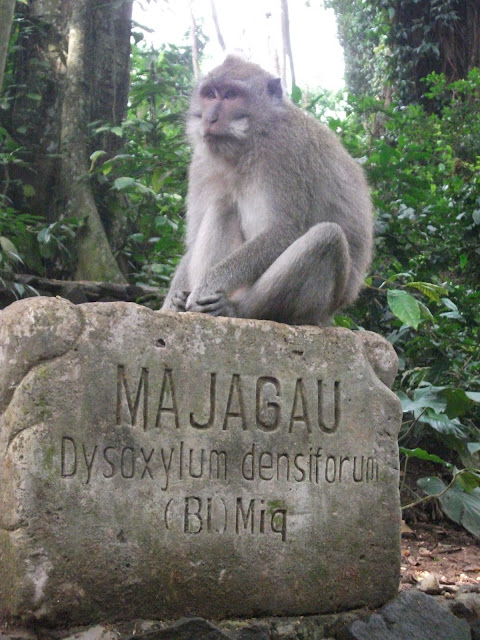 The sanctuary did have some other animals, a few monkeys and some birds but they were in enclosures that, in my opinion, were far too small for them and with nothing in them to keep them entertained and stimulated.  Whilst the elephants all looked well cared for it was a shame there was nothing there for people who did not want to or could not go on an actual elephant ride.

Other than this and the other few animals there was not much else to see at the sanctuary.  As a consequence once we'd seen the elephants (briefly) before they disappeared into the jungle to begin another ride and we'd wandered around we were ready to leave.  It was an expensive disappointment. 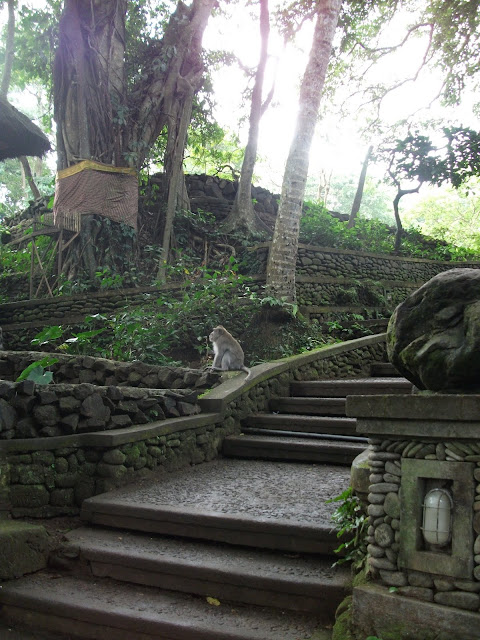 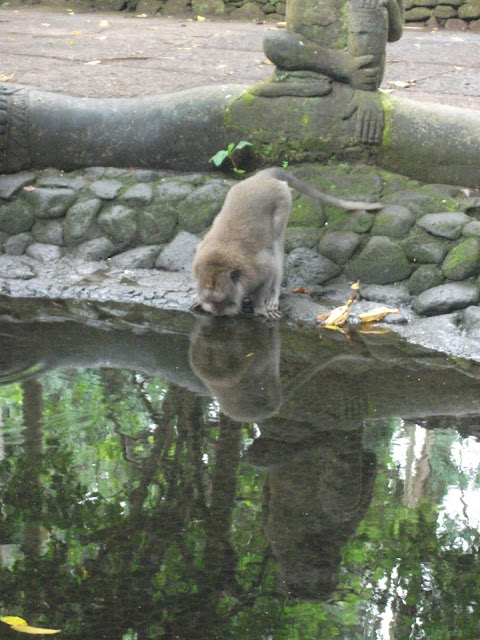 Thankfully the rest of our day was far more enjoyable.  Ahead of our afternoon we stopped at a restaurant near Ubud which sadly I did not take note of the name (more fool me).  The food was good with a varied selection of dishes, but the real delight were the views across the paddy fields.  The back of the restaurant literally opened right out on to the fields with barely anything separating us from them.  It was clearly a popular stop for the drivers of the tourists as the restaurant was fairly busy but I can understand why it would be with views like that. 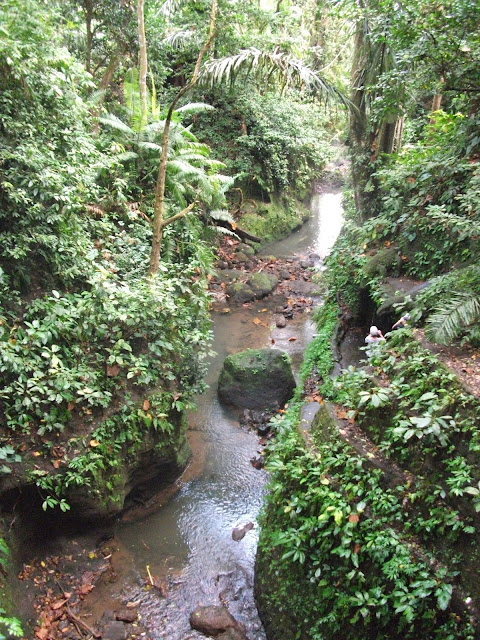 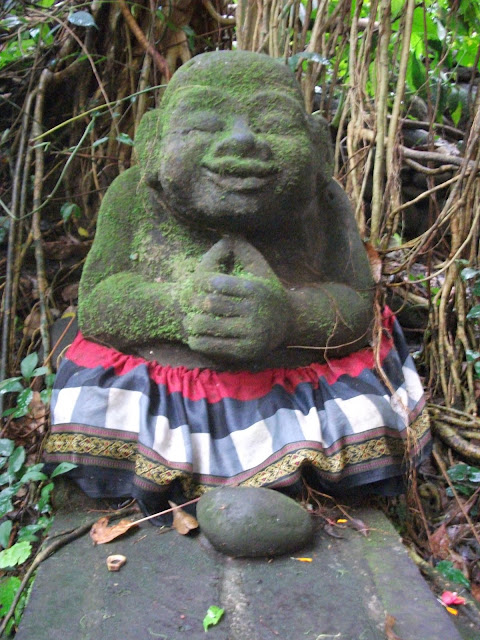 Following our lunch stop we then went on to the Mandala Wisata Wenara Wana or Sacred Monkey Forest Sanctuary.  This was great!  The forest houses a sacred Balinese Hindu temple, the Pura Dalem Agung Padangtegal temple as well as a 'Holy Spring' bathing temple and a temple that is used for cremation ceremonies.  The place is held sacred and there is a local belief that the monkeys there are an intrinsic part of the spiritual life of the temple.  Clearly the villagers of Padangtegal are very proud of their temple and work hard to maintain it and ensure the monkeys are well looked after and respected.

Just like on our trip to Uluwatu the monkeys were very inquisitive and cheeky and as before you could buy fruit in order to feed them.  Being so bold and unafraid of humans means you can walk amongst them, observe them closely and enjoy their behaviours and characters at close hand.  The place was busy with tourists but peaceful too particularly around the temple complex.  I would recommend a visit to the temple if you find yourself in the Ubud area. 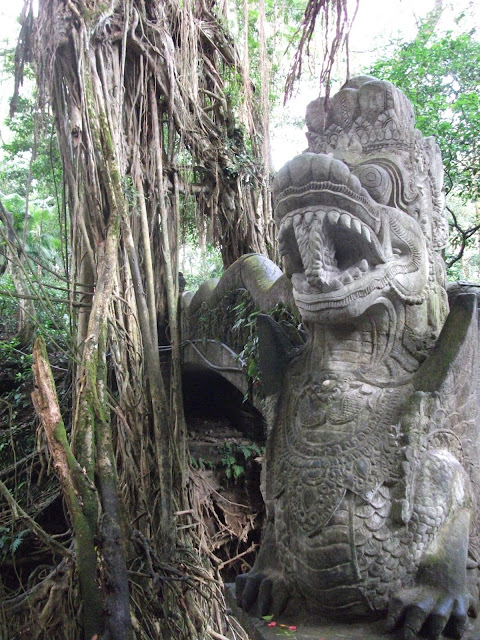 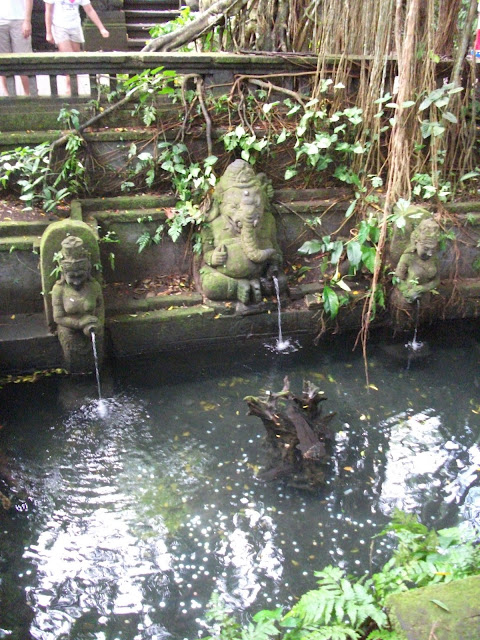 It was a shame that our day began with a visit that we did not get a great deal from.  Perhaps if we had decided to do the elephant ride our experience would have been vastly different but we were not keen to do so and had hoped to be able to see the elephants regardless.  The monkeys at the temple though were wonderful and made a lovely end to our day.  As we drove back through Ubud the vast array of individual shops caught my eye, definitely a place to return to, I hope, some day. 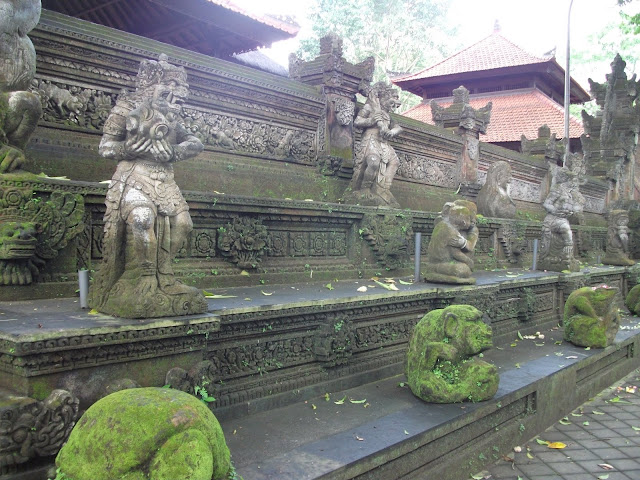 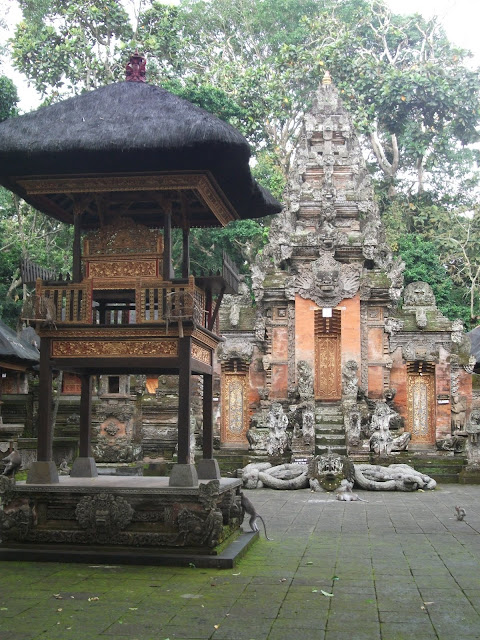