The River Hongbao celebrations are now in their 27th year, though I admit to probably never having seen it at it's best.  Last year we went right at the end when a lot of the stalls etc. were packing up and this year, although it was running, it was the first day and we visited during the day.  I've been told the best time to visit is over the Lunar New Year weekend itself, preferably on Lunar New Year Eve, so hopefully next year I can get it right! 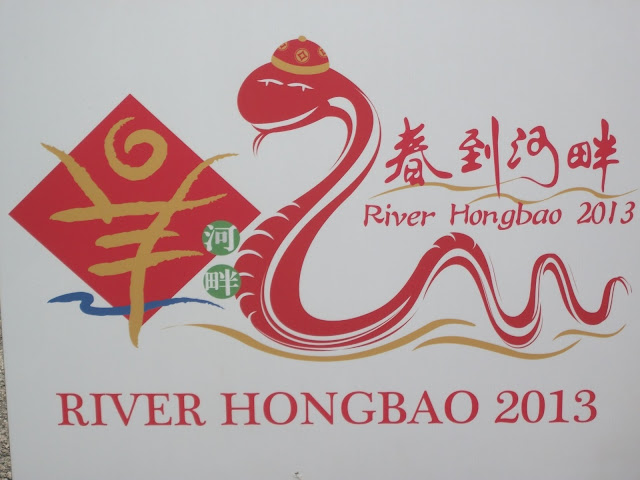 This year River Hongbao has a number of lantern displays on show (some of which are in the photos below) which at night are lit up.  The lanterns were locally designed and crafted and this year some of the largest lanterns ever created for River Hongbao are featured.  Alongside the lanterns, of which there are twelve for the zodiac signs, are a number of performing groups (there was a stage set up this year which I'm not sure I saw last) and stalls selling a variety of handicrafts as well as plenty of food stalls.  I also noticed a fun fair with lots of different rides. 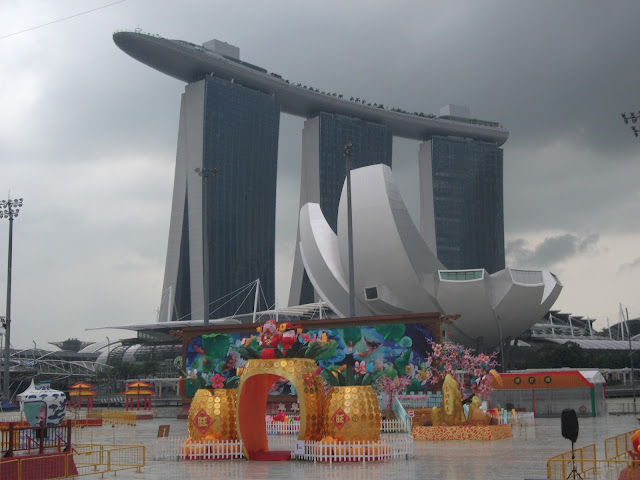 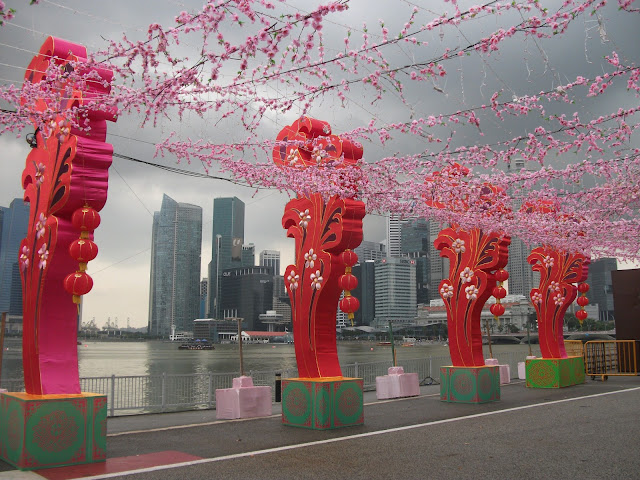 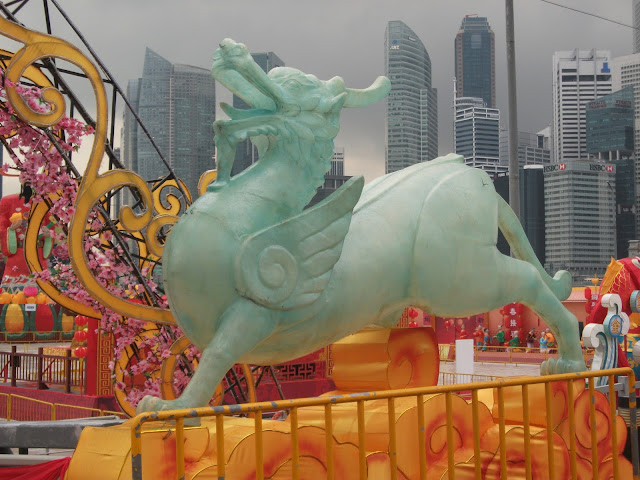 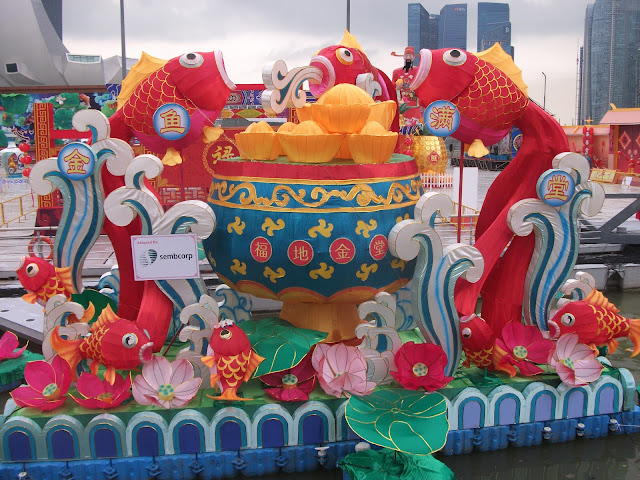