I've been promising and teasing you about a new regular feature on my blog for a while now and finally here it is!

I mentioned on one of the recent Liebster Blog Award posts about how I had become a little complacent about living in Singapore and that I really wanted to get back the excitement I'd felt during my initial time here.  It was actually a conversation with one of my colleagues at work that put the idea in my head to do this and from there things grew.  I decided that it might be fun to travel around the MRT map of Singapore and in the process hopefully root out some interesting and undiscovered (at least for me) areas of this island.

When I studied the MRT map closer I realised that there are actually an awful lot of stops there and that some of them may not be very worthwhile visiting or, at least, trying to blog about.  As well as this some of the stops in the city area I've done countless times and may have already covered much of what I might want to see.  I therefore decided that I would take them in alphabetical order, research a little of the surrounding area of each one to see what was there and if it sounded/looked promising I'd make the trip.  The only rule being it needed to be something that was within walking distance of the MRT station.  Despite Singapore not being the best for walking far, at least if you don't want to turn into a horrible sticky mess I am prepared to walk a fair distance in the name of exploring something new.

Of course I don't know the whole island and I'm only doing this from what is available on the Internet, other Singapore blogs and websites I've found and from looking at maps of the area.  So if you know of a must do near a station that I'll likely not know about then please let me know and I'll aim to visit.  I'm not sure how long this will take me to do (or even if I'll ever finish it) but I certainly think it will give me a new challenge for the year and a new appreciation of Singapore.  So sit back and let me take you to my first MRT stop, Aljunied and to the streets of Geylang nearby. 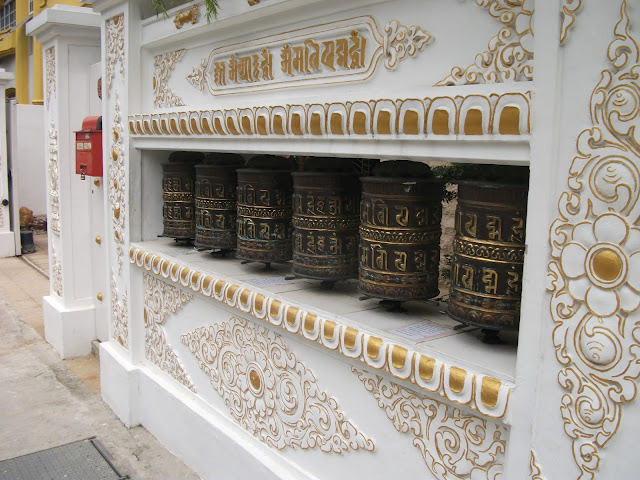 I actually live just a stone's throw from Geylang so, of course, I've ventured there and eaten there in the past but I've never really gone to just hang out there and wander around.  Geylang is well know for housing an array of night time entertainment and KTV bars, but it is none-the-less a fascinating part of Singapore to see.  I've read much about Singapore's history but I have to admit to always wishing I knew just a little bit more about the places I go to to understand more of the significance of the buildings or an area.  Geylang being no exception to this. 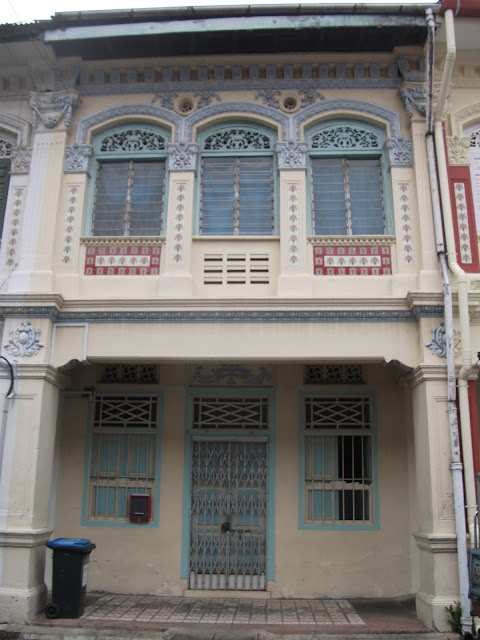 I went for my wander around Geylang in the early afternoon when the stalls and coffee shops were full of groups of people chatting and enjoying each others company.  There were also many taxis parked up near eateries too, I guess the drivers were also getting a bite to eat.  Away from the hustle of the eateries though, if you walk down the narrow Lorongs in the afternoon (at least on a week day) many are deserted and peaceful with nothing but bird song to keep you company.

Geylang is full of beautifully decorated shophouses, even those in in need of a little TLC seem wonderfully charming and many different temples, mosques and churches.  The shophouses I saw seemed in some cases to be occupied by various clan associations and, of course, many by businesses.  There are a myriad of these independent businesses in this area selling everything you could possibly imagine.  Having read a little more about Geylang since I gather that this was an area that many new settlers first came too so it seems fitting that it should be teeming with temples etc. as people doubtless gave thanks for their safe arrival in Singapore. 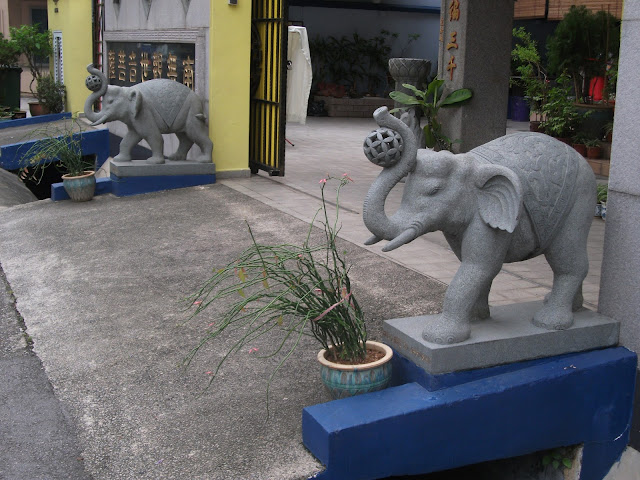 I enjoyed my walk around, admiring the beautiful buildings and the buzz of day-to-day life.  It felt like their was a real community there and that neighbours knew their neighbours.  Especially as I casually observed Uncles sitting outside the front of shophouses chatting to other Uncles sat outside another shophouse.  Pleasingly Geylang Road's many shophouses are preserved from redevelopment and the area is certainly worth a visit if you've yet to discover it.

My next Red Dot Roaming post will be published soon, don't forget to get in touch if you think there is somewhere near an MRT station that I absolutely must visit or something that is a must see!

Aljunied MRT station is on the East West line (EW9). 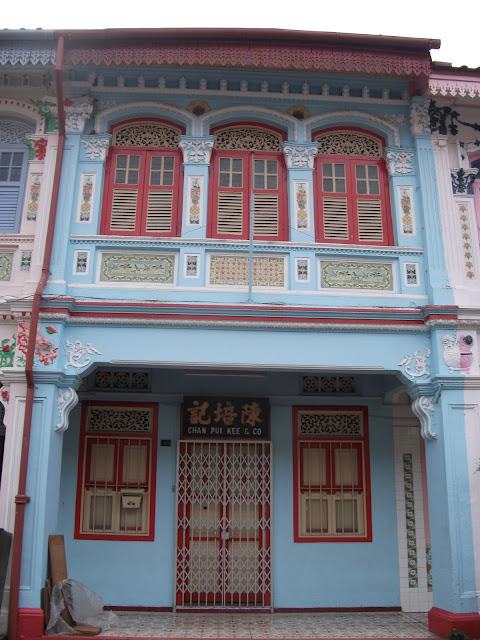 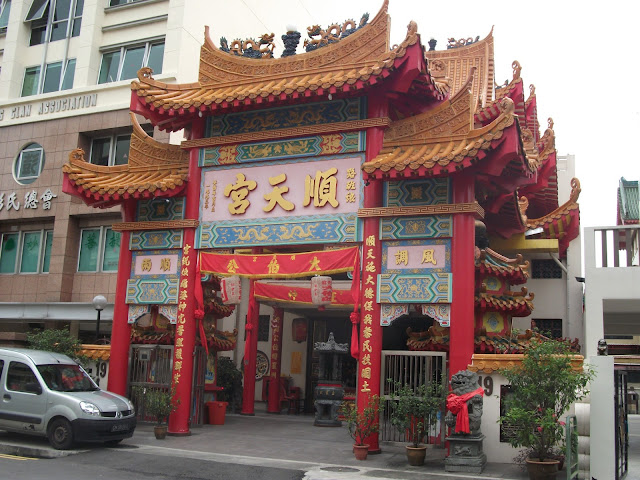