Back to Gardens by the Bay

Gardens by the Bay opened officially back in June.  Although I'd managed to have a sneak peek at the end of last year when the World Orchid Show was in town I couldn't wait see it again once it was fully opened. 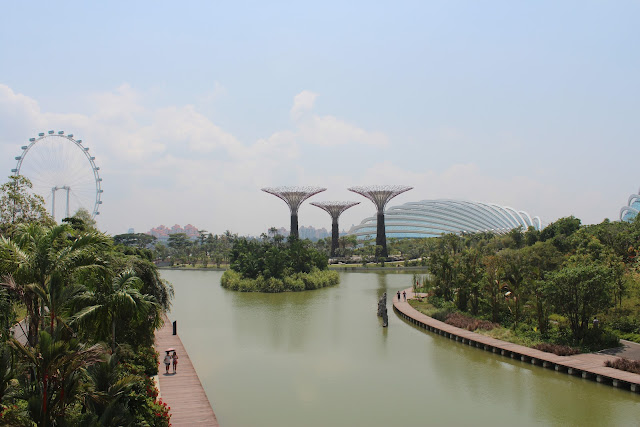 When I visited before the entry included admission to the Flower Dome so first on my 'to see' list this time was the Cloud Dome.  When we walked in the dome we were greeted by the pleasant cool temperature and the sight of the 35 metre man-made mountain and waterfall.  First stop was to get the lift up to the top and gradually walk down the mountain on the paths enjoying the plants and the waterfall at close quarters.  Seeing the man-made mountain up close and the way that the paths took us down each level brought to mind images I've seen in art of the Tower of Babel (the mountain being the tower) or a Sci-fi story of another planet or futuristic time.  The people living and surviving in a massive man-made structure of this type. 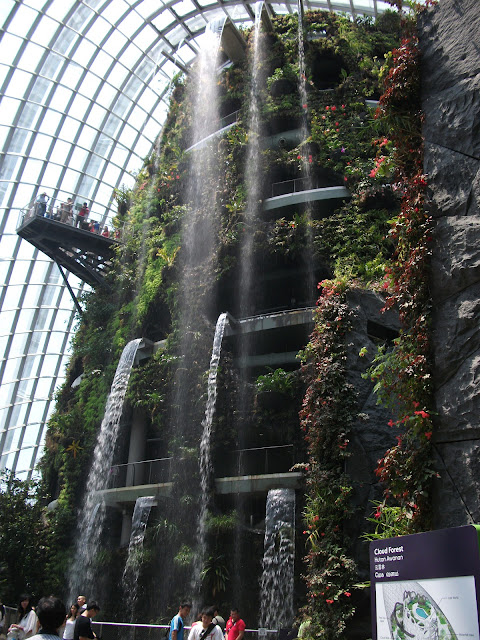 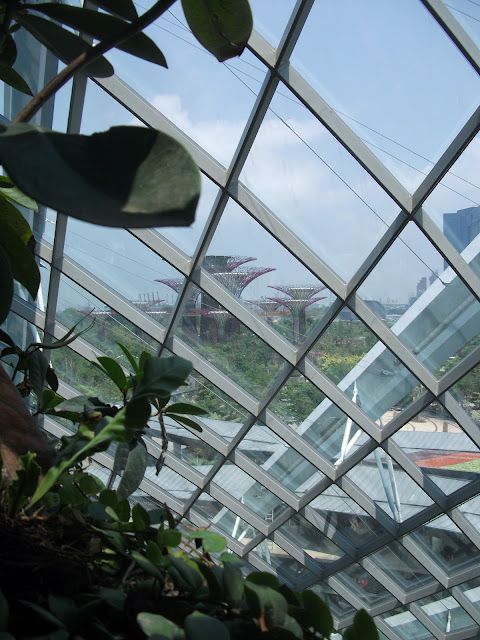 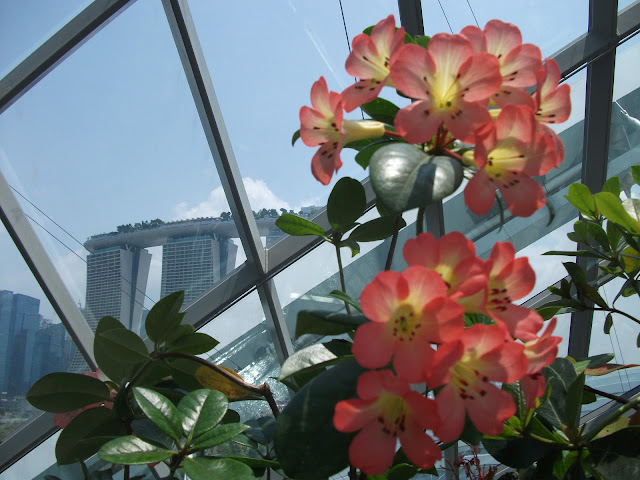 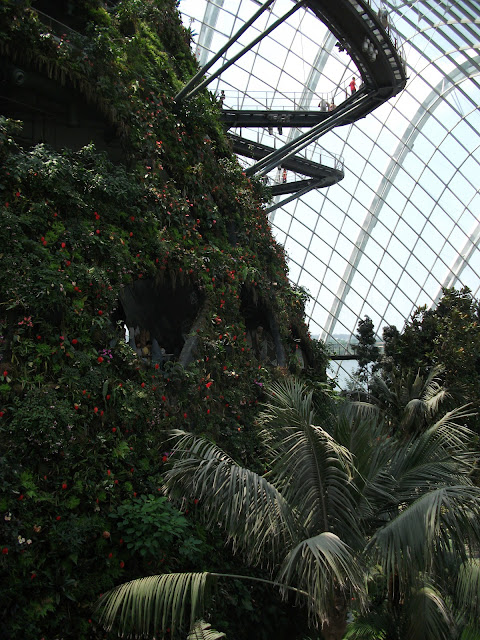 From here we then went back to the Flower Dome.  I was really impressed with it when I visited before and it was great to see the trees and plants much more established than they were before.  Having now visited both domes I think I now prefer the Cloud Dome but the variety of flowers and plants on display from different parts of the world is, nonetheless, very impressive. 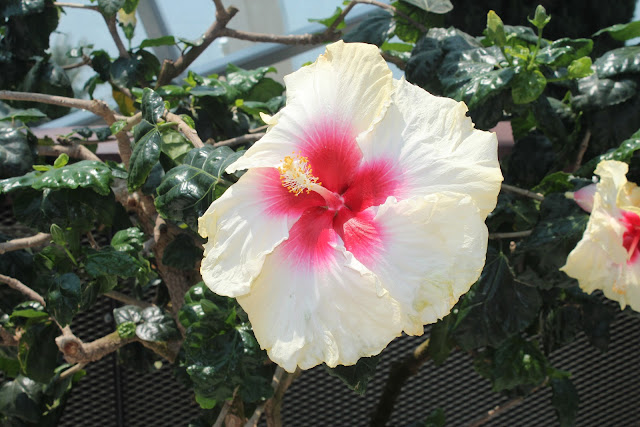 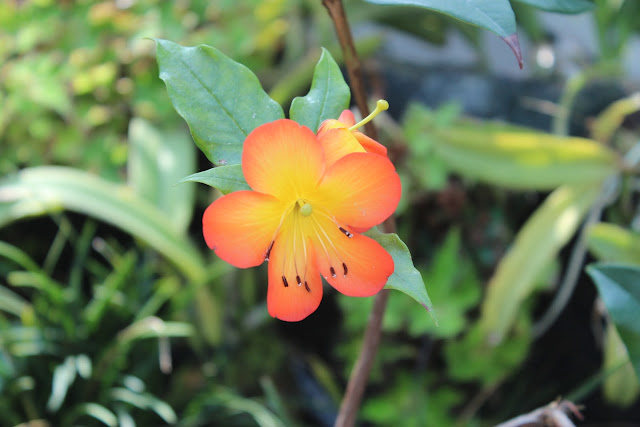 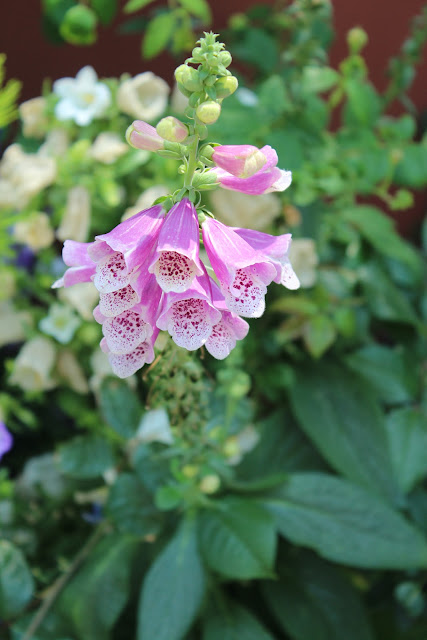 The other thing that I wanted to do was the Skyway walk through the Supertrees, again, for me, the trees seem very futuristic looking in their appearance.  I know some think them a little ugly but as I've passed them countless times in taxis over the months preceding the official opening I've grown to like them.  I've certainly seen nothing else quite like them anywhere else.  The queue to climb the Supertrees was long but when we eventually got to the top it was worth the wait.  Whilst the view can be seen from many other vantage spots in the same area, to be on that narrow path walking under the huge trees is quite something.  I wouldn't recommend it though if you have a fear of heights as the bridge between the trees is narrow. 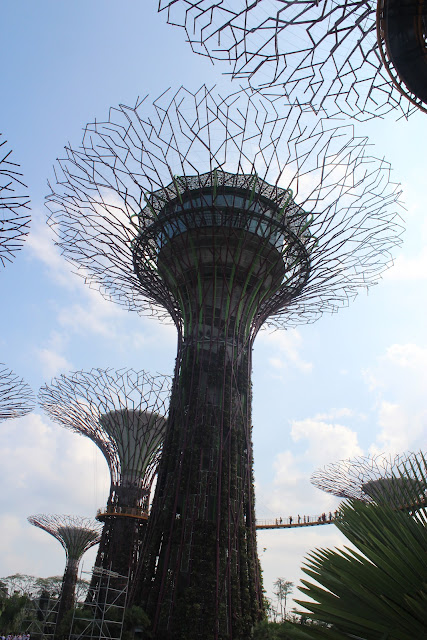 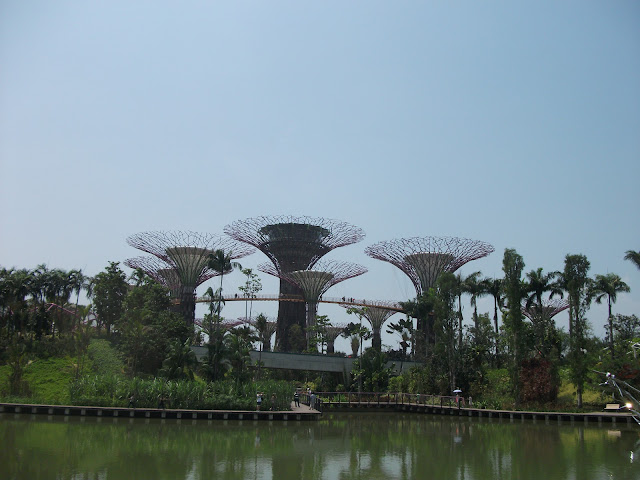 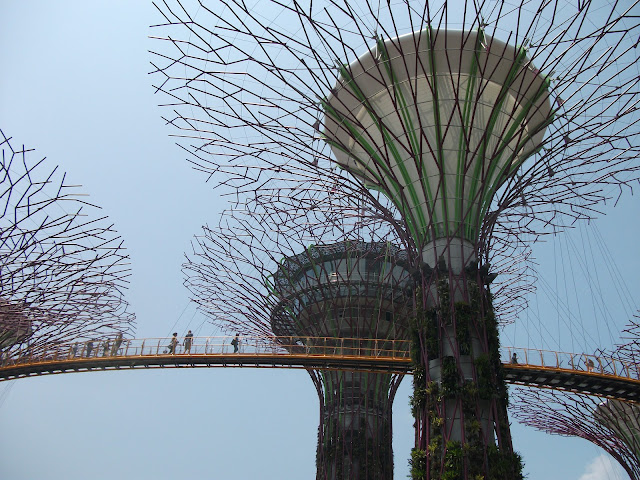 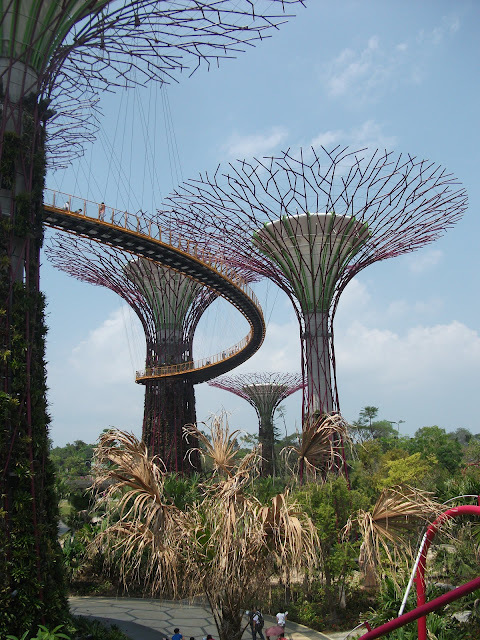 I agree with those that say it doesn't quite have the same ambiance and peacefulness as the Botanic Gardens do, they are without doubt lush, tropical and peaceful, but I don't think that matters.  Gardens by the Bay is completely new, different and those parts where plants are still establishing themselves will become more natural looking given time.  I can certainly see myself returning, even if I don't go into the domes or on the Skyway walk every single time. 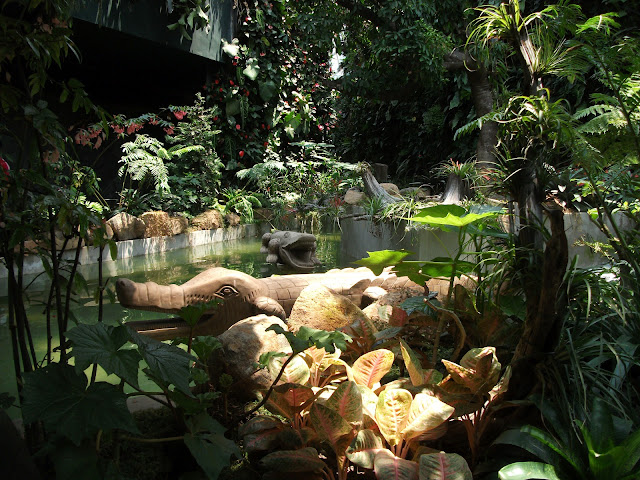 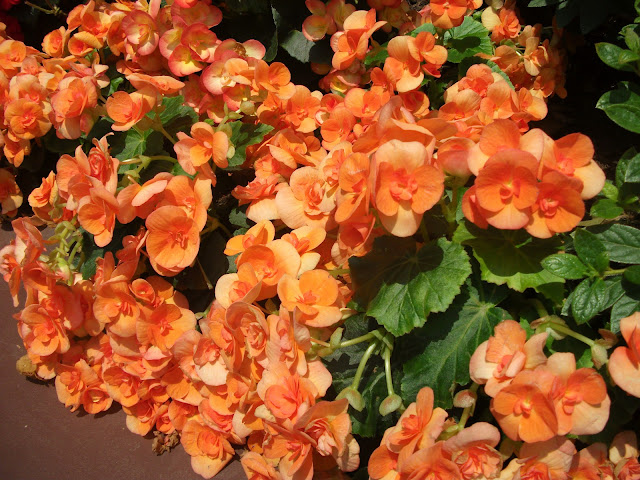 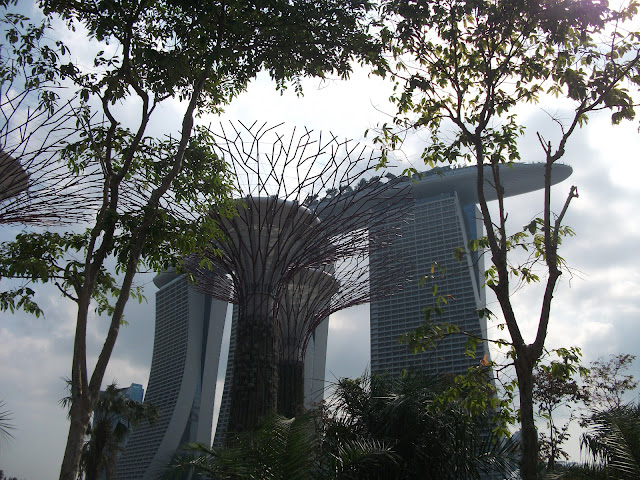 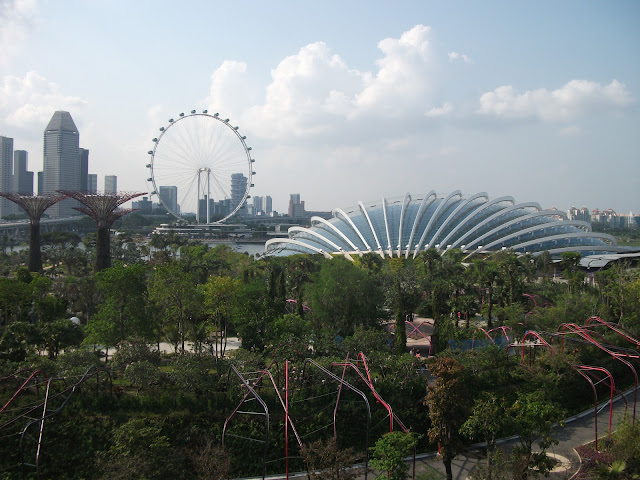 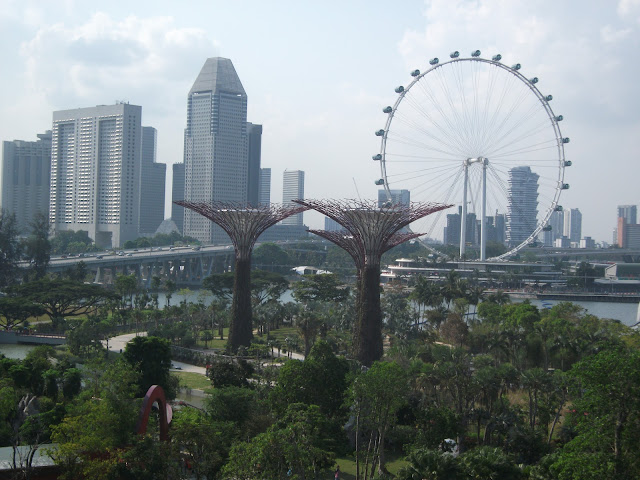 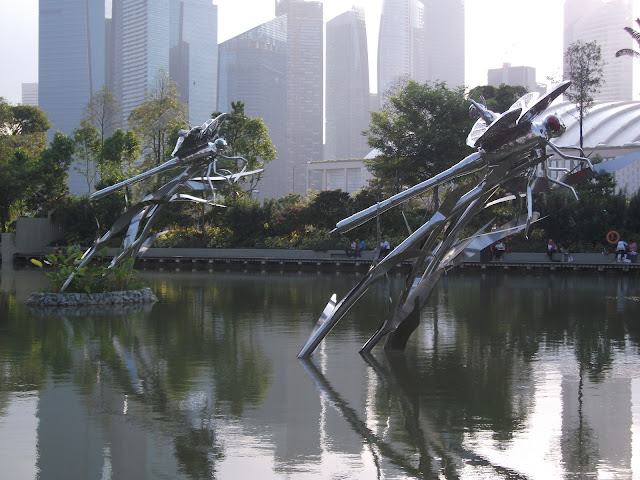