Following my visit to the Istana over Chinese New Year weekend, I was lucky enough to be invited to go on a guided tour when it was open to the public on the recent Labour Day holiday.  Although I'd only recently been I was interested to go on a tour to hopefully learn a little more about the place.  The Istana is opened to the public on various public holidays throughout the year (check the website for details of when).  As well as visiting the grounds you can also pay a little more to go inside the Istana on these days to view a few rooms, something that we did not do on our first visit.

Unfortunately our guide did struggle a little to keep control of us as she had a habit of starting to tell us things before everyone had caught up with her.  It was clear that some on the tour with us were losing interest and a few did excuse themselves at various points.  Nonetheless though I was mostly able to keep up with her and after she told us a little about the grounds and the other buildings in the grounds she took us inside. 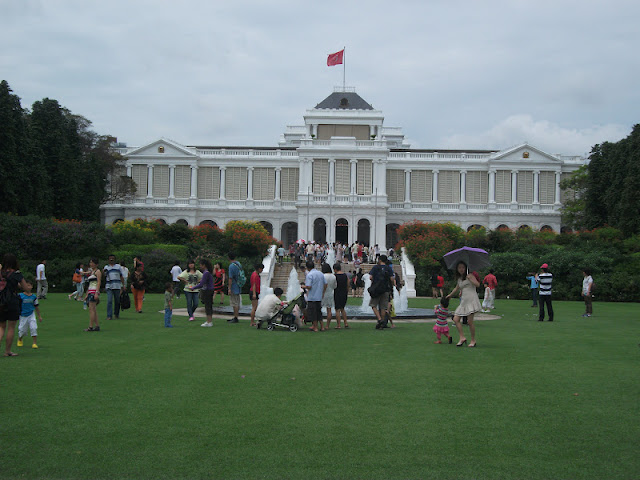 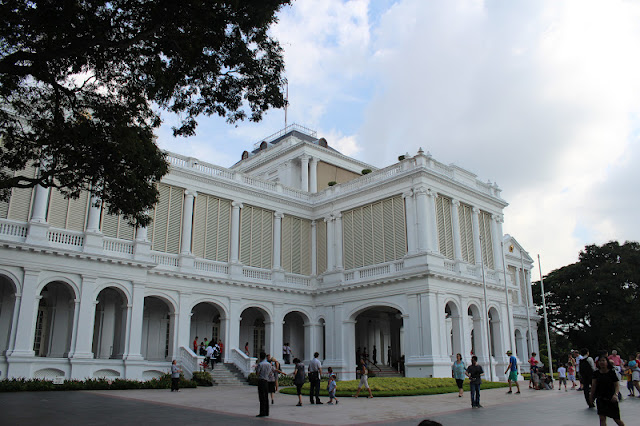 Visitors are not allowed to take photos inside the Istana and only a handful of rooms on the ground floor are opened up.  Although we went in the early morning and the queue to actually get into the grounds was minimal (in comparison to our last visit where we were queueing past Plaza Singapura), inside the Istana it was heaving.  This did slightly spoil it as it made it difficult to view the exhibits, paintings etc. and, with our guide not always waiting for everyone to catch up with her, harder to hear what she was telling us.

As you'd probably expect (if you haven't visited) the interior of the building is suitably grand and colonial in design and style and very spacious.  Visitors first enter into the Reception Hall, where we were told that official visitors are introduced to visiting Heads of State and Government here.  We were also able to view the State Room which was at one time known as the Victoria Room.  This was because the statue of Queen Victoria (which is now in the grounds) was originally housed in this room.  The room is now mainly used for various ceremonial purposes and was full of official gifts from past visiting dignitaries from various countries.  The last room that visitors get to see is the Banquet Hall, this area was formerly kitchens and workshops.  As the name suggests state dinners are now often held there.

As these are the only rooms that are open to the public we were not actually inside for that long.  I would have loved to have been able to see just a little bit more, but as the President's offices are housed here clearly it would probably be slightly impractical.  Nonetheless though I enjoyed my brief glimpse into the Istana, despite the large number of people in there all trying to do the same thing.  It is obviously a popular place to visit when it is open and I don't know when would be the best time of day to visit if you aren't fond of crowds, perhaps they should consider staggering the number of people allowed in at any one time.  Nonetheless though if you do decide to visit when it and the grounds are open to the public, for the extra couple of dollars it is worth a look.