UPDATE: This cafe is now closed.

For one reason and another I seem to be a bit behind on posts but will endeavour to catch up as soon as I can.  So firstly I have to rewind to last weekend.  We actually enjoyed a fairly quite one.  Partly because the weather was not good (especially in the afternoons), partly because we were waiting on a delivery on the Saturday afternoon and partly because my husband was a bit under the weather and did not feel like doing very much.

Saturday mid-morning though we decided to try out one of the local eateries not far from where we live which I'd heard was good for breakfast/brunch (though the all day menu looked pretty good too).  Vines On Nine is in an area called Siglap which is somewhere I always think has quite a villagey feel to it and a very relaxed weekend vibe.  There are several eateries, ice cream and dessert cafes, as well as bars there to enjoy both during the day and in the evening.  It is a stones throw from where we live too so is perfect if we do not want to venture far.

Having now been to Vines On Nine it seems to fit perfectly into the idea I have of the area with a relaxed atmosphere more akin to places we would visit for weekend brunch in the UK.  Of course one advantage here is that they can have both seating indoors and out year round (rain permitting).  Everyone there, when we visited, was clearly enjoying a late breakfast/brunch and making the most of having nothing better to do with their Saturday.  Another nice touch, some people were there with their dog and the waitresses bought him or her a bowl of water too - always a thumbs up from me. 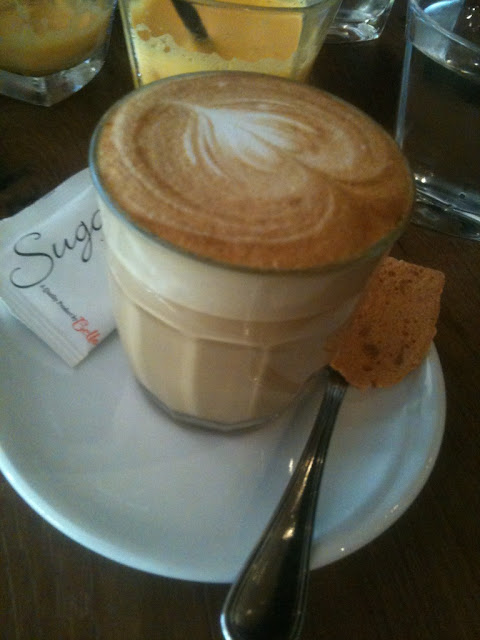 We both settled on the omelette's which were very good, we had a choice of various fillings so we could be creative to our own personal taste.  The omelette also came with a choice of bread which was then toasted for us, my choice being granary.  This was especially good as much of the sliced bread in the supermarkets here in Singapore seems too sweet for my liking, so when I have the opportunity to enjoy this style of bread (or toast) I'll grab it with both hands.  To be honest my phone photos do not really do the food justice, but trust me it is good.  All washed down with a couple of lattes or whatever your preferred choice of coffee is.

My only regret was that my husband did not eat his toast and I was not quick enough to pinch it off him before his plate was cleared.  I guess though another two pieces of toast might have been a little bit greedy!

I can't believe it took us so long to try this place - definitely somewhere we'll be returning too. 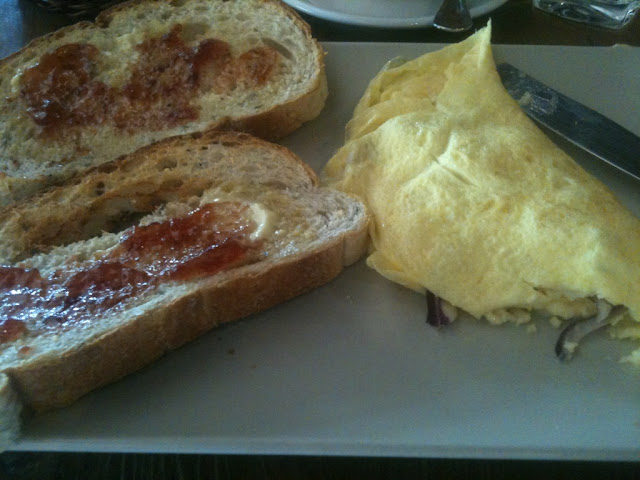