Gardens by the Bay - A Sneak Peek

Earlier this week myself and a couple of friends (who also happen to be bloggers) went along to the 20th World Orchid Conference (more on that soon).  However the ticket also included access to a sneak preview of the forthcoming Gardens by the Bay.

When it was first suggested we visit the orchid show I did not even realise that it included a preview admission to this forthcoming attraction and when I found out it did I assumed (wrongly) it would just be a peek into the entrance but nothing further.  Gardens by the Bay does not officially open until June 2012 so what we were able to see, which was fantastic and far more than I expected, was confirmation, if it were needed, that when it does open it is going to be pretty amazing. 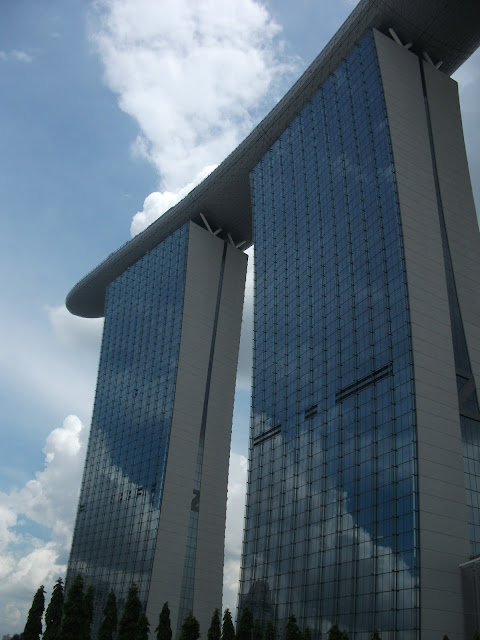 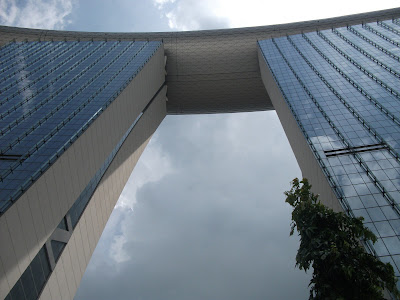 To get into Gardens by the Bay we walked across the Garden Bay bridge over the East Coast Parkway (ECP) from Marina Bay Sands (there is also a complimentary shuttle bus if you don't fancy the walk).  Giving me an opportunity to appreciate this building from a completely different angle.  As we crossed the bridge, ahead of us were the iconic Supertrees which those of us living here have gradually watched 'grow' over the preceding months and the the glass domes which house the Flower Dome and the Cloud Forest. 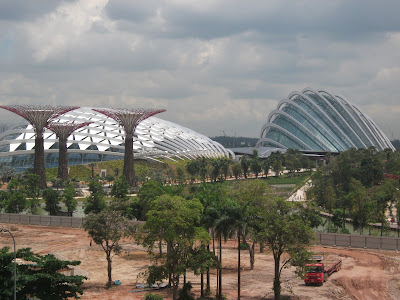 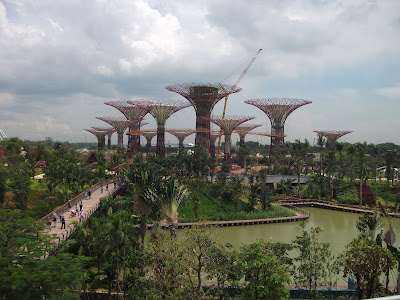 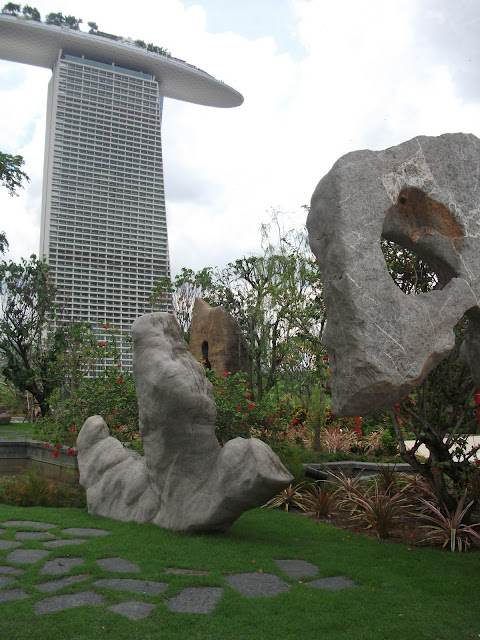 Once we had crossed the Garden Bay bridge we crossed over another smaller bridge, the Dragonfly bridge.  By the way, there were aptly enough loads of dragonflies flying around above our heads in this area of the gardens.  Clearly the plants there have been specially selected to attract them.  From there we entered into a number of different gardens including a Malay garden and an Indian garden.  Meanwhile everywhere you turned in the gardens Marina Bay Sands loomed up behind us making a stunning backdrop. 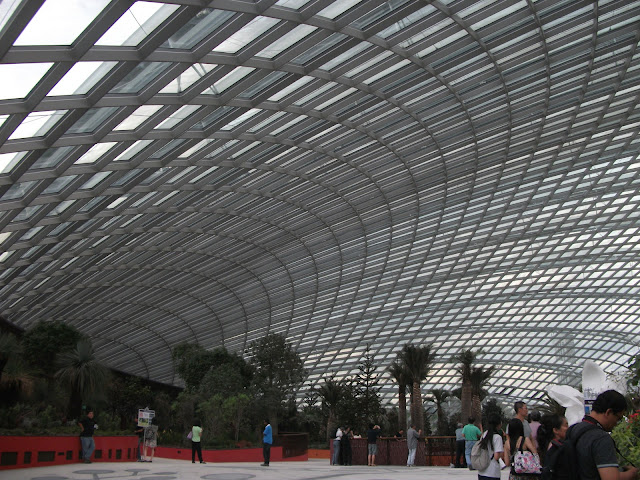 We then entered the Flower Dome.  Here there are plants, flowers and trees which grow in Mediterranean climates such as baobabs and palm trees.  There were an abundance of cacti plants as well and, of course, many flowers to admire. 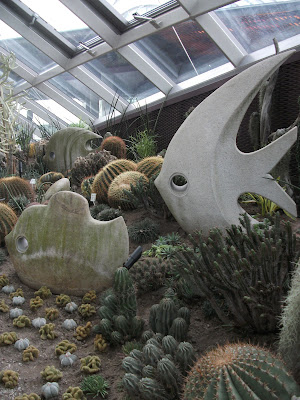 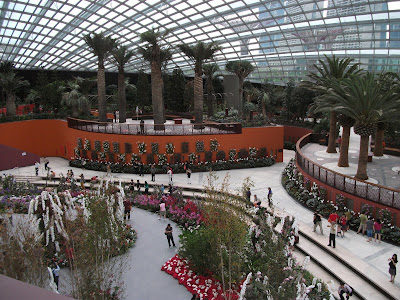 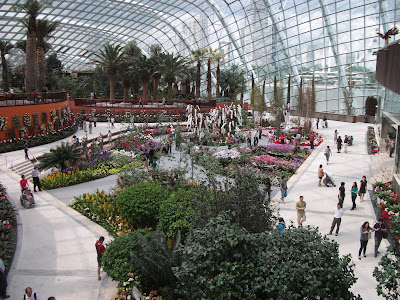 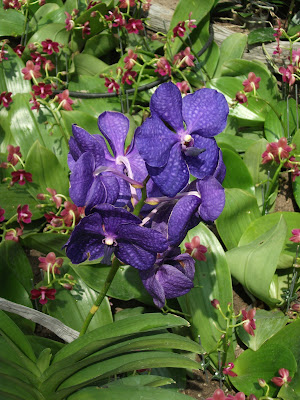 Naturally at the moment as it still a few months from completion and opening you can see where plants are still growing and still needing time to establish themselves fully.  We also did not see the whole of the gardens though we still saw an astonishing amount.  However as a fore taster of what is to come it looks brilliant and will certainly be on my list to return to.

The Gardens by the Bay preview is only open until 20 November 2011 in conjunction with the 20th WOC World Orchid Show which also runs until this date.  If you want to see it for yourself tickets for the orchid show and preview can be purchased on the day at the Marina Bay Sands Expo and Convention Centre, Basement 2.

Adults are $15.00 - Monday to Friday and $20.00 - over the weekend
Concessions are also available for children, students and Senior Citizens.