As this weekend was a long one we again took the opportunity to visit somewhere reasonably close from Singapore but a real trek from the UK and picked Hong Kong.  My fiance has been before both as a tourist and with work but for me it was my first visit.  Hong Kong had always been somewhere I'd wanted to visit, when I was studying for my A Levels at school I had a part time job in a Chinese takeaway and the family I worked for originally came from Hong Kong.  I can remember them going for a visit to see family and bringing me back a gift from their trip which I still treasure.  At the time Hong Kong seemed so far away and a place I was never likely to visit .... little did I know how my fortunes would change and I'd be in the position where it would be criminal not to!  As we crammed a lot in on our trip I'm going to break my visit down into a couple of posts and for this post concentrate on our first day. 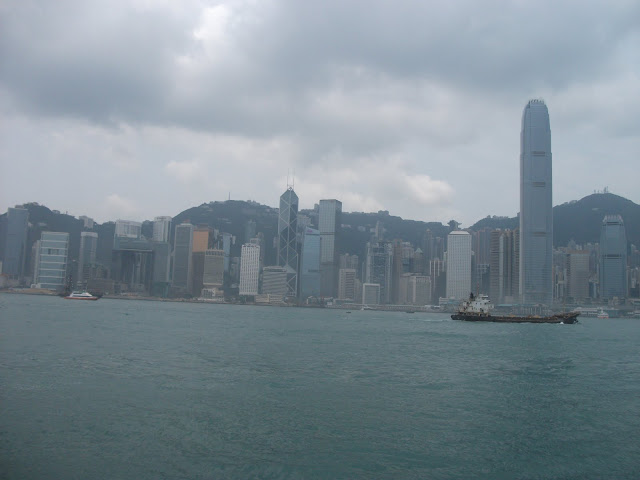 First impressions of Hong Kong were that it was great, a little crazier than Singapore and definitely a little more rough around the edges but still totally accessible and definitely somewhere I'd go back to.  People I spoke to beforehand suggested it was the next step for Asia beginners after Singapore, which is often referred to as Asia lite and yes from my limited travels I'd agree with that.  Certainly it was no where near as mental as Bangkok was!  I guess my only surprises were that it was bigger than I imagined with the peninsula and over 260 islands and, despite it being a British Crown Colony up until 1997, it seemed to have retained a lot less of that feel when compared to Singapore.  Other than the use of English and a lot of the road and place names being British in origin.  Perhaps I've just been spoilt by the plethora of colonial buildings in Singapore.  Nonetheless though I truly thought it was a great place and best of all we actually had a day where it was truly chilly and I had to wear a cardigan and could even have worn jeans - bliss!

After an unearthly start on the Friday morning and having to dump our bags at the hotel, as we were too early to check in properly, we firstly decided to head to the Peninsula hotel for tea.  You can visit there for afternoon tea, we were clearly too early for that but my jasmine tea went down a treat.  This is a lovely hotel and one of the few places that I saw during my brief visit that I felt had retained a hint of colonial about it.  Definitely worth a visit.

We spent much of the rest of the day wandering around the central district of Hong Kong having first taken the Star ferry from Kowloon (where we were staying). The ferry is world famous and definitely the best way to get to the other side of the harbour as a tourist, it was a bit bumpy at times and on day two of our trip distinctly chilly but fun. The views of the famous Hong Kong skyline also make it well worth the trip. 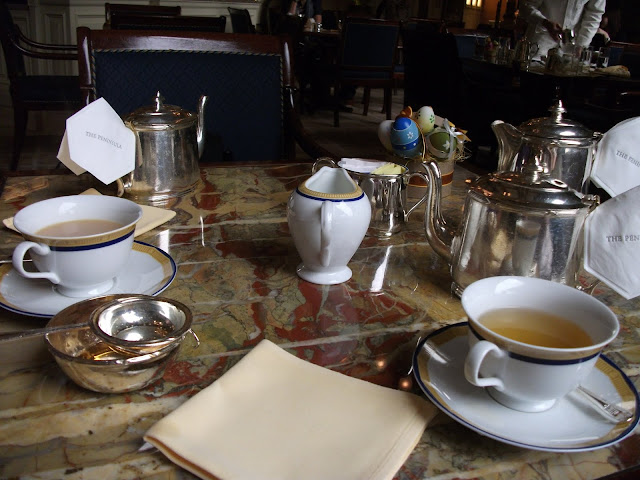 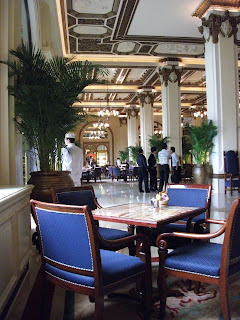 The architecture in the Central Business District of Hong Kong is just as impressive as that of Singapore's with skyscrapers housing various banks, financial institutions and shopping malls gleaming from the shoreline of Hong Kong island.  I very quickly noticed that just like Singapore there is always a shopping mall close by (even at the top of the peak there is a shopping mall).  Some of the most noticeable buildings include the Bank of China Tower, which can be seen in the picture below.  It is the one with what looks like triangles all over it rising to a point at the top of the building.  The building is actually regarded as having bad feng shui and is said to have an aggressive stance which casts bad energies on nearby buildings.  Apologies also for the quality of the picture.  My night pictures of the view only seem to have been taken indoors (mainly from bars ahem) and have all got some reflection in them but hopefully you can get an idea of the view!  The very tall building is the Two International Finance Centre and is Hong Kong's tallest building. 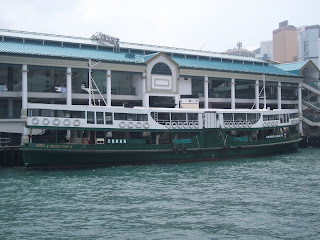 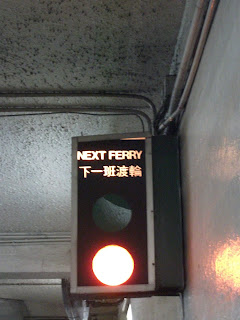 After such an early start we were pretty tired but with such a short stay had to make the most of our trip and we needed to eat too.  On recommendations from others we firstly went to a bar on the Kowloon side called Aqua Spirit.  This place has fantastic views across the harbour towards the skyscrapers and is therefore a perfect spot to watch the nightly laser and light show.  I actually enjoyed the show on the second night more (I think we had a better view) but I wasn't as blown away with it as I thought I might have been.  However the drinks were good and even after the show had finished the skyscrapers look stunning at night.

Following our drinks we then headed to the restaurant attached to the bar called Aqua.  Here you can enjoy either Italian or Japanese food, Aqua Roma or Aqua Tokyo.  We settled for Italian and enjoyed the view below over our meal and wine. Divine. 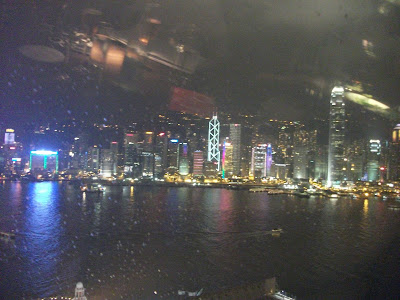