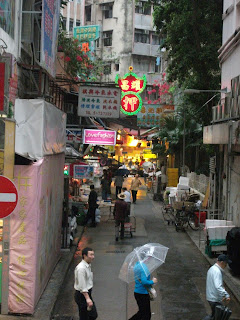 Our second day in Hong Kong was gloomy and rainy though still warm enough not to have to wear lots of layers.  In fact it was a pleasant relief from the constant weather of Singapore and even when I had to put a cardigan on for a while I wasn't worried.  However the rain looked set in for the morning at least so we decided to visit one of the many museums. 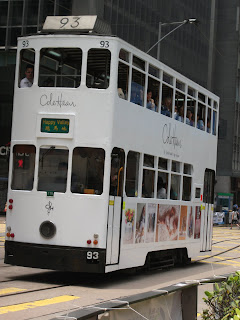 We settled on the Hong Kong Museum of History to give us an overview of Hong Kong's history.  As well as the main exhibit our ticket also gave us entry to a special exhibition in recognition of the centenary of China's 1911 revolution.  The revolution brought to an end imperial rule in China and the establishment of Asia's first republic.

The main exhibit took us through the history of Hong Kong from prehistoric times, the climate changes and land movement that shaped the geological features of Hong Kong.  Told us about the different people who have inhabited South China from this time onwards, the birth and growth of Hong Kong, the Japanese occupation during the Second World War right through to its return to China in 1997.  I particularly found this exhibition interesting and would recommend it if you want to get an overview of the history of Hong Kong.  There were lots of videos to watch as you moved between the different galleries and we ended up spending most of the morning there. 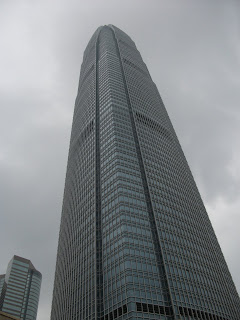 After lunch, which given that they speak Cantonese in Hong Kong and a lot of the Chinese restaurants and takeaways in the UK serve Cantonese food, was incredibly similar to what you can get in the UK, we decided to take a bus tour of Hong Kong island.  Although it had stopped raining when we first boarded the bus by the time we were half way around it had gone from light drizzle to fairly heavy rain again.  However I was not complaining as the cooler temperature made a pleasant change.

The tour we chose took us through the Central Business District, around the Causeway Bay area where we could see the boats in the harbour, the CWB typhoon shelter and Victoria park, through Wan Chai, past the point where you can pick up the tram to the peak (more on that soon) and through the Lan Kwai Fong and SoHo areas of the island.

We also saw the Man Mo temple which is one of Hong Kong's oldest. Unfortunately I was not able to get any decent pictures as by this point it was raining heavily and we had to move into the undercover part of the bus. The temple though is dedicated to a statesman of the 3rd century BC called Man Cheung and a military deity called Kwan Yu. Man Cheung is worshipped as the god of literature and Kwan Yu, who was a soldier born in the 2nd century AD, is now venerated as a god of war, typically portrayed with red cheeks. 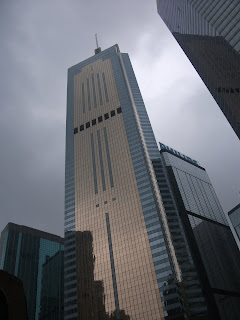 In the evening we had a couple of drinks in a bar near our hotel called Mes Amis.  There are a couple of these bars in Hong Kong, we only went to the one in Kowloon but this seemed relaxed with a mix of locals and expats, a happy hour and decent music.  We then went for drinks at the Felix bar in the Peninsula hotel.  Once again we had a brilliant view across the harbour for the light and laser show and as I said before I enjoyed it much more from this bar.

The place is pretty small, unlike the Aqua Spirit bar, so your view is fairly unobstructed in comparison. The cocktails were good but I gather the best part about the place is the men's toilets! Obviously I didn't go in them, well actually I nearly did as it wasn't that obvious which was the men's and which was the ladies but fortunately the valet pointed me in the right direction. Anyway the interesting part about the men's toilets, apparently there is a rather dramatic view over the city through the men's urinals. I can confirm though there is nothing so exciting in the ladies.

After this we decided to have dinner at the Felix restaurant. Yet again this consisted of wonderful food and wine with another spectacular view of the city. 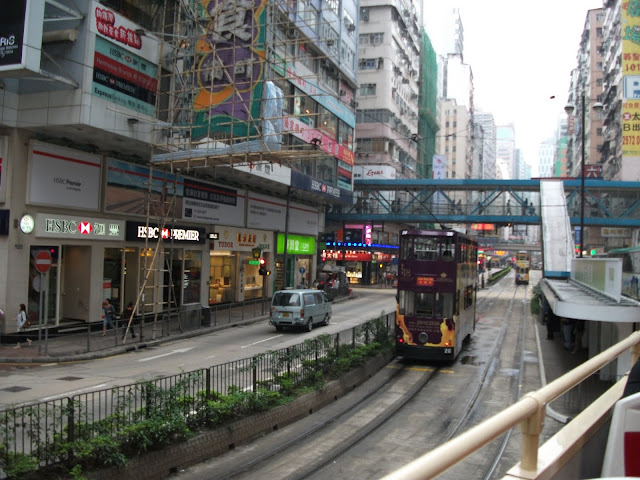 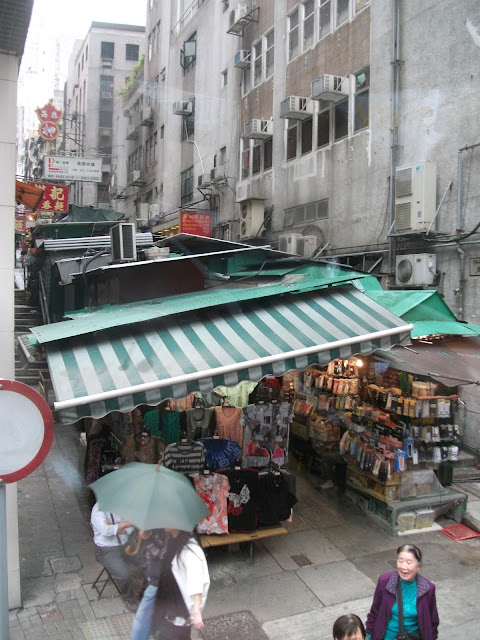 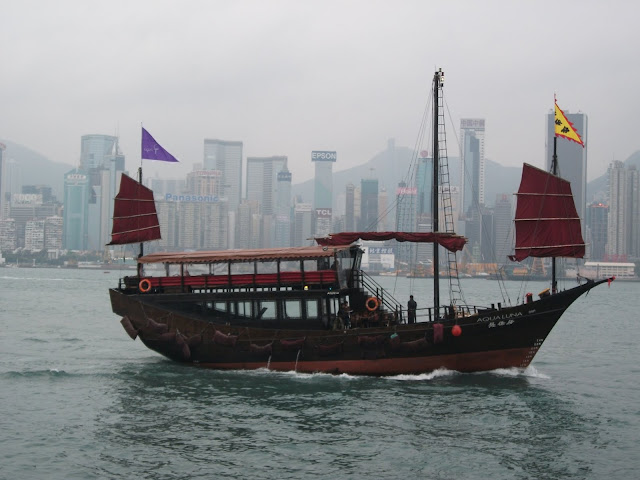