It seems like a while ago now but once again I recently sampled another brunch option in Singapore.  This time at the Royal China restaurant in Raffles hotel.  On this occasion we went for the dim sum brunch.

For those who do not know dim sum is a Chinese dish that is usually served in small individual portions so great for sharing and also trying new things.  Naturally being in Raffles hotel the setting for the restaurant was lovely but I did not feel out of place there either.  The restaurant was decorated in a lovely pale turquoise blue and the clever use of mirrors made it seem much larger than it really was.  There were also private rooms which I assume you could book as well.  The website suggests a strict dress code but on the day we went others were dining who were not adhering to this.  Although I would recommend you do, just in case ..... 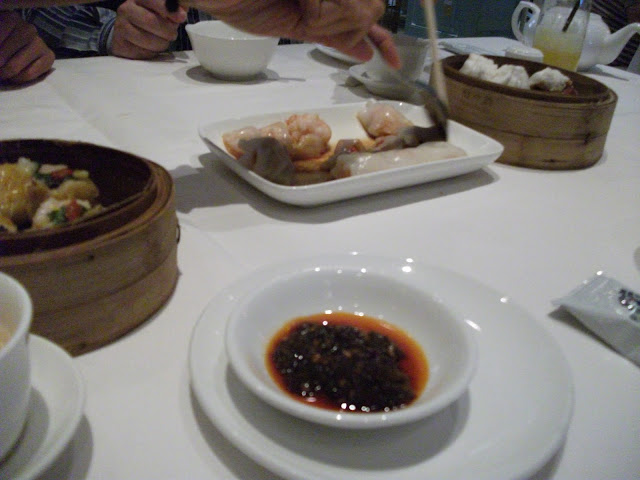 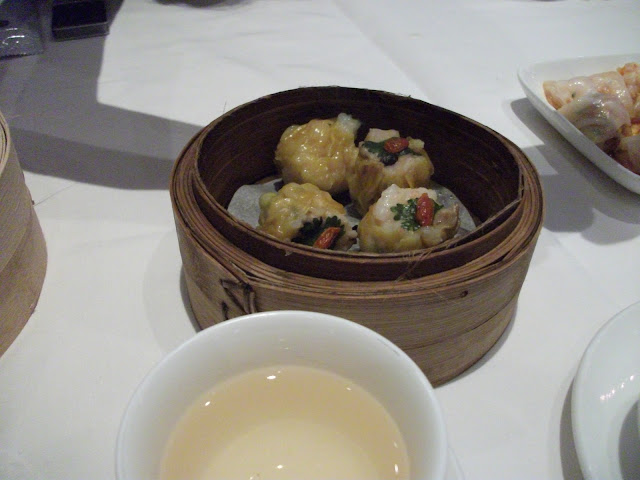 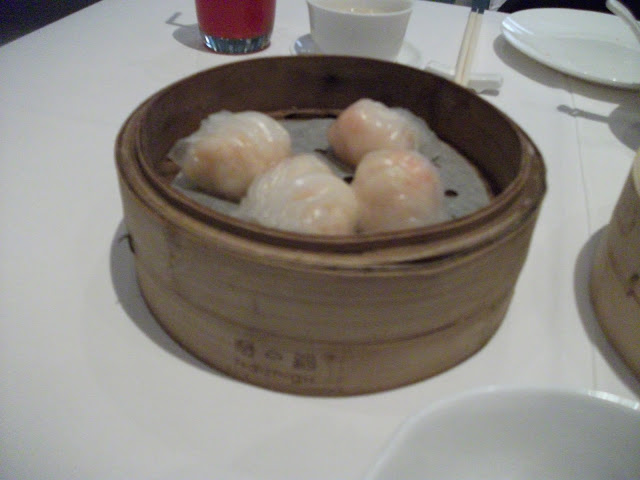 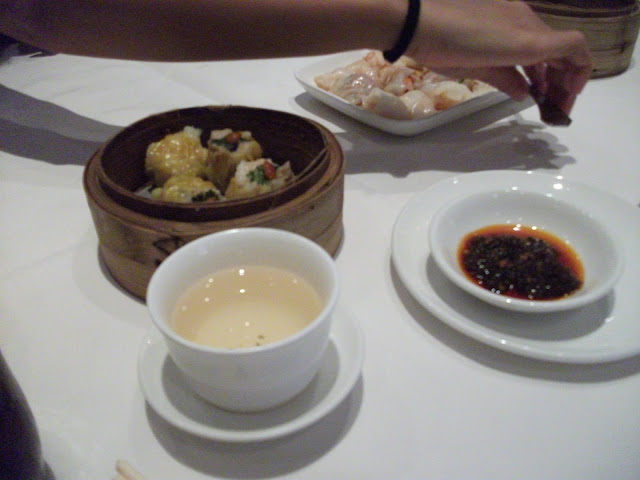 We had lots of delicious dishes that included dumplings like those you can see in my photos, char siu baau (a kind of bun filled with pork), Beijing duck and spring rolls.  I also managed to try some new dishes as well which included congee and egg tarts (yes amazing I know but I've never had these before)!  The congee is a type of porridge served with savoury items, in this case chicken and mushrooms.  I was a bit sceptical about it beforehand and had avoided the dish previously.  However I have to admit I was pleasantly surprised and it was really nice.  I understand it is often eaten as a breakfast dish and the version I tried even had what looked like cornflakes in it just to make the point.  I'm afraid I did not manage to find out what they actually were though!  The egg tarts were pleasantly sweet too although the first couple of bites did taste a bit more eggy than I expected but once you got beyond that they were definitely worth it.  All of which was washed down with lots of tea.

Naturally as the brunch was at Raffles hotel you would expect it to be good and it definitely was.  I'd say it is well worth doing if you have the opportunity to do so but I do need to try dim sum at some other places in Singapore too.
Email Post
Labels: brunch food local food and drink photos places to visit Raffles Hotel restaurant Singapore
Location: Beach Rd, Singapore