No doubt the fact I decided my next Red Dot Roaming would be from Haw Par Villa MRT would naturally suggest I visited the same named Haw Par Villa which is right on the station's doorstep. Well I'd already visited there sometime ago (it's well worth a visit if you haven't been) so this time I decided to walk a little further and explore West Coast park. I live on the doorstep of East Coast park and regularly spend time there so I was keen to explore here a little more and my Red Dot Roaming gave me the perfect opportunity to do just that.

I have to admit though that on first arriving at the park I was a little disappointed, it certainly isn't as big as East Coast park and initially just seemed to be a noisy stretch of land between the busy West Coast Highway and the port. The only novel and slightly random aspect being this dog wash that I stumbled upon. Sadly no one (or no dog) was making use of it when I was there. Anyone seen anyone using it ever? 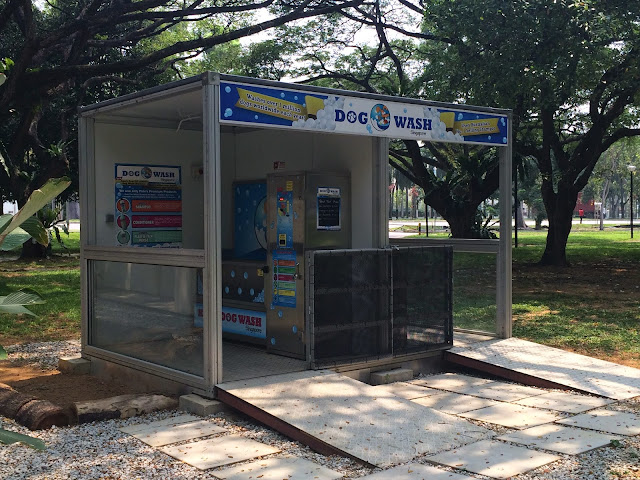 I carried on walking though and after going through an underpass beneath the busy road things started to improve. Here the park opened up a lot more and wasn't such a narrow stretch of land. There were paths taking you in various directions as well as various designated areas for different activities, including a spot where you could go camping. There were lots of people taking advantage of this with their tents pitched. 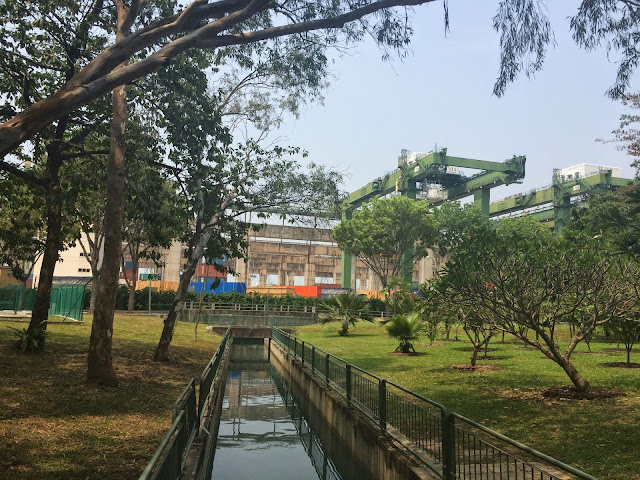 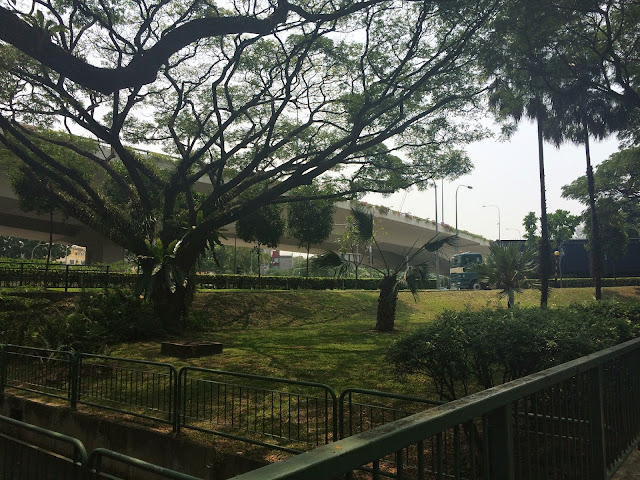 I kept on walking around the various paths passing dog walkers, people riding bikes and using rollerblades, it certainly seems to be a well used park especially as my visit was on a week day. This was nice to see as many other parks have seemed quite empty during the week. Eventually I got to the water edge which was mainly rocks but there was a small bit of beach too. Here I had a view back to the port, of various yachts, the Republic of Singapore Yacht Club have their base there so I guess these were linked to that and a few smaller more basic boats in the shallower water. There were a number of families enjoying the park here and several children playing in the shallow water and on the tiny piece of sand. Whilst the view with the port in the background may not be conventionally beautiful it was surprisingly peaceful down there and nice to stop awhile and listen to the children playing, people chatting and watch the boats and yachts out on the water. 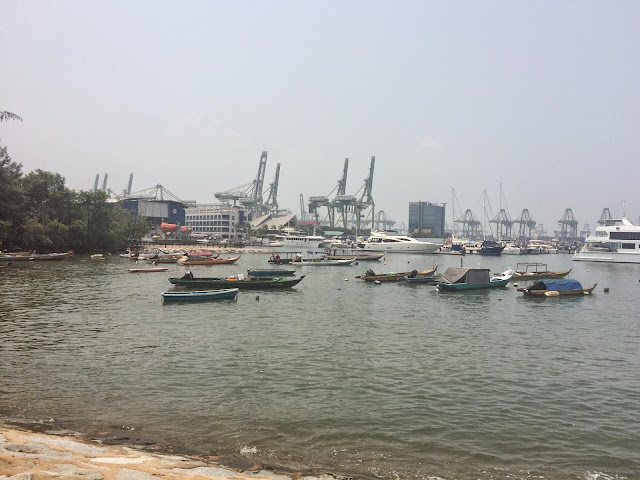 After taking a break to watch the world go by for a time I eventually decided to head back towards the MRT station. As I was walking back I saw what proved to be the highlight of my visit to the park, my first snake in the wild in Singapore. When we visited Siem Reap last year we saw one in the bushes right outside our hotel room and whilst, I know there are plenty in Singapore, they had so far proved allusive to me here.

I almost did not see this one too and in fact nearly trod on it but out of the corner of my eye I saw something moving besides me and there it was at my feet. Whilst I was a little dumbstruck and I have no idea what type of snake it was, I was also very excited and yes I managed to get a short video of it just to prove I really did see it! Can anyone confirm what kind of snake I saw? (I've since had it confirmed that I saw a Paradise Tree snake)

Footage of the snake 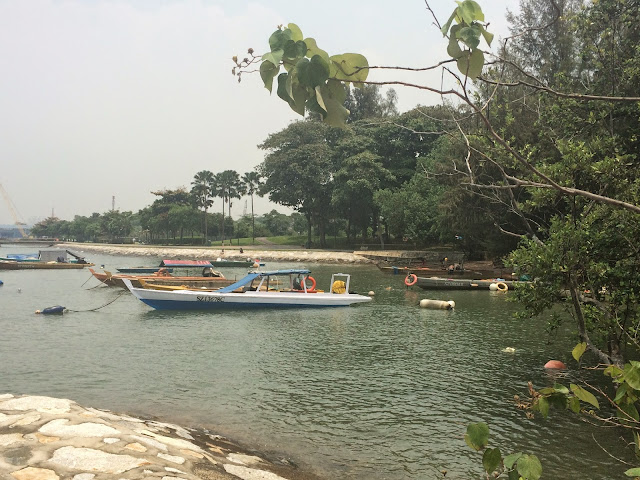 So my visit to West Coast park concluded on a bit of a high for me personally and overall the park ended up being a lot better than I thought it was going to be. I still think East Coast park has the edge but maybe having lived so close to it my whole time in Singapore I am just biased. Either way though it was great to visit a different area, another park and see another part of Singapore that I hadn't before.

Haw Par Villa MRT is on the Circle Line (CC25)