My husband has been writing again about some more bars for you to check out, this time all in our neighbourhood in the east of Singapore. He can be found on Twitter, @AskSirStamford

Trenchard Arms is a narrow bar (set in an old shophouse), situated on East Coast Road between Haig Road and Joo Chiat. The bar could nominally be called a British Pub. The decor includes wood panelling and wall paper fashioned from old covers of the UK’s upper class (posh people) society magazine, (there are many pictures of Her Majesty The Queen) Country Life and a long wooden bar running half the length of the establishment. The name of the pub is inspired by the acknowledged founder of the Royal Air Force, Lord Trenchard and a number of items point to this heritage, the aircraft throttle beer taps, the aluminium and leather armchairs, they are really comfortable to relax in over a cold pint at the end of a hard day. To add to the British feel there is a statue of a bulldog that often stands at the end of the bar smoking and drinking (he worn a Santa hat on Christmas Day). Drinks include a range of cocktails, wines (including that rarest of finds in Singapore, a Rose), cider and beers (there are ales on tap, as well as a range of craft bottled beers). Food options cover burgers, fish & chips (everywhere has this in SG), a ploughman's (cheeses and pickles etc) and fabulous pork pies imported from Blighty. At weekends the food selection expands to cover the standard brunch items offered by the sister establishment next door (Rabbit Carrot Gun) so includes eggs (many ways, including Benedict, Florentine, or plain fried and scrambled), bacon, sausage and, more recently, Lancashire’s finest export to the world, black pudding. The place is great for Saturday afternoon people watch (a founder needs to observe) or to catch a rugby (a thug’s game played by gentlemen) match or a BPL game (a gentleman’s game played by thugs) on a Saturday night. The F1 races are also shown. By the way the owner of this blog has also written about both places too, take a peek here to read it for yourself.

Lower East Side is another great place on East Coast Road for cheap happy hour beers and sparkling wine (1 for 1 everyday, all day until 8 pm) and a touch of Mexican food. The fish tacos are really good and with all, the dish can be ordered with varying levels of spice. Those that can manage to down a level five set of tacos will eat for free, I chickened out at spice level four, the day they were slow bringing the next beer to extinguish the burning inferno in my mouth. We have previously mentioned the place as a weekend brunch joint (not sure if this is still available, can anyone confirm?) but here is all about the ale. 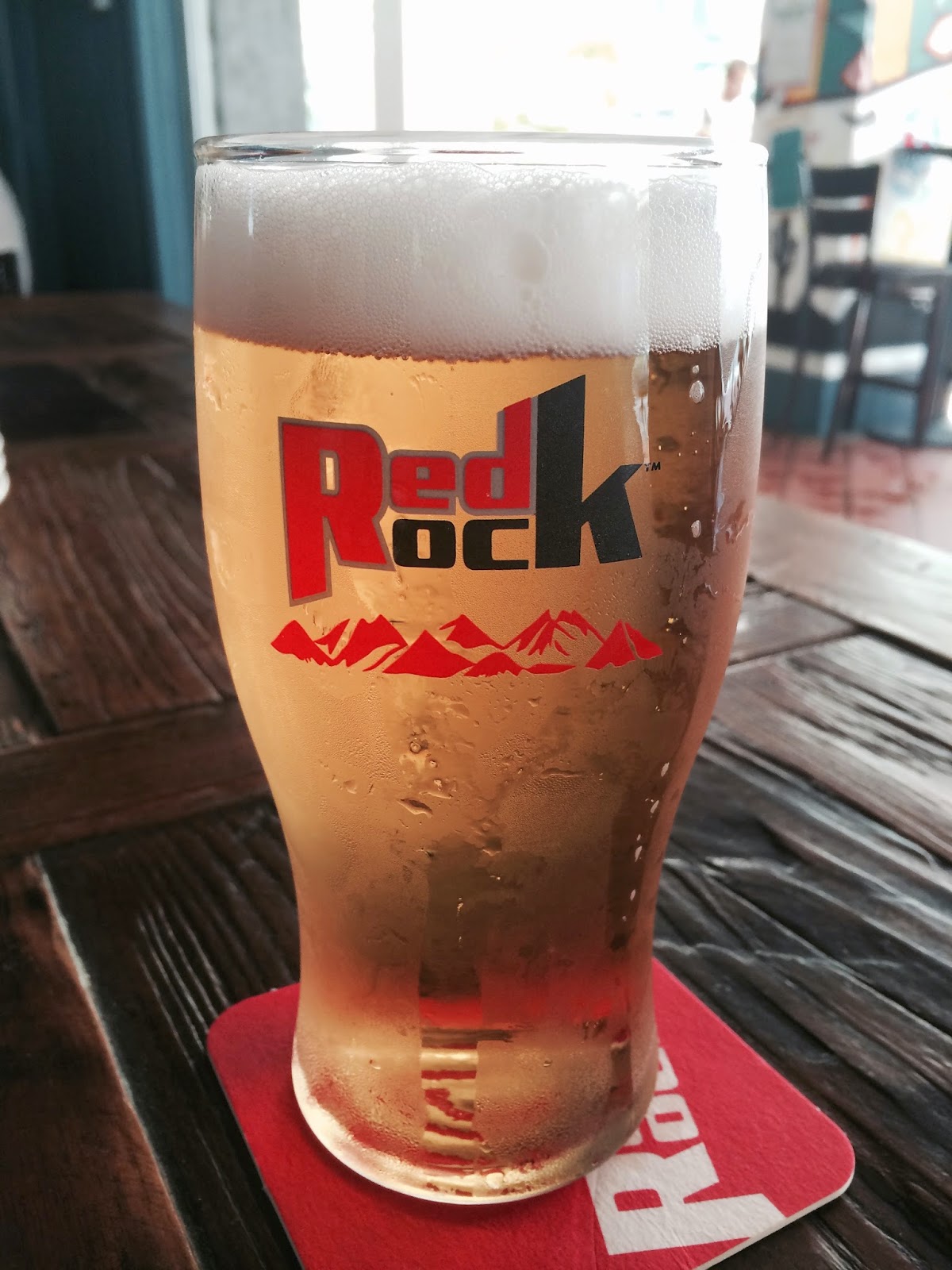 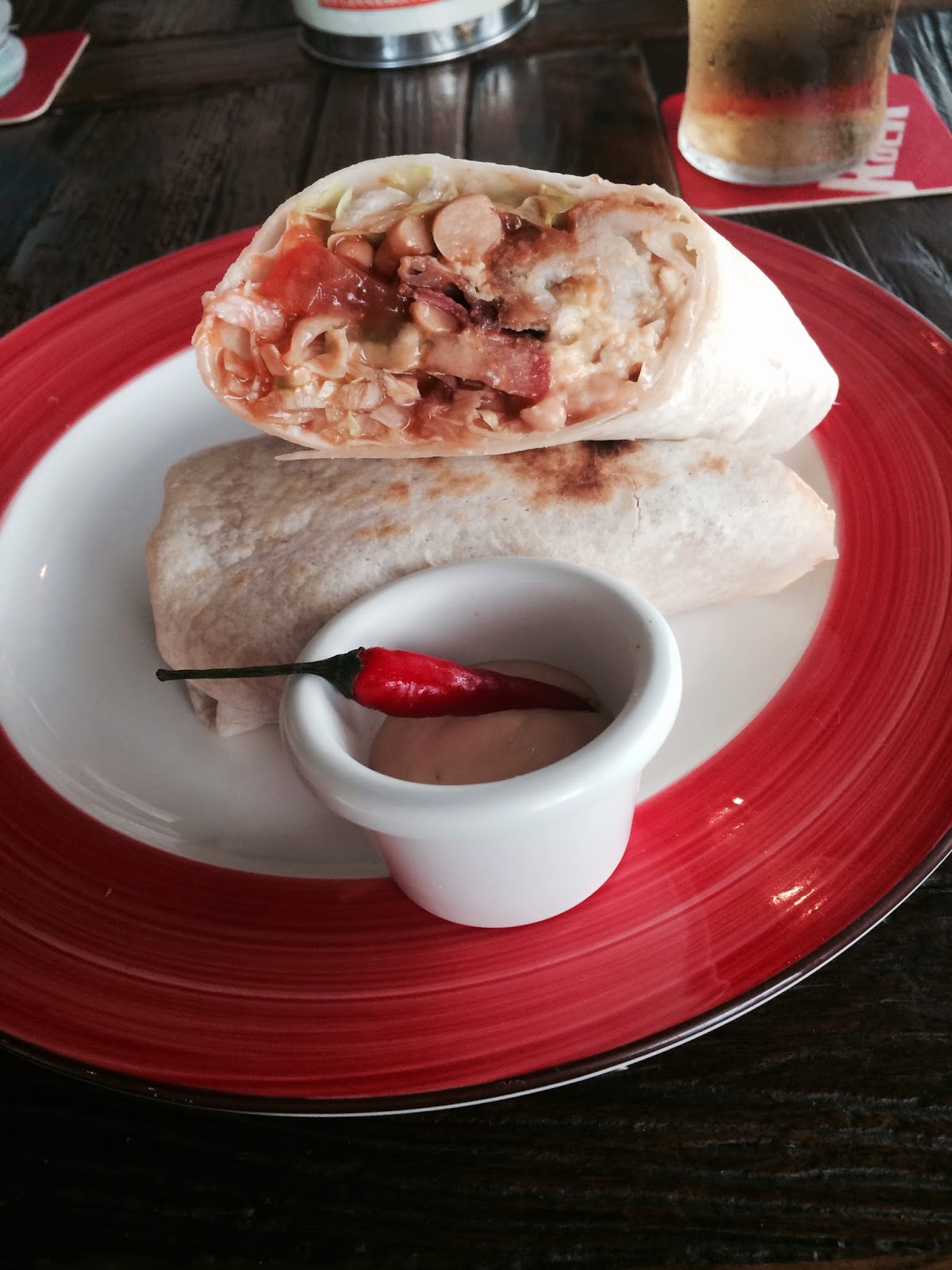 Brotzeit is a German Bar / Restaurant on the corner of East Coast Road and Joo Chiat Road (diagonally opposite AliBarBar and opposite i12 Katong). The bar forms part of a chain with other branches being in Vivo City & Raffles City (I have even been to one in Saigon, next to the Hard Rock Cafe). The food is excellent, ranging from pizza, Teutonic sausage to the ubiquitous and enormous pork knuckle (we have shared this between the two of us and not managed to finish it) with its marvelous crispy crackling, sharp potato salad and tangy sauerkraut. However the main event is the beer, brewed German type and served in a range of vessel, there is a litre stein that is almost impossible to pick up and warms up too quickly in the very inclement Singapore weather. There is also wine, including in the past a Christmas mulled wine, this was a reminder of the gluwein we sipped on a cold day in Cologne in the shadows of the Dom, otherwise known as the cathedral, just before Christmas in 2009.
Now that I work at home I often get a degree of cabin fever towards the end of the afternoon, so to alleviate this we decided to try a new bar (for us) that had been recommended to me awhile ago (by a Welshman). The bar is called The Tuckshop (made by locals) and is situated beside the Geylang River on Guillemard Road not far from Dakota MRT. The road is named after a 1920’s Singapore Governor, Laurence Nunns Guillemard, who amongst other things laid the fountain stone for the Causeway linking the island to Malaysia. The bar itself has an industrial minimalist feel with a range of inside and outside seating options and a set of long tables built on what looks like and probably is scaffolding. Drinks on offer include a range of beers, including a number of unusual craft ales from around the world, have a Shepherd Neame (England’s oldest family owned brewer) Spitfire, and wines and spirits. There are a range of food options ranging from light bites to more substantial meals (the portions were not very generous, so I use the term substantial very loosely). The style of food could be described as Singaporean / Asian / Western fusion. I had the fish and chips, which unusually was a deep fried piece of salmon, with a wasabi dipping sauce. This was very tasty. The owner of this blog had a beef noodle dish (see the photo below) that looked great also. We didn’t have dessert, but the choice is a range of traditional ice cream sandwiches.

All in all, a good place for a chilled out couple of beers. The place opens daily at 5pm, with happy hour on draft beers until 7pm. The bar staff come around and remind you of the approaching end of the cheaper drinks, which I thought was a nice touch.
For a bar with a view, try Brussels Sprouts, at Big Splash on East Coast Park NOW CLOSED (like Brotzeit they do have other bars in other locations in Singapore). At Big Splash though you can sup ales from the fine beer producing nation of Belgium, whilst listening to the lap of the South China Sea waves. The food is not to bad either, with fries and mayonnaise, mussels (cooked in a variety of sauces / broths) or fish and chips. Though really for fish and chips, in my opinion, just go to Smiths on Tanjong Katong Road (they have another branch in Bukit Timah) and be done with it, they also sell beer. UPDATE - January 2016 the branch on Tanjong Katong Road is now closed, head to Balmoral Plaza on Bukit Timah Road if you need your Brit style fish and chip fix.
Further east, in Siglap, try The Dog and Bone, great for Saturday night footy or The Sidewalk Tavern for a Sunday Roast and a few jars.
Previous posts have covered The Cider Pit (again check out this separate post by the owner of this blog about The Cider Pit as well) and The Immigrants NOW CLOSED (Peranakan tapas and Asashi) on Joo Chiat Road and Bar Bar Black Sheep on Tanjong Katong Road (they also have other branches in Singapore). If you need any more bar suggestions in Singapore check out the posts in the links below which include those just mentioned and many, many more!

Finally let me know if you know of anywhere in Singapore I should be checking out!
Top 5 Chill Out Bars in the Lion City

Chill Out Bars in the Lion City - Part 2