Before leaving the UK to embark on another adventure (more on that soon) we managed to fit in one more day out, to another castle, this time Bodiam castle in East Sussex. We sure do like our castles! It was yet another very cold day and this time we also had to deal with cold rain and a keen breeze as the castle is in quite an exposed spot. So once again our exploring ended with a visit to the cafe for hot drinks. 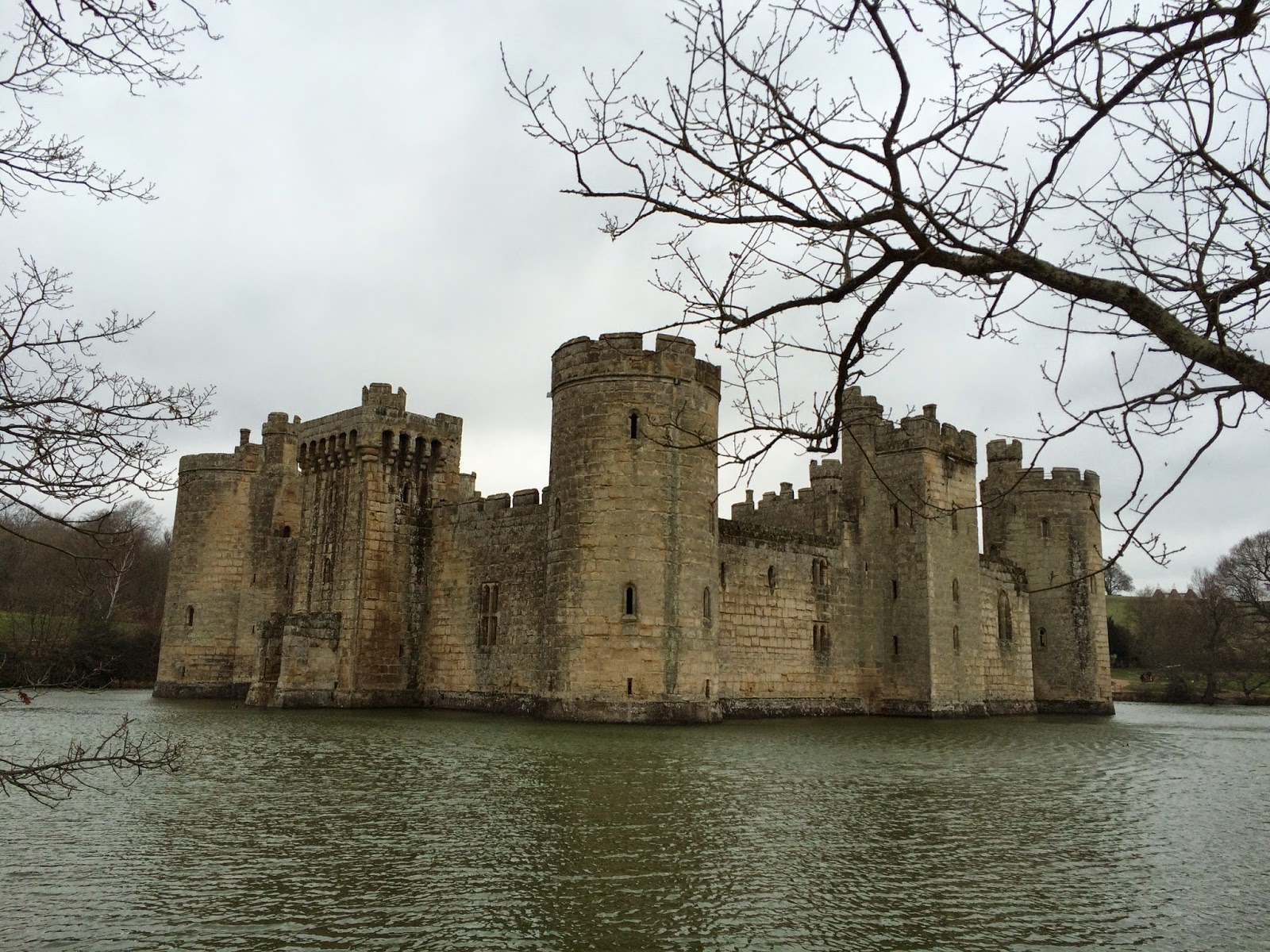 Bodiam castle is another favourite from my childhood, being fairly close to where I grew up I visited it numerous times, and for me conjures up all those images of what a fairytale castle in a moat should look like. The castle dates from the 14th century and is what is known as a moated castle, for obvious reasons. You can see the castle sitting in the middle of the moat in the photo above. It was built in 1385 by Sir Edward Dalyngrigge, a former knight of Edward III, for him and his family to live in.

Whilst from the outside the castle appears intact once you get inside the castle walls you discover that it is mainly ruins inside, as you can see in the following photos. It is not known exactly when it became a ruin, it was in fact dismantled or slighted which means it was deliberately destroyed to prevent it from being used as a fortress and not, as you might imagine, destroyed in a battle. This was quite common during and after the English Civil War. After being partially deliberately damaged it passed through a series of owners before eventually being given to the National Trust for protection in 1925.

Despite it being a ruin inside there is some information around to tell you a bit about the castle and you can still make out quite easily the layout of some parts of the internal castle. You can also climb the outer walls and go up inside the towers to the top to get some lovely views over the castle and beyond into the East Sussex countryside. Given it was so cold on the day we visited though being up high didn't make it feel any warmer or less exposed. They also have a short video to watch, luckily indoors, which gives a very informative account of the castle's history right up to the present day. 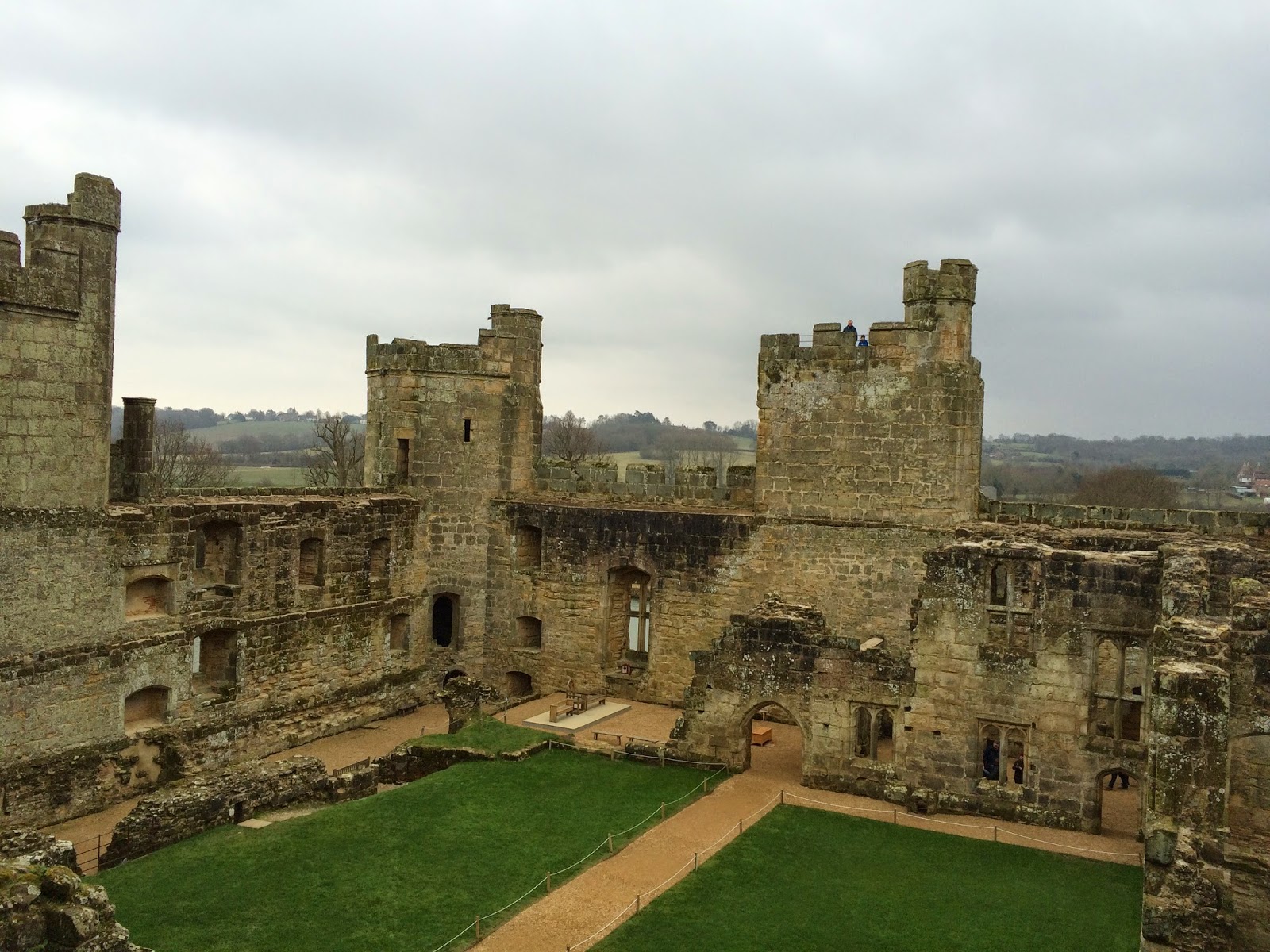 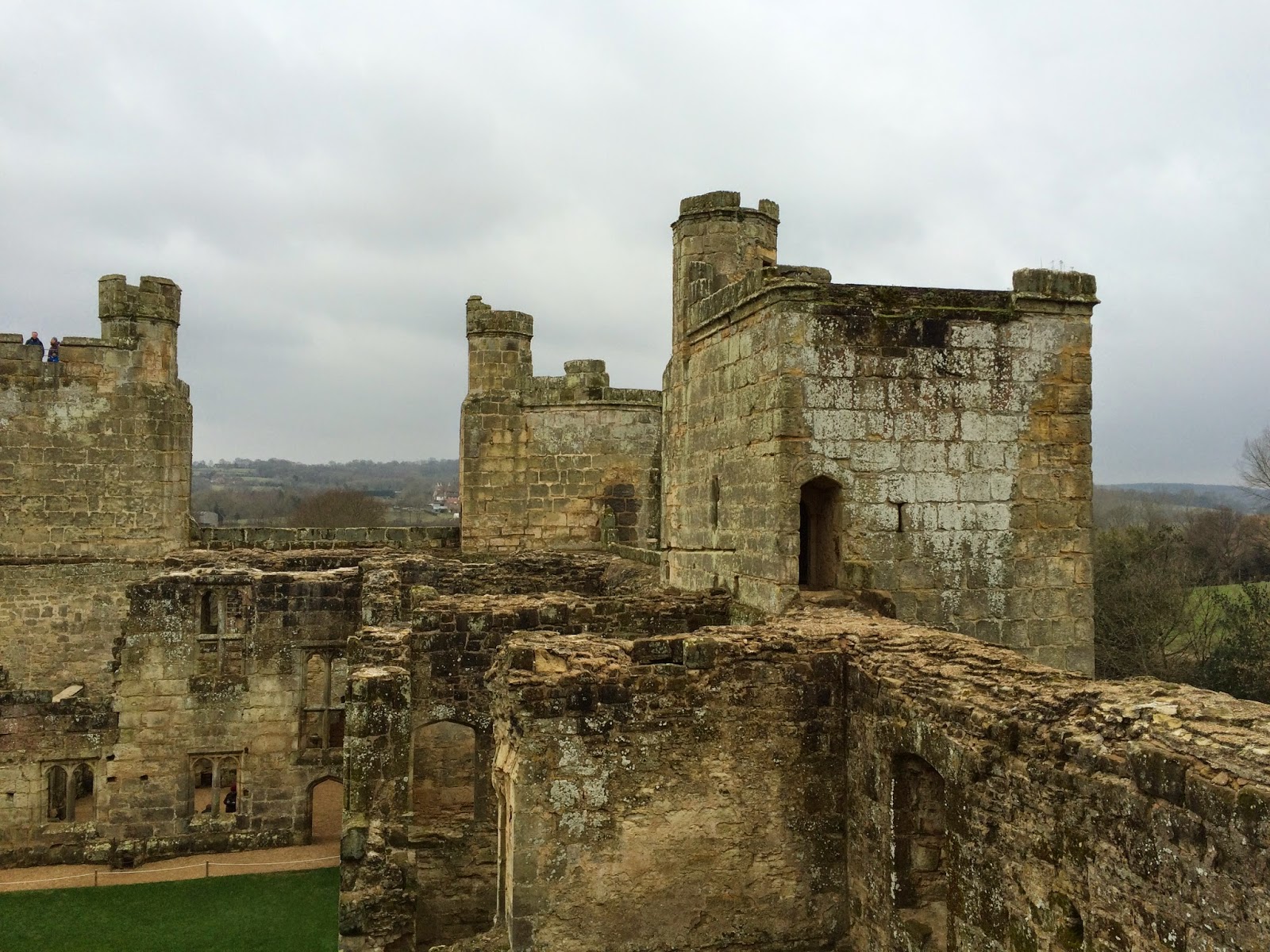 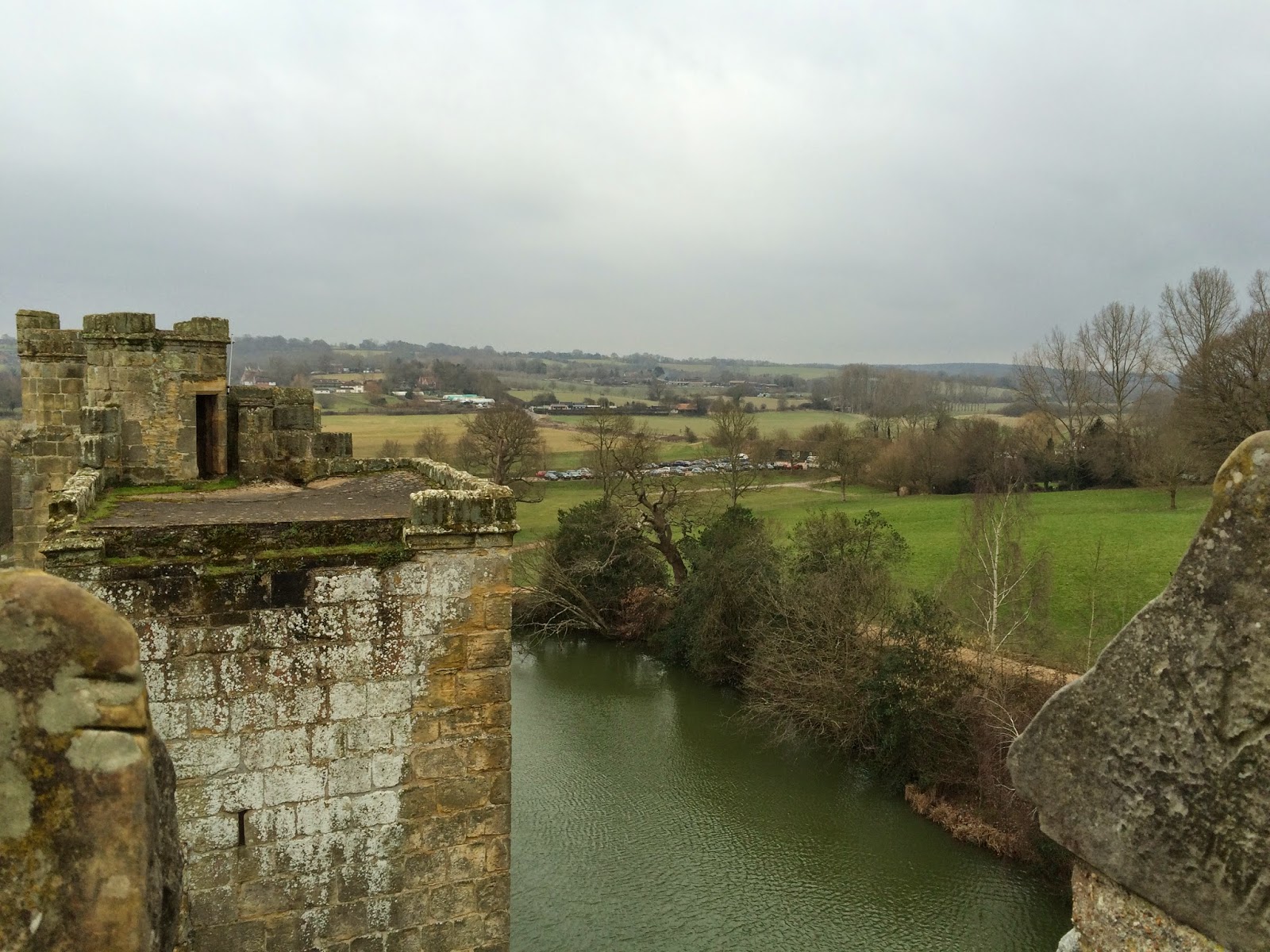 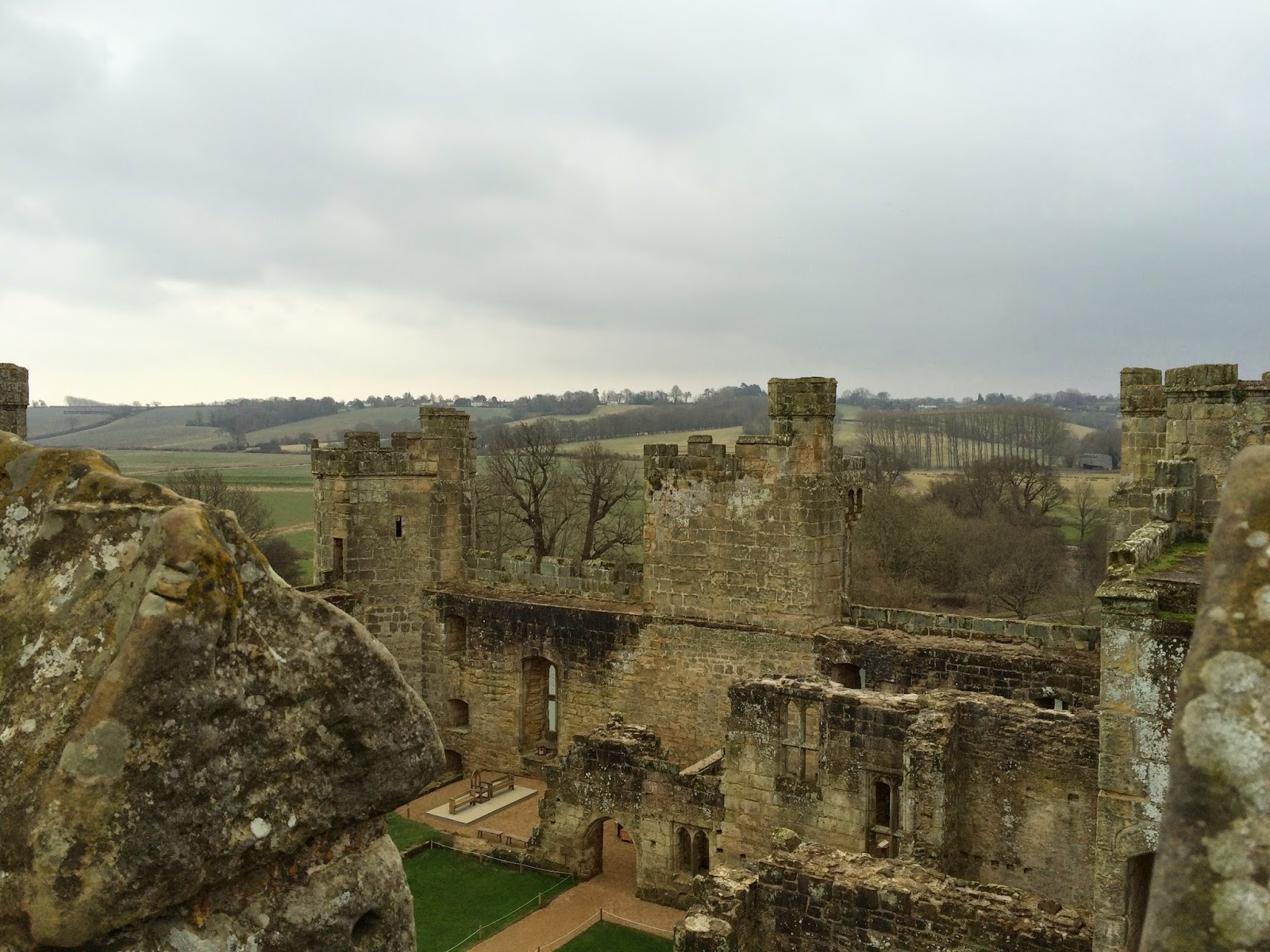 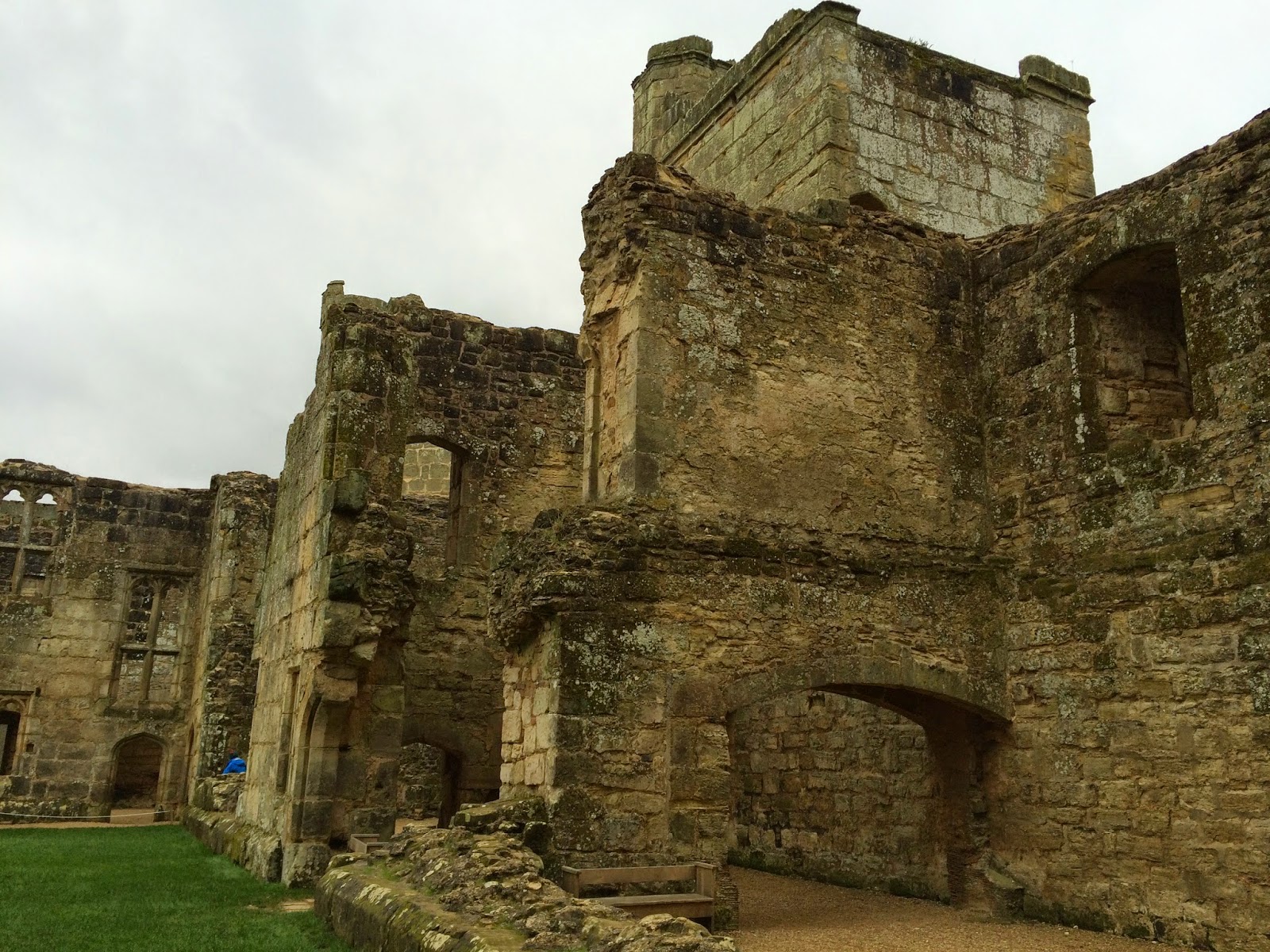 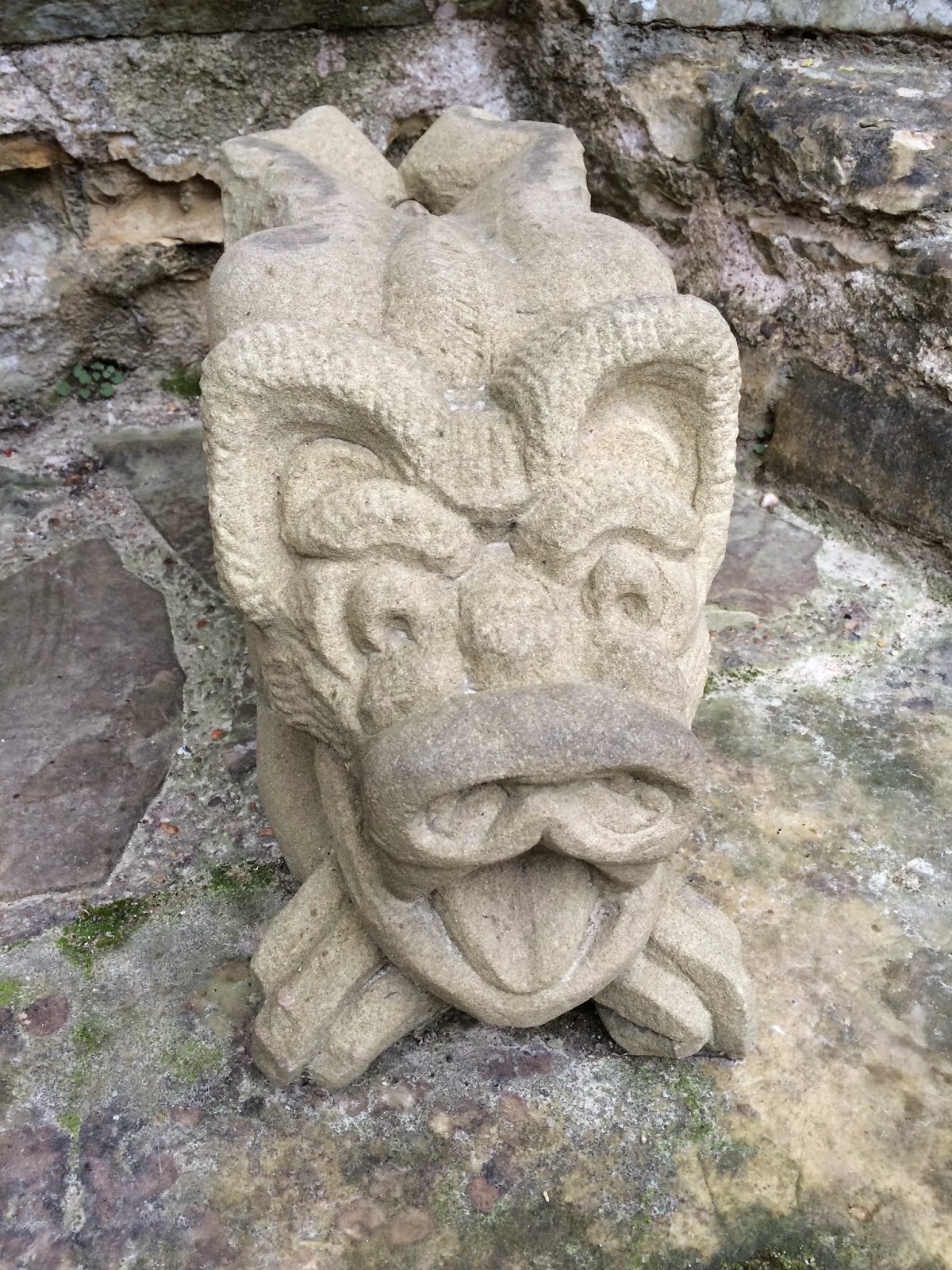 It was great fun to be back at Bodiam castle after a very long time. We all did say perhaps we should have waited until the weather was a little warmer but, if I'm honest, although it was very cold I kind of enjoyed it as a brief break from the weather in Singapore. There was no danger of us getting hot and sticky on that day! Also, despite it being the school holidays, it was possibly a little quieter on our visit as a result of the inclement weather. I think this castle is great for both adults and children as there is lots of exploring to be done amongst the ruins and battlements. It's a place you can let your imagination run away with you and do a little daydreaming of knights and battles. Definitely one to visit if you are in the area. 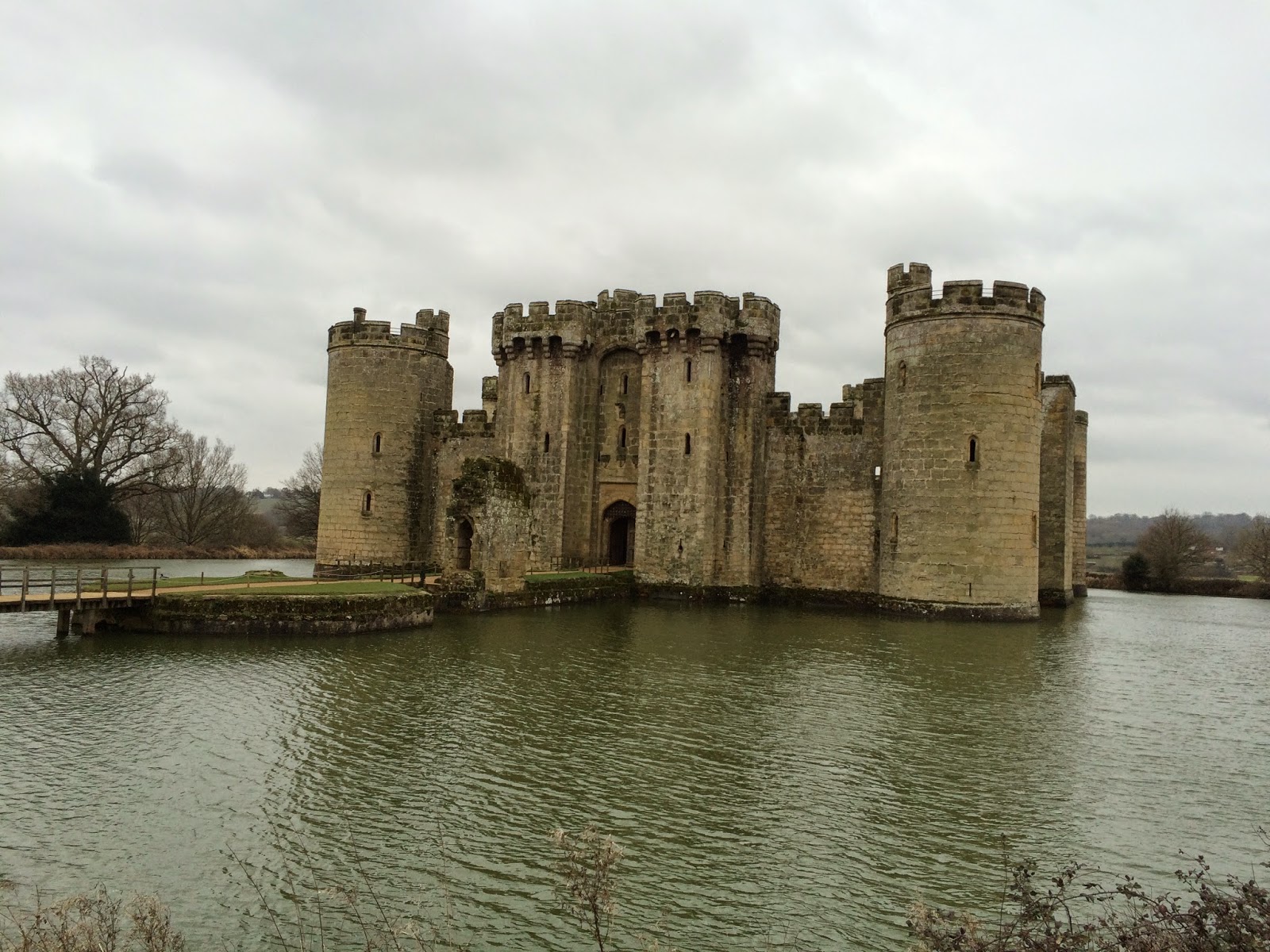