My latest Red Dot Roaming adventure took me to City Hall MRT specifically to visit the Armenian church of St Gregory the Illuminator on Hill Street close to the station.  This is the oldest Christian church in Singapore.


The church is an unassuming building surrounded, as it is, by all the modern buildings but once you enter the church grounds it becomes a very serene one.  It was designed by George Drumgoole Coleman, an Irish architect responsible for a lot of the early design and construction of the infrastructure of Singapore, this though is often regarded as the finest example of his work here.  The land was granted to the Armenian community in Singapore in 1834 and by 1835 the church was built.  The church was gazetted as a national monument in 1973.

Having done a little more research since my visit I understand that the church is modelled on St Gregory's church in Echmiadzin in Armenia.  It did not originally have a tower or spire but rather an octagonal cone with a small bell tower.  The present spire was put in place in 1853 after the original bell tower became structurally unsound.  Whilst being naturally church like in appearance its design also provided me and doubtless has many previously with welcome shelter from the heat on the day I decided to visit. 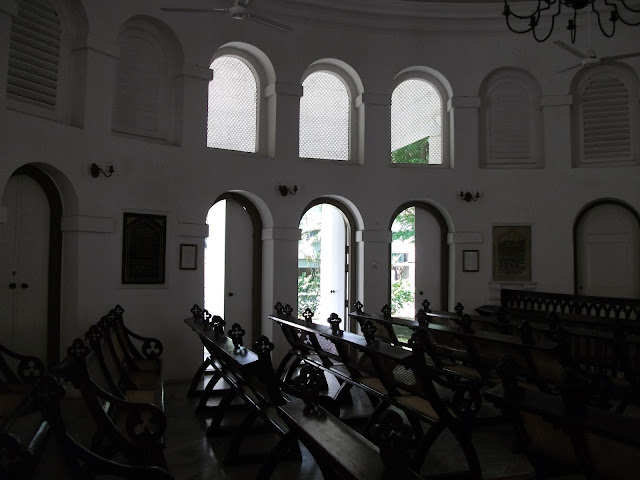 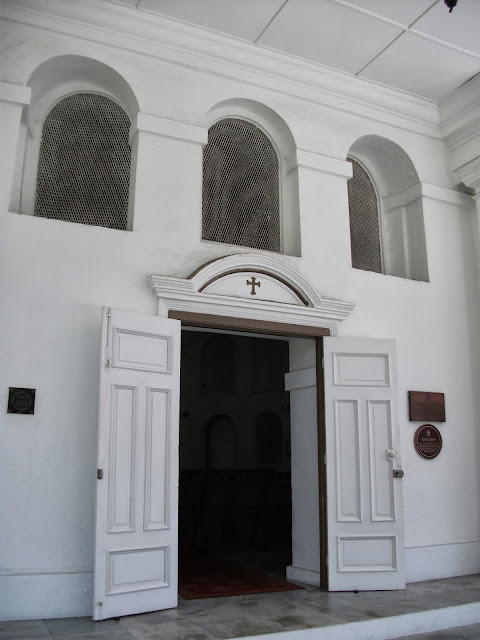 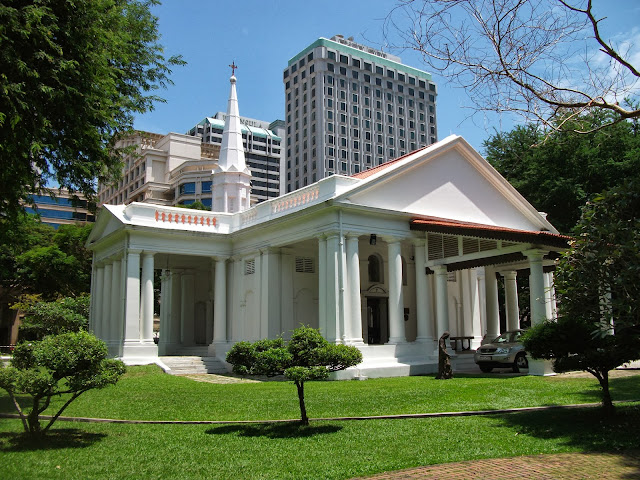 In the grounds of the church stands a parsonage built in 1905 by a member of the famous Armenian family of the Sarkies, there are also a number of Sarkies' family gravestones in the memorial garden in the grounds of the church.  In case you didn't know, perhaps the most famous three members of this family were the three brothers (Archak, Aviet and Tigran) who founded Raffles hotel.  The memorial garden also houses the gravestone of Agnes Joaquim.  The national flower of Singapore, the Vanda Miss Joaquim orchid, was named after her.  The memorial garden was never a graveyard though.  These gravestones were transported here from a Christian cemetery in Bukit Timah when that was exhumed in 1978.  There are also a number of more modern religious sculptures in the grounds of the church too but I've been unable to find any further details about them. 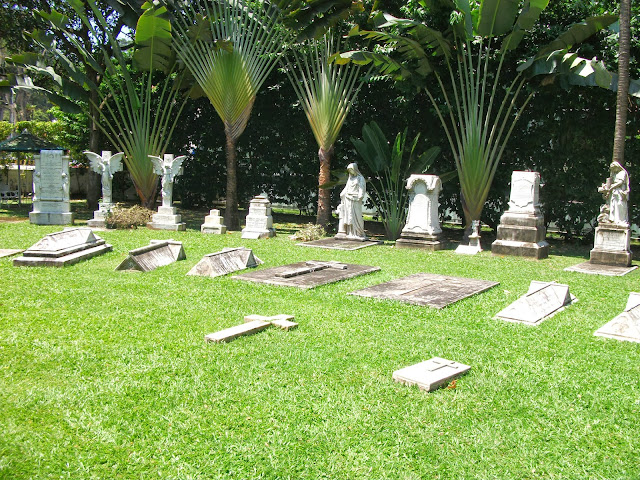 The church is no longer used for regular services but is open to visitors and makes for a pleasant escape for a while and the opportunity to view a little piece of history right in the heart of the city. 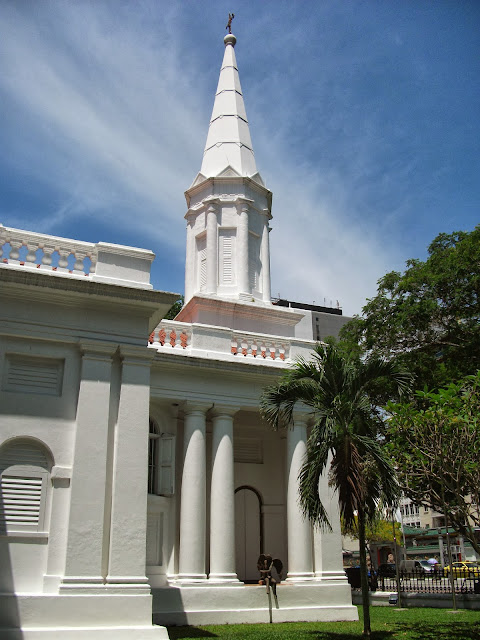 If you missed any of my previous Red Dot Roaming adventures, check them out here.