As a result of a variety of factors it's been a while since I've been able to go Red Dot Roaming so I was eager to get back out there again as soon as the opportunity presented itself.  My latest roam being to Bukit Gombak MRT, the first time I've been here.

Having done my customary research for my next stop on the MRT map I'd stumbled across references to Bukit Batok Town Park which is known for its apparent resemblance to Guilin in China.  Now I've never been so I can't verify that personally but I was curious to visit this place having read that.  The park is just a short walk from Bukit Gombak MRT so perfect for further investigation. 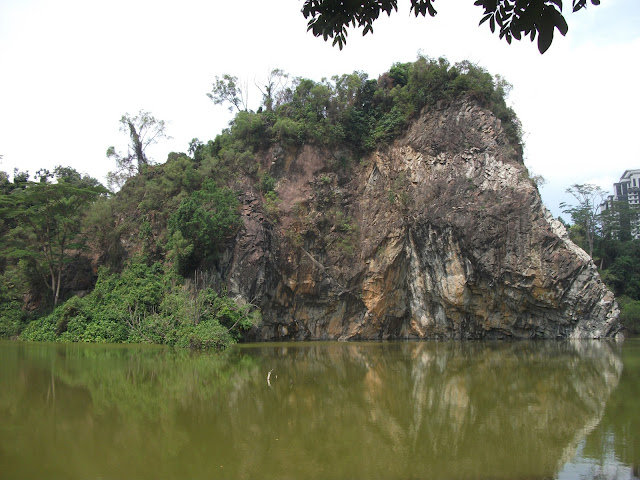 The park was created from a disused granite quarry giving the park its unique rocky features which I guess has given rise to the comparisons with Guilin (from looking at photos on the Internet).  It had been intended that the quarry would have been filled when it closed and a road built on it.  However because the area had a pleasant look to it it was converted to a pond and park instead.  Personally I think it's nice to hear that for a change as the park is noticeably different in appearance (thanks to the quarrying) to any other I've been to in Singapore. 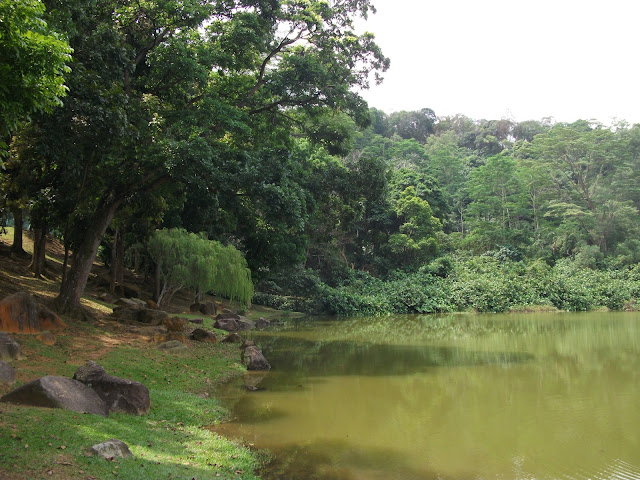 I only visited the area around Little Guilin lake accessible from Bukit Batok East Avenue 5, although the town park does appear to extend beyond that behind the granite rocks bordering the lake.  Has anyone visited that part too?  This park is also close to Bukit Batok Nature Park, can anyone share with me what this park is like?  It seemed a little too far to walk from the MRT given that my rule of thumb for my Red Dot Roaming is that my destination needs to be reasonably accessible from the MRT.  However if it is worth visiting then I'll definitely consider returning on another occasion. 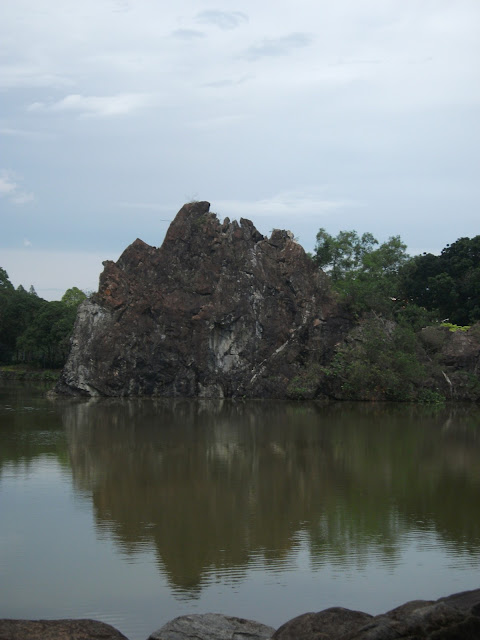 Walking around the corner from the MRT station it really struck me how impressive the lake looked flanked by the remains of the years of quarrying that had gone before.  There is a condo immediately opposite which must have great views from the higher floors overlooking a scene very different to that I've become used to here.  Whilst I probably only spent an hour or so there it was lovely to enjoy a different type of scenery and enjoy the relative peace for just a little while. 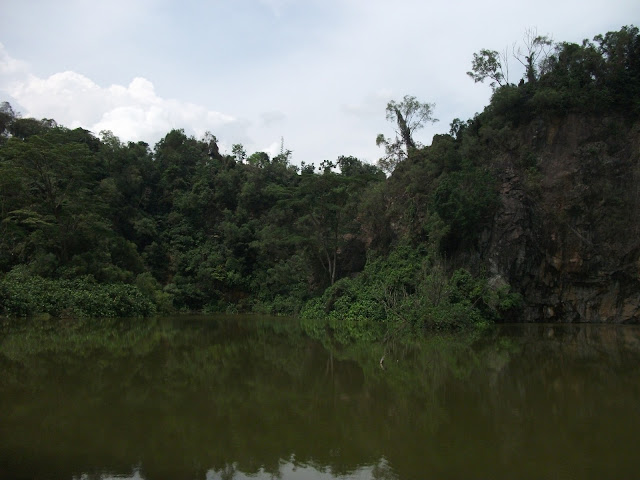 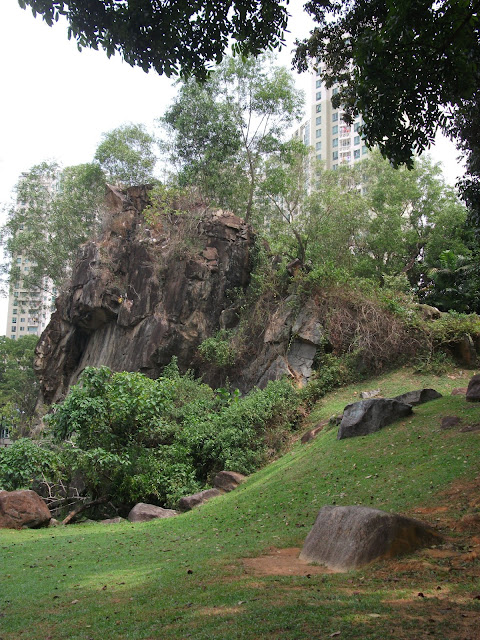 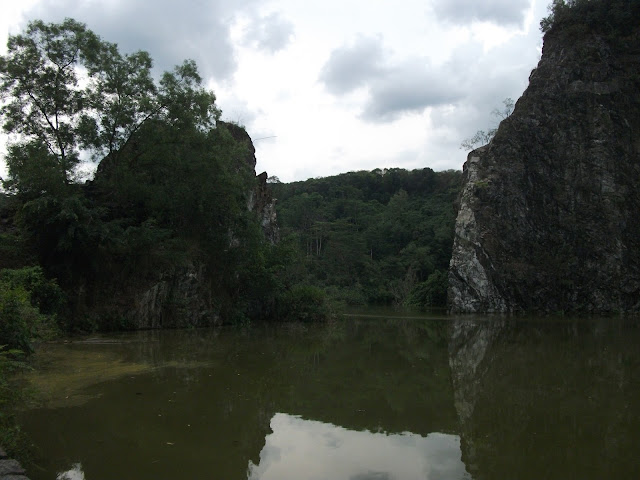 If you missed any of my previous Red Dot Roaming adventures check them out here, if you think there is somewhere I ought to be visiting please do comment and let me know.