Boat Ride on the Tonle Sap and Mekong Rivers

On our last evening in Phnom Penh we decided to take a sunset boat trip on the river.  Being in Phnom Penh we were at the point where the Tonle Sap and Mekong rivers meet so we wanted to do a trip that took us on both.  We'd seen lots of different options advertised and eventually found one which suited what remaining amount of time we had left in Phnom Penh.  We booked and that evening met at the travel agent shop and were then taken on a short tuk tuk ride to the area of the river where the boats departed from.

The boat had two decks, the lower being partially inside whilst the upper was open.  We opted for the upper in the hope of enjoying some good views for a few last photos and also to enjoy a pleasant evening breeze. 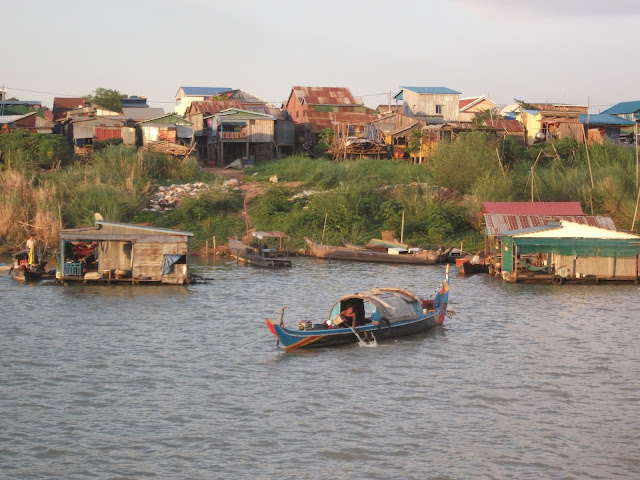 As we boarded the boat there were ladies selling drinks and food for the trip, we already had dinner plans so just got some drinks.  Shortly after boarding our boat set sail.  There was no commentary on the boat but we were taken out to the point where the Tonle Sap river meets the Mekong river and back to the dock in a big circle.  The Tonle Sap is the largest freshwater lake in South East Asia, whilst the Mekong river is the world's twelfth longest river and flows through China, Myanmar, Laos, Thailand, Cambodia and Vietnam.  The Tonle Sap is unusual in that its flow changes direction twice a year.  At Phnom Penh when the Mekong is low water flows from the Tonle Sap into it and when the Mekong floods the flow is reversed and the flood waters flow up the Tonle Sap. 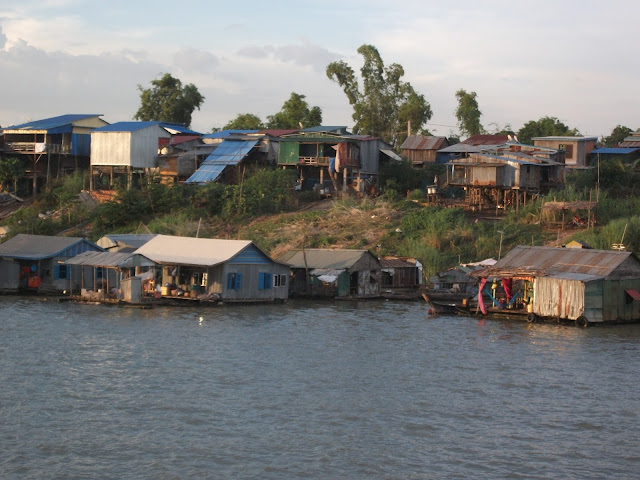 We gently cruised past the waterfront of Phnom Penh as we left dock, getting a different perspective on buildings we'd become familiar with in the preceding few days and then across to the opposite bank, and into the waters of the Mekong.  As we approached the bank we could see a small village on the shore with fishing boats, many homes and what looked to be a church with a large cross on the roof.  Our boat trip was approximately forty-five minutes and in that time we only saw a small part of the these huge rivers.  Perhaps one day I'll get the chance to see some more.  However the main point for us that evening was to see the sunset from the rivers, something we definitely achieved! 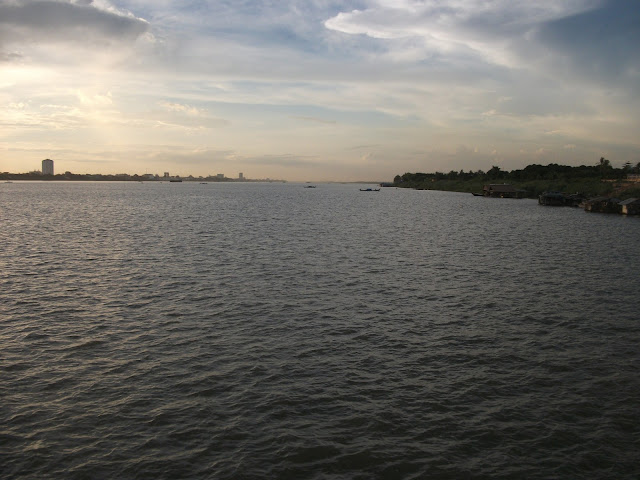 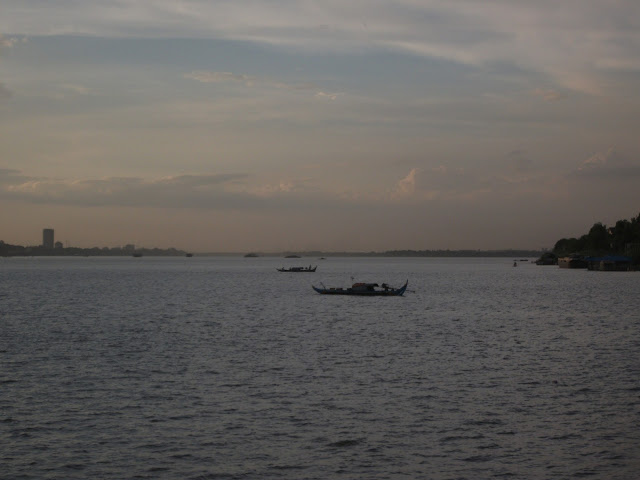 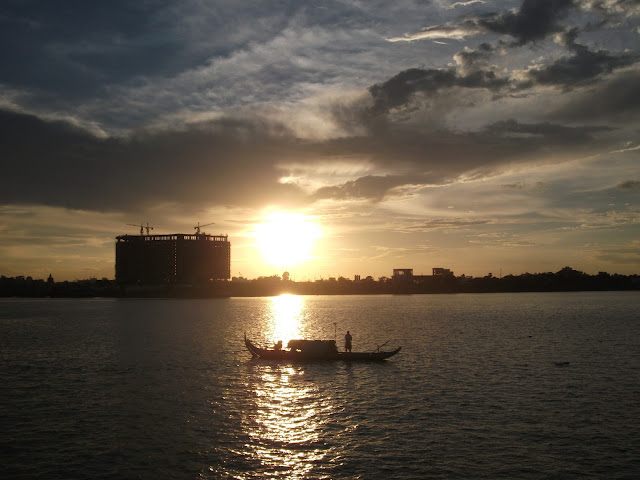 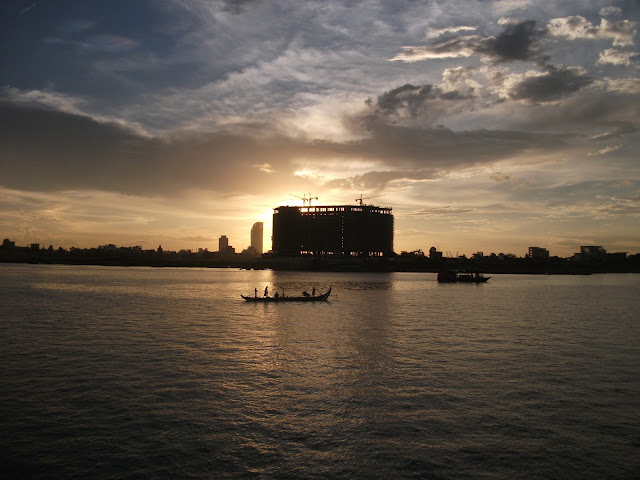 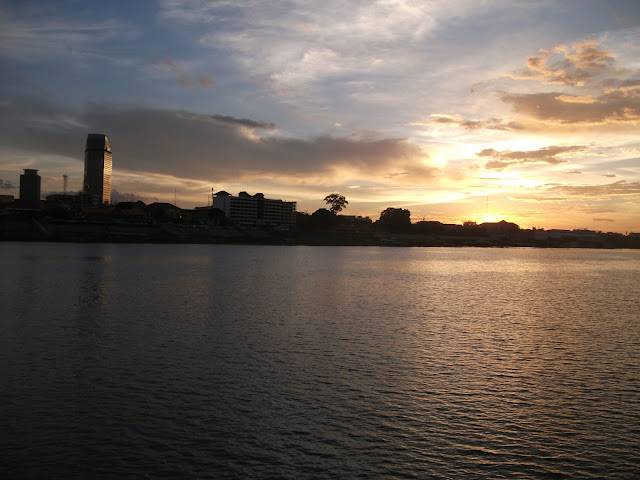