The last weekend of May brought with it a conveniently placed holiday for Vesak day which meant a long weekend.  Technically not really for me as I work Saturdays but my husband and I decided to each take a couple of days off work and go away somewhere.  Having not been away in the region for almost two years (our last trip being to Bali two summers ago) I was very excited to be going somewhere new.

As those who follow this blog will know my husband travels a lot for work.  One advantage of all this travelling though is that he collects a lot of air miles and it was with these that we decided to find some flights.  I was happy to go pretty much anywhere (even going back to Bali) but in the end we settled on a place neither of us had visited, Cambodia.  My husband has travelled extensively in Asia with work, far more than me and probably far more than I am ever likely too, but this was somewhere he hadn't been to either so it seemed the perfect choice.  Siem Reap seemed an obvious option but we found we couldn't get guaranteed flights using the miles and as we'd booked time off we wanted to be going somewhere and not run the risk of going nowhere.  We then stumbled across flights to Phnom Penh so opted for a visit to the capital city.  I have to admit I knew very little about what was there to do but having read a little more I was satisfied that this would be a great first place to visit in Cambodia.

So on the Friday (Vesak day) we flew off to Phnom Penh.  Our first day was spent mainly wandering around the area near our hotel.  We were well placed near to the Royal Palace, Tonle Sap river and a wealth of eateries.  Our hotel was, although a little unfinished in places, very welcoming, clean and the service was fantastic.  In fact the service everywhere we went was brilliant.  I'd have no hesitation in staying there again if I were returning to Phnom Penh.

The Royal Palace was closed on the Friday so we decided to return on the Saturday.  If you are thinking of visiting please note it is only open from 7.30am - 11am and then again from 2pm - 5pm.  We went early in the morning but it was already incredibly hot, the sun very intense and there is not a lot of shelter so make sure you take sun cream.  Throughout our whole stay in Phnom Penh it was several degrees hotter than Singapore generally is and the difference was very noticeable at times! 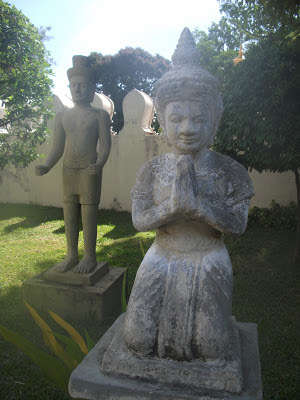 The Royal Palace is the residence of the Cambodian King, they have occupied it since the 1860's other than during and after the reign of the Khmer Rouge.  You enter the palace from the Sothearos Boulevard, easily the grandest road I saw in Phnom Penh and also the quietest.  Once inside all outside noises seem to disappear and you are immersed in a tranquil calm, even more so it seemed as we visited early in the morning.

The palace was constructed when the capital of Cambodia was relocated from Oudong to Phnom Penh under King Norodom (there is a statue to him in the palace grounds) and the French protectorate in the mid-19th century.  It serves as a residence for the King (though the part he lives in is closed to the public), a venue for court ceremonies and as a symbol of the Kingdom.  Although the palace was sited in its present location in the 1860's it didn't attain its present form until around 1920.  Over time buildings have been added, expanded and demolished. 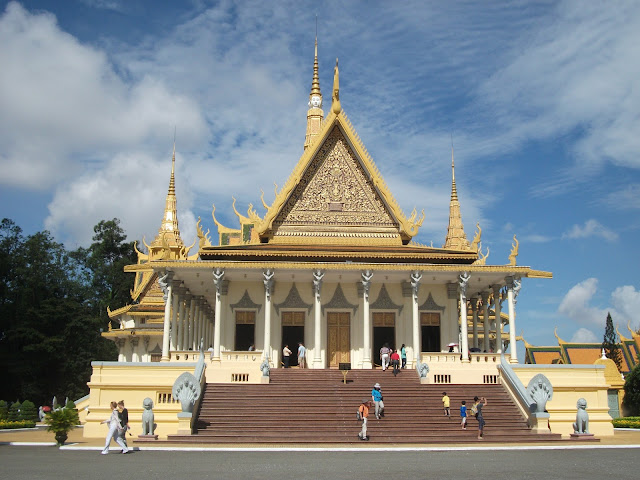 Attached to the palace compound is the Wat Preah Keo Morokat or the Silver Pagoda.  It has this name because of its silver tiled floor (there are 5329 tiles each weighing 1.125kg) and is where the King meets with monks, no monks live there however.  Ceremonies are performed there and it also has a collection of Buddhist and historical objects, including the 17th century 'Emerald Buddha'. 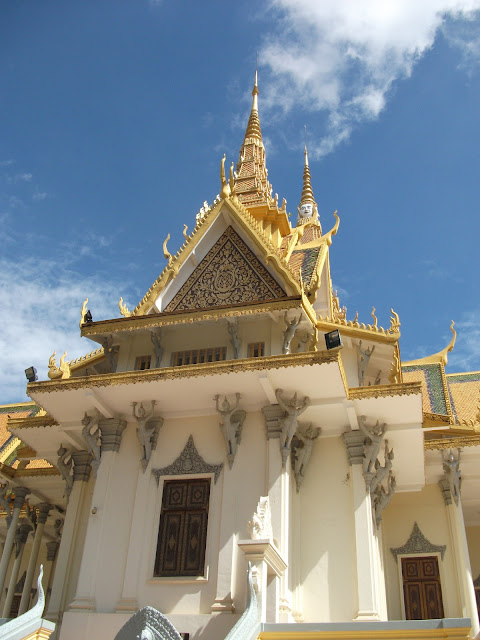 As I wandered around I commented to my husband how it reminded me a lot of the Grand Palace in Bangkok.  I didn't think that surprising given the countries are neighbours and both have a large Buddhist population.  Having read a little more about the palace since I understand that it was constructed using both traditional Khmer architecture and Thai architecture, so maybe that's why I can see a resemblance.  It also features a number of European features and designs as well.  This includes the Napoleon iron pavilion, originally built for Empress Eugenie of France, Napoleon's wife in 1869 for use in the inauguration of the Suez canal.  It was a gift from France in 1876. 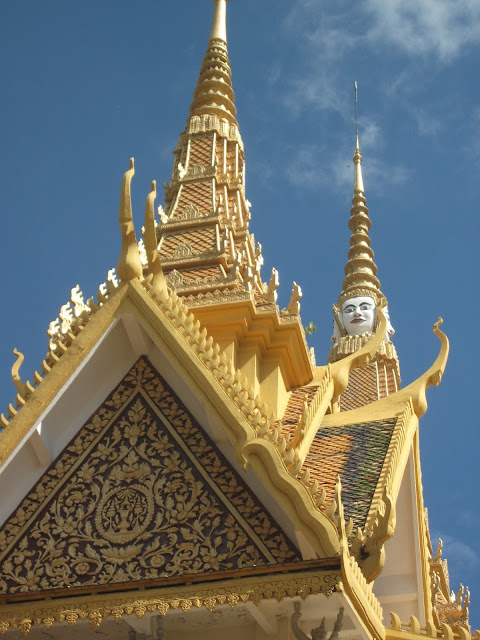 After you leave the palace compound and Silver pagoda you enter an area with a museum and more general information about Cambodia and its history and, of course, refreshment areas, toilets and a gift shop.  If you wish to you can see silk weaving exhibitions, a traditional Cambodian house and much more including an interesting (though quite long) video about Cambodia's history. 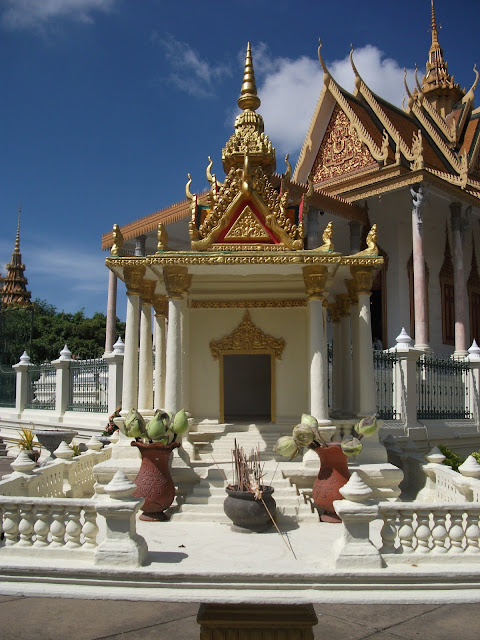 We opted not to have a guided tour and explore the place ourselves when we visited.  There is not much in the way of signage or information around so if you really want to learn a lot about the place and what you are seeing a guide may be a good choice.  Nonetheless though it was a great morning and the Royal Palace is definitely a must see on any trip to Phnom Penh. 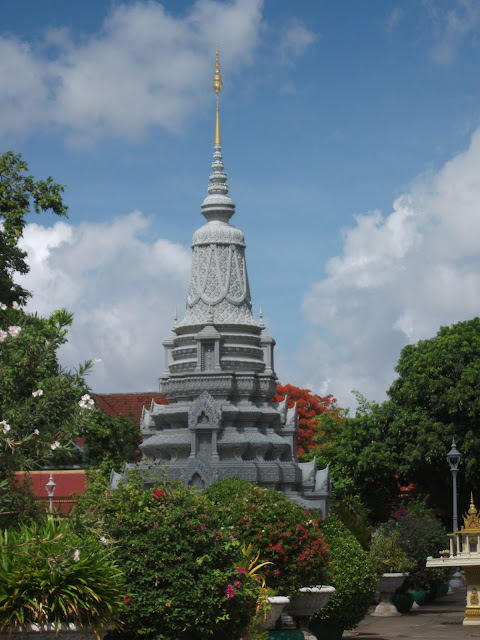