I seem to have been busy lately and so my last Red Dot Roaming adventure has been a little slow in being published.  My last visit earlier in May though took me to Bugis MRT.  Before I go Red Dot Roaming I usually research the area as much as I can, mainly to see if there is anything there that looks interesting.  I have naturally skipped stations (I'm doing my exploring alphabetically) and fully expect to do this again in the future if there is nothing there of interest to me or I've already visited the vicinity and shared my experiences here separately.  I actually thought Bugis would be one I skipped over as I guess when you think of Bugis you think of the Kampong Glam area and of course, I've been there countless times.  I've also recently visited the fairly newly opened Malay Heritage centre and so I wasn't really sure there was much else there.

Well I was wrong!  I did know of one place I had not been to, a small toy museum, which although I had tried before I had not succeeded in finding.  I have to admit that now I have been I feel a bit foolish that I missed it the last time I looked for it.  Anyway more on that later because my Bugis MRT Red Dot Roaming actually ended up taking me to three locations all very easily accessible from the MRT and all new to me. 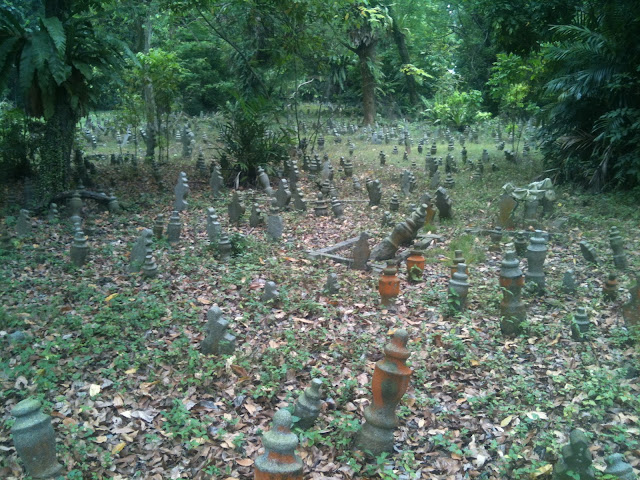 My first stop was at an old Malay cemetery, which although I wasn't aware of does seem to be common knowledge to a lot of other people in Singapore.  Anyway, anybody who knows me will know my love for a good spooky story and consequently my fascination with graveyards.  I'm a big history fan and graveyards can also tell you a lot about the history of a place.  My pre-trip research always includes looking at a map of the area to see if anything grabs me there that might not come up in other searches and it was whilst I was doing this that I noticed the cemetery.  I did a little more research, found some information about it and decided that it would be first on my list to go to. 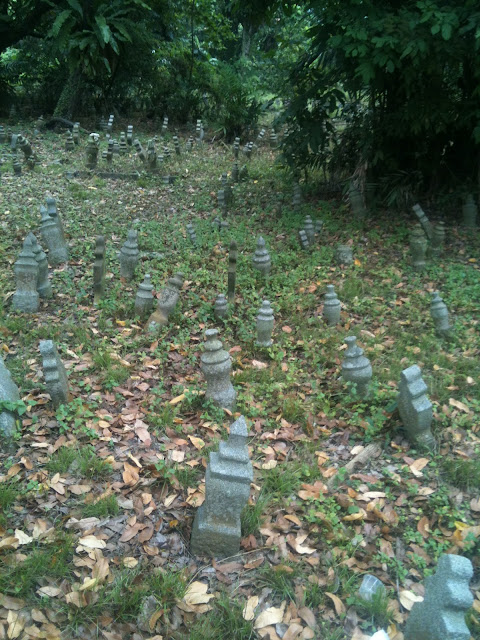 The cemetery is believed to be the oldest Malay cemetery in Singapore, dating from 1819.  Although lots of people seem to know about it I'm pretty sure I've never noticed it before when I've been in the area.  It's on the corner of Victoria Street and Jalan Kubor.  Despite knowing this before I went (so I knew where to go) I was still surprised that it was so obviously on the main road (given I had no idea it was there) and so easy to access.  I guess I'm just surprised it has been left alone given where it is and not rebuilt upon.  Though I'm pleased to see it has survived.  Does anybody know anything of the history of the place and why it has been lucky enough to be preserved?  I understand that it's believed that a number of Malayan Princes are buried there, could this be why?

Although there was no barrier to stop me entering the graveyard in the end I just viewed it from the path.  There was something about the numerous graves dotted all over the piece of land with no clear paths to walk on that made me feel I would be being disrespectful to traipse over them all.  I noticed as I crossed over Jalan Kubor (which I understand means Grave Road in Malay) that there was also what looked like an old shrine partially hidden by trees on the piece of land.  I presume this must have been linked to the graveyard too. 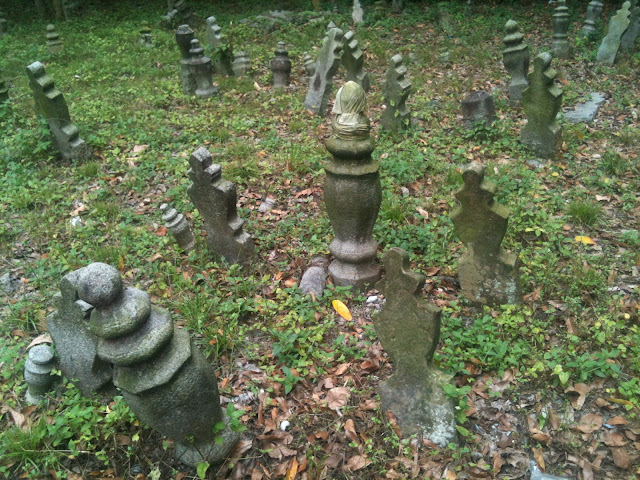 After my visit to the cemetery I walked back to Bussorah Street for my next stop, a visit to the Children Little Museum, a place that had managed to allude me when I'd gone to look for it before.  This time I made a thorough note of where it was and found it without any difficulty.  I've previously visited the Mint Museum of Toys near Raffles hotel and it was after my visit there that someone on Twitter told me about this other toy museum.

As you enter the museum there is a model robot on the doorstep to welcome you in to a shop full of goodies to browse.  The toy museum is in the upstairs of the shophouse and entry costs $2.  It is only the one large room and it naturally focuses on a typically Singaporean childhood.  Despite that though and whilst brands may not have been automatically familiar to me many of the toys themselves were.  The owners have gone to great trouble with their museum including a reconstruction of a classroom and toy shop windows.  A really sweet place well worth popping by.

Last on my list of places to go was the Singapore Chinese Opera museum.  I think when I first moved here this was somewhere I stumbled upon when researching things to do in Singapore and it got added to the list of places to go.  Subsequently it got forgotten until a previous visit to Kampong Glam and  a chance spotting of a sign advertising the museum.  I then forgot about it again until I was doing my research for my visit to this area.  I recalled seeing the sign for the museum but, of course, I couldn't remember the name of the place.  After a lot of hunting I finally stumbled across a website about the museum and decided this would be my final stop.

From Bussorah Street I walked to Jalan Sultan and the Sultan Plaza mall.  The museum is on the first floor literally just as you walk in.  To be fair it's more of a cafe with a lot of information about the history of Chinese opera in Singapore on the walls at one end of it.  There is also a stage area where I presume they sometimes put on live performances.  When I went though there was just a TV in the corner showing some of the opera.  Again it did not take me long to look at the exhibits and the owners let me look at the displays seemingly without any expectation that I'd also buy something from the cafe.  However given that I'd just spent time there doing that I felt it only right that I end my visit to Kampong Glam with a refreshment stop at their cafe before heading home.

If you've missed any of my previous Red Dot Roaming adventures around Singapore check them out here.  If you think there is somewhere I should be visiting near an MRT station please comment and let me know.