The area of southern Spain we visited over the summer is famous for its white villages (pueblos blancos).  These are a series of towns and villages characterised by their whitewashed walls and red or brown tiled roofs.  Various reasons have been suggested for the reason behind the buildings all being whitewashed.  These include, that the chemical properties of the alkaline whitewash is antibacterial and that visually it presents a socially cohesive appearance.  Equally though there is also evidence to suggest that not many of the buildings in the villages and towns were painted in this manner before the 1920s.  Investigations into the layers of paint on some buildings have also shown that some of these were in fact previously decorated.

During our time in Spain we visited two of these villages, Casares and Gaucin.  Our visit to Casares was on a Sunday morning and after a pleasant drive through the Spanish countryside we rounded a corner and saw this.  Quite beautiful I think you'll agree, particularly against the bright blue sky.


The town is a maze of twists and turns and narrow passages and roads.  This is a place that was built when the mode of transport was on horseback rather than by car.  As you can also hopefully see Casares is built on a cliff and as a result is known for its typically Moorish cliff hugging buildings.  Walking around the roads and paths was a reminder of just how flat the majority of Singapore is by comparison.

Of course stopping somewhere like this we could not help but visit one of the town cafes just off the main square (below) for a morning coffee and the opportunity to watch the world go by.  Here is where the locals gather to meet friends, put the world to rights and no doubt observe the regular stream of tourists passing through their town. 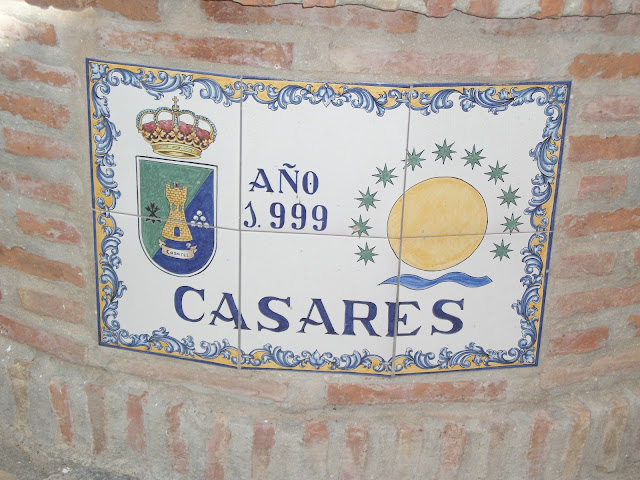 Our second white village experience was to the town of Gaucin.  According to all the tourist information this is one of the best of the white villages, particularly for its views of Gibraltar and Morocco.  Unfortunately though our visit didn't really give us the chance to see this or the beauty of the village.  Once again it was a maze of tight roads and narrow passages and definitely not designed for anything really but horses and carts.  As a consequence of that and it obviously being quite a draw for visitors we struggled to park.  When we did park we then struggled to find our way to the best points of the town, when all the buildings are white and the streets narrow it can get a bit confusing, particularly when you've been driving round and around.  Our time was also limited here which was a real shame.  I can only hope I get the chance to return again sometime to really be able to appreciate this place as much as I enjoyed my visit and walk around Casares.

Nonetheless though Casares (and Gaucin) were beautiful and certainly somewhere I could happily return to given the chance.