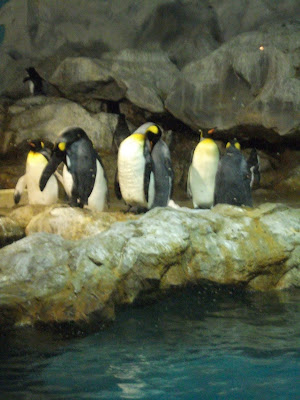 One of the last things we did before my stepsons returned home to the UK was to take them to the Jurong Bird Park.  This was somewhere that I'd wanted to visit and had heard good things about.  Equally though I'd also heard of people not enjoying the experience due to some of the birds being kept in caged enclosures and therefore unable to fly freely.  As a consequence I was not sure what to expect, that said though I personally had a very enjoyable day.  For all the enclosed birds there were also plenty out in the open or if they were in enclosures they were ones that we were able to walk through and enjoy the birds at close range.  My only wish was that there had been places in the enclosed bird cages with clear viewing points rather than only being able to look through the cage wires.  More so that there were better photo opportunities for people (like me) with only regular cameras. 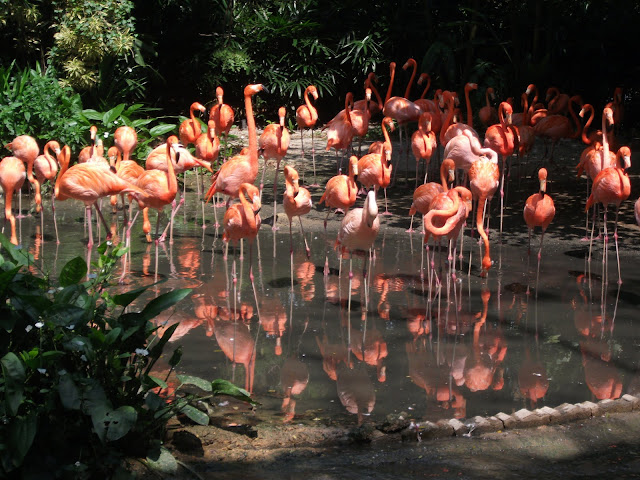 The bird park has an array of different habitat sections including Penguin Coast, Flamingo Lake, Parrot Paradise, Pelican Cove, Dinosaur Descendants with ostriches, emus and so on, hornbills and toucans and a bird of prey section.  Circumnavigating the whole park is a monorail (or panorail as the park calls it) with several getting on and off points at various parts of the park.  As you take the ride there is a recorded commentary about the birds being viewed, and as much of the ride is above the exhibits you can enjoy the birds from a different vantage point other than just at ground level.

My own personal favourites, apart from the penguins which I could happily watch for hours, were the African Waterfall Aviary, the waterfall can be seen in the photo below and the Lory Loft.  A photo of a slightly blurred Lory in the loft can be seen below the photo of the waterfall.

The African Waterfall Aviary is marketed as being the world's largest walk-in aviary with a thirty metre high waterfall and over a thousand free-flying native African birds.  I'm sure we saw nowhere near that amount of birds whilst we were in there but the waterfall was certainly very impressive.

The Lory Loft allows you to walk amongst (and feed) these incredibly tame brightly coloured birds.  You actually walk amongst the treetops on a raised platform and the birds seem to have no fear of the humans wandering around.  One even catching me in the face with its wing as it flew past, or perhaps it was in fact getting its revenge?? 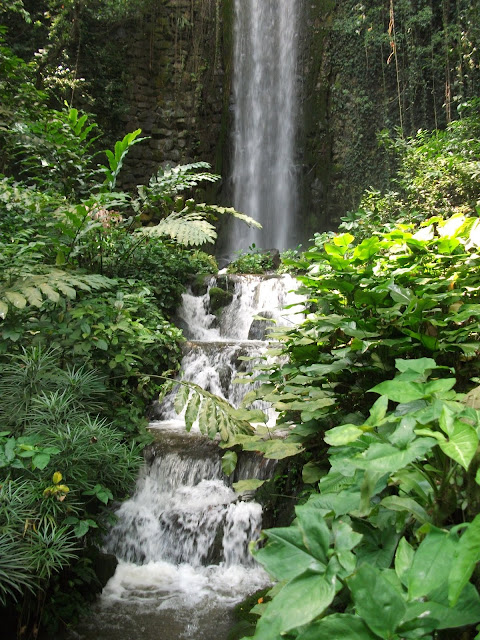 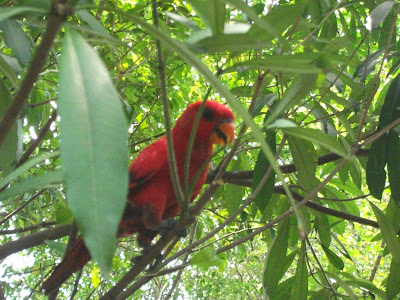 The park puts on a number of shows with the birds and we did catch the 'Birds n Buddies' show.  This was definitely aimed at children with a number of staff dressed up as birds but we saw as well an array of birds including pelicans, vultures and macaws, a lot of fun.  There are also several other shows but we did not manage to see any of those.

As I said, despite the mixed reviews of the park that I'd seen previously I enjoyed our day out and would go back again if the opportunity arose.

Jurong Bird Park is open daily from 8.30am to 6pm.