I've been aware of this project for a while and have been enjoying re-reading the posts of some of the blogs I follow and with some, I've only recently found, reading their posts for the first time.  I was therefore pretty excited to be invited to take part myself and have enjoyed looking back at my own posts and finding ones that I believe fit the categories listed.

I would have to nominate my post on the Bukit Brown cemetery.  This has become one of my most popular posts given the publicity this cemetery has received in recent months and also thanks to my piece being subsequently included on a local Singapore history website.  The reason why I think this post fits this category though is that this is probably one of the most beautiful places I've visited since moving to Singapore.  To me its beauty is in its isolation, peacefulness and the way in which mother nature has claimed it, in part, back for herself. 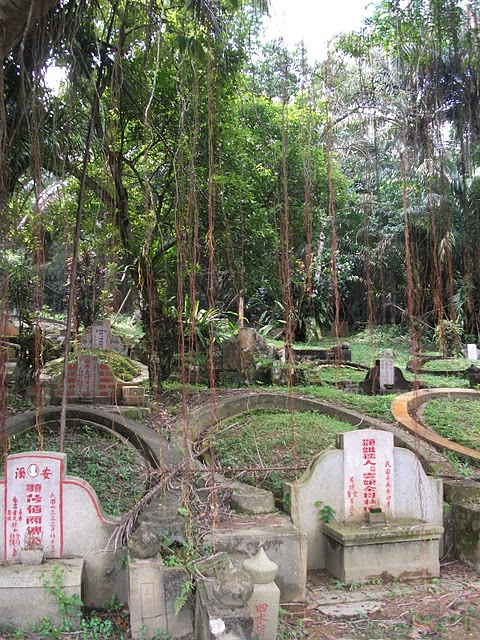 I'm actually including my top two most popular posts here as my run away winner for this was not actually written by me but by my fiance!  Both my top two posts do however have a link in that they both relate to drinking spots in Singapore.  Clearly very popular Internet searches.  Top Five Chill Out Bars in the Lion City proved so successful that within a few days of first being posted it had already stormed ahead of anything that I had written and it continues to do so.


Like I said, though, I did not write my most popular piece myself so strictly speaking my own personal post for this category is my one about a place near where I live which is pretty close to a UK pub in style, the Cider Pit.  The Cider Pit is a great place to go for a quiet local drink and by Singapore standards is reasonably priced as well.  It also sells a lot of beers and ciders that are not commonly found in Singapore as a rule so I guess it is no wonder it is a popular search topic. 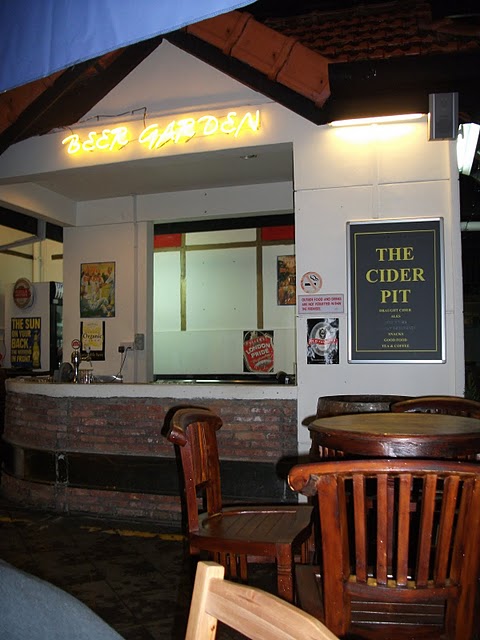 This was a tough one as I don't really think any of my posts have been that controversial and I don't set out here to write or cause controversy.  However just for my naivety and the number of people that were happy to point me in the right direction I've selected my post on my good fortune to have an oven and my belief that you could not buy bags of sugar in Singapore!  Ovens, Hot Water, Sugar Sachets and Cereal Packets was written after I made the relatively late discovery (almost a year after I moved) that ovens were not a common feature in Singaporean kitchens.  Coming from the UK, where people would think it bizarre not to have an oven, I just assumed everyone had one.  When I discovered that was not necessarily the case I had to share it.  I decided to also include some other differences I'd discovered one of those being that I'd never seen bags of sugar in a supermarket.  Readers were quick to tell me exactly where I could buy them and since writing this post, supermarkets I frequent that I'm sure never used to sell bags are now doing just that.  Did they just read my post and determine to prove me wrong too?!?

Another tough one as I never really think of any of my posts as being obviously helpful in the way that some of my fellow bloggers are.  When I looked back through my posts though it became clear that ones where I've written about my own personal position and decisions I've made as a result have always met with a positive reaction from readers in a similar position to me.  I think my most helpful post was my one about my decision to remain in Singapore when the time came for my initial career break from my job in the UK to end.  At that point I had to decide whether I was going to remain or return back to the UK.  It was a difficult decision to make as it meant giving up my job with no new one to go to which did not sit comfortably with me.  In the end though I'd got engaged to be married following my move, had met new people and in effect moved on with my life.  It is heartening though to still receive comments from readers who have found my blog as a result of them being in a similar position to I was.  I like to think that my honesty about how I've felt at times reassures people that it is OK to be daunted by the prospect and nervous and that despite those fears you can settle in and make a life for yourself as a result.

Not long after I first moved out to Singapore I wrote a general post about the first Youth Olympics that were taking place at that time and an experience I had after ordering shepherd's pie in a restaurant.  The number of subsequent hits on my blog as a result of searches for 'shepherd's pie in Singapore' surprised me and I subsequently wrote a post on this and other places where I have since found shepherd's pie in Singapore.  The post is only a couple of paragraphs but I'm constantly amazed by how many views it gets and how many people find my blog by searching this topic.

A post you feel didn’t get the attention it deserved

I'm always flattered to think that anyone reads my posts, especially as the majority of people who read this do not know me personally and in some cases choose to return to read what I write on a regular basis.  So for me any hits are a great thing.  In looking back though I have been surprised that some of my posts on, what I would say, are big tourist pulls in Singapore have not attracted more interest.  Out of several posts like this I've picked my one about the National Orchid Garden.  This was somewhere that it took me quite a while to get to but I had friends both in Singapore and back in the UK telling me how lovely it was and that I had to get there sooner rather than later.  It is therefore somewhere I imagine would be high on a visitor's 'to do' list and that's why I'm surprised that it has not been a more popular post.  So if you have not read it why don't you take a look now (or at least once you have finished reading the rest). 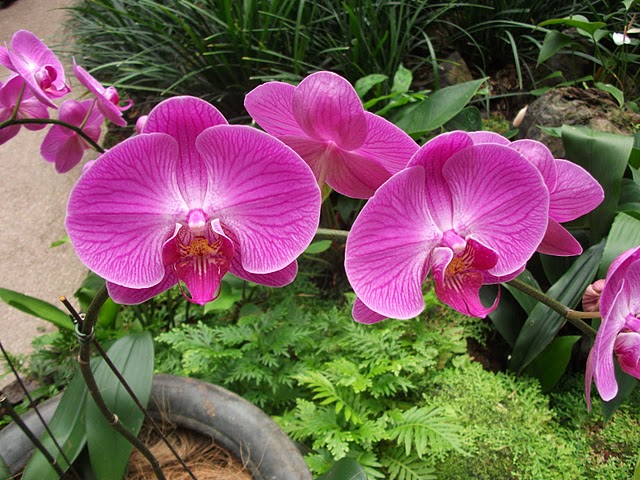 I think this would have to be the post I wrote immediately before this one, my random wish list of things I would like to do in Singapore.  I had great fun thinking about this following a strong desire to try the infamous ice cream sandwich and a subsequent Twitter conversation on this subject.  As soon as it was posted I had a great reaction from people as well to my list.  As well as all the fun things there was also one heart felt hope for my future.  I'm determined to do my best to achieve all of the things I put on my list and, of course, write about them here when I do.


So now I've written my seven links what happens next?  I have to select some other blogs to keep this up and select their own personal seven to share.  So I've selected the following three who I hope will carry this on.

Firstly my friend Lynne from the UK, she started her blog, Lynne's Diary (unfortunately this blog is no longer accessible) about the same time I began mine.  I used to work with Lynne and a couple of months before I came to Singapore she retired from the Civil Service (where we both worked) and began sharing all the things she is now doing.  She certainly keeps busy.

Secondly I'd like to nominate Tanya who writes, Australian Expat Family (unfortunately this blog is no longer accessible).  I enjoy reading what Tanya and her young family do in Singapore.  It is great to get another perspective on things as she shares her life in Singapore.

Finally I'd like to nominate Over Here a blog I've recently found written by a lady called Kristin.  Again this blogger shares her perspective on life in Singapore with her family and it is lovely to share in and hear about their experiences.