Before Christmas came I did wonder how much it would be celebrated here.  Clearly the weather is very different to what I'm used to at Christmas and as only a small percentage of the population are Christian I wasn't sure what to expect.  Thinking about it further I reasoned that Christmas day is a holiday here, Singapore celebrates other days for other religions with appropriate decorations etc. and there are a lot of expats here who whether or not religious would be used to celebrating Christmas in their own way.  As November progressed I was rewarded with copious amounts of Christmas trees and decorations in streets, shopping malls and public places, festive music and a reassurance that Christmas wouldn't be forgotten here!

When we returned back from the UK at the weekend I decided it was time to get the tree and decorations up but first I needed to buy the tree.  We had a real tree last year and yes I was finding needles for months afterwards, even when our furniture arrived here and was unpacked!  As a result we didn't have a fake tree (other than a 3ft one) so I needed to go and buy one.  At this point I tried to recall where I'd actually seen trees on sale and the only place I could think was one of Singapore's department stores.  I hadn't take any notice of the price previously but headed off there to buy.

When I arrived I was a bit taken aback by the price, a 4ft tree (so barely big enough for more than a couple of baubles) for nearly £40 and the prices rose considerably from there!  Needless to say I didn't buy as the same price in the UK would usually buy you a much bigger tree than a 4ft one!  It was then that I realised I didn't know where else to go to buy a tree, I knew where I could buy a real one but I didn't want a real one!  In the same shopping mall I found a massive hypermarket which sold absolutely everything ..... except Christmas trees!  A colleague of my fiance suggested a furniture store where he'd bought a tree several years before.  This shop was right by the serviced apartment we stayed in when my fiance moved over here and I was confident I knew the place and where it was without checking first.  When I arrived it looked to be closed with a sign indicating that the building was due for demolition.  So I felt a bit deflated after my trip especially there.  In fact my memory has obviously faded in the year since my fiance came here the store was still there but behind the back of the hotel (I could have sworn it was next to it and the sign for the shop was certainly in front of the building due to be demolished) but never mind ......

Although the particular hypermarket I'd been to had no trees I was advised that another one in the same chain on the west of the island did have trees, so I kept this as a back up but hoped against hope I'd find somewhere a bit closer.  Although it isn't far (given the size of Singapore) and is on the same MRT line that we live close to I decided it did seem a long way to go for a tree, but if all else failed they would hopefully be able to resolve my tree dilemma.

I then thought about where you can buy trees in the UK, supermarkets!  The first two I thought about are all locally based and from looking at their websites and my own recollection of recent trips to both I couldn't recall seeing trees for sale.  Then I remembered a certain French hypermarket chain based here, surely they couldn't let me down and yes when I checked their website there was evidence of trees for sale and one of these stores was a lot closer to us than my other option.

So off I went to the hypermarket and bingo they came up trumps!  In fact they surpassed themselves as they had a promotion and my 7ft tree which originally cost nearly £40 only cost me about £15.  I think I had the last one as well!

So thank you hypermarket you've made our first Singapore Christmas complete and the tree is looking lovely in our now very festive condo. 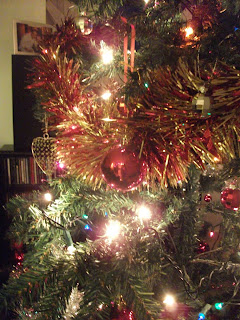 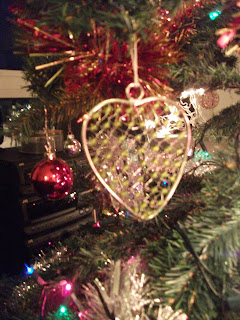