On our last Sunday (sob) in Singapore we made the trek to the north of the island to Sembawang park as it's an area that we'd never been to previously. Sembawang park like many others in Singapore is the perfect place for those living in the vicinity of it to get away from the hustle of the city and enjoy some relative tranquility, even if it is right next to a shipyard!

We took the MRT to Sembawang station and then walked the last part, I'm sure you could easily catch a bus though if you wanted. The park isn't right on the doorstep of the MRT station but if you don't mind a bit of walk it's perfectly doable by foot. There is also plenty of signage directing you along the park connector to this and other parks in the area and it's a pretty pleasant walk. It takes you past some landed properties and HDB's before ultimately hitting more open country with just a sprinkling of residences and shophouses housing a few small restaurants and convenience stores. The walk is pretty much a straight line before reaching the park right on the coast overlooking the Straits of Johor. 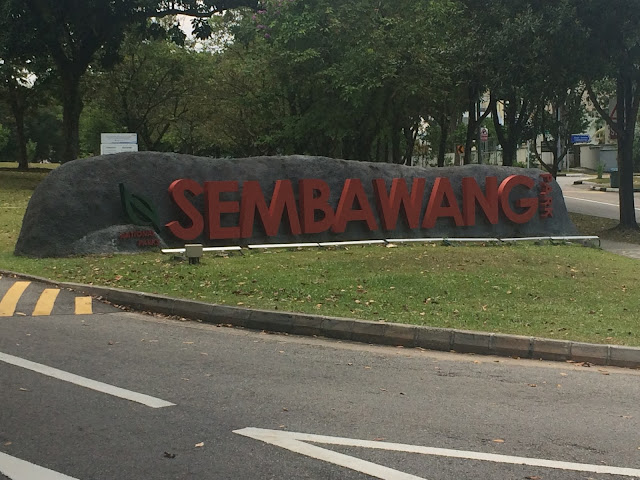 As we approached the park we heard the sound of a siren a few times. We briefly thought it was the island wide alarm but quickly realised it wasn't. I'm not sure what it was but can only assume it was connected to the shipyard in someway. Other than hearing this alarm though, as is so often the case, the road leading to the park was pretty deserted of any life.

There is a strong connection to Singapore's naval history in this area. As I mentioned the park is right next to a shipyard which was originally a naval base of the British Royal Navy from the 1920s until Singapore's independence. After entering the park, and with the shipyard on our left, we soon spotted Beaulieu House in front of us. The house was built in the 1910s as a seaside house for a family by the name of David who were in the mining business. The house is actually older than the naval base whose construction began in 1923. After the base was built the house was then acquired by the British government to be used as a residence by senior Naval officers.

During the Japanese Occupation it was believed to have been used by the Japanese as a Headquarters and watch towers were built to overlook the naval base. Following the end of the Japanese Occupation it was returned back to the British and used once again as a residence by officers and their families until the complete withdrawal of the British in 1971. It was then gazetted as a conservation area and subsequently became a seafood restaurant, which it still is today. By the time we'd walked all the way from the MRT station we were quite warm so popped in there to get a cold drink before exploring the park a little more. There are loads of newspaper cuttings etc about the place and trinkets dotted all over the restaurant. I've heard it is also a popular venue for weddings and whilst we were there a young couple were discussing their wedding plans with one of the staff. 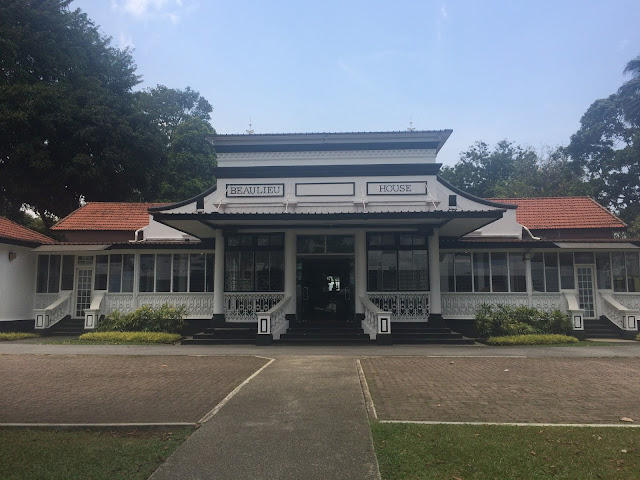 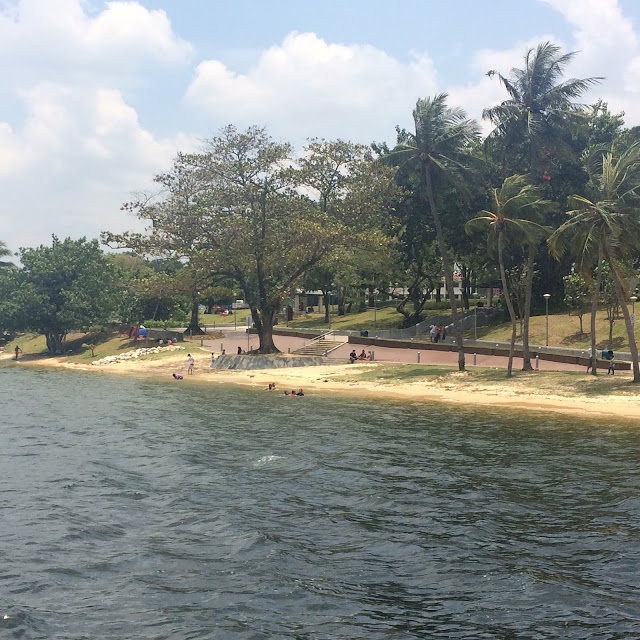 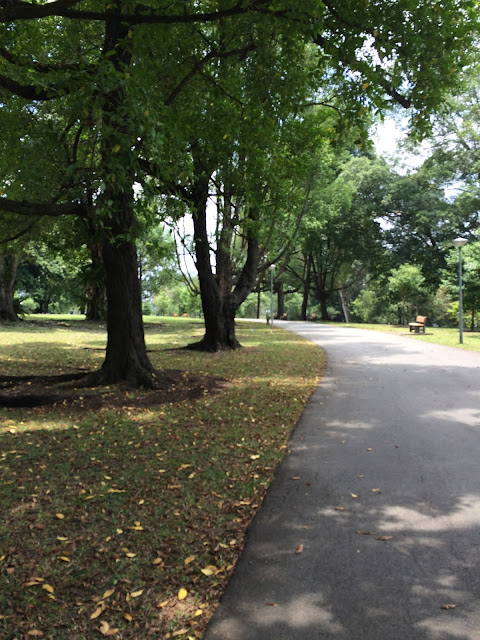 After finishing our drinks we went for a stroll around the park, firstly walking along Sembawang jetty which the British began building in the 1940s but abandoned during the Japanese Occupation. It was later completed by the Japanese. The park, being right on the coast, is great for enjoying cooling sea breezes. Although, as I said, we barely saw anybody on our walk to the park the park itself was quite busy. There were lots of families and groups of friends picnicking and enjoying themselves. I noticed some very cool climbing frames in the children's play areas, including a huge one that resembled a warship, if only I were a few years younger! I also noticed a petanque court, possibly the only one I've ever seen in Singapore, memories of a trip to France a couple of years ago for our friends wedding came flooding back at that point.

I have to admit that whilst there may be a lot of historical (particularly naval) interest in the area I wasn't blown away by the park itself. It was nice to visit a different area but unless I lived there I doubt I'd look to go back. One nice fact I've learnt since my visit is that Sembawang beach (you can see some of it in my photo above) is one of only a few natural sandy beaches remaining in Singapore. Whilst it may not be extensive it makes a nice change from the artificial ones we all know on Sentosa and it was great to see people enjoying it that Sunday afternoon.


As I said whilst I may not choose to return if I'm ever back in Singapore it made for a pleasant afternoon out. As a final place to visit before leaving it was great to go to a completely different part of the island and see what it had to offer and maybe, if I had the chance, the area really needs further exploring.