Having caught up with the new stations on the second part of the Downtown line I'm back to 'k' in my Red Dot Roaming series with a trip to Kranji MRT to visit the Kranji War Cemetery and Memorial.

The cemetery is the final resting place of the Allied soldiers who died during the Battle of Singapore and the subsequent Japanese Occupation as well as those who died in other parts of South East Asia during World War II. Before the war the Kranji area was a military camp when Singapore fell the Japanese turned it into a prisoner-of-war camp. When the war ended it was decided that this spot would be designated as Singapore's war cemetery and the small cemetery already there, which had been started by the prisoners-of-war, was further developed. In time other war graves from Buona Vista, Changi and other places in Singapore were removed and re-interred at Kranji. In addition there are also a number of memorials at the cemetery with the largest being the Kranji War Memorial with the names of all those from the Air Force, Army and Navy who died but for whom no remains could be identified. 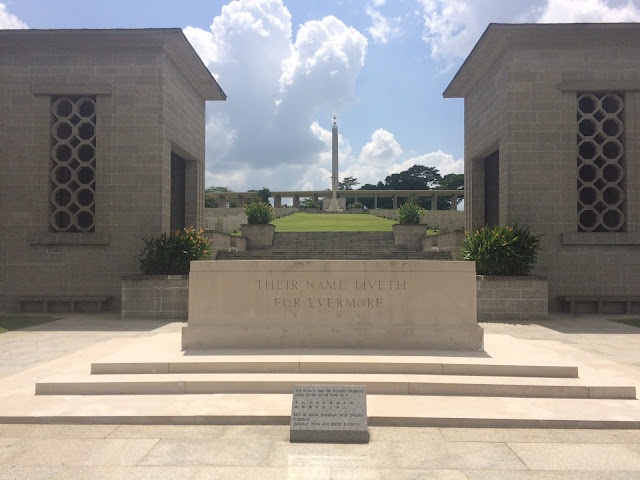 The cemetery is just a short walk from the MRT station with the approach being up a quiet road which reminded me a little of an English country lane with the high leafy hedges. I've been to a few similar war cemeteries in northern France and Belgium and all of them have an air of peacefulness and calm to them, Kranji was no exception to this. There were only a couple of other people there and although the view from the top of the cemetery showed the typical view of developed Singapore and we were only a short walk from a major road, there was nothing really to hear here asides from bird song on the breeze. 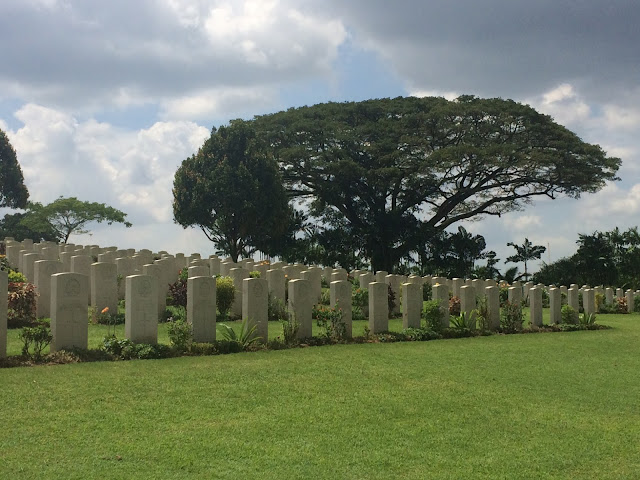 The sight of row upon row of white war graves is always a little heart wrenching, seeing the ages of those who gave their lives is also difficult. It is though, I think, important to visit such places and to take time to remember those who gave up so much for their generation and future ones. We probably spent around half an hour or so there looking at the memorials and just some of the many names from various countries and their regiments, reflecting quietly on that period of history. 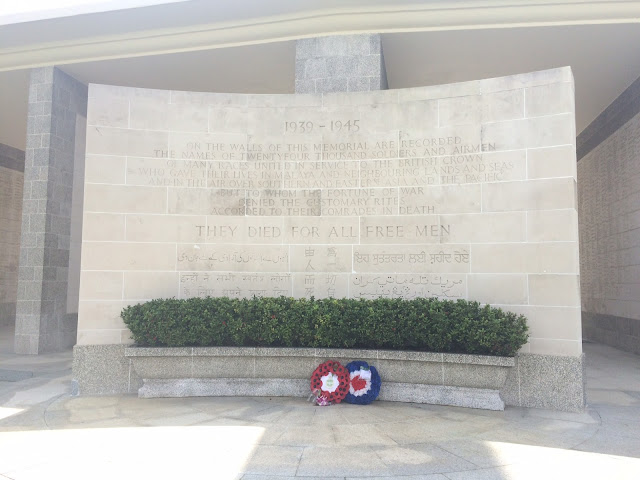 The Kranji War Cemetery is maintained by the Commonwealth War Graves Commission (CWGC), if you would like further information their website is, www.cwgc.org


Kranji MRT is on the North South Line (NS7).

If you missed any of my previous Red Dot Roaming posts, check them out here!