I'm currently playing a form of catch up with my Red Dot Roaming and posting some 'out of alphabetical sync' blog posts due to the opening of the second section of the Downtown Line last December. With that in mind then my next stop was Hillview MRT and a visit to the Singapore Quarry.

The Singapore Quarry, just like the former quarries at Bukit Batok Town Park and Hindhede Nature Park, was also a one time granite quarry, that has now been turned into a wetland habitat. Quarrying activities actually continued there until the late 1980s. Once quarrying stopped the huge crater was allowed to fill up with ground and rain water forming the lake that you can now view. Getting there from Hillview MRT is very simple, just head towards the nearby Rail Mall and then to Jalan Asas just behind it. If you follow the road around you'll find a children's play area and in the corner an entrance to the track going towards the Singapore quarry and other routes.


As always there was a very helpful sign once we were on the tracks directing us on the short walk to the quarry. Just like Hindhede Nature Park the Singapore Quarry is right besides Bukit Timah Nature Reserve. I don't know if ordinarily you can access the nature reserve from here but at the moment, due to the renovations taking place, you can only access Bukit Timah Nature Reserve from the Hindhede Nature Park and only on weekends.

The walk to the quarry did not take us long and was on a well laid out road, so easily accessible to all. When we arrived at the quarry, just as at the Hindhede Nature Park, there was one viewing point giving some information about the history of the quarry and the wildlife it was now possible to spot there. Despite us visiting on a public holiday we were practically the only people there so it was lovely to just sit and enjoy the peace and solitude for a little while. 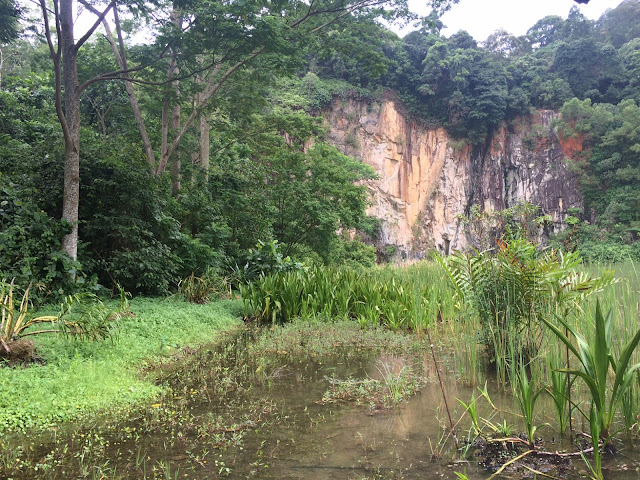 On leaving the views of the quarry and walking back the way we had came we spotted another trail for mountain bikes. We did have a bit of a look but spotted a sign advising it was only for the use of mountain bikers and also that the route was not exactly designed for walking on. We left that and instead walked back past the entrance from Jalan Asas and on towards the Dairy Farm Nature Park and the MOE Dairy Farm Adventure Centre.

The route was once again a well laid out road, I guess because the adventure centre was further along so it would need to be accessible to vehicles, but devoid of pretty much anyone else but us. Our walk eventually brought us back around to Upper Bukit Timah Road and on to the MRT station but not before I passed this set of old steps up the side of the bank. 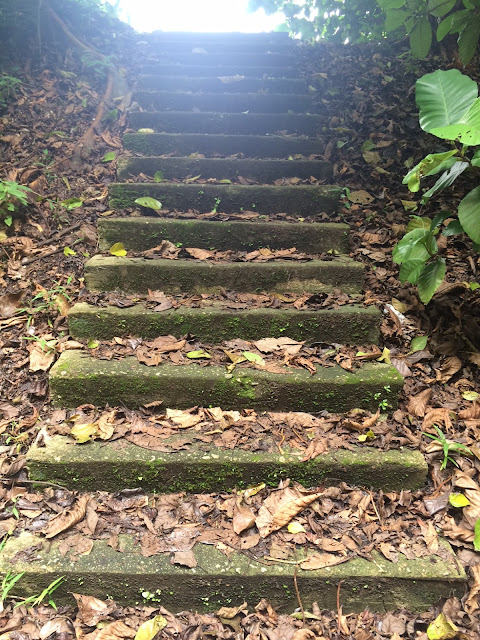 As with the Hindhede Nature Park this is not a particularly challenging walk so suitable all. It is also not that long a walk so can be easily enjoyed without giving up a lot of time. What is nice though is that it seems to be relatively undiscovered so provides a pleasant sanctuary for just a little while.

Hillview MRT is on the Downtown Line (DT3).

If you missed any of my previous Red Dot Roaming posts, check them out here!