After an interesting first day exploring Ho Chi Minh's mausoleum etc and in-between stuffing our faces full of good food we still had plenty of exploring of the city to do before moving on to our next stop, Halong Bay.

One of the first things we did was buy tickets for the water puppet show which several people had told us was a must see during our visit. Hanoi is also apparently the place to see one of these shows too. The theatre we chose was just a short walk from our hotel so we booked to do this in the evening after our explore of the mausoleum. There are several theatres giving these performances but we went to the Thang Long water puppet theatre. The place was packed out with both locals and tourists and although you buy tickets, either in advance or on the door, there are no allocated seats so get there prompt to ensure a good view!

The water puppet shows are a tradition that dates from the 11th Century. As the name suggests there is water involved, the show being performed in a waist deep pool. The puppeteers are hidden behind a screen and control the puppets via long rods, giving the allusion that the puppets are moving on the top of the water. This type of puppetry came about when villagers would entertain each other when the rice fields flooded. The water acts as a stage for the puppets as well as a symbolic link to the rice harvest. The puppetry is accompanied by a traditional Vietnamese orchestra and the singers perform songs which tell the story being acted out by the puppets.

We were given a programme for the evening and got to enjoy fourteen performances that had been selected from a repertoire of 400! A lot of the stories come from Vietnamese folklore and centre on day to day life with stories of the harvest and fishing amongst many more.  The performances follow straight on from each other and apart from a couple that got a little confusing I was able to identify each performance from the visual performances despite not understanding any of the words being sung or spoken. It was fun and quite a different way to spend our evening. 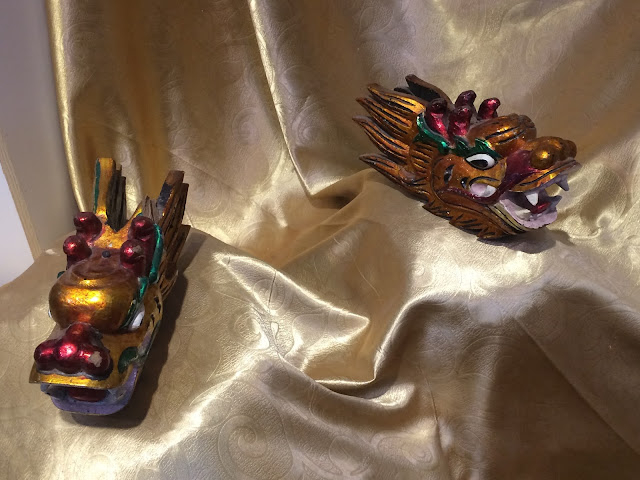 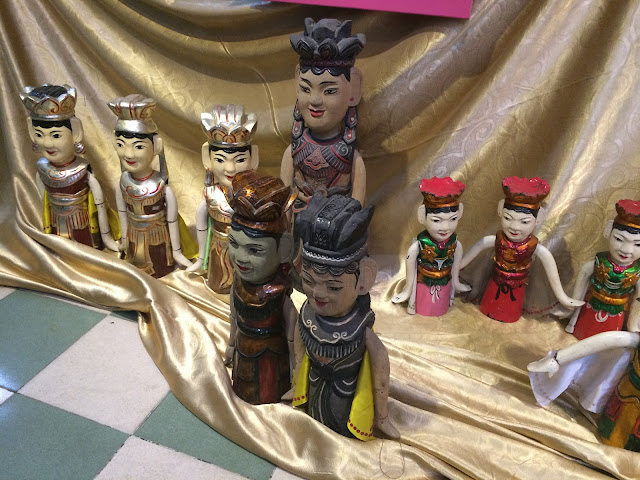 Our couple of days in Hanoi gave us the chance to explore a few of the city's other famous landmarks. One place we decided to take a look at was Hanoi's Botanic Gardens, whilst not quite in the same league as Singapore's or Kew Gardens it was nonetheless pleasant enough to kill a little time in. It is quite a drive from the centre (we got a cab) and I'm not sure you would want to spend hours there but it did also give us the opportunity to then walk back via the Tran Quoc pagoda on the West Lake. For me though the main thing really spoiling the gardens were the cages with monkeys and peacocks in. It would have been far nicer to see the peacocks and monkeys roaming freely in the park. 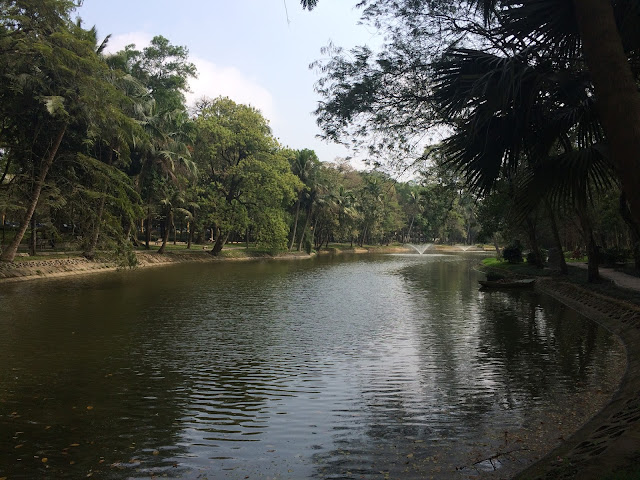 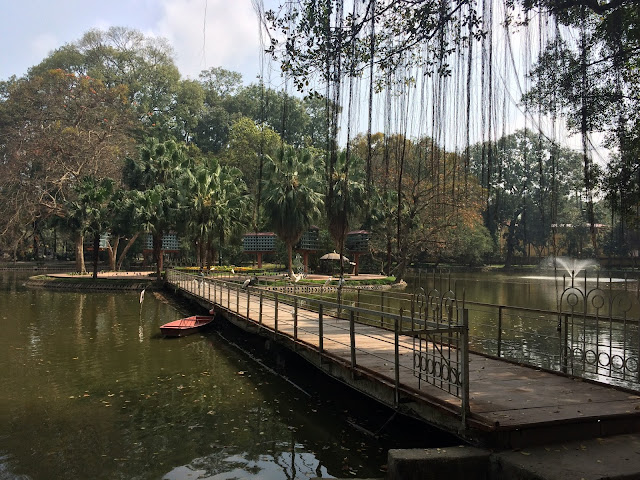 As I said from the, slightly underwhelming, Botanic Gardens we made our way back to the centre walking past the huge West Lake. Take a look at my photo below, it is a simply massive lake! We stopped in a place for coffee, a breather, a bit of wifi and watched the world go by for a while before carrying on to the Tran Quoc pagoda.

The Tran Quoc pagoda is the oldest pagoda in the city. It was originally constructed in the 6th Century during the reign of Emperor Ly Nam De who reigned from 544 to 548. The pagoda was originally constructed on the shores of the Red River but was moved to the West Lake in 1615. When we visited there were a lot of people making offerings, burning incense and saying prayers. It was lovely to observe just a little of that too as we took in the beauty of this ancient pagoda.

Back nearer the city centre and we found ourselves near the Hoan Kiem Lake on several occasions throughout our couple of days in the city. As we walked around it you can see a small tower on an island in the lake. This is the Thap Rua Tower or Tortoise Tower. It looked like a beautiful tower on an isolated little island which I admit I would have loved to have been able to go across to and visit.

I've since learnt that it was built in 1886 on a site where a temple had once stood and at some point previously had been destroyed. This tower was built to commemorate a warrior called Le Loi born in 1384 and the impact he had on Vietnam.The story goes that whilst he was growing up he witnessed many atrocities committed against the Vietnamese people by the Ming Chinese who occupied Vietnam at that time and that he vowed to free his people. Eventually in 1426 a battle took place at Tot Dong to decide the outcome of this rebellion. This battle resulted in the Vietnamese being successful in capturing and executing the Chinese General and luring the Chinese forces into Hanoi where a trap had been laid. Instrumental in all of this was Le Loi and the use of his mystical sword which it is said he received from the Dragon King in his underwater palace. The sword was said to have given Le Loi great power and strength and also increased his physical stature when he used it. The lake that the tower stands on is called Hoan Kiem Lake which means Lake of the Returned Sword. It is called this because this is the lake where the Dragon King reclaimed his sword after Le Loi's victory. Legend says that Le Loi was in a boat on the river when a turtle came out of the water and took back the sword and despite Le Loi's best efforts the sword was never found. Le Loi determined that the turtle must have been sent on the Dragon King's behalf to retrieve the sword and he renamed the lake, Hoan Kiem Lake. The tower therefore stands in honour of what Le Loi did for the Vietnamese people and has stood since as a symbol of patriotic pride for the people of Hanoi.

Our time in Hanoi would not have been complete without a visit to the very European looking St Joseph's cathedral, built in the late 19th century it is quite spectacular up close and dominates the small streets in its vicinity. The architectural design is said to resemble the Notre Dame in Paris, hardly surprising I guess. It was one of the first structures built by the French colonial government in Indochina when it was opened in 1886 and is the oldest church in Hanoi. We were able to go inside during our visit with the interior being a peaceful retreat from the bustle of Hanoi's busy streets.

Whilst we did not go inside we also stopped by the Hanoi Opera House, enjoying a Vietnamese coffee in a nearby cafe. Another legacy from the French colonial government built between 1901 and 1911. It certainly is a beautiful building! Today it seems to be in the centre of the hustle of busy traffic going to and fro but definitely stands out as a real landmark of the city.


All to soon our time in Hanoi was over and it was time to head off for the next stop on our Vietnam adventure. Hanoi was busy and certainly a lot crazier than the likes of Singapore but it is somewhere I would happily return to if the opportunity ever arose.