After spending the first part of our summer break in the north of the UK we headed south for the final part to Kent to spend some time with my family.  There was lots of catching up with family and friends but also a little time for some days out too.  One such day was spent at Dover castle a great place to visit and one I haven't been to for a very long time.  We were lucky to have the most amazing weather for our visit, a truly beautiful British summer day with glorious sunshine and blue skies. The last time I visited it was raining and blowing a gale, Dover castle is pretty exposed so that really wasn't so much fun! 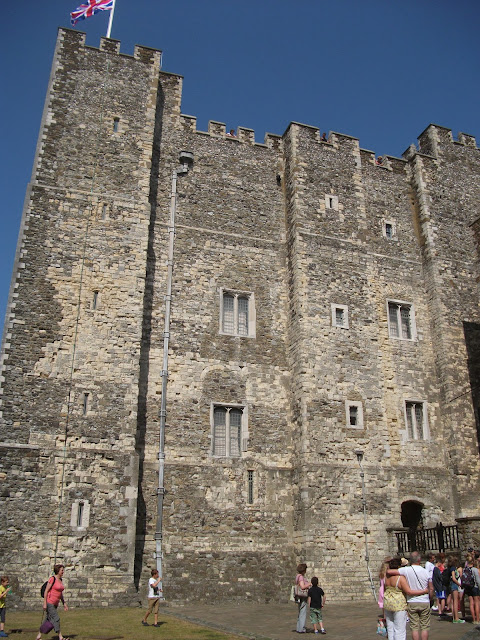 On arrival we headed straight for the medieval castle which is the largest in England.  It was built in the 12th century (prior to this an Iron Age hill fort stood on the site) and has had defensive significance throughout its history due to its position on the top of the famous white cliffs of Dover.  We firstly went into the Great Tower (featured in my photos) to look at the displays about the history of the castle and what medieval life would have been like.  There are lots of recreations and props showing what the kitchens and Great Hall would have looked like. 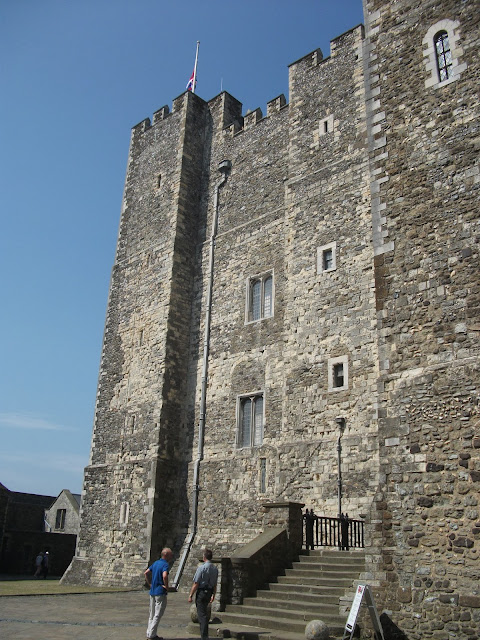 At the top of the Great Tower you are able to go out on to the roof and take in some great views.  Unfortunately on the day we visited it was very hazy despite the weather being beautiful. You can see in my photos below just how hazy the ferries coming into and leaving Dover look, definitely no chance of catching a glimpse of France across the English Channel that day! Nevertheless though we got to see some lovely views of the Kent countryside and the town of Dover stretching out below us and feel the warm sunshine on our faces.  Afterwards we then visited an exhibition about Henry II, the King who built Dover castle and learnt about the empire he built and another museum dedicated to the Princess of Wales's Royal Regiment.

I'm not sure how old I was the last time I went to Dover castle I'm not sure I was even in my teens but I'm pretty sure at that point you could not visit the tunnels that have played such a crucial role in various points in the castle's history.  The tunnels actually date from Napoleonic times and were originally dug to be used as barracks and storerooms for the troops and their equipment. At the end of the Napoleonic wars the tunnels were partly converted to be used in the fight against smuggling but this was only for a short while and in 1827 the tunnels were abandoned.

The tunnels remained abandoned until the outbreak of the Second World War when, in 1939 they were converted firstly into an air raid shelter and then into a military command centre and underground hospital.  It was from these tunnels that the evacuation of British and French troops from Dunkirk (Operation Dynamo) was directed.  Later in their history it was also planned that they would be used as a shelter for Government in the event of a nuclear attack but this plan was eventually abandoned. 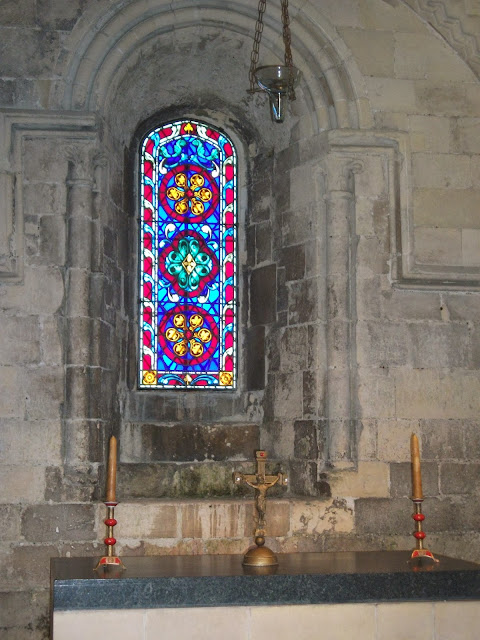 Back though to their use during the Second World War.  A visit to Dover castle now has to include visiting the two tunnel exhibits and despite the queueing to go down into the tunnels (only so many are allowed down with each guide) it is well worth it.  We firstly queued to go into the underground hospital tunnel complex.  As we walked through we got to see the tunnels recreated to look as they would have done during the war and followed the story of a injured pilot brought to the hospital for life saving treatment.  The exhibition is excellently presented with both visual and recording effects.  I can never appreciate what it was really like down there in war time but this certainly gives me some idea.

Our guide was also very good, full of interesting facts and very engaging.  At one point of the tour the tunnel we had walked down continued further on before us but our tour took us through a door to the right.  As our guide finished speaking and we turned to follow him I noticed a man in uniform standing at the end of the tunnel who glanced at his watch as I looked at him.  He hadn't been there earlier and although I suspect it was a projection on to the wall designed to only be spotted by the observant few our guide was excellent at not giving anything away.  Only myself and my one stepson had noticed him or at least we were the only two to say we had after my stepson commented shortly afterwards that he'd seen a man standing at the end of the tunnel we'd just been in.  The guide's reaction was perfect leaving it to us to decide what we'd seen.  Later in the tour we actually passed through the end of the corridor where this man had been standing before but stupidly I forgot to look and see if there was anything obvious to confirm it was just a projection. Who knows .... what do you think? 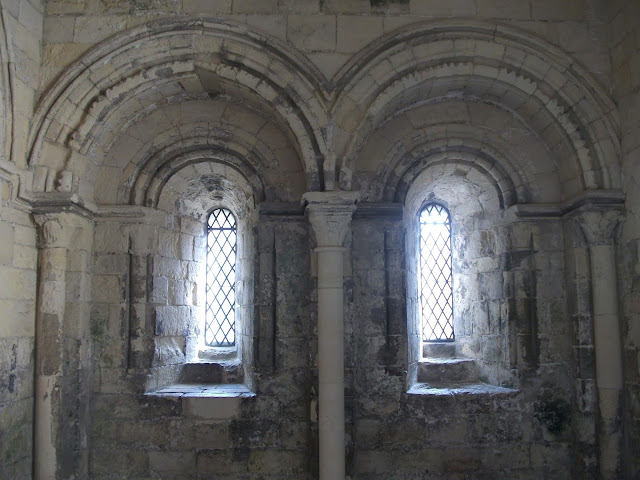 After exploring the underground hospital tunnels we then went into the tunnels in the photo below to see the Operation Dynamo exhibit.  Again you have to queue as only so many are allowed in the tunnels at one time with the guide but it is worth it.  We weren't waiting too long either considering it was a lovely day and it was the school summer holidays (plus the Friday before a public holiday), so in theory a potentially very busy day to be visiting.

This exhibit was slightly different to the underground hospital this one took us through the story of the whole operation and how the rescue was engineered rather than following an individuals story.  Again though it was full of visual and sound effects and very informative.  As well as the Operation Dynamo exhibit we also got to see a number of rooms within the tunnels as they would have looked during their use in the war including a telephone exchange and several others.  I love this type of history and seeing old wartime posters on the wall, items arranged as they likely were in war time etc. was a thrill for me.

The whole day was not cheap but well worth the money considering all we got to see.  If it had just been the castle I would have felt a bit disappointed but the access to the tunnels and the exhibits in them really made it a worthwhile visit, it also easily filled a whole day.  It is well worth a visit if you find yourself in that part of Kent.
Email Post
Labels: castle Dover exhibitions history Kent photos places to visit things to see travel trips UK World War II
Location: Castle Hill Road, Dover, Kent CT16, UK