Somewhere I was determined to get to before we left Singapore was Coney Island or Pulau Serangoon as it is also known. So we earmarked a day and headed over there. We decided to get there by firstly revisiting a Red Dot Roaming walk that we'd done previously and entering Coney Island via this route, making our walk just a little longer too. We took the MRT to Punggol and then got the LRT to Kadaloor and from there followed the Punggol Promenade Nature Walk around to the furthest entry point on to Coney Island near the Punggol Settlement, our intention being to walk the island and exit it at the other entrance point. When we first visited that area Coney Island was still in the process of being prepared for opening but we had seen it from our walk along the coast so knew this was one way of getting there.

As planned we followed our previous route until we reached the far entrance to Coney Island. Just a short walk across the previously locked up bridge and we were on the island and ready to explore it further. The island has one main path that runs straight across it more or less and then a number of side paths taking you to the small beaches and coves, picnic areas, mangroves and so on. You can choose whether to walk straight across or you can detour off the main path as much as you want. It is easy to follow the smaller side paths round and back to the main path again. The island is obviously very popular with cyclists (as I said we walked it which is also perfectly doable) and the main path is pretty well laid out with the side paths being a little more rustic. 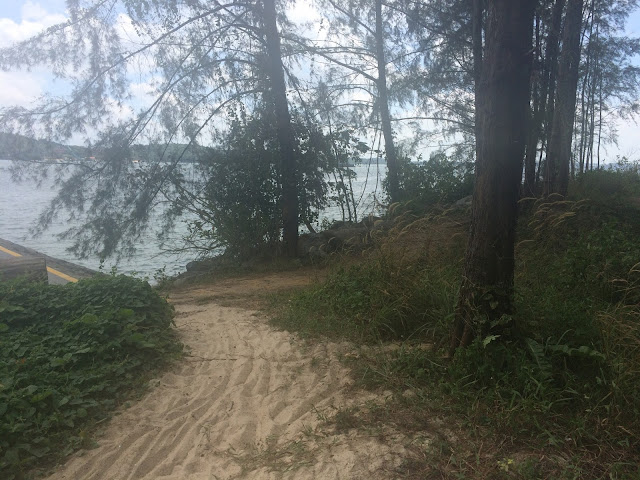 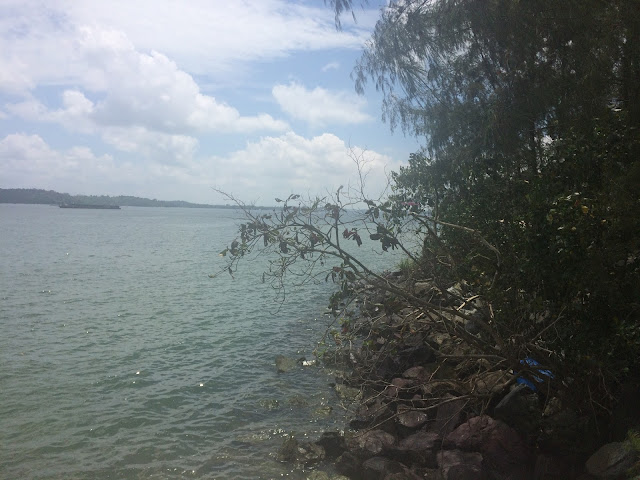 Despite having already walked a fair distance from Kadaloor LRT we decided we would explore as much of the island as we could and found ourselves wandering off on to almost every side path we stumbled upon. As I said the majority of small paths take you off to small beaches and picnic spots. Despite there being a lot of people on the island (we visited on a Sunday) it wasn't too crazy and if you'd got a picnic I'm sure you could have found a spot to enjoy yourself. I assume, unlike the beaches on Sentosa, that these are natural beaches rather than man-made.

There are warnings up at various points that the island has deliberately been left in a more rustic state and therefore to cover up and wear mosquito repellent, particularly around the beach areas. Personally, we didn't find it too bad but everyone has different levels of tolerance so go prepared if you are susceptible to insect bites. Also there are no refreshment facilities on the island so go prepared with water etc. There are toilets at the first entrance to the island near the Lorong Halus Wetland and some shelters as well as tree cover in places. There are also a number of hides dotted around for those keen on doing some bird watching on the island.


I don't think anyone can have failed to heard about the infamous cow who is resident on the island. Unfortunately, and perhaps not surprisingly we didn't catch a glimpse of it. I imagine there were just too many people around. Also there is a lot of forest cover (remember the island has been left in a rustic state) so I guess it's very easy for the cow to hide up. Apparently there are also wild boar on the island, there are signs up advising what you should do if you encounter the cow or the wild boar but we didn't see any of those either. Has anyone been lucky enough to catch sight of either on their visit?

Alongside the forested parts of the island there is also a boardwalk you can follow taking you through a mangrove area. The perfect way to explore this habitat without getting your feet wet! Before we visited I had also read about the abandoned beach villa on the island that at one time belonged to the Haw Par Brothers, those of Tiger Balm and Haw Par Villa fame. I love abandoned buildings but we didn't go looking for it as it is not safe and is also in a mangrove area subject to high tides. In case you are wondering the mangrove area you can walk through is not the same part of the island sadly. I just have to satisfy my interest in abandoned buildings by looking at these blog posts here and here.

As I said we opted to leave the island by the entrance/exit nearest to the Lorong Halus Wetland and from here we walked back past the wetlands towards Kadaloor LRT station. I really enjoyed our visit to Coney Island and am so pleased that I got to go there before we left. It's a great place to spend a day and get back to a more rustic side of Singapore.