Red Dot Roaming recently took us down to Harbourfront MRT to explore the Marang Trail and further on to the Henderson Waves. You can actually walk a lot further than we did that day if you wish, our walk makes up a part of the Southern Ridges which stretches between Kent Ridge park and Harbourfront, but we decided that might be worth saving for another time. Most likely approaching from the other side and walking towards the point that we reached on this walk .... watch this space! Conveniently, as well, that part of the walk also lines up nicely with MRT stations, more Red Dot Roaming for the future I think.

Anyway back to our walk from Harbourfront MRT. Leaving the MRT station are signs pointing you towards the trail and as long as you take the right exit the start of the trail is literally right outside of the station. For reference it starts on the opposite side of Telok Blangah Road from Vivocity.

The trail is not actually that long but is a reasonably steep climb up steps and sloping footpaths taking you into Mount Faber park and ultimately to the top of Mount Faber, so be prepared to get warm. Whilst researching our walk I'd noticed on a map an indication of graves on the trail which sparked my curiosity greatly. I find graves very interesting, as anyone who reads my blog regularly may have noticed and I wasn't disappointed, tucked away amongst the undergrowth was an old Malay grave. I've since read that there was a Malay kampong here called Kampong Marang. However I really don't know much more than this, does anybody know anything more about this area and the graves? I'd love to hear from you.

Walking on along the trail as we climbed higher we got some good views across to Sentosa and of the cable car. It didn't take long though to reach the top and enter Mount Faber park which is one of the oldest parks in Singapore. We actually visited Mount Faber not that long after we arrived in Singapore in 2010 and took a ride on the cable car over to Sentosa too but I'd not been back since then. It was interesting to approach it from a different point, last time we cheated and got a cab to the top, and good to revisit the park again which, as I mentioned, gives good views over the surrounding area. 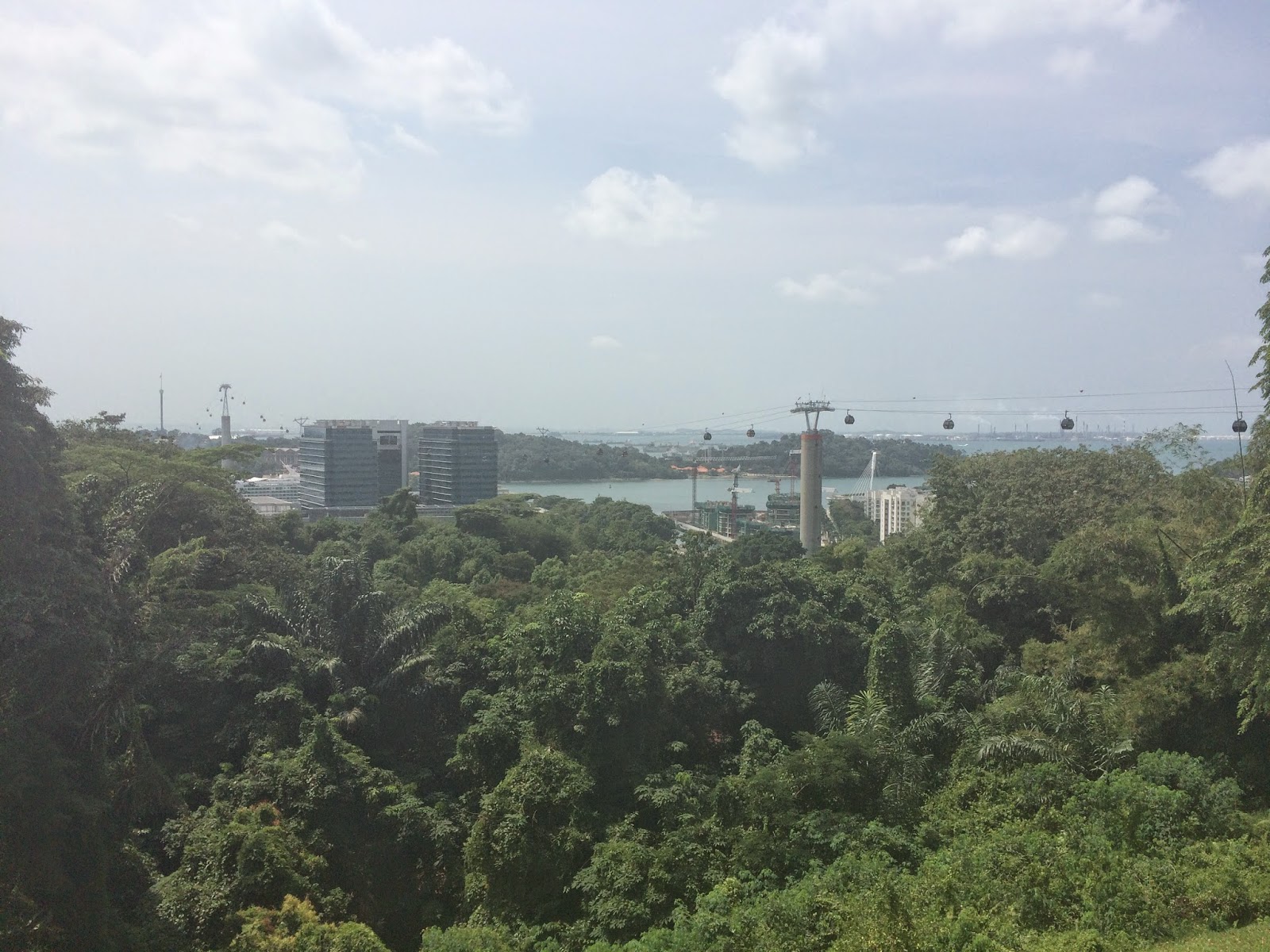 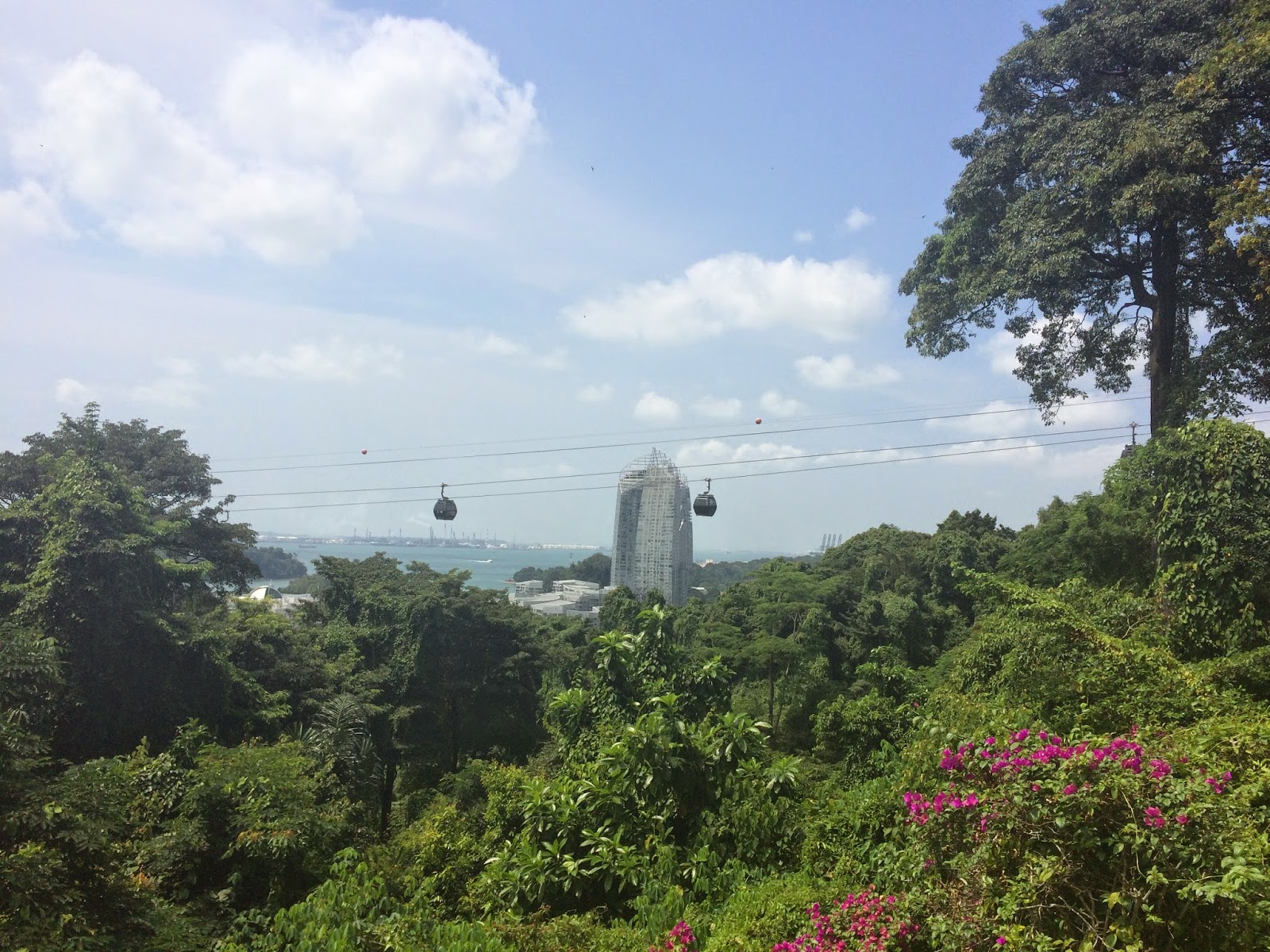 This time though our plans were to keep walking beyond Mount Faber park and on to the Henderson Waves which would take us into Telok Blangah Hill park. Whilst we walked on through Mount Faber park the route took us away from our views towards Sentosa and instead gave us great views across the city, looking towards the HDB blocks you can see in my photo below and the CBD in the distance. As with a lot of the walking I've done in Singapore the paths are carefully laid out and signposted, great for not getting lost and suitable for all the family to enjoy. 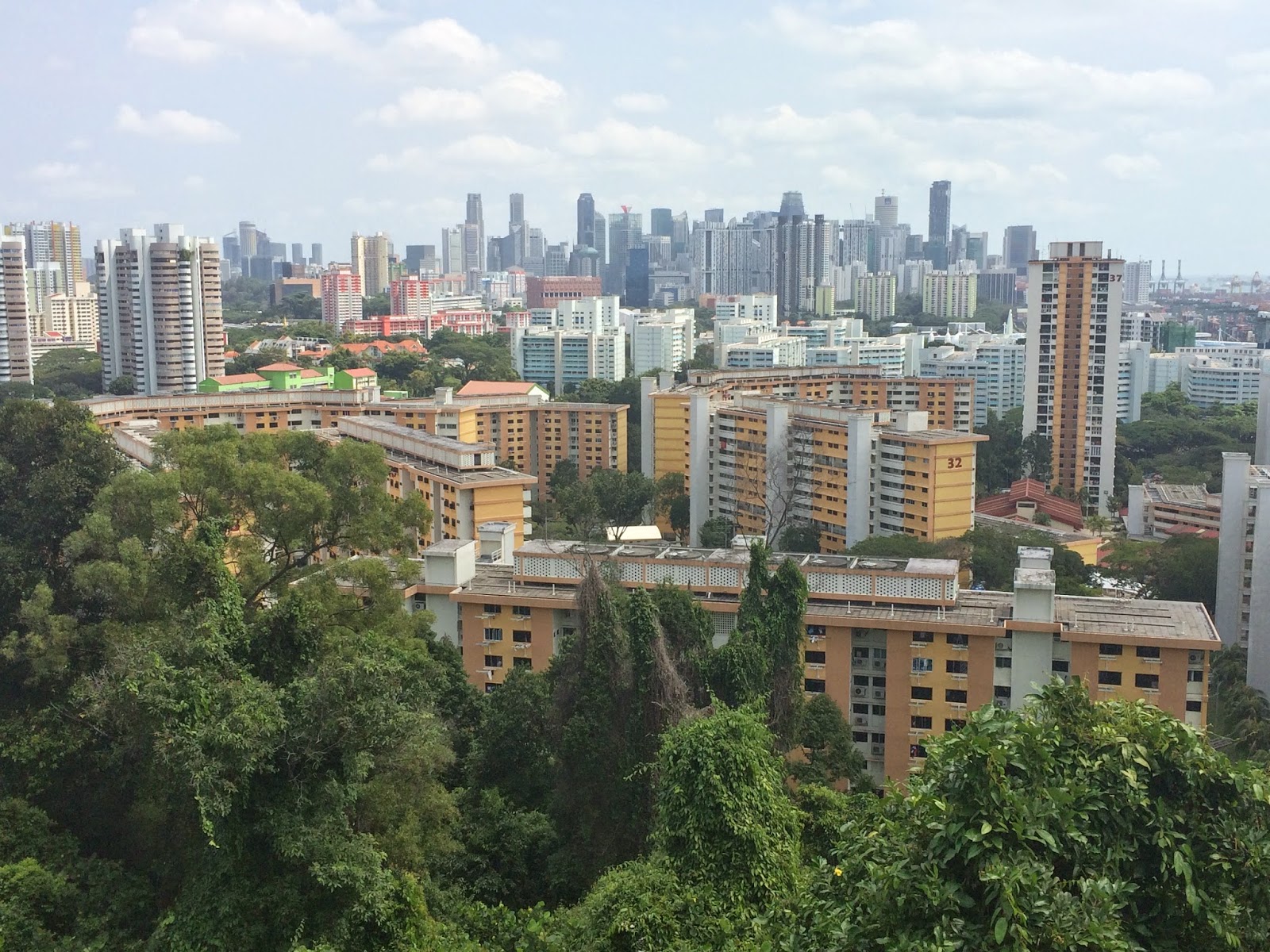 Soon enough we arrived at the entrance to the Henderson Waves. The Henderson Waves is actually a pedestrian bridge, the highest in Singapore at thirty-six metres. The bridge connects Mount Faber park and Telok Blangah hill park. The bridge gets its name because it has a wave format to it which rises up and below the deck that you walk on. These 'waves' provide shelter and rest points along the walk over the bridge. The views from the top of the bridge are also pretty good too, looking down on the busy Henderson Road below and across back towards the city. 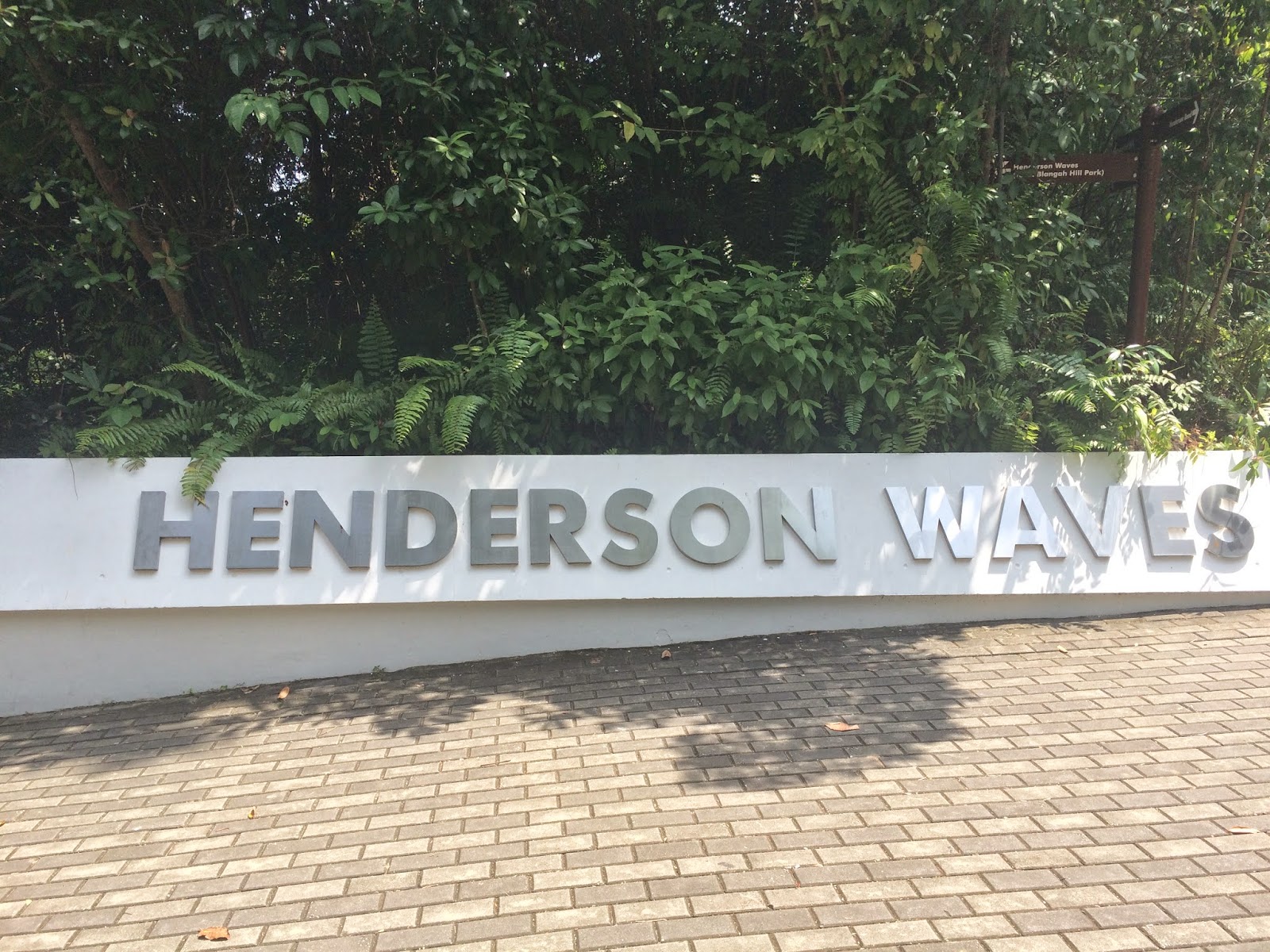 By the time we reached the other side and entered Telok Blangah hill park, which has been in existence since the early nineteenth century, we were starting to get a little tired from the hot sun. We wandered around a little bit more but really wanted somewhere just to rest for a while and refresh ourselves before deciding what to do next. As we walked around we fortunately stumbled upon the Alkaff mansion. The mansion is a beautiful colonial building built in 1918 by Syed Mohammed bin Abdul Rahman Alkaff. The Alkaff's were a family of traders whose ancestors had arrived in Singapore from Yemen in 1852. It was built as a retreat for the family and to entertain their guests and was well known for hosting high society parties in the 1930's. The property was acquired by the Singapore government in 1984 and after a period of disuse was eventually converted into a restaurant and eventually became an Italian restaurant in 2011.

I had previously heard of the place but wasn't sure it would really be suitable for what we wanted right at that point. However as we approached we discovered there was also a terrace area outdoors serving drinks and food in a relaxed environment. All we wanted was a cold drink and so we ended our exploring enjoying a refreshing drink in the shadow of the colonial bungalow. There were lots of families there doing the same or enjoying something to eat so this is clearly a popular spot to stop after a walk in the area.

We decided to end our walk for that day having been out in the heat of the day for a few hours. We promised ourselves we would complete the walk by starting from the other end of the Southern Ridges and make our way towards the mansion from that side at some point soon.