My latest Red Dot Roaming took me to Damai LRT station, OK it's not the MRT but it's close enough and very reminiscent of the Docklands Light Railway in London.  I went to the Damai LRT stop to visit the Punggol Waterway.  This was my first time to this area but I've been reading lots since that Punggol is fast becoming a popular spot on the island so maybe I'll be returning at some point to explore more.

The park though has four themes each catering to different users of the park.  These are the Nature Cove, Recreation Zone, Heritage Zone and Green Gallery.  I visited during the week and as, is often the case, when I do that there was barely a soul around.  The Punggol Waterway Park and My Waterway @ Punggol are joint agency projects between HDB and the National Parks.  Its aim being to turn Punggol town into a 'Waterfront Town' of the 21st Century.  Punggol was once a fishing village with pig and poultry farms and vegetable plantations.  The park therefore aims to make the most of what is left of this setting, combining some of what was already there with the new.  An interesting fact I've since learnt is that Punggol in Malay means, 'hurling sticks at the branches of fruit trees to bring them down to the ground'!  Quite impressive for one relatively short word. 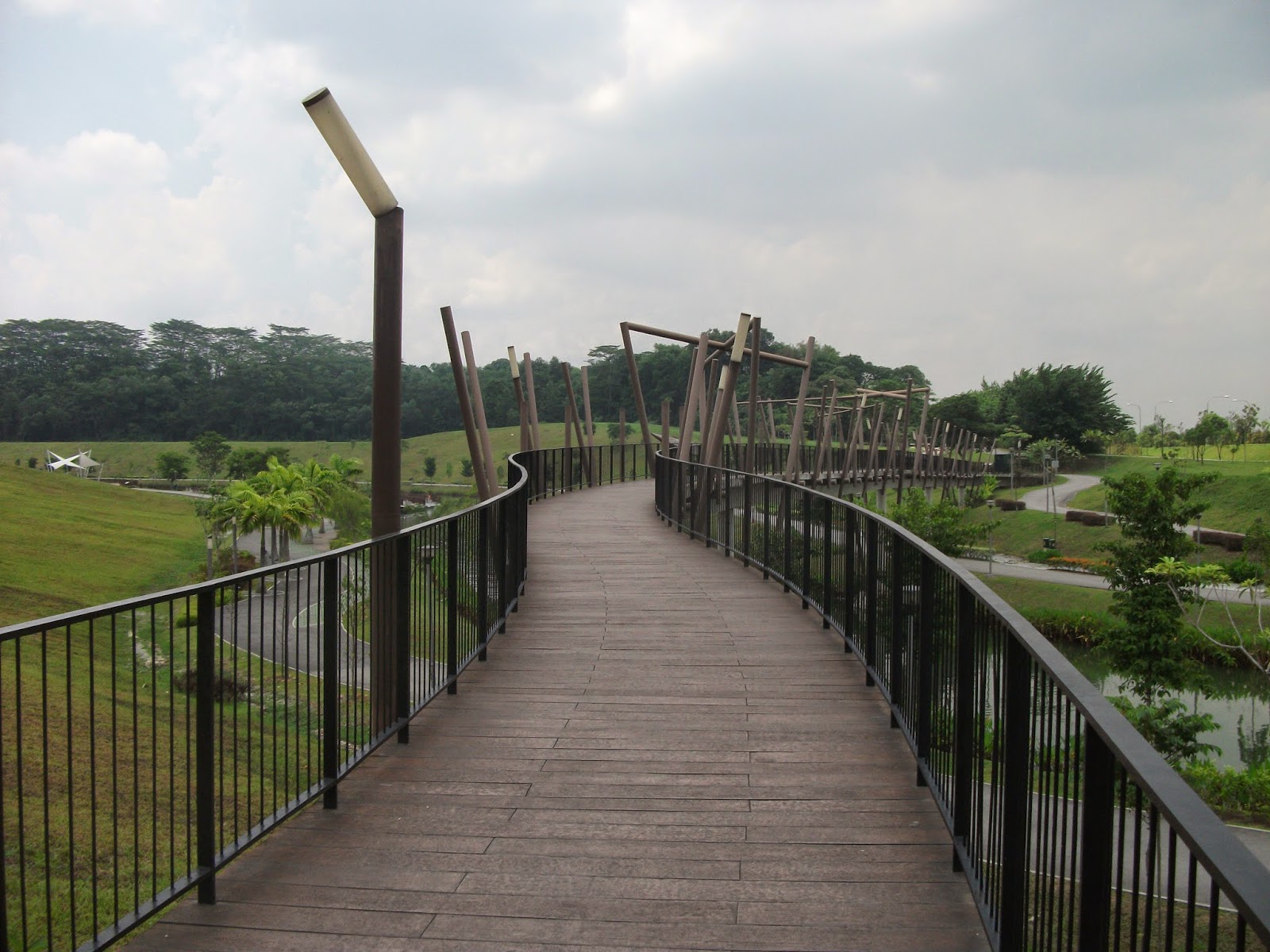 My exploring began in what is the Heritage Zone of the Waterway.  As I walked around it was clear this was once a road and there is even a disused bus stop with the old sign still there.  The wall has some information about some of the nature that inhabits the area as well.  I've learnt since that this was indeed a stretch of the old Punggol Road, so this is one part where the old and new can be seen to have been combined.  Being a bit of a history fan I think this is a nice touch to the park, but although there was some information about the history of the area I would have liked a little bit more. 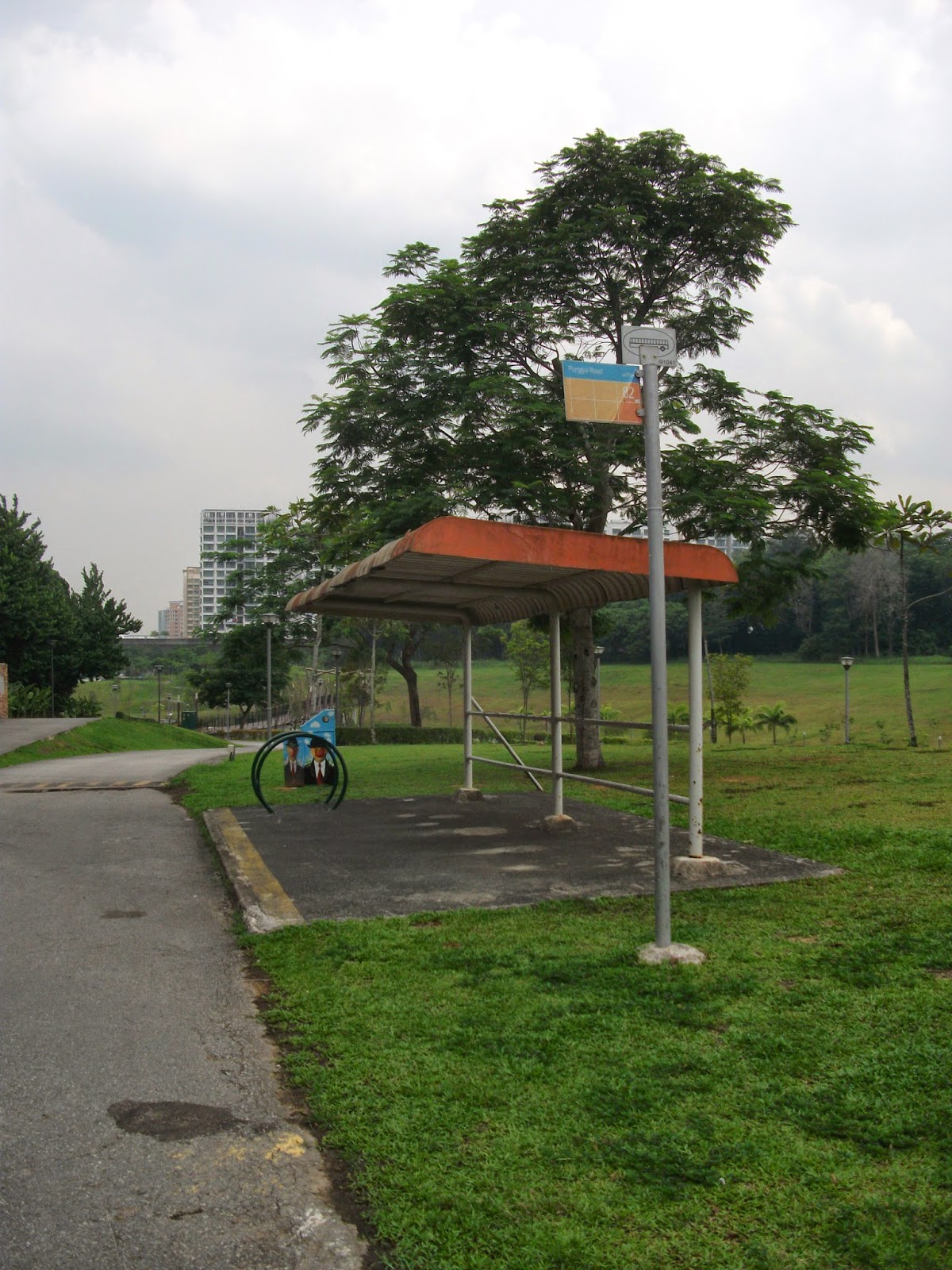 The old bus stop and shelter 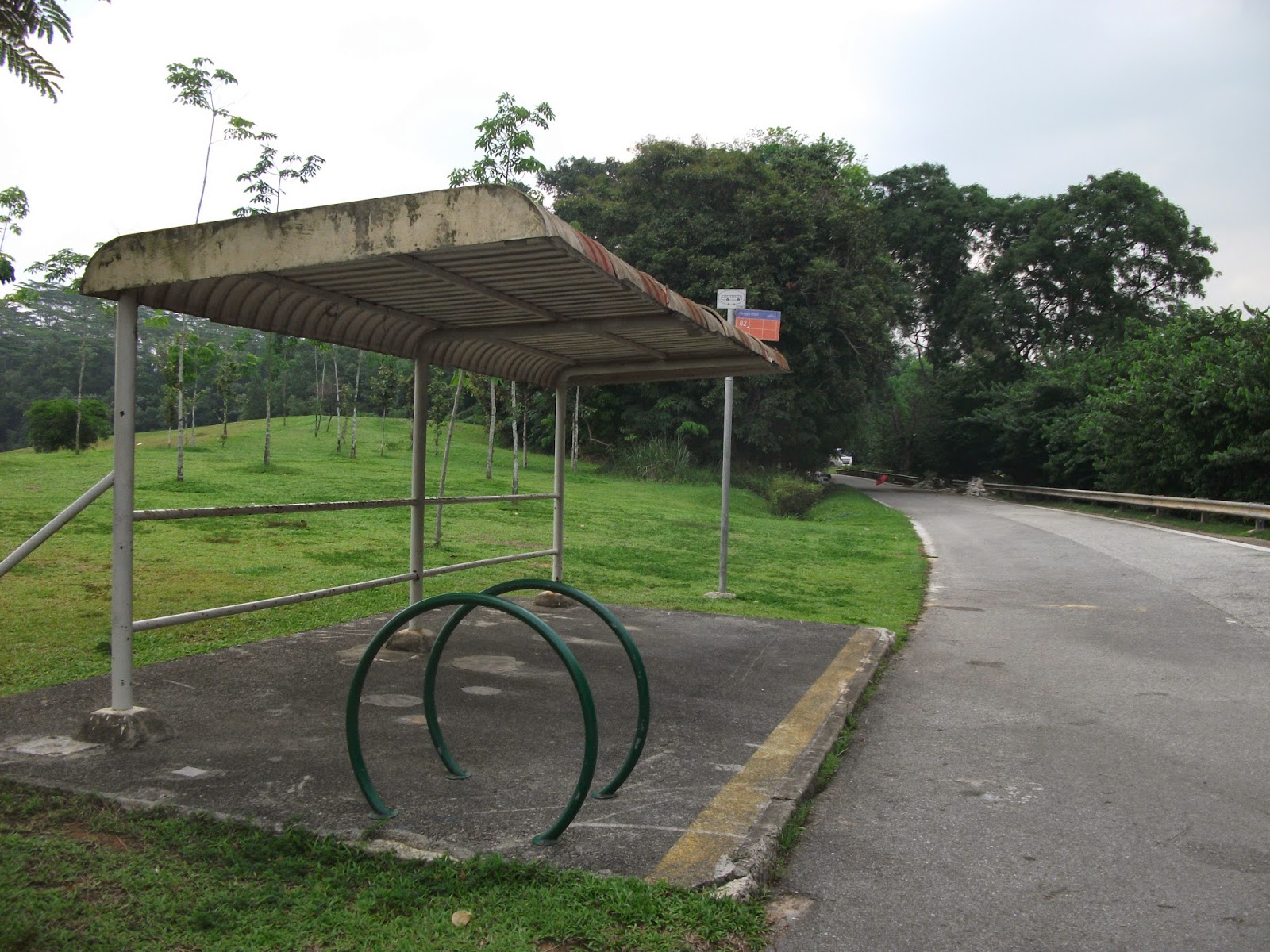 From the Heritage Zone I carried on walking along the river enjoying my peaceful afternoon stroll.  There are various bridges across the water allowing you to cross to either side at regular intervals.  I decided to walk on until I came to a convenient bridge at some stage, cross over and then walk back to the LRT station on the opposite bank.

There aren't loads of different things to see along the way but nonetheless it's a pleasant place to go for a walk.  My walk did take me underneath railway lines which from subsequent investigation appear to be part of the Punggol LRT line not yet open due to insufficient development in the area.  When they are eventually opened I imagine the lines will provide some great views across the waterway and surrounding area.

As my walk took me back towards the road and the LRT station I passed the Watersports Promenade with a boardwalk extending right out into the water.  You can see this in one of the photos further down in the post.  As I said there was hardly a soul around when I was there, I guess it is much busier on weekends!  One other thing that caught my attention on my walk were some fabulously decorated rubbish bins, making a pleasant change from just the regular bins you see in most places. 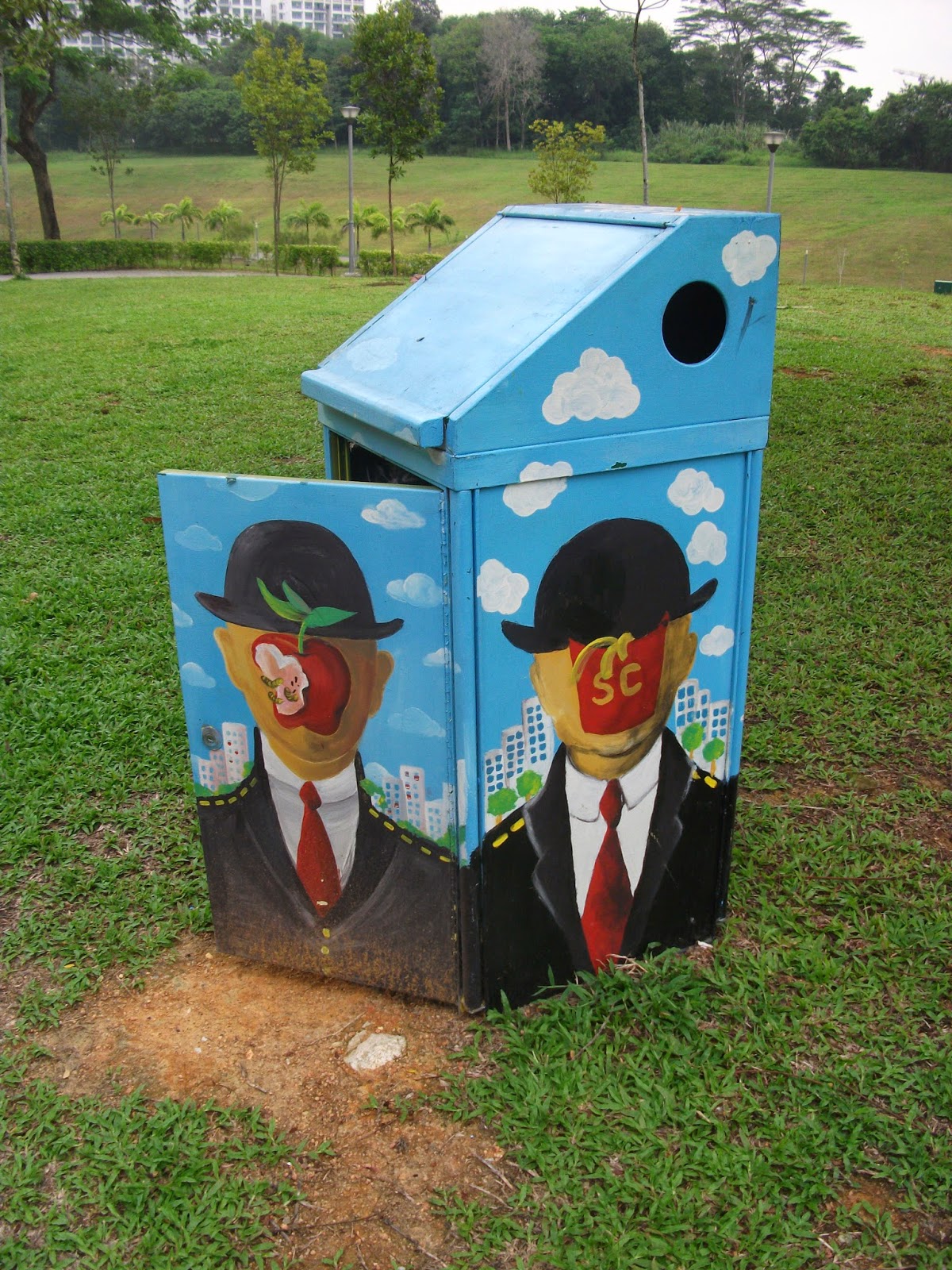 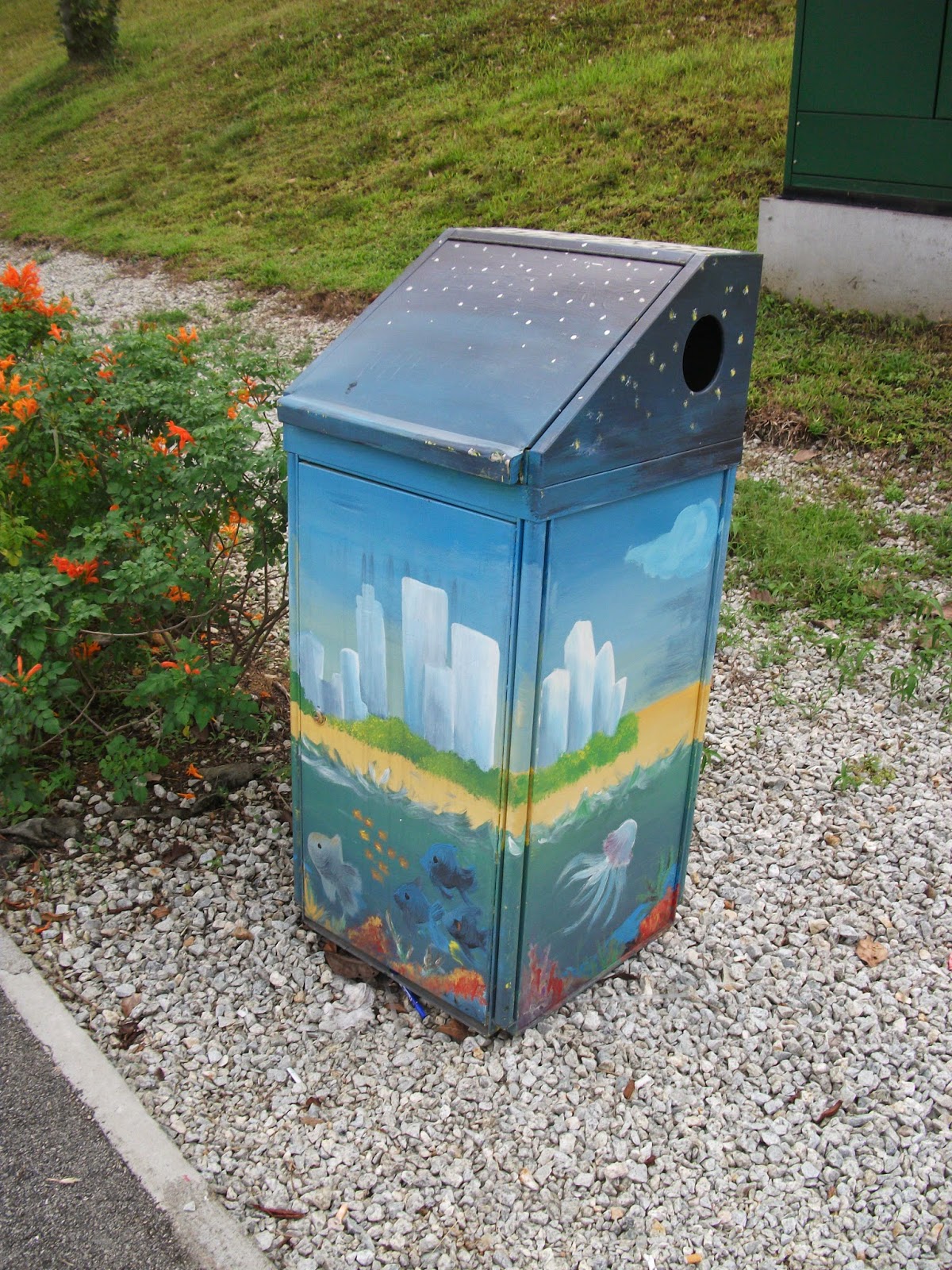 I enjoyed my afternoon walking around the Punggol Waterway.  From what I've read since it certainly seems like a lot more is being done to make this whole area a 'go to' spot.  The old of the old Punggol Road mixed in with the new is a nice aspect to the park in my opinion.  A pleasant spot to visit if you happen to be in the area. 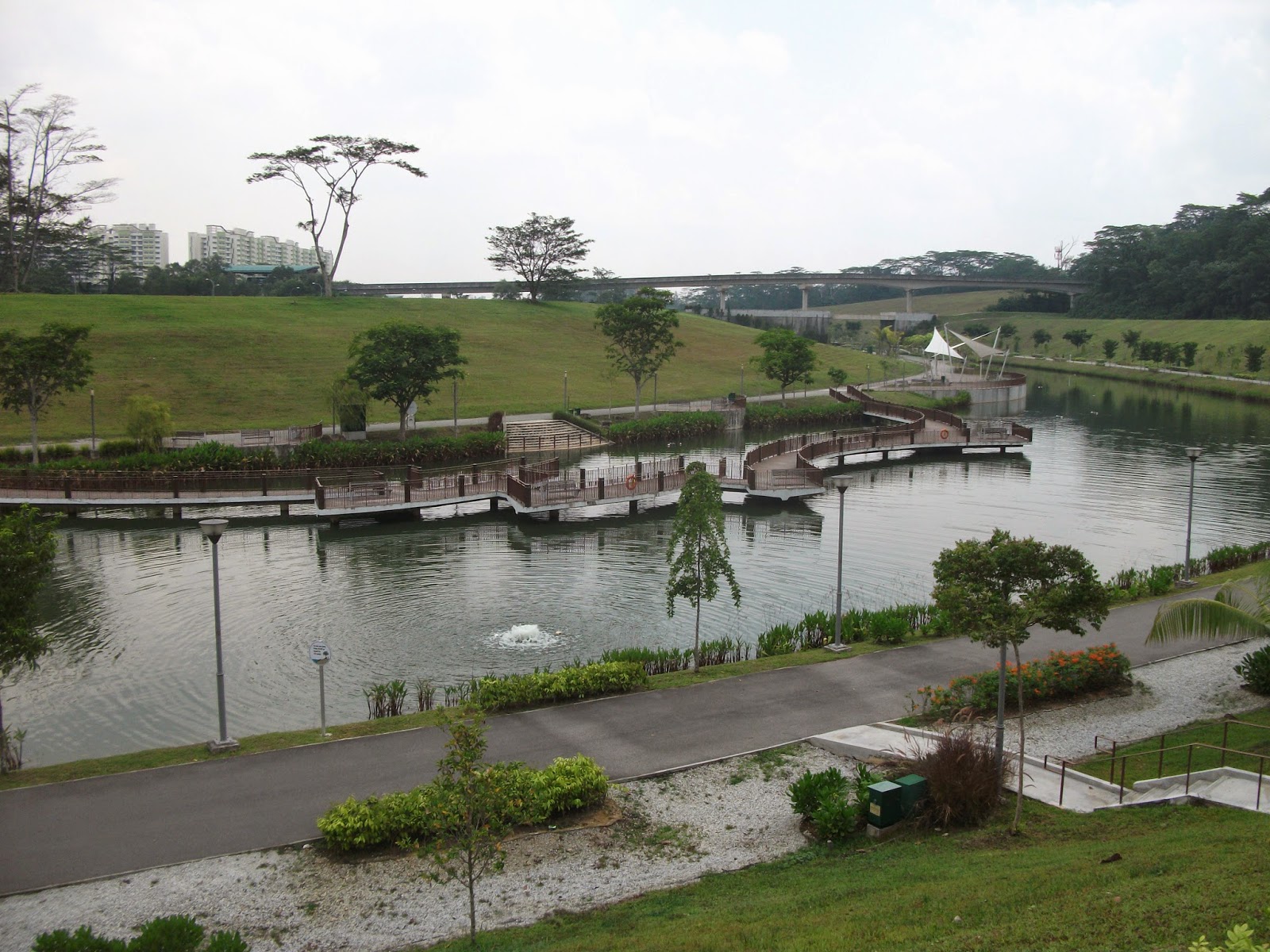 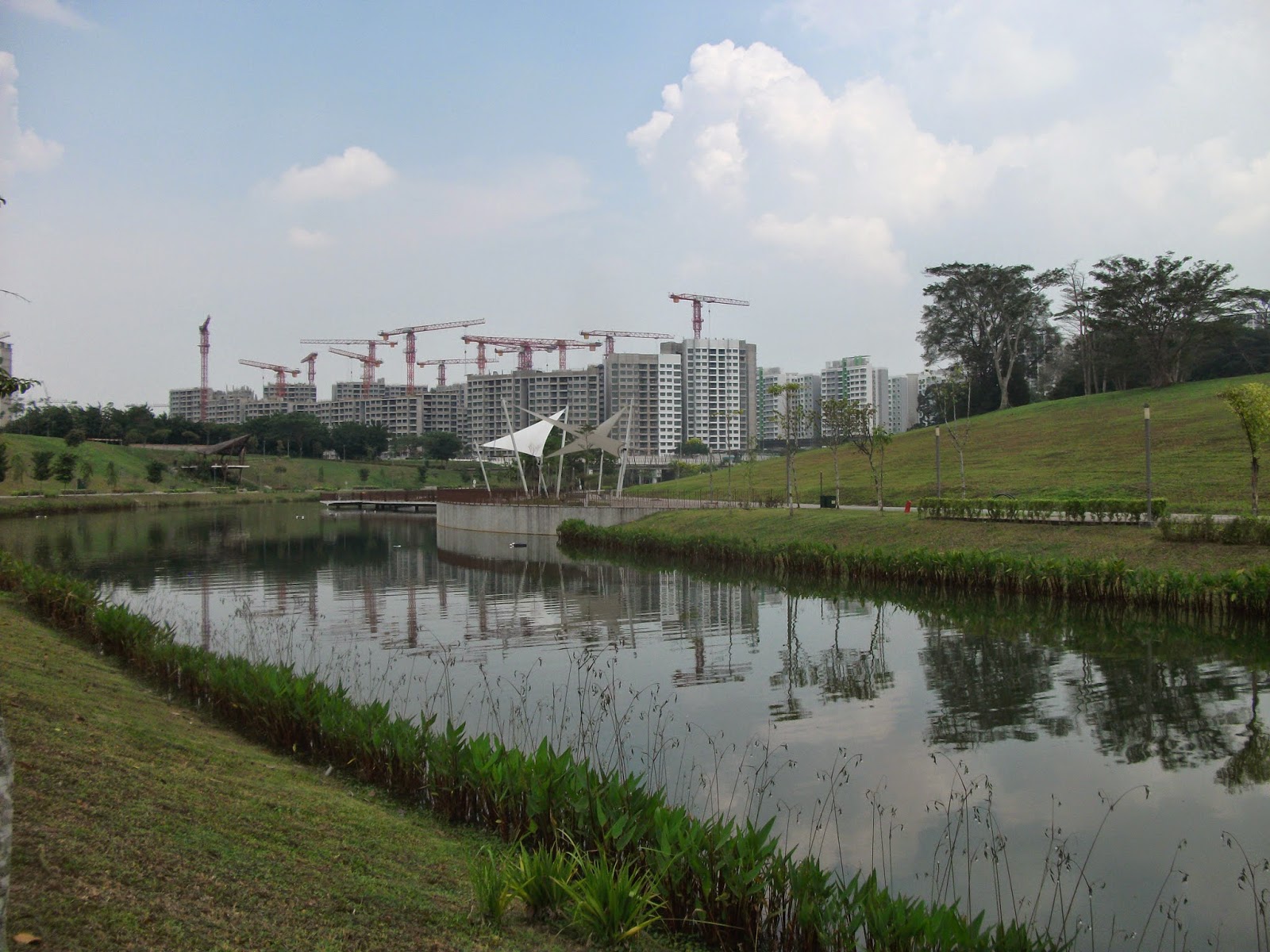 Damai LRT (PE7) is on the Punggol LRT line.  It can be accessed via Punggol MRT on the North East line (NE17).  If you missed any of my previous Red Dot Roaming posts check them out here.

UPDATE - April 2015 - since visiting the Punggol Waterway I've also covered some other parts of the larger North Eastern Riverine Loop through my Red Dot Roaming adventures. Check out my post specifically about the Sengkang Riverside Park and keep your eyes peeled for more that I already have planned for the future.