A Rendezvous under the Supertrees

This year Gardens by the Bay are hosting a series of floral displays to the theme of, 'Gardens by the Bay Goes around the World'.  So far displays have included the English themed, 'War of the Roses' and the Dutch themed, 'Tulipmania'.  The latest display is the French themed, 'French Faire' which is on now at the Flower Dome until 22 June 2014.

Alongside the main display in the Flower Dome the Gardens is also hosting a number of other events, many of them free, for visitors to enjoy.  Last Friday evening we went along to just one such event, a movie screening under the Supertree Grove.  Of course as the current theme is a French theme the movie night also had a French theme to it with the screening of the animated movie, Je Jour des Corneilles (The Day of the Crows).

The movie was in French with English subtitles (the voice over actors included Jean Reno) and told the story of the love between a father and his son.  Without giving too much away the boy lives with his father in the forest and, prevented by his father from exploring beyond the forest boundaries he grows up wild and ignorant of the way of men.  Events eventually force him to go to the village and this marks a turning point in his life.  I won't say any more about the movie in case you want to see it for yourself but it was a nice, family friendly film and just right for the occasion.

Luckily although it had rained quite heavily during the day by the evening it had stopped and despite the grass still being fairly damp and me managing to step in a large puddle just as we arrived it did not spoil our evening.  We, and many others watching of all ages, took along picnics and thoroughly enjoyed our evening under the Supertrees. 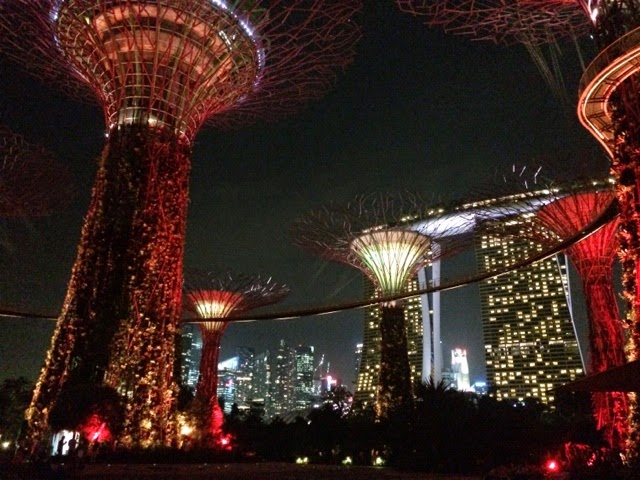 The movie ended just in time for us to then catch the second showing of the nightly OCBC Garden Rhapsody which, by the way, is free to view.  The music and light show takes you on a journey through the rainforests of Australasia and Oceania.  I'd not seen this previously but it was a lovely way to finish off our evening.  It certainly provided one of those 'wow' moments as the trees changed colour to the music with Marina Bay Sands and the CBD providing an amazing backdrop to the show. 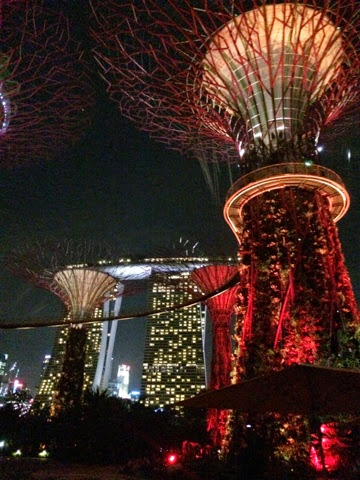 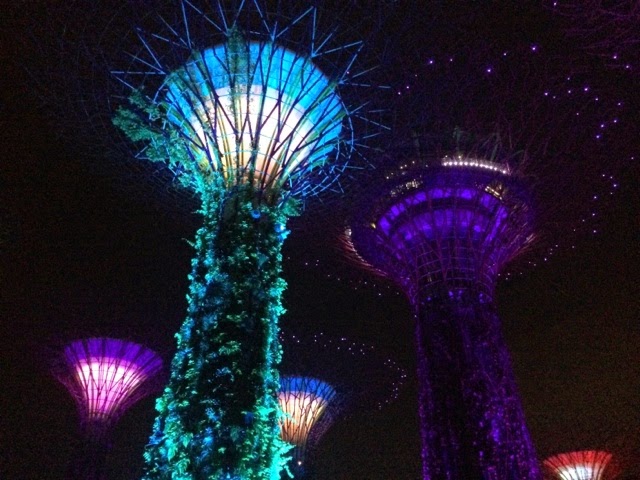 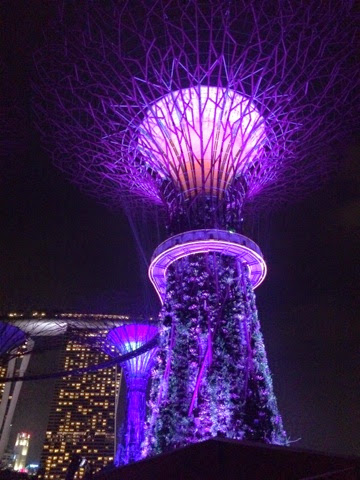 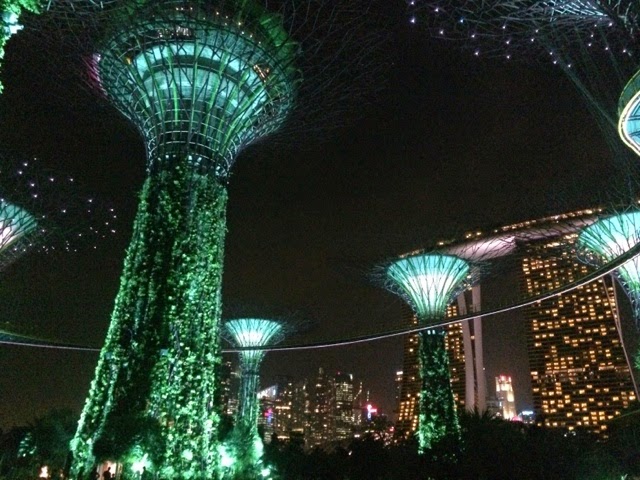 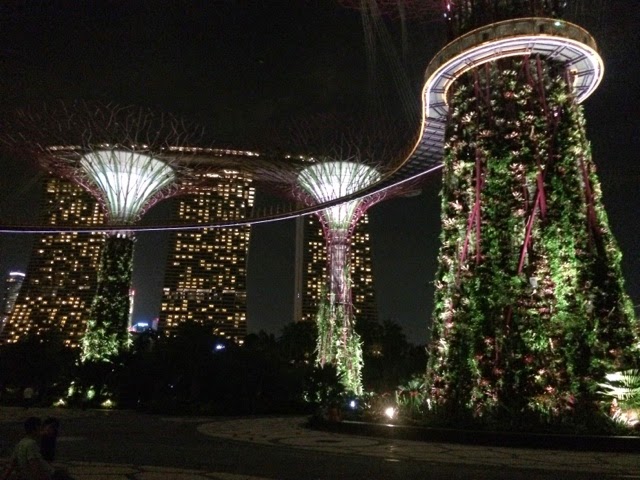 There are regular events on at the Gardens for all the family, check out Gardens by the Bay website for further details.